Your First Look at FIREFLY #9 From BOOM! Studios 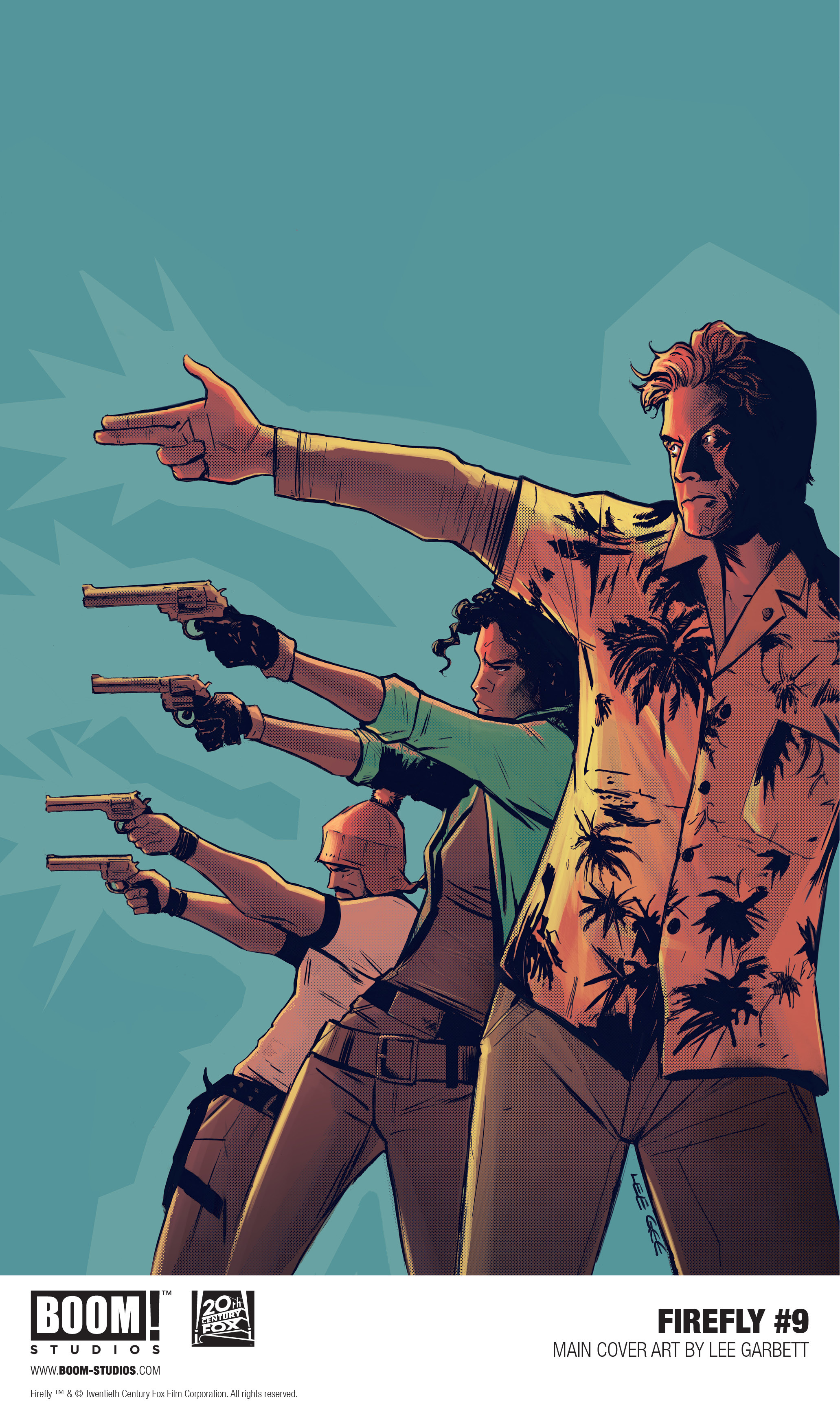 The final showdown with bounty hunter Boss Moon starts here! With nowhere else to turn, and danger around every corner, Mal and the crew of Serenity must decide who’s the greater threat- their enemy Boss Moon or their other enemy, the Alliance?

FIREFLY #9 is available September 18, 2019 exclusively in comic shops (use comicshoplocator.com to find the nearest one) or at the BOOM! Studios webstore. Digital copies can be purchased from content providers, including comiXology, iBooks, Google Play, and the BOOM! Studios app. 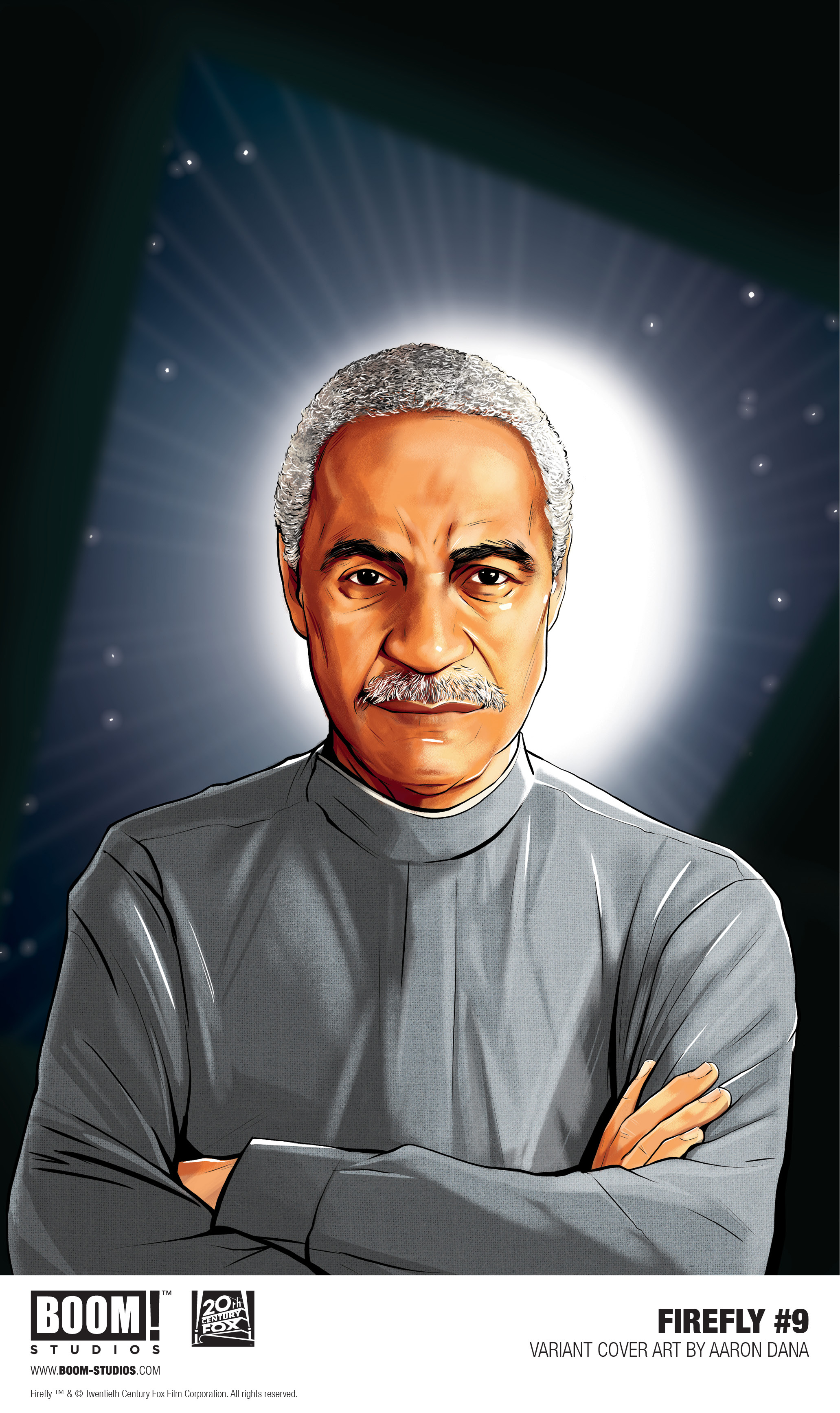 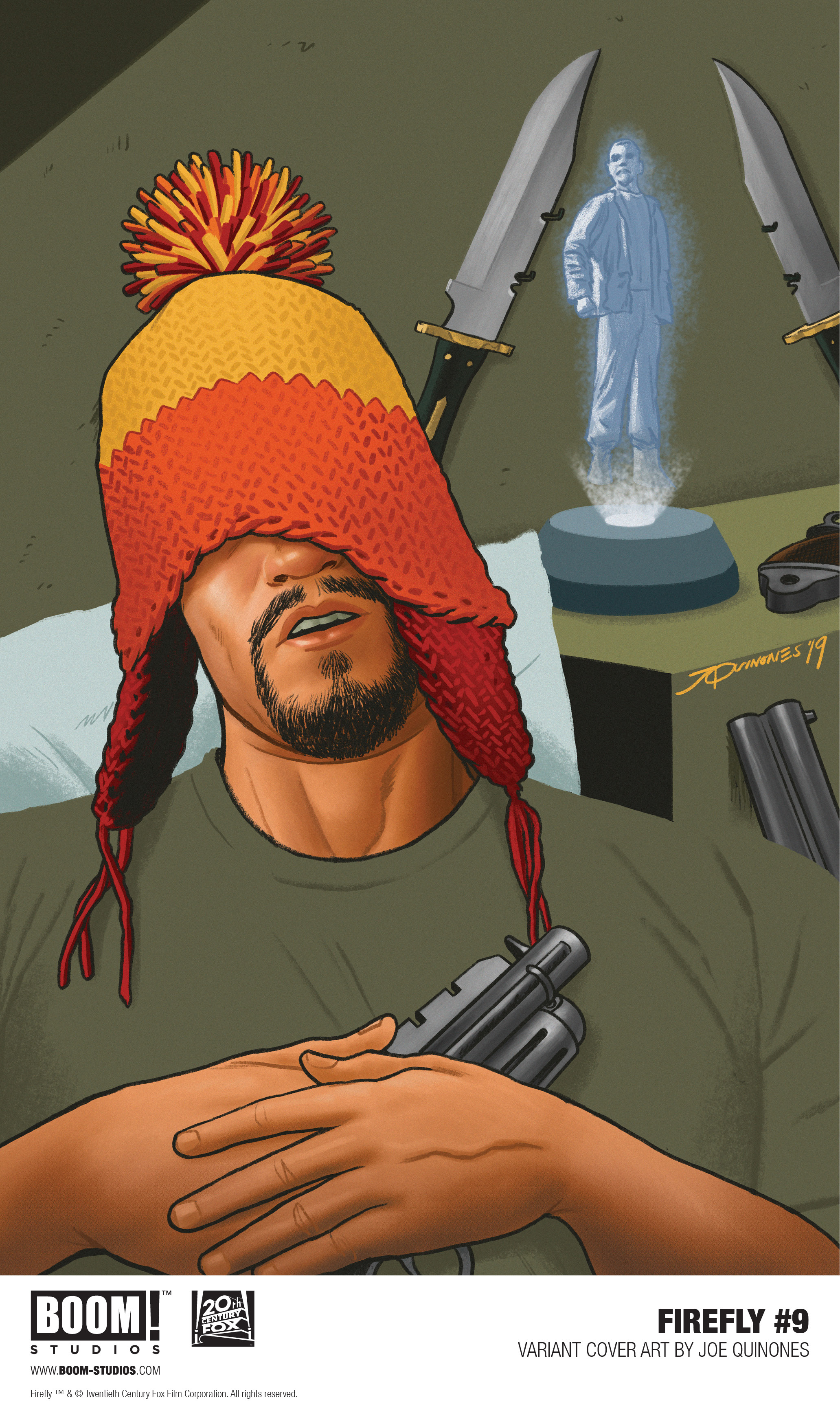 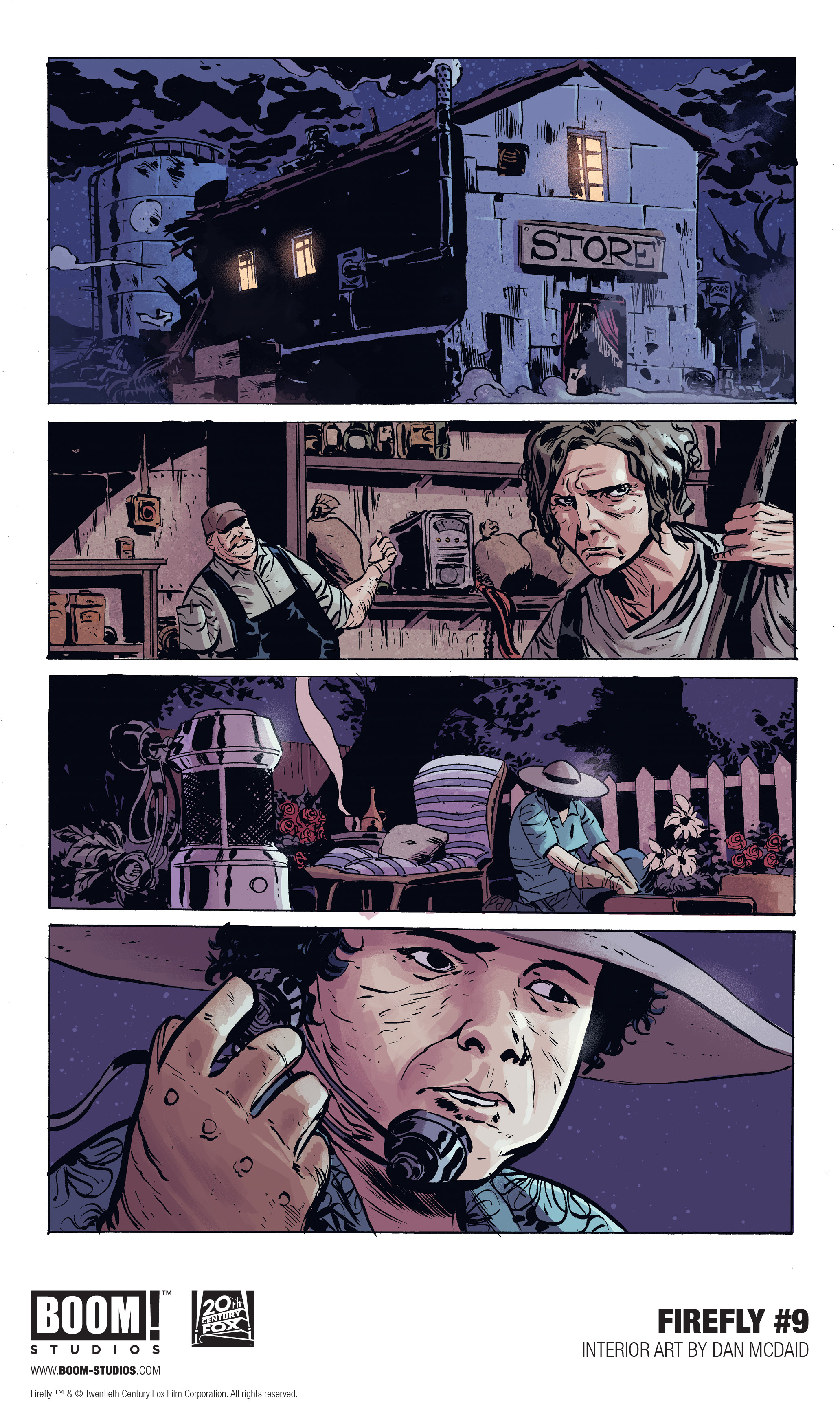 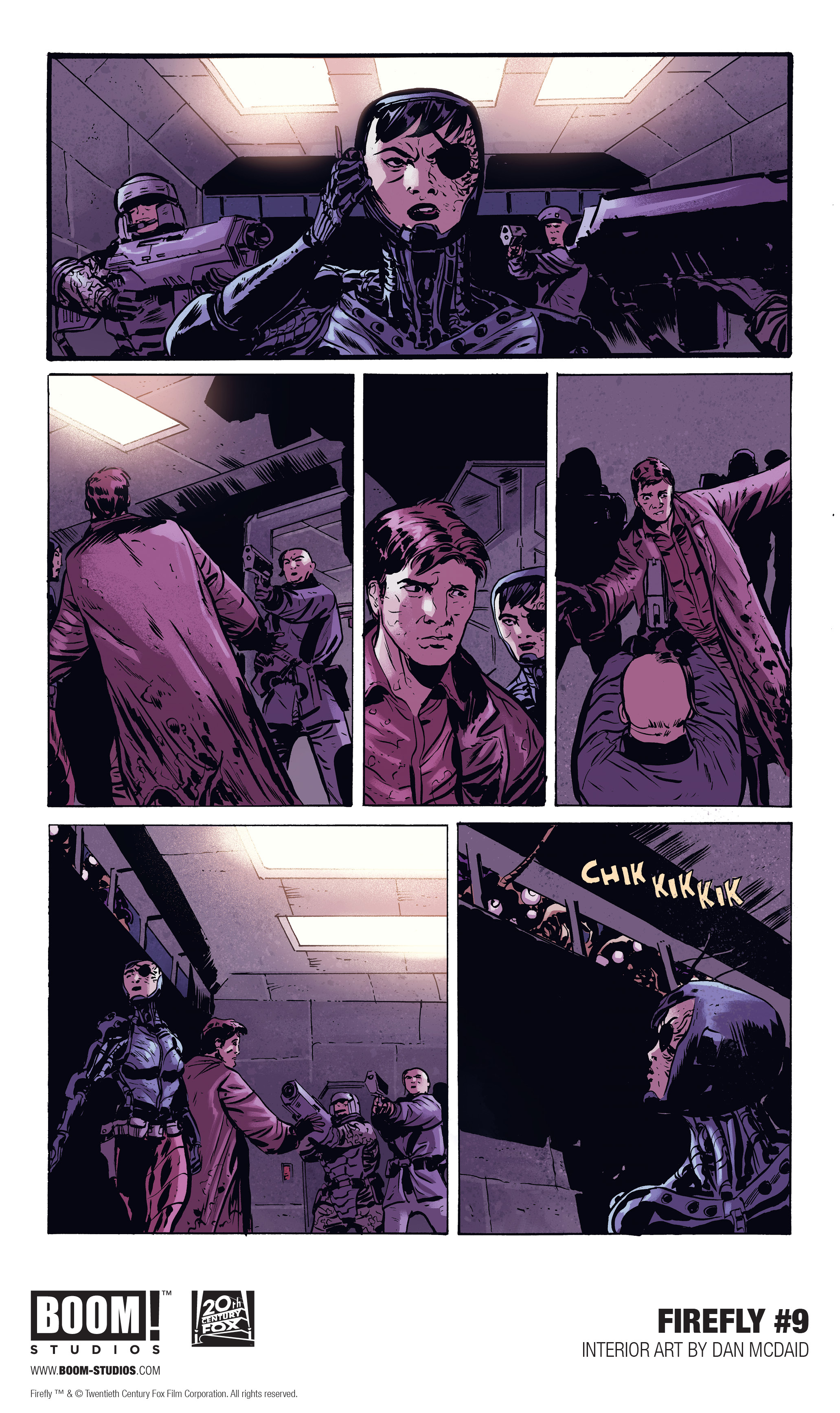 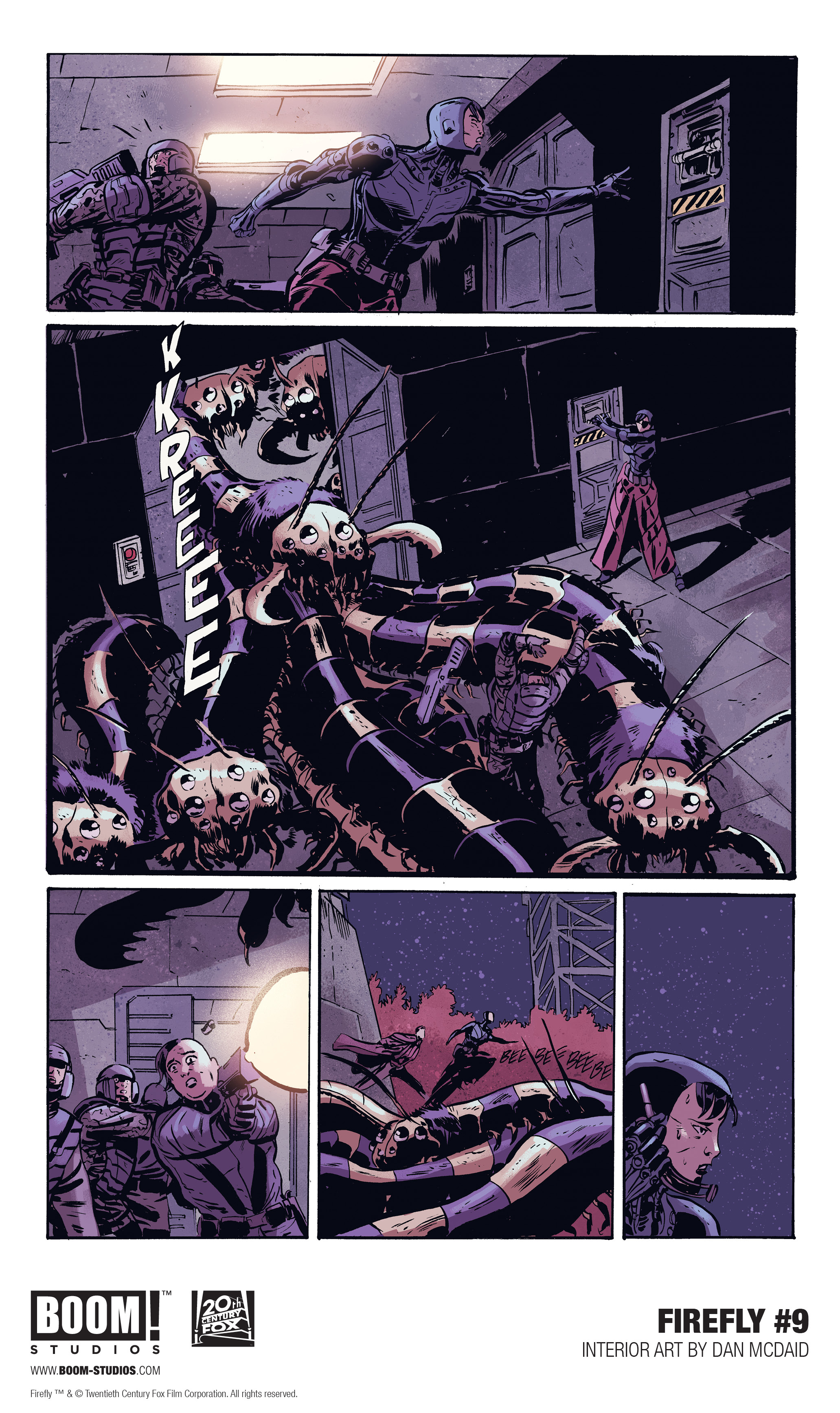 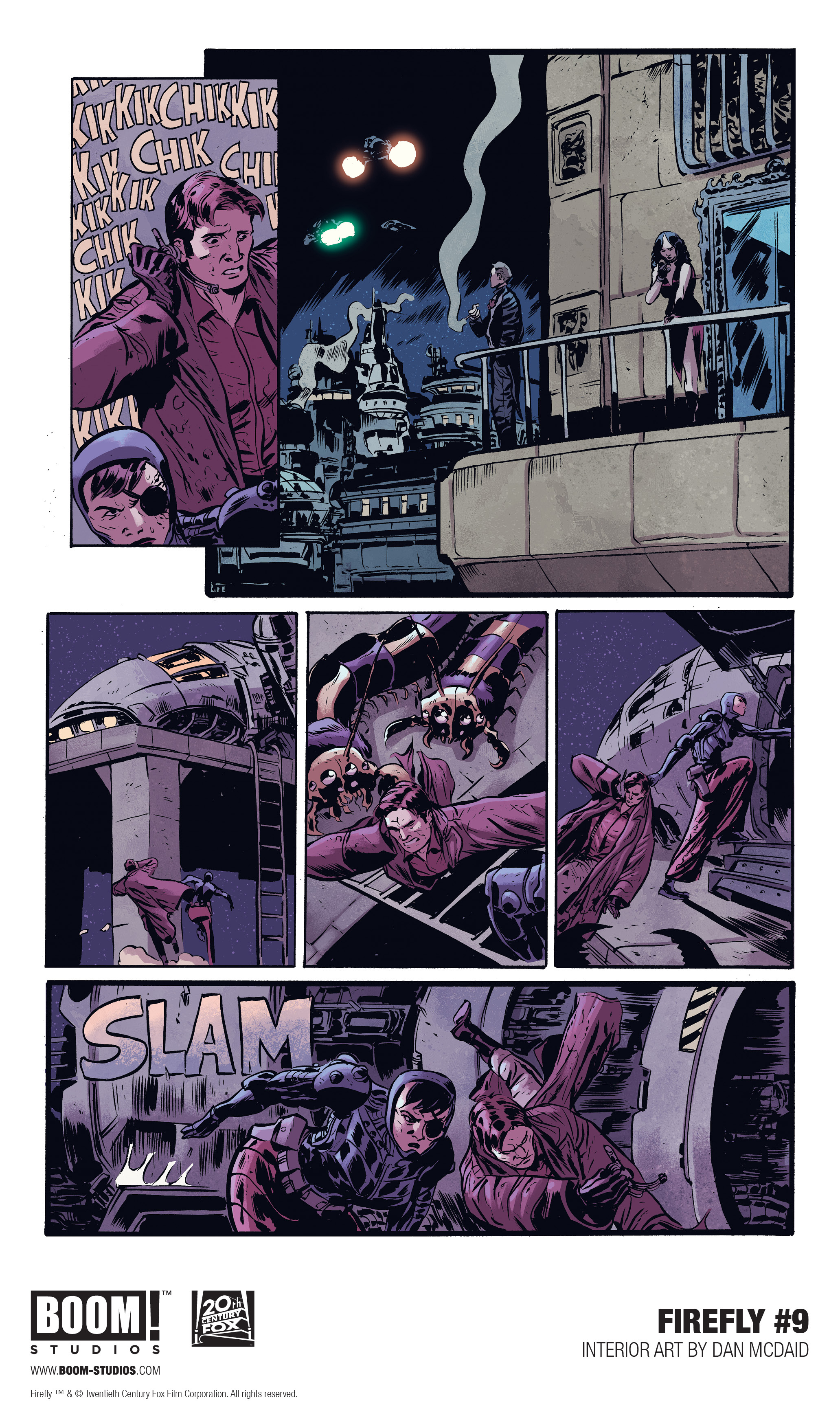 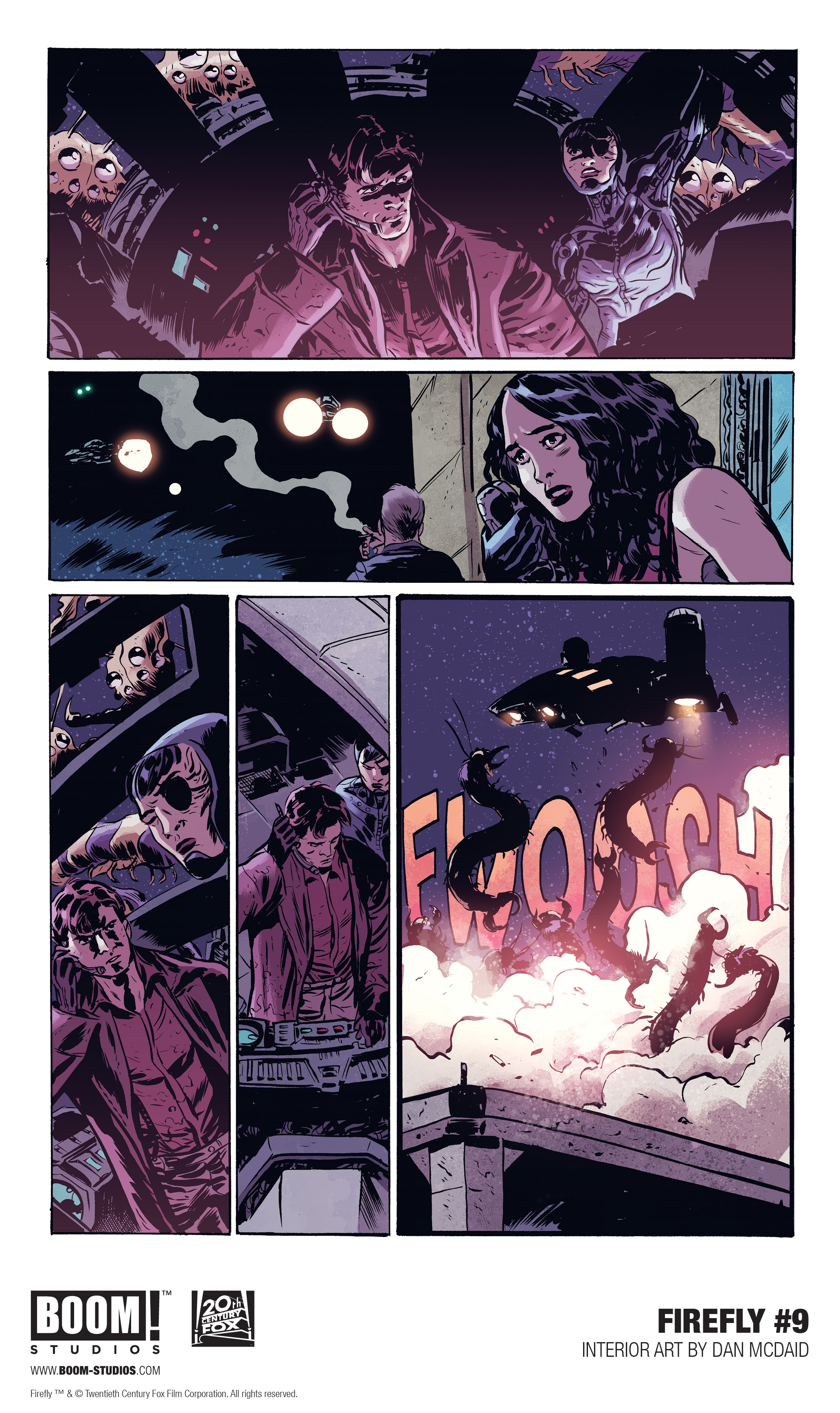