Your First Look at FIREFLY #8 From BOOM! Studios 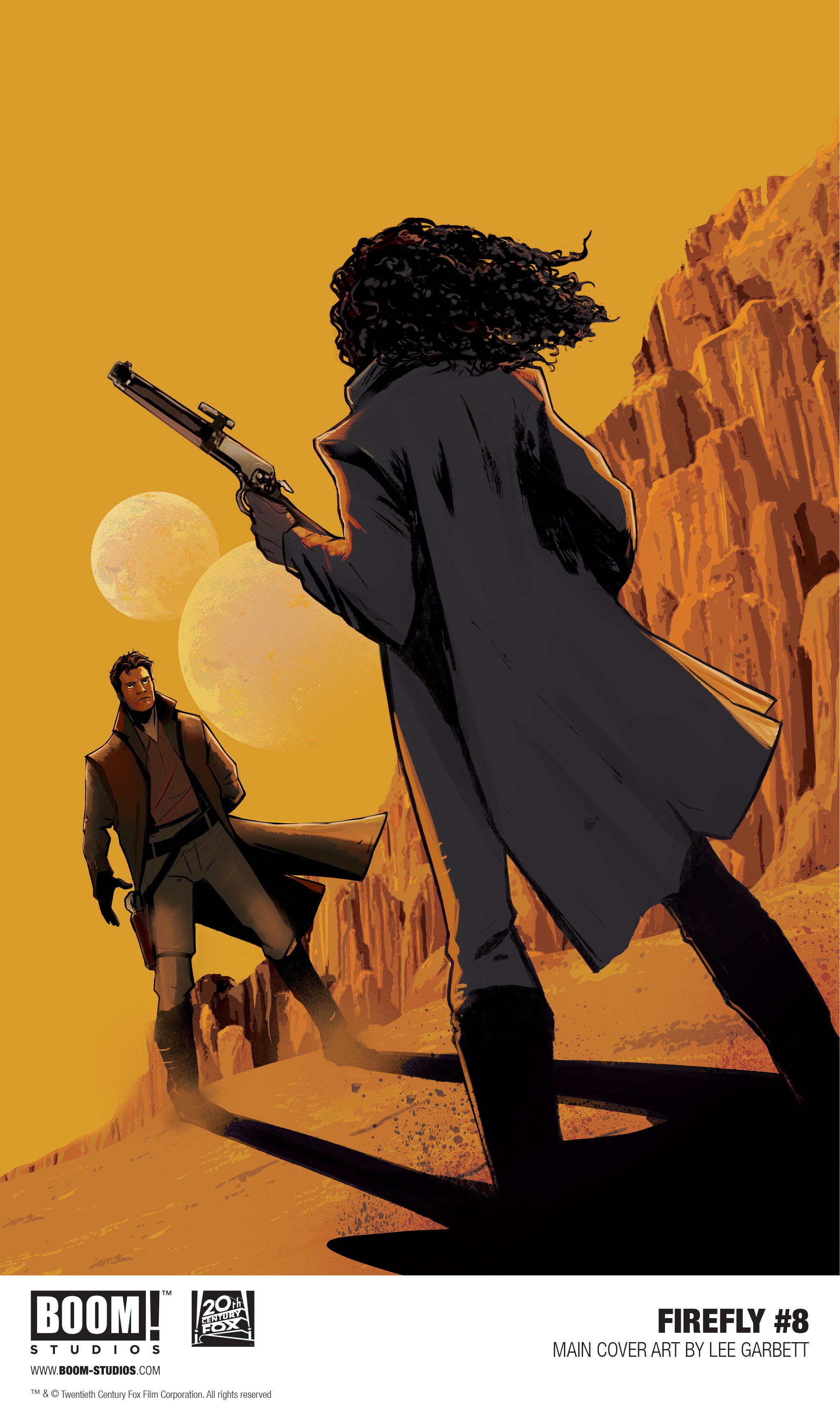 Zoe and Mal are missing so it’s up to the rest of the crew and their new friend, the gunslinger Leonard Chang-Benitez, to save the day! What can a former preacher, jokester pilot, soft-hearted engineer, proper Companion, and two fugitive siblings do to get their crew members back from a bloodthirsty gang of thugs and a militia of underground Browncoats? Actually, a lot, it turns out. But there’s danger at every step and if anyone makes a wrong move, the whole plan will fall to pieces in an instant!

FIREFLY #8 is available July 17, 2019 exclusively in comic shops (use comicshoplocator.com to find the nearest one) or at the BOOM! Studios webstore. Digital copies can be purchased from content providers, including comiXology, iBooks, Google Play, and the BOOM! Studios app. 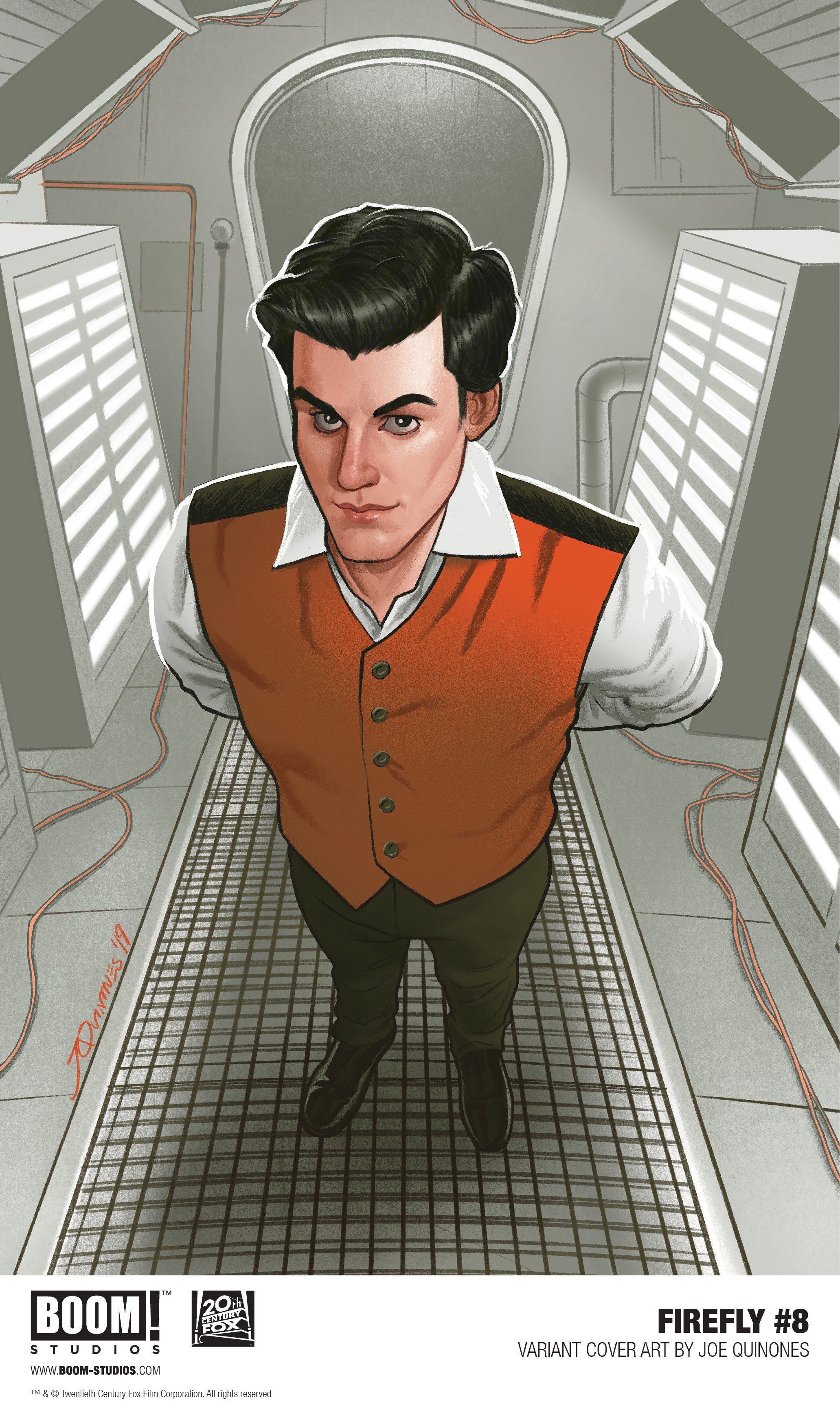 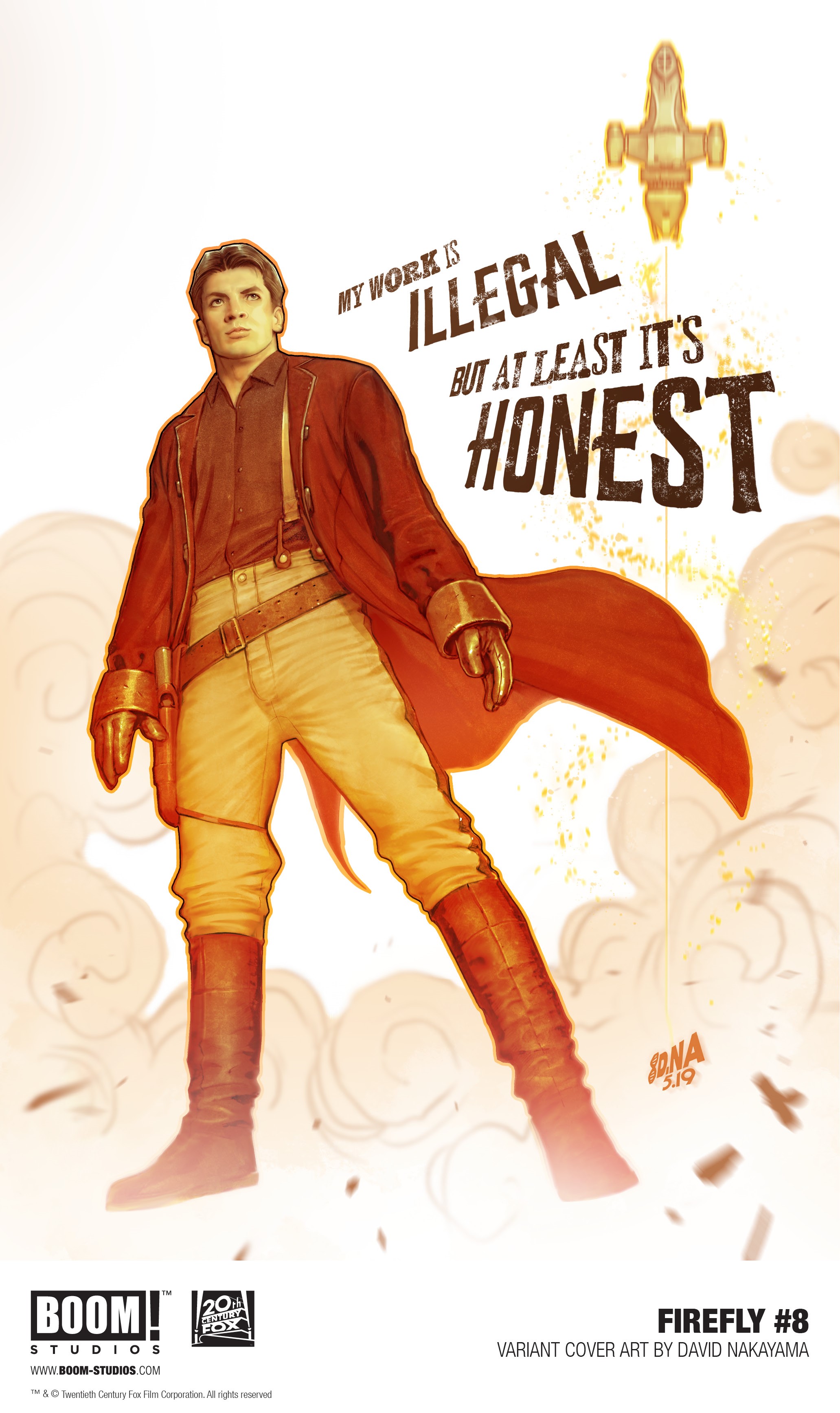 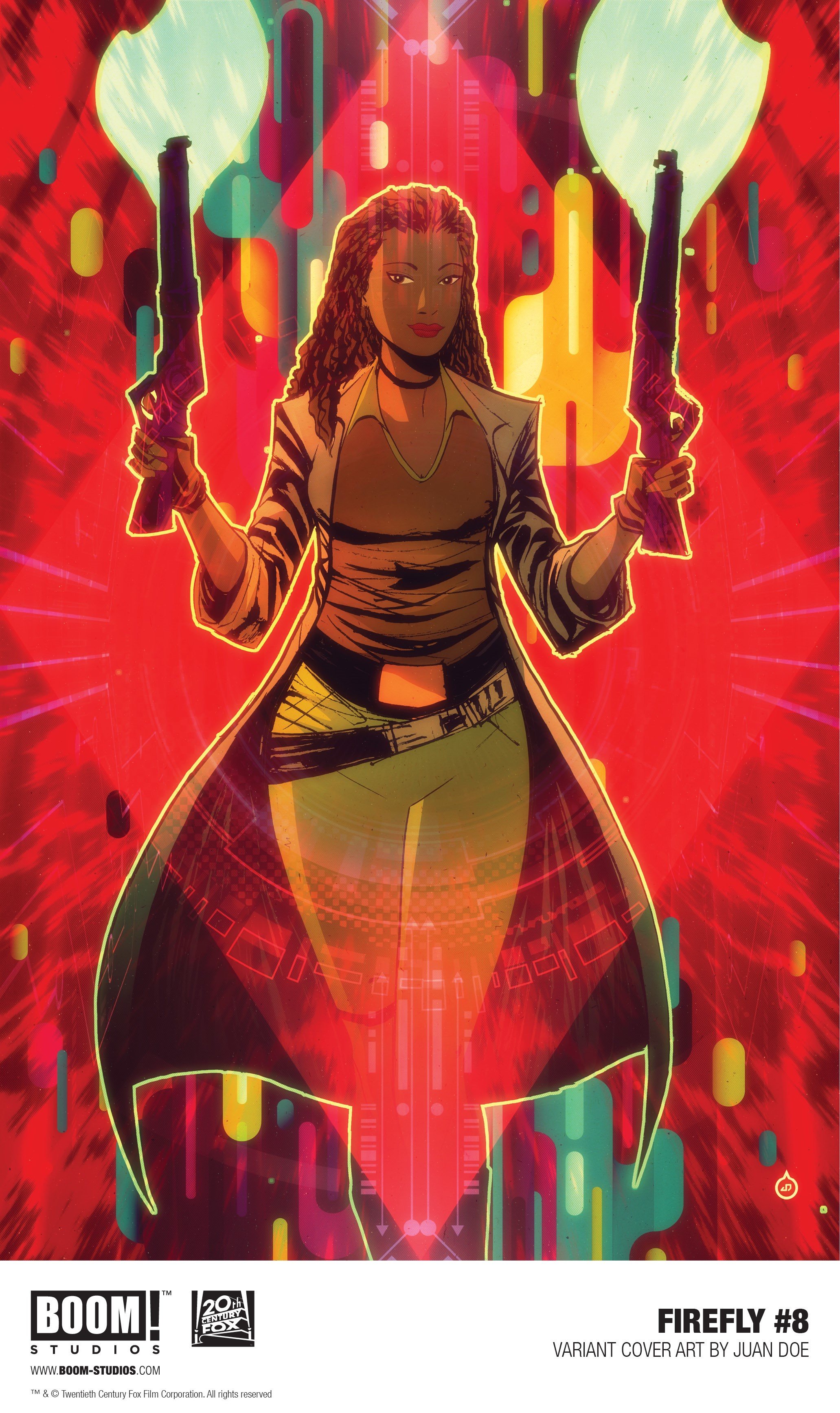 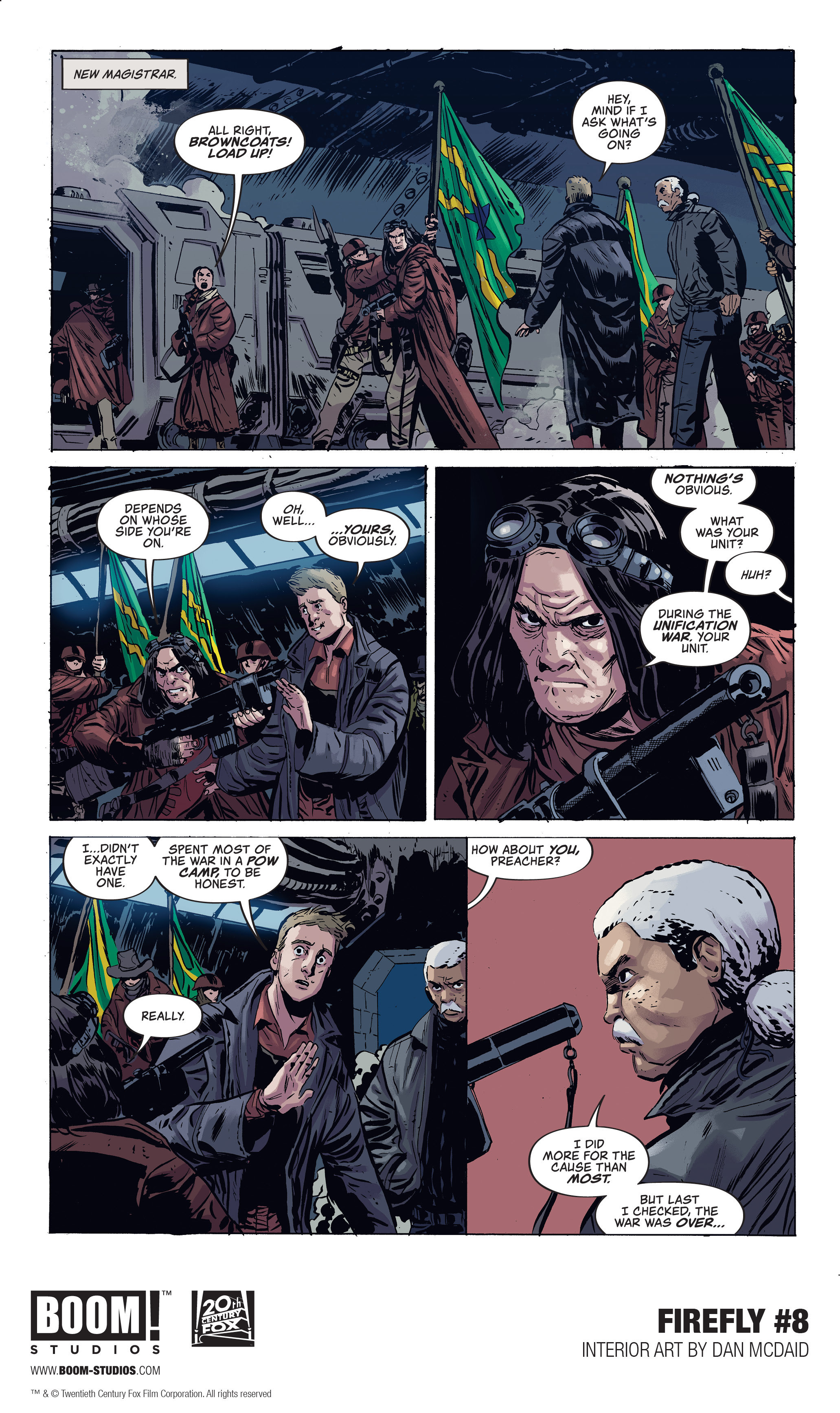 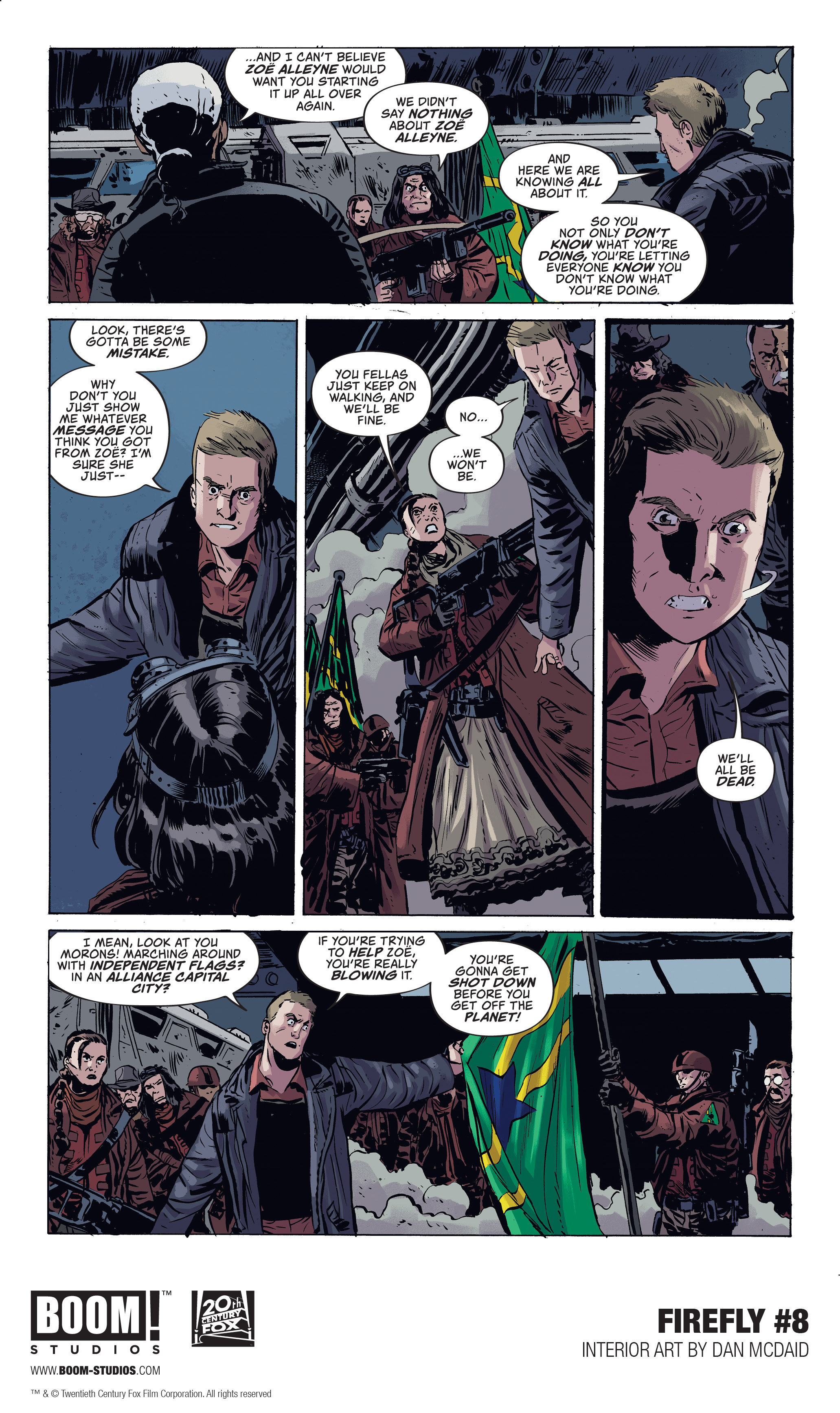 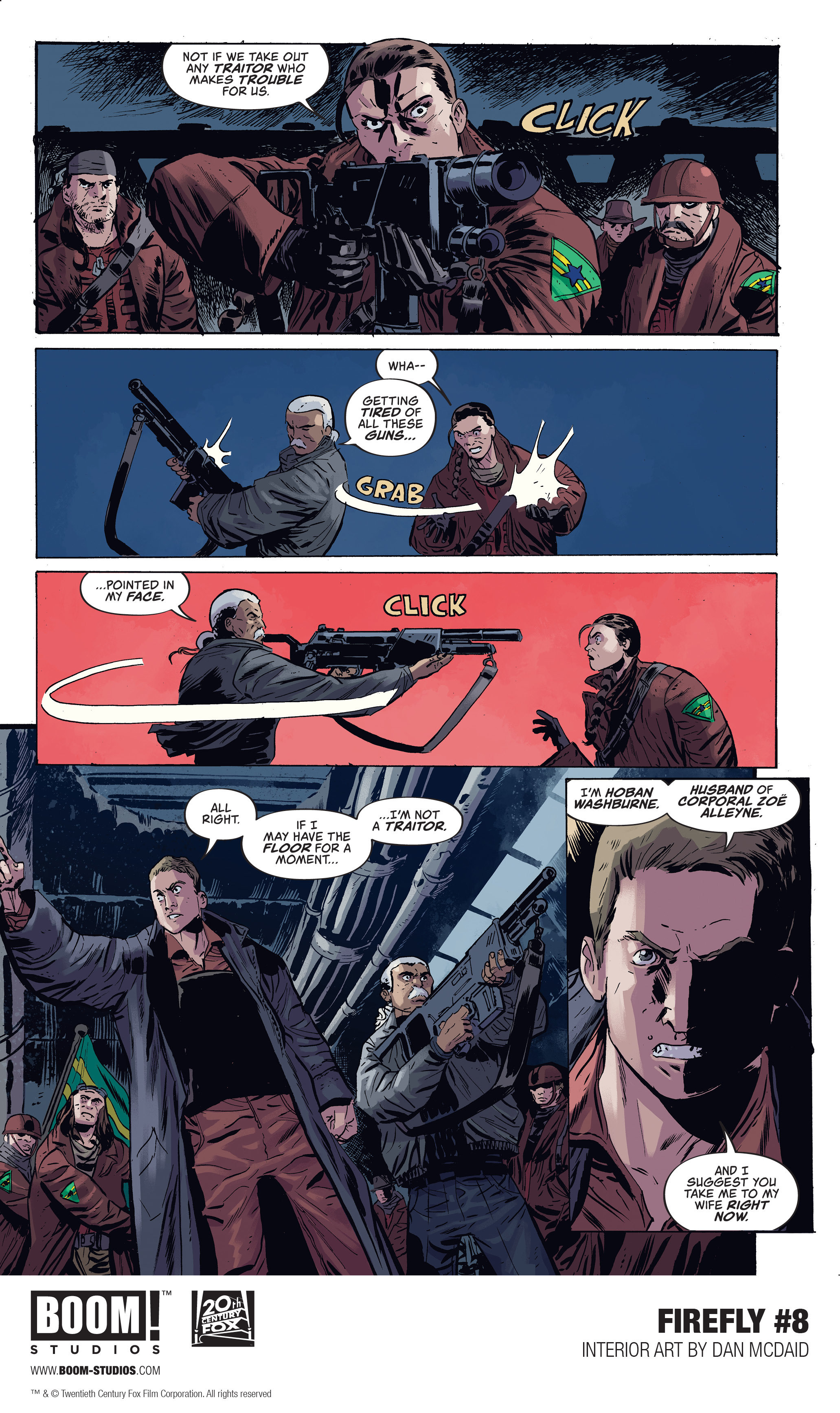 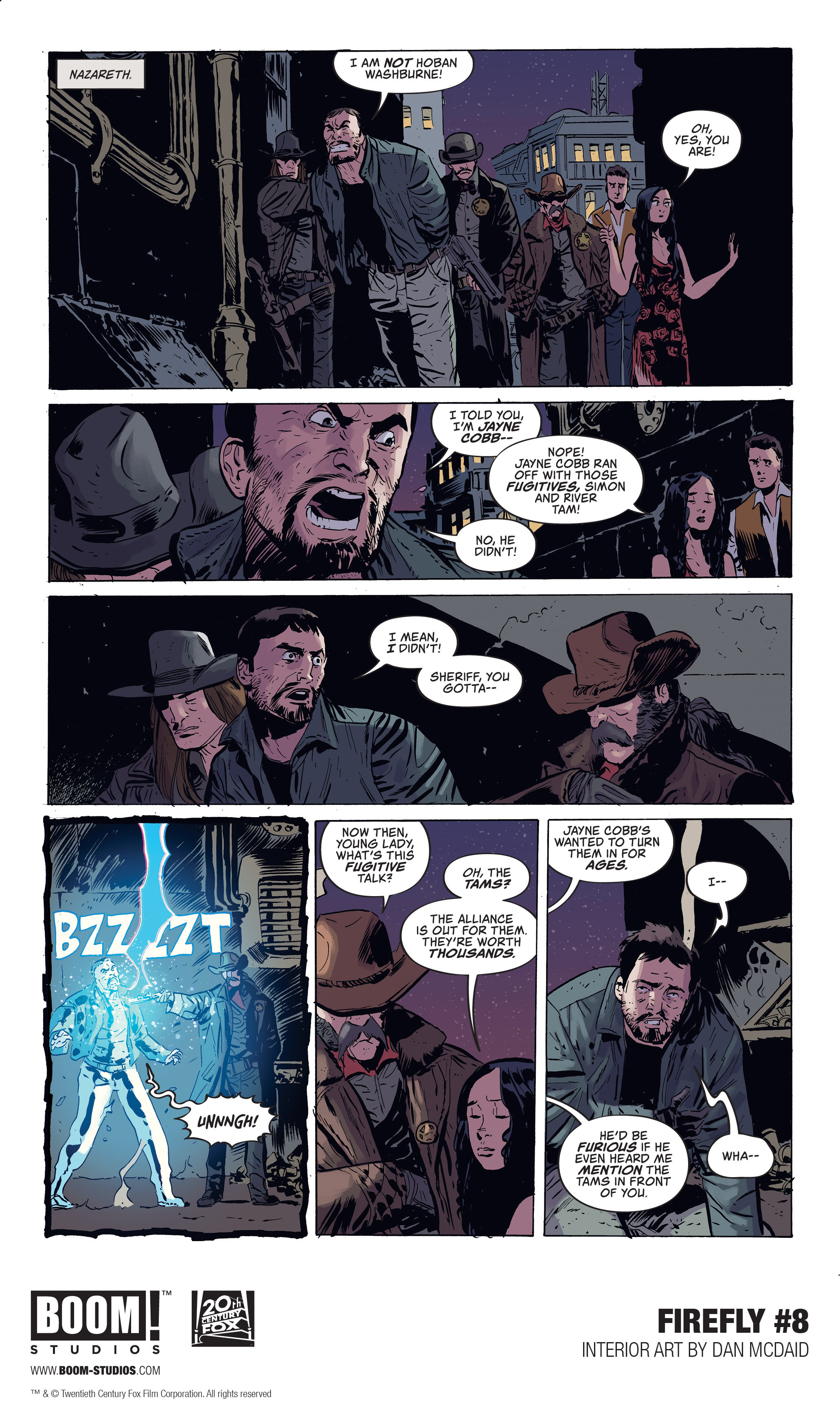 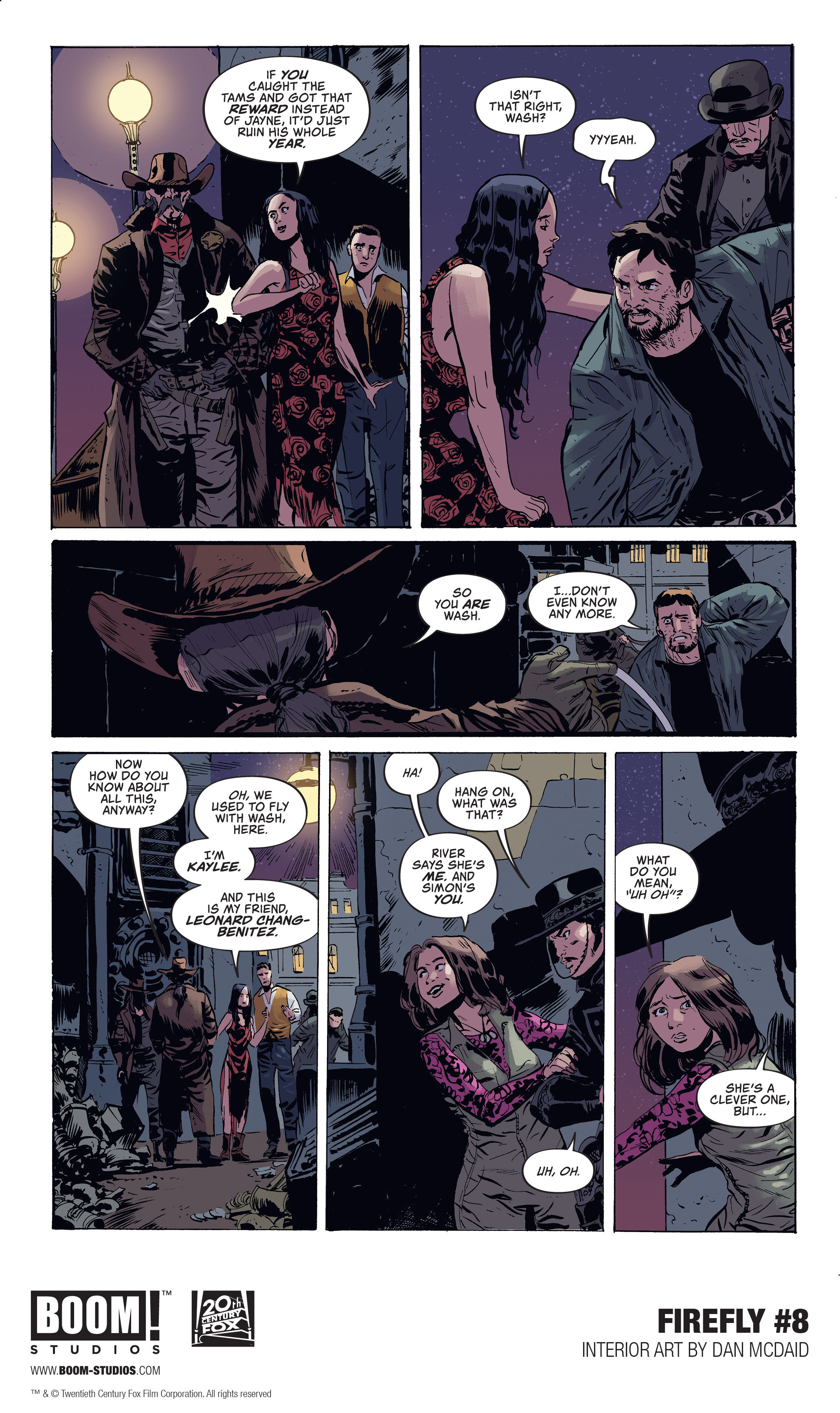