Your First Look at FIREFLY #10 From BOOM! Studios 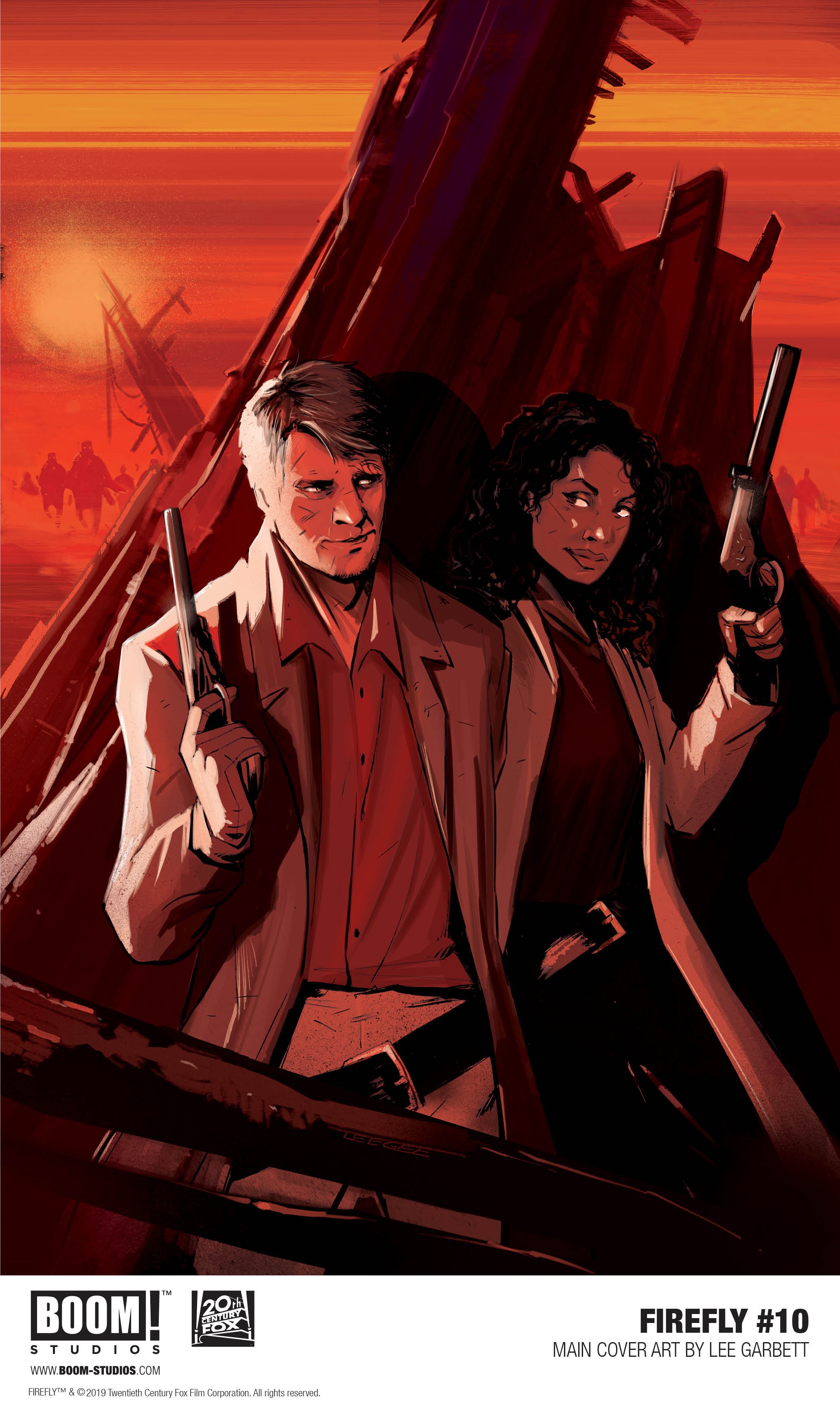 Zoë is back, with a Browncoat army, to save Mal and depose Boss Moon! But a lot has changed since she left—and she could never have guessed that Mal and Boss Moon are now allies, bound by mutual respect. With the Browncoats taking over the planet, Mal and Boss Moon must choose a side as they try to prevent all out war. Will their newfound respect for each other help them save the planet…or doom it?

FIREFLY #10 is available October 16, 2019 exclusively in comic shops (use comicshoplocator.com to find the nearest one) or at the BOOM! Studios webstore. Digital copies can be purchased from content providers, including comiXology, iBooks, Google Play, and the BOOM! Studios app.

FIREFLY is  the newest release from BOOM! Studios’ eponymous imprint, home to critically acclaimed original series, including Once & Future by Kieron Gillen and Dan Mora; Faithless by Brian Azzarello and Maria Llovet; Abbott by Saladin Ahmed and Sami Kivelä; Bury The Lede by Gaby Dunn and Claire Roe; Something is Killing the Children by James Tynion IV and Werther Dell ‘Edera; Klaus by Grant Morrison and Dan Mora; and the upcoming Folklords by Matt Kindt and Matt Smith. The imprint also publishes popular licensed properties including Joss Whedon’s Buffy The Vampire Slayer from Jordie Bellaire and David López; Angel from Bryan Edward Hill and Gleb Melnikov; and Mighty Morphin Power Rangers from Ryan Parrott and Daniele Di Nicuolo. 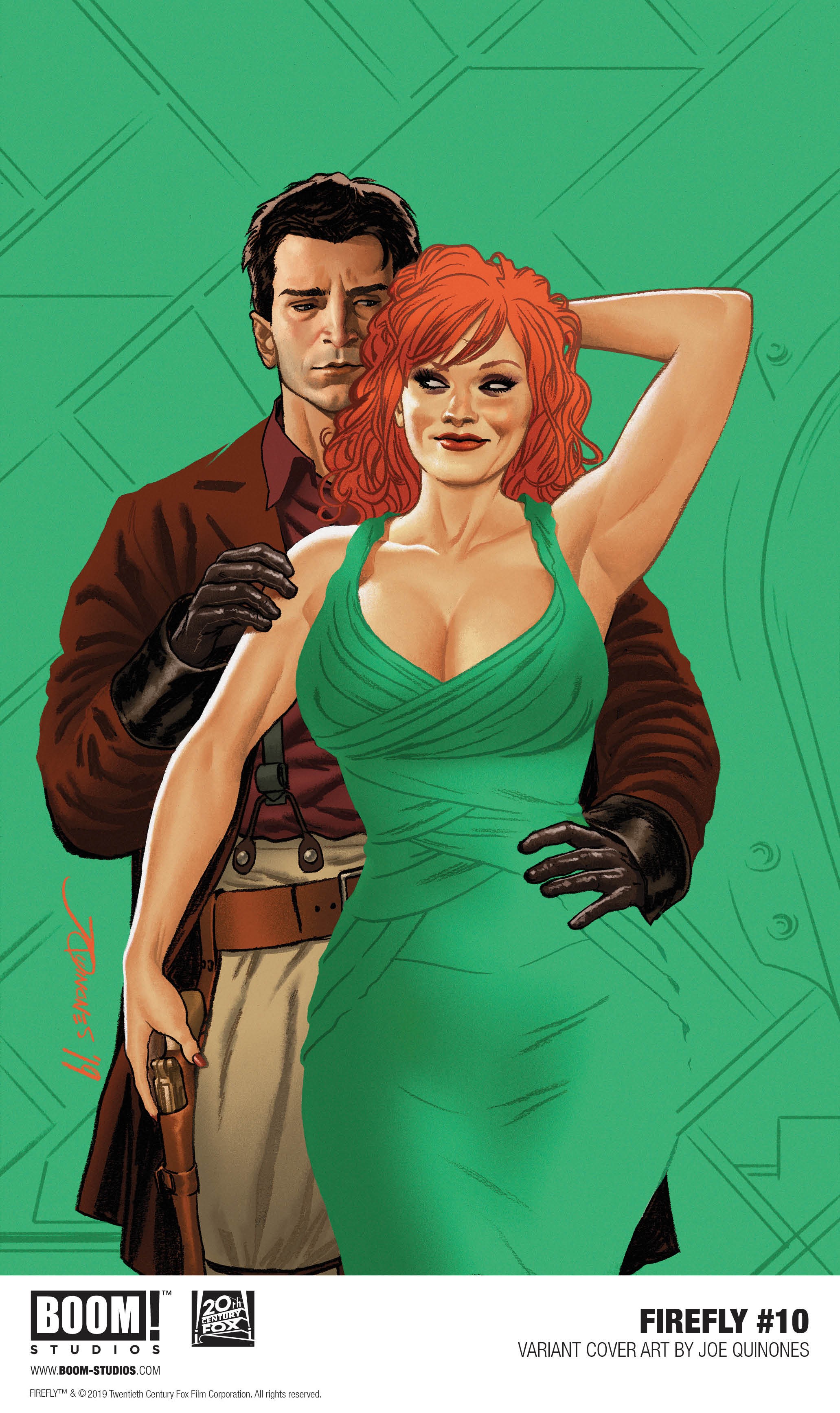 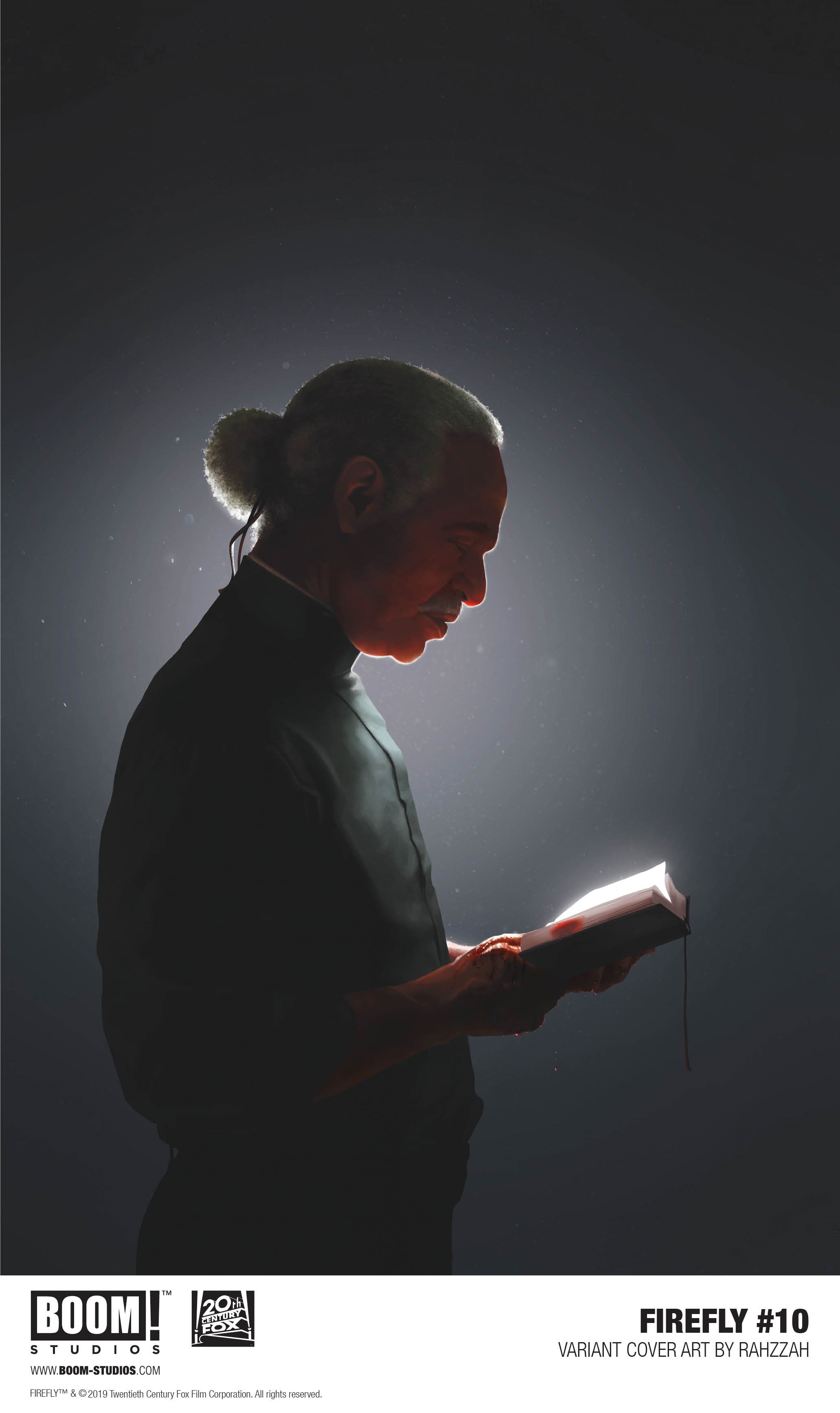 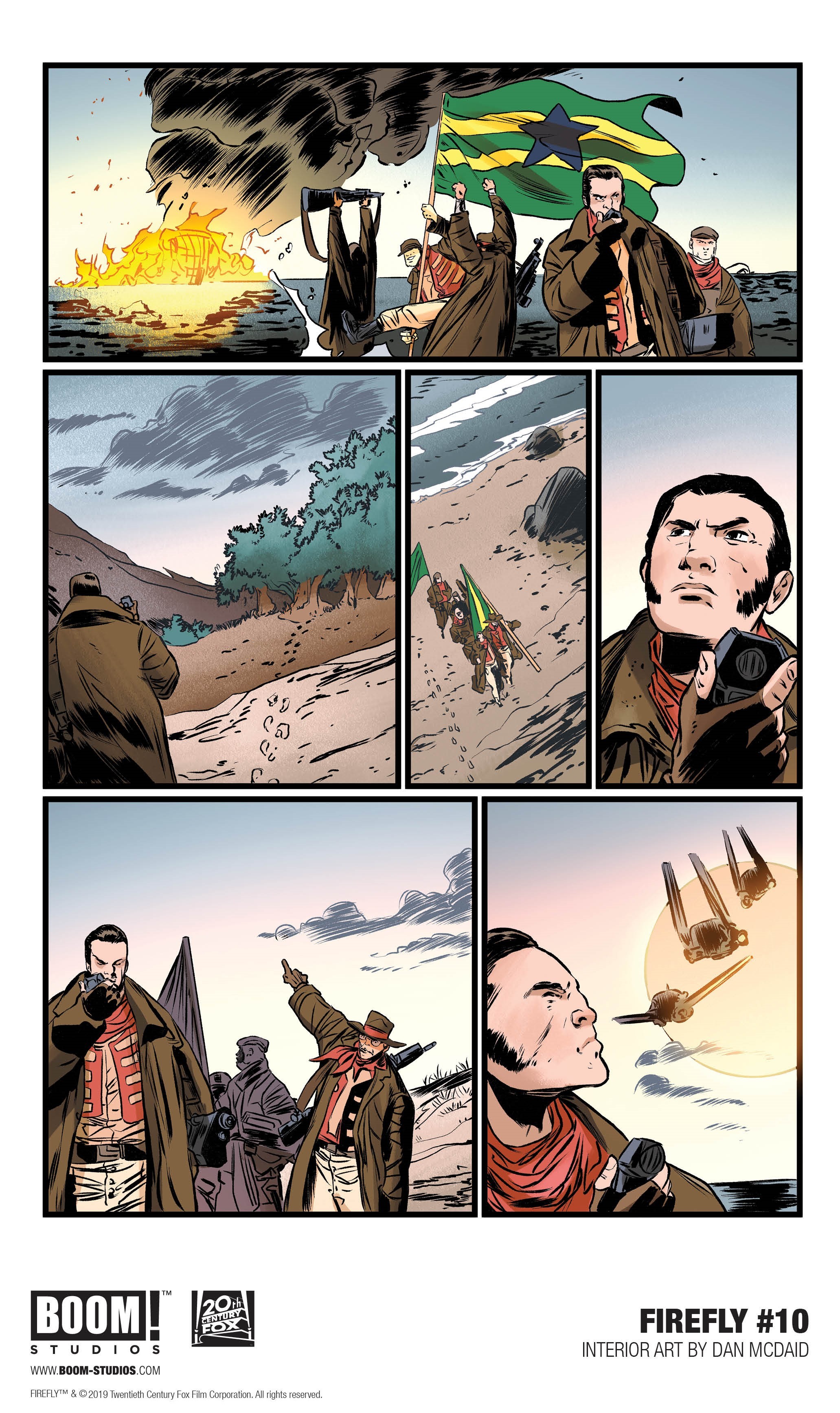 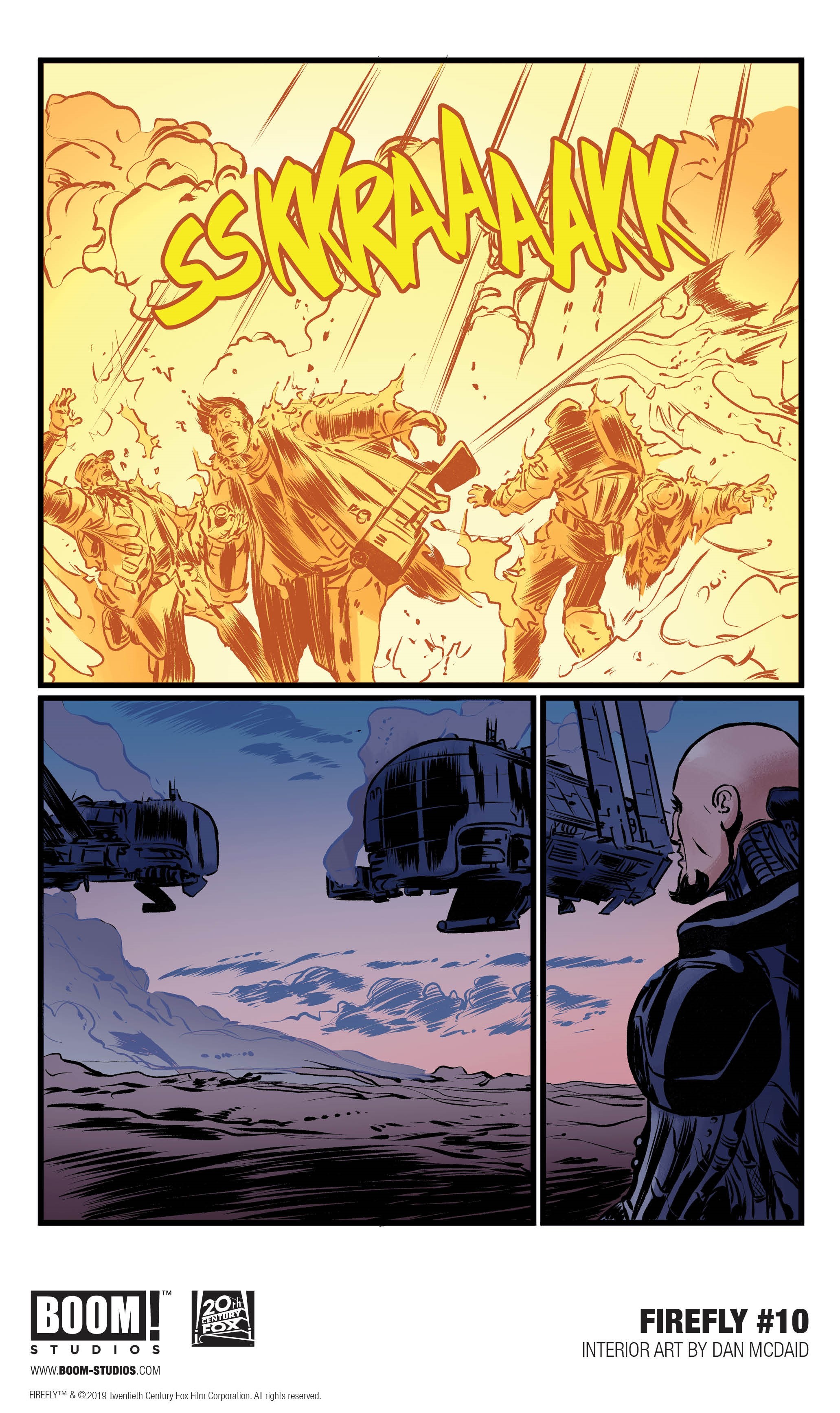 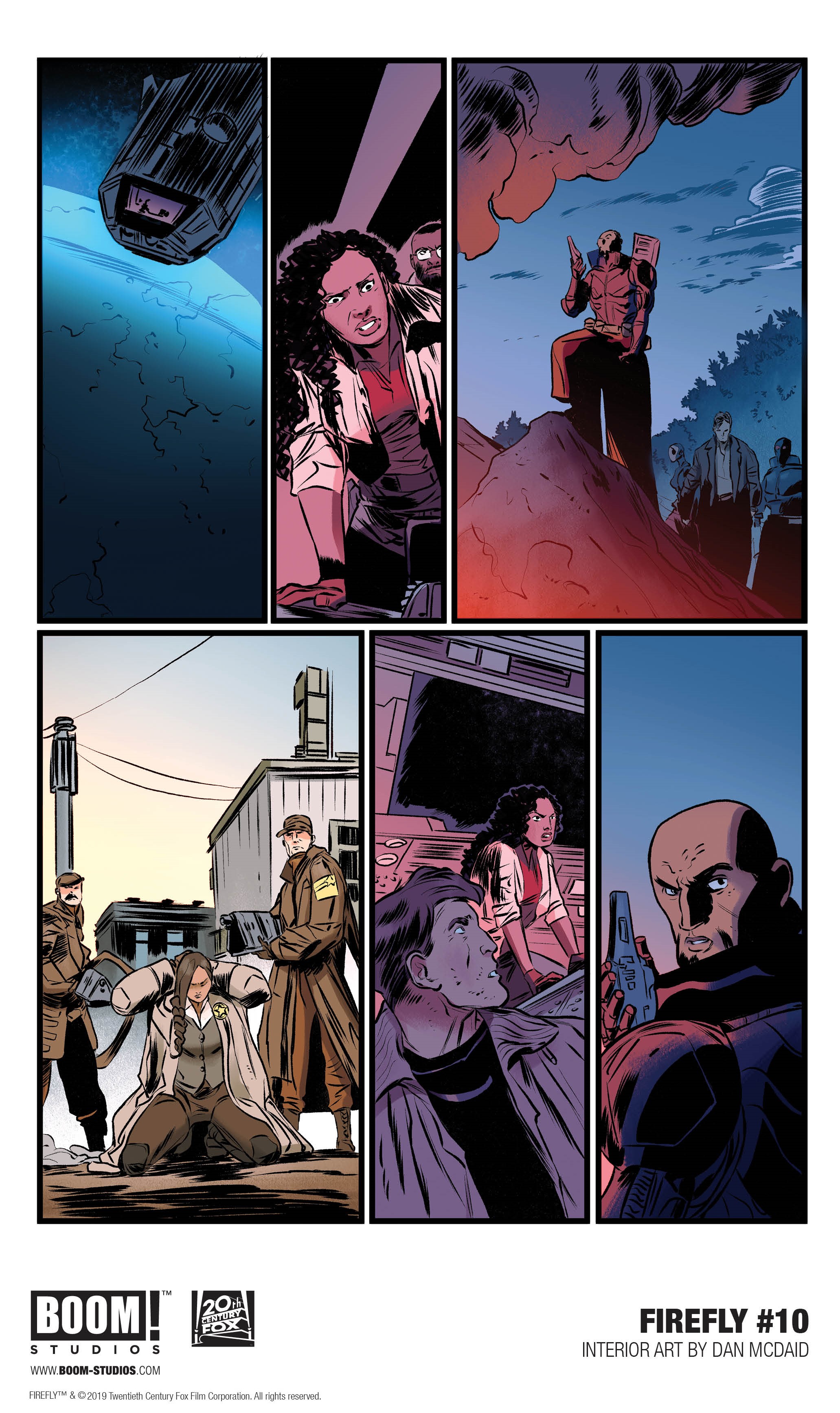 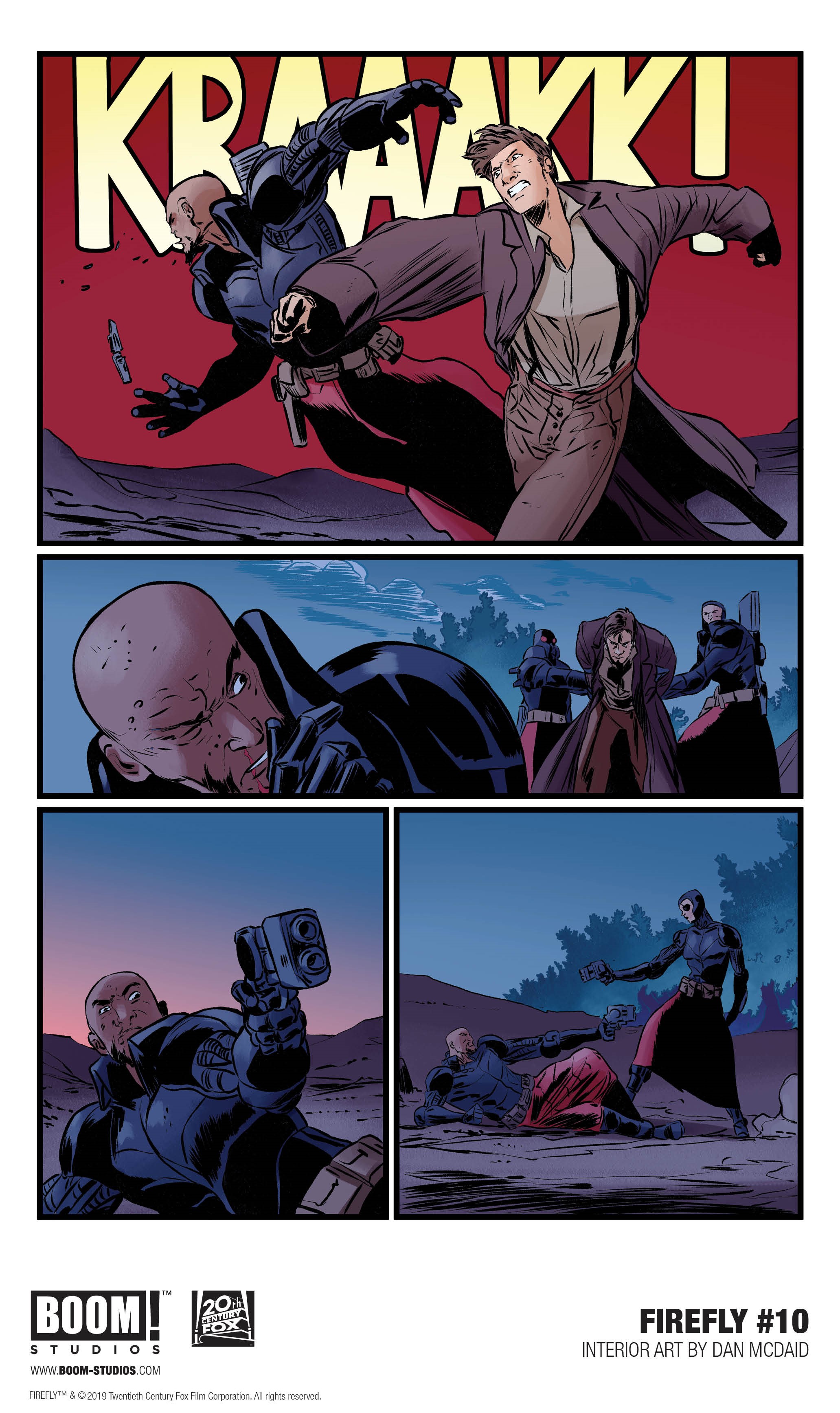 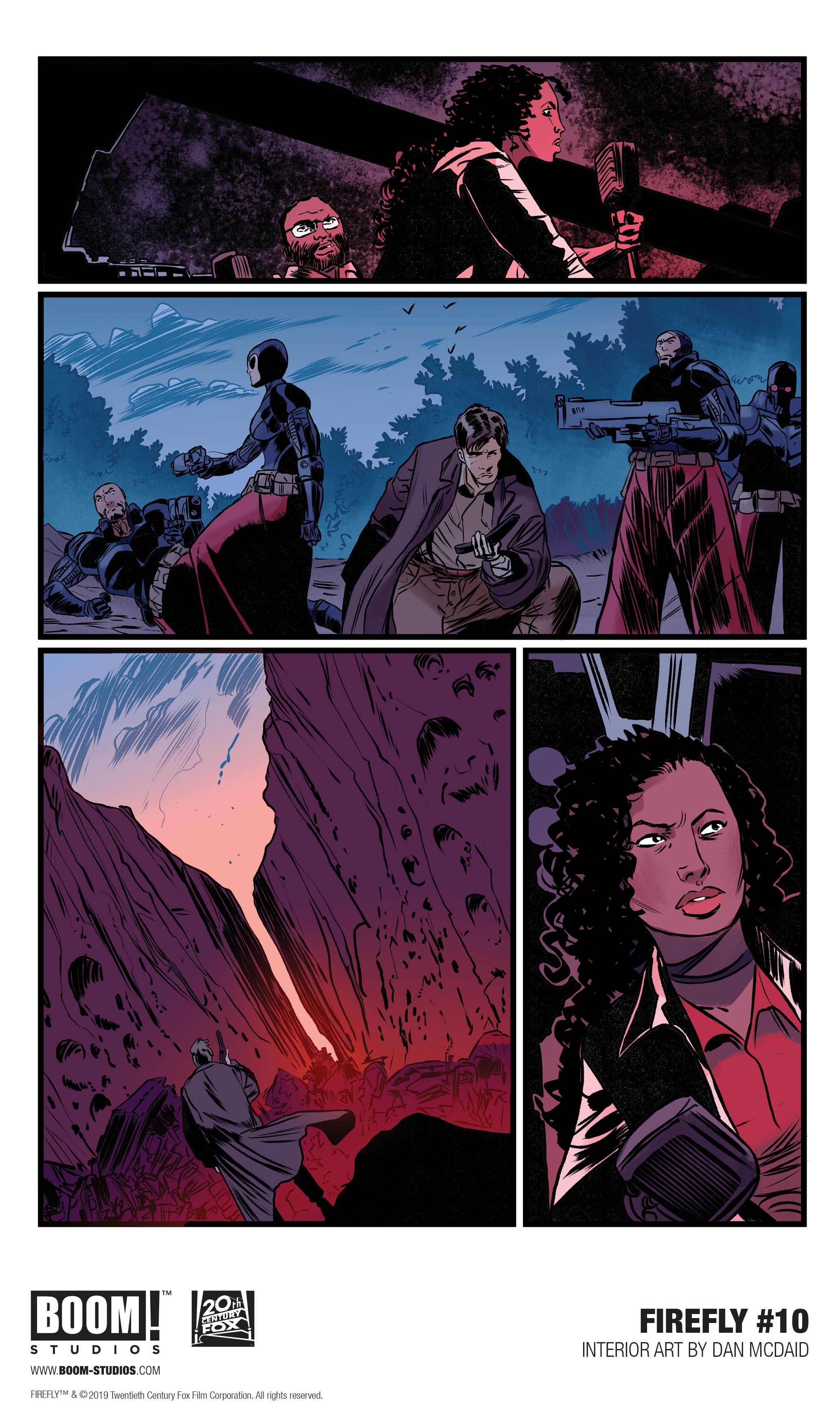