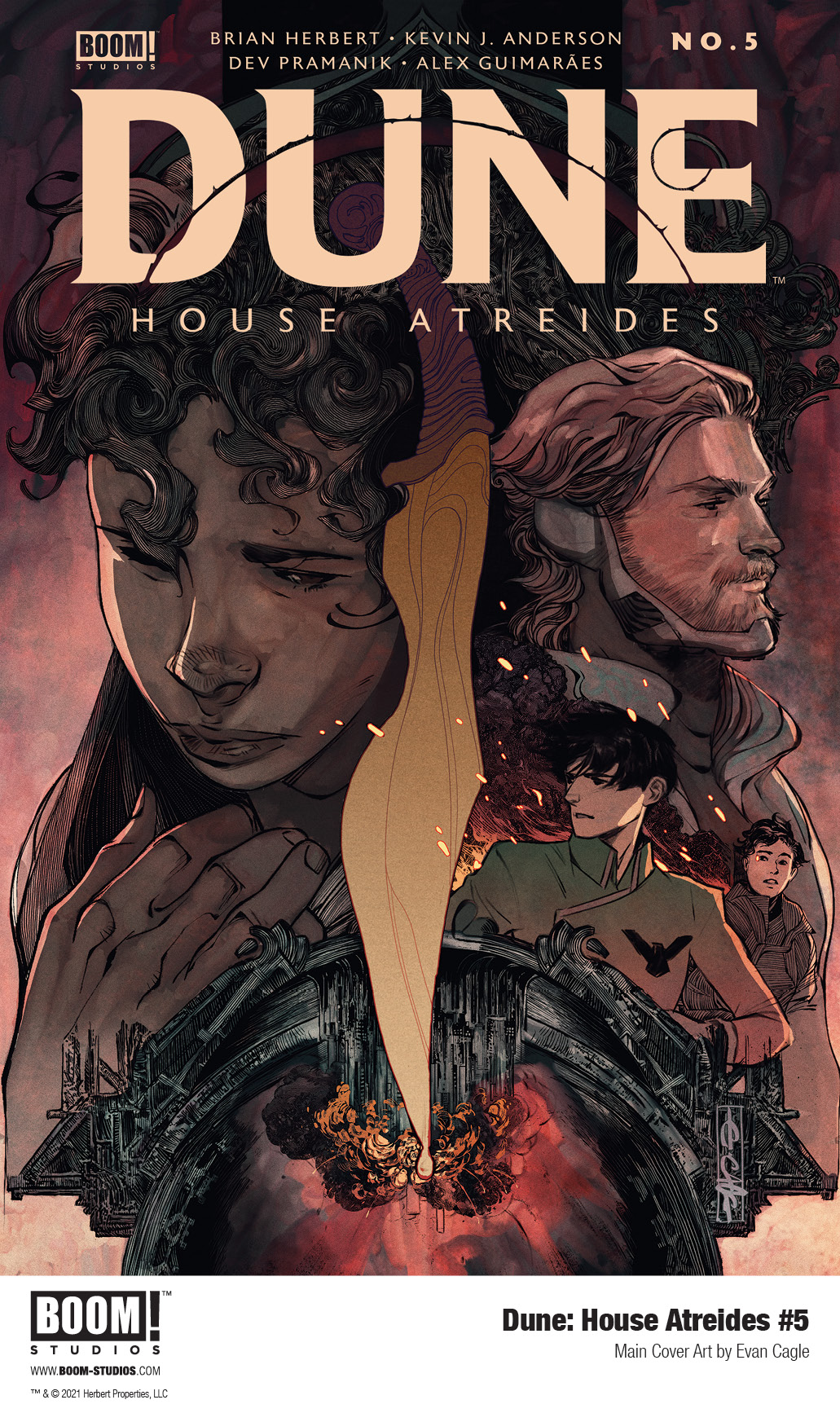 Leto brings news of the revolt brewing on Ix, but the city’s leaders make a decision that may threaten everyone… while Crown Prince Shaddam plots to overtake it. Meanwhile, Pardot Kynes begins spreading his edenic vision to terraform the desert planet of Dune into an oasis even as the native Fremen raise suspicions about his motives… and if he can truly accomplish his goals.

Print copies of DUNE: HOUSE ATREIDES #5 will be available on March 24, 2021 at local comic book shops (use comicshoplocator.com to find the one nearest you), or at the BOOM! Studios webstore. Digital copies can be purchased from content providers like comiXology, iBooks, Google Play, and Madefire. 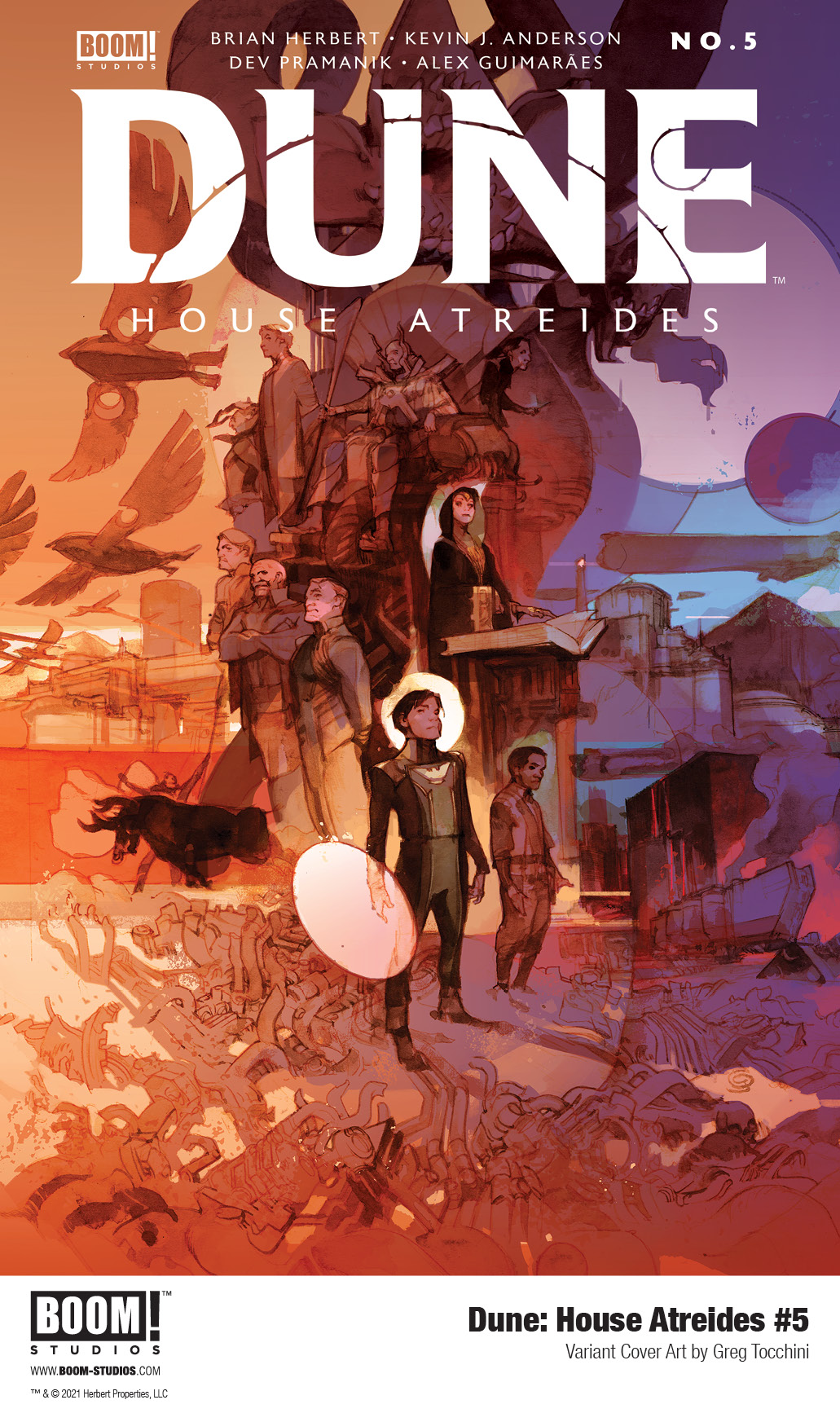 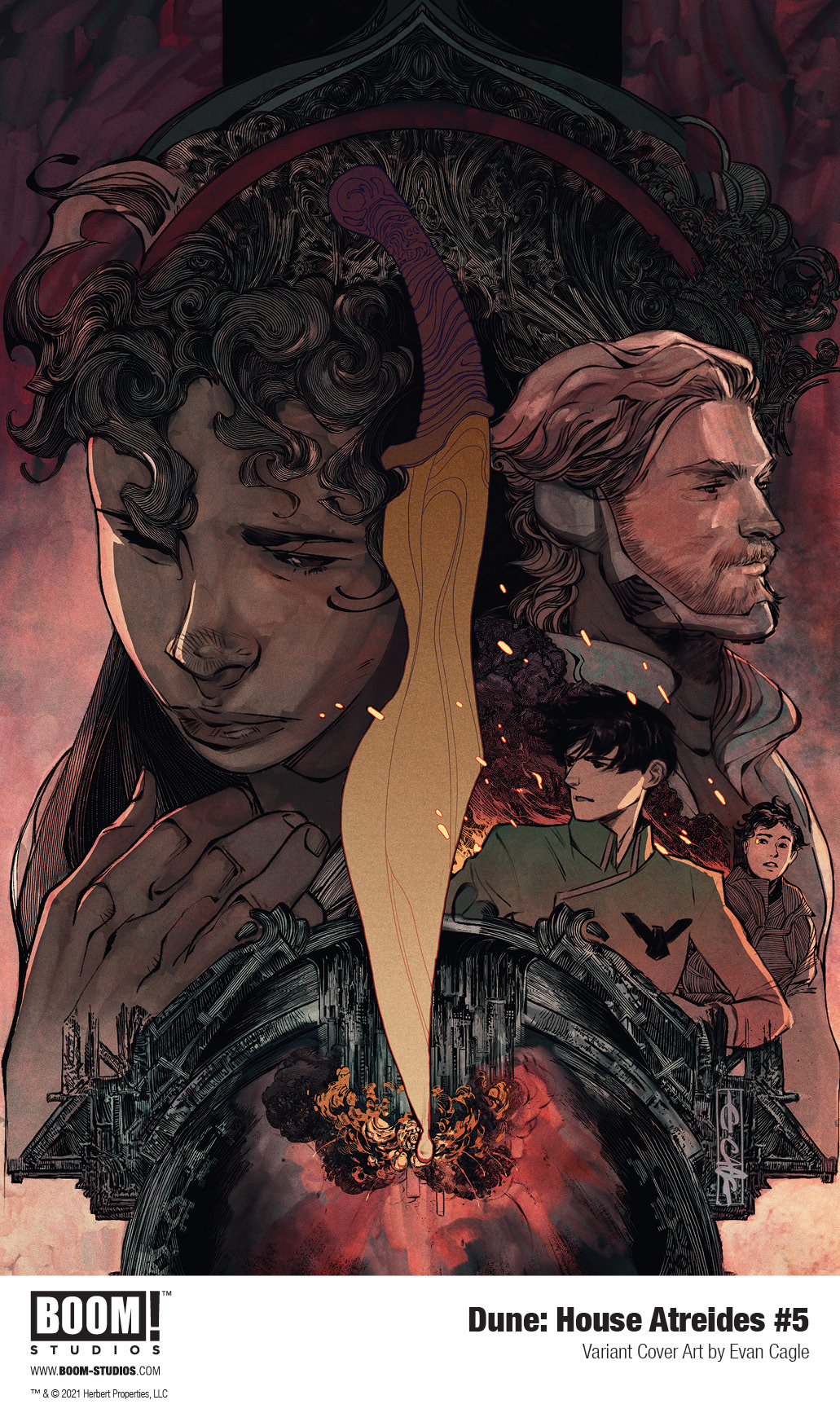 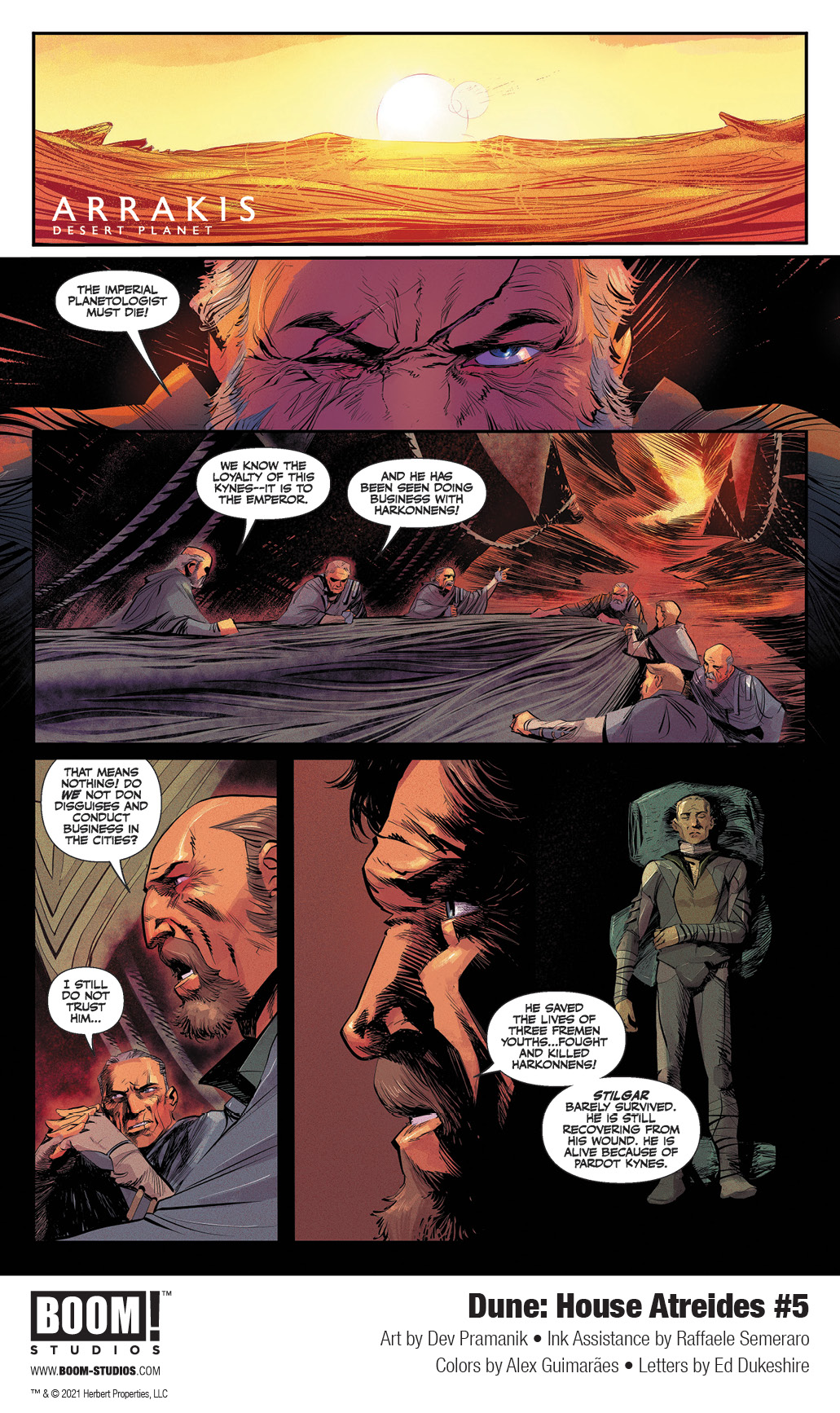 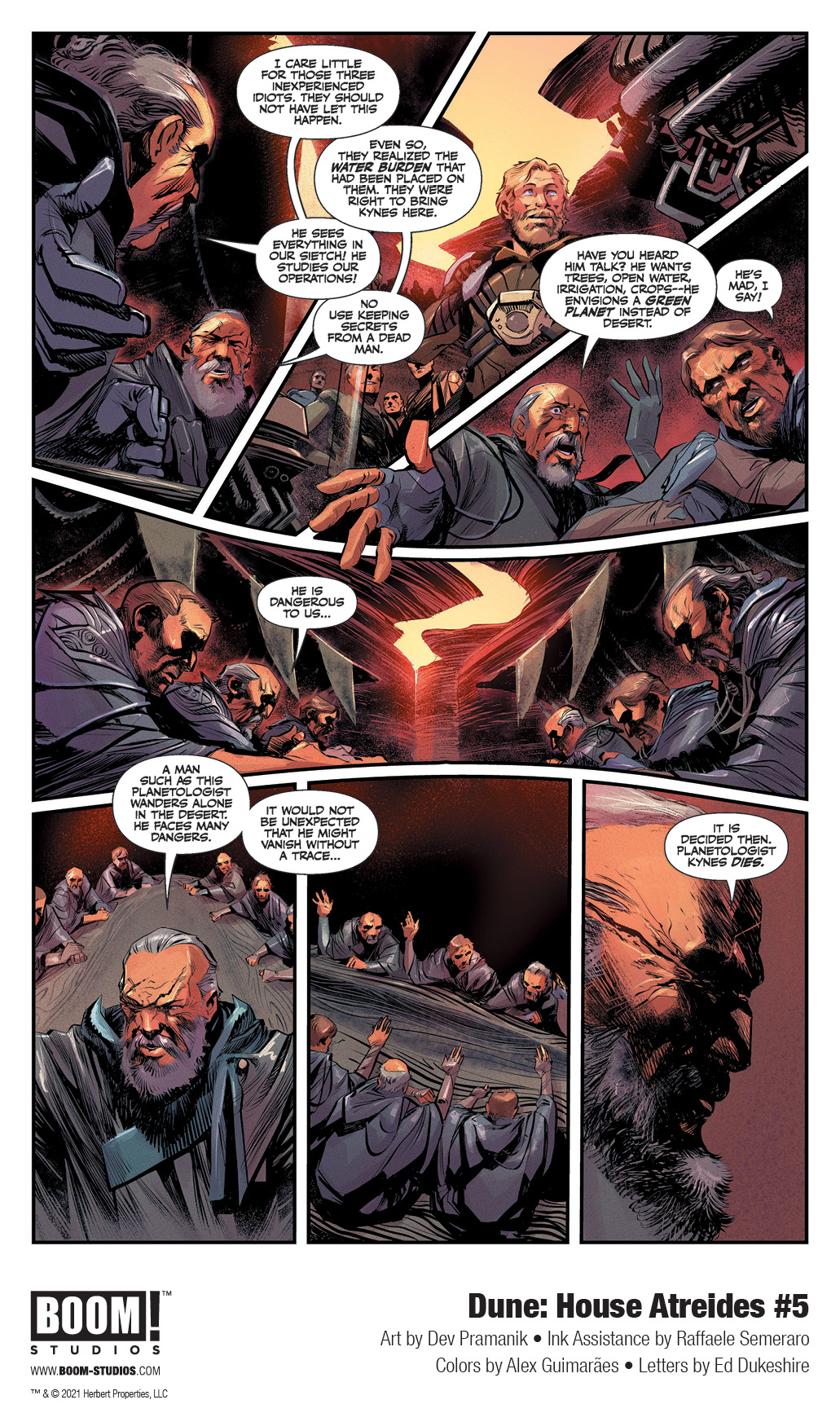 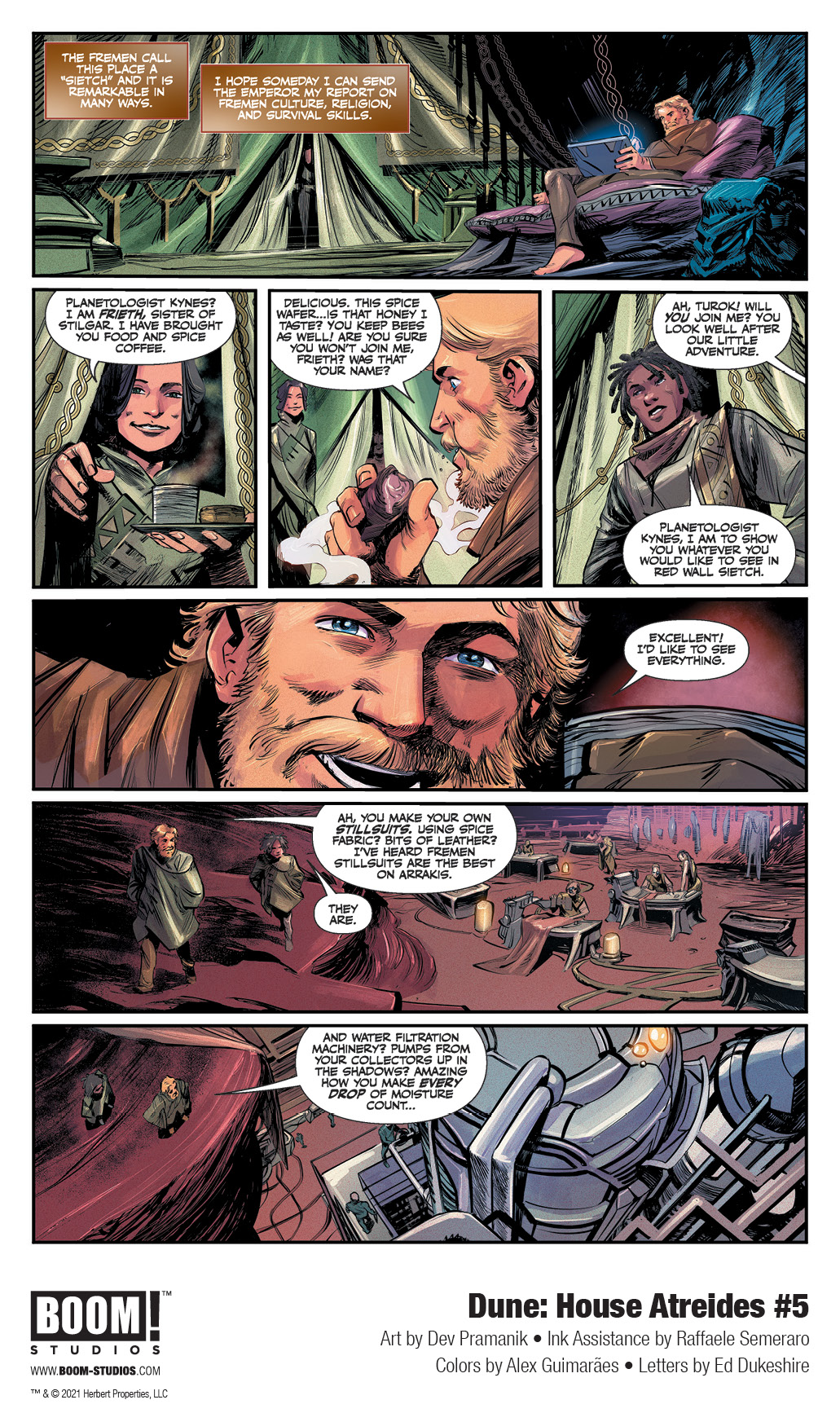 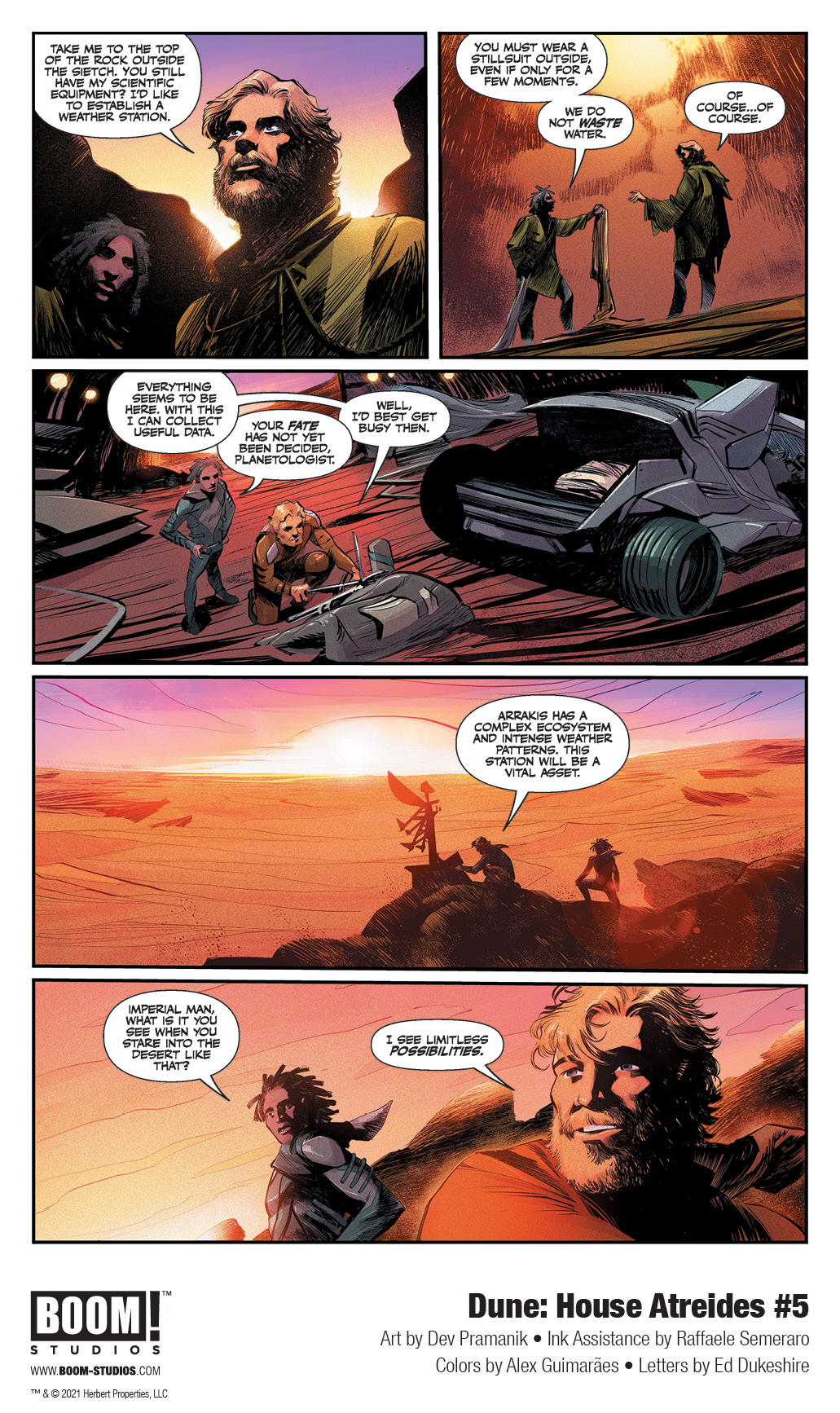 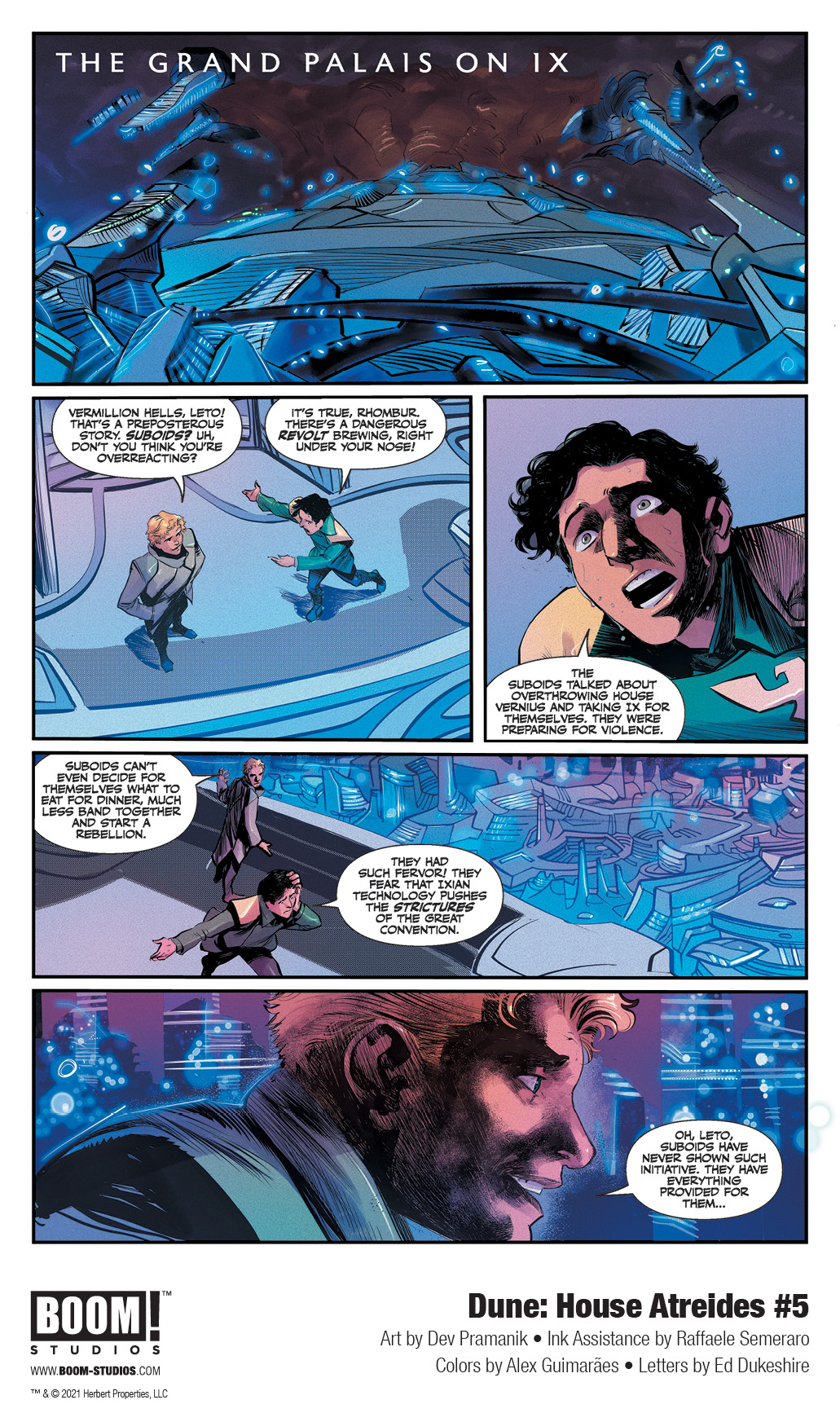