Your First Look at Cullen Bunn’s THE EMPTY MAN #1

The Terror Returns at BOOM! Studios in November 2018 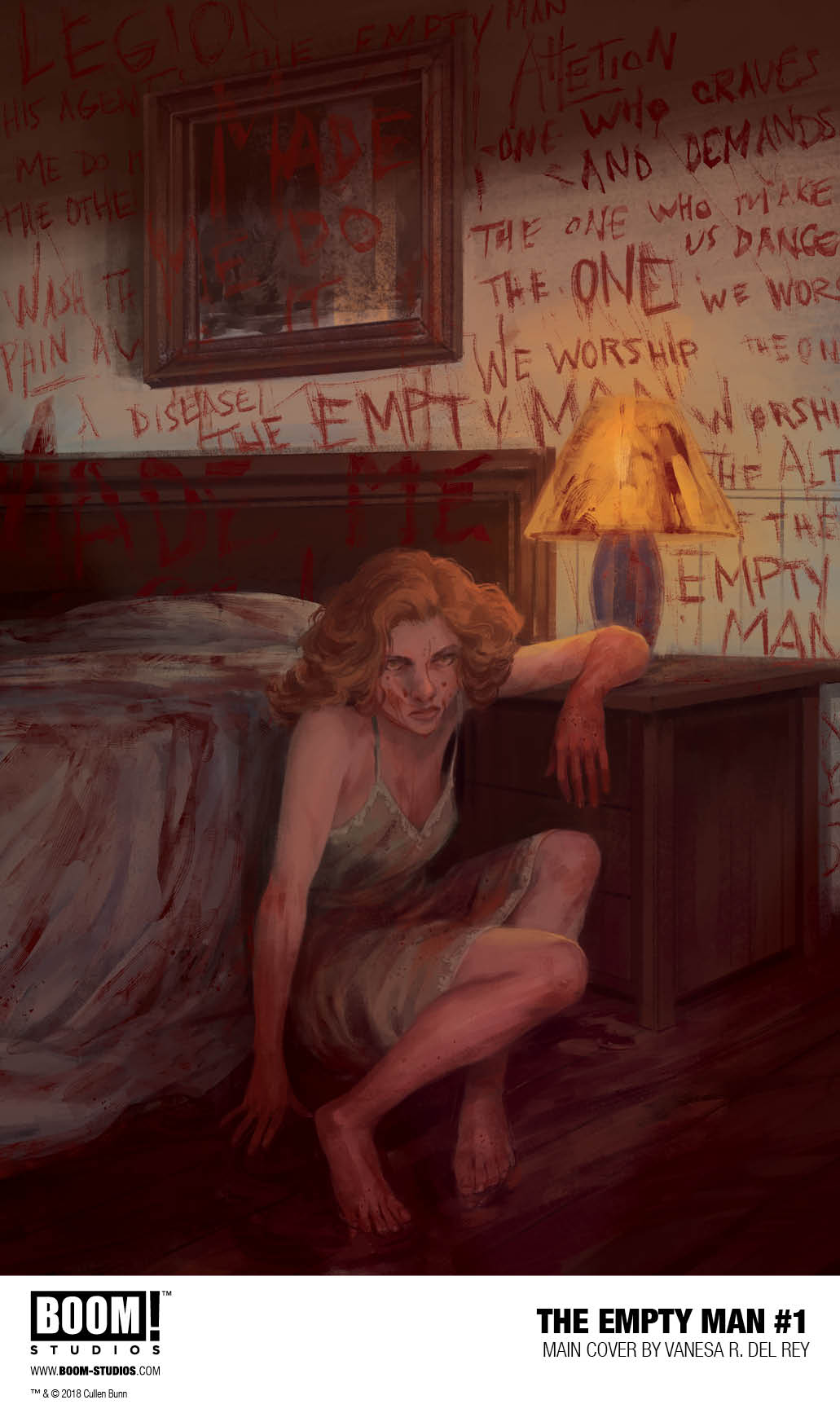 Debuting in 2014, The Empty Man captivated readers as Bunn and Eisner Award-nominated artist Vanesa R. Del Rey (Redlands) introduced their unflinching look at a dystopic version of the world we know, where a terrifying disease has taken on almost deific connotations. The cause is unknown, and the symptoms include fits of rage, hideous hallucinations, suicidal dementia, followed by death, or a near lifeless, “empty” state of catatonia. As cults rise nationwide, the FBI and CDC enter a joint investigation of the Empty Man, hoping to piece together clues to stop the cults and uncover a cure. This new ongoing THE EMPTY MAN comic book series delivers terrifying new horrors, perfect for new readers and longtime fans alike, in the world that captivated fans worldwide and led to a feature film adaptation currently in production at 20th Century Fox.

The nation is still in the grips of the terrible Empty Man pandemic. Government quarantines are mandatory, so for Melissa Kerry, one of the afflicted, the next step should be to isolate her—but those who enter the system are never seen again. Melissa’s family won’t let that happen. All they have to do is care for her, keep her worsening condition a secret—and they’ll do anything, trust anyone, to keep her safe.

“THE EMPTY MAN is an unflinching, insightful look at the way we deal with tragedy both abroad and close to home, wrapped up in a haunting horror narrative,” said Eric Harburn, Senior Editor, BOOM! Studios. “From the first page, readers will glimpse a world infected by a terror that has irrevocably changed it – and might just see a bit more of the real world than they ever expected, thanks to the incredible work from Cullen, Jesús, Niko, and Ed.”

Print copies of THE EMPTY MAN #1 featuring a main cover by Del Rey and a variant by Hervás will be available for sale on November 7th, exclusively at local comic book shops (use comicshoplocator.com to find the nearest one). Digital copies can be purchased from content providers, including comiXology, iBooks, Google Play, and the BOOM! Studios app.

For continuing news on THE EMPTY MAN and more from BOOM! Studios, stay tuned to www.boom-studios.com and follow @boomstudios on Twitter. 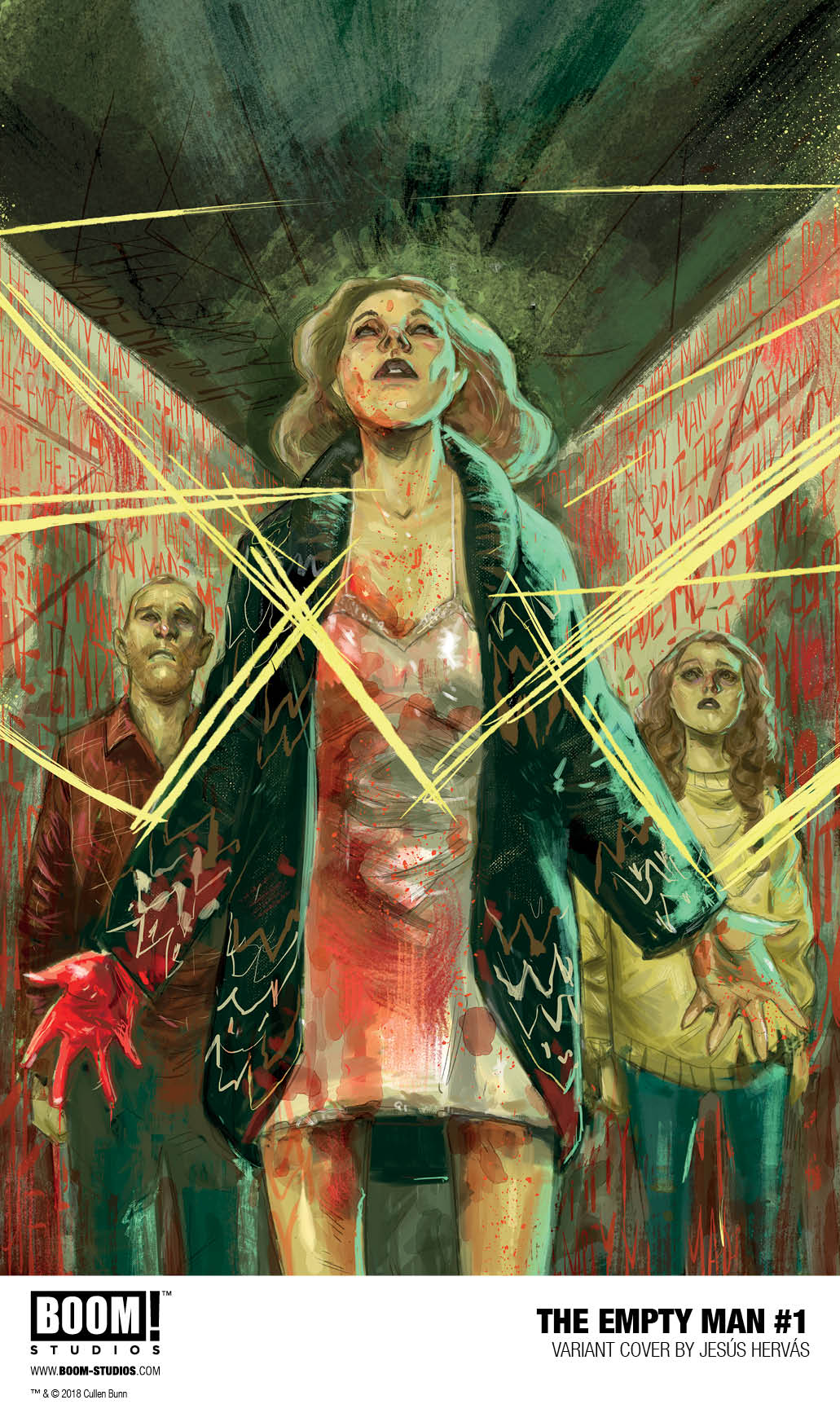 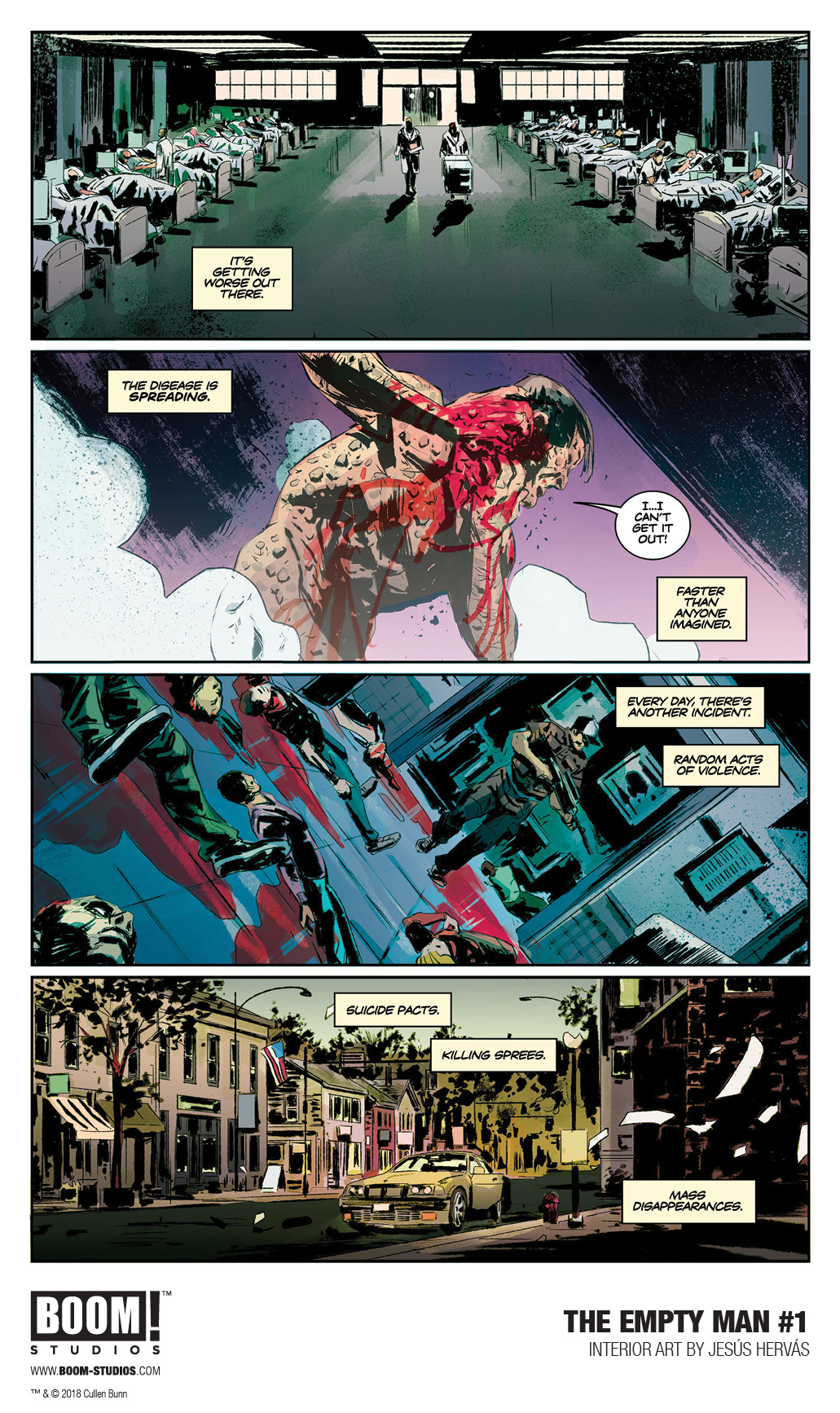 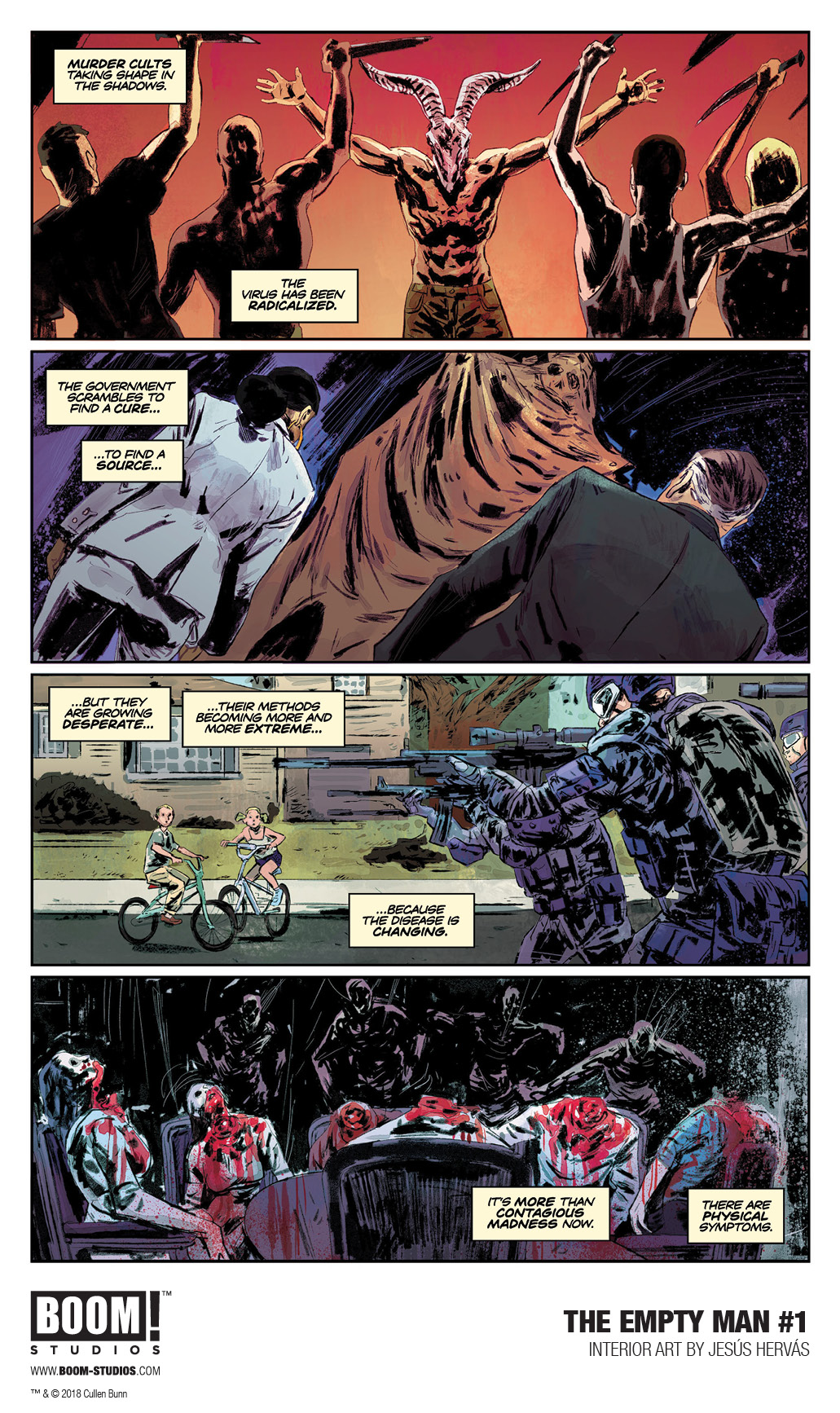 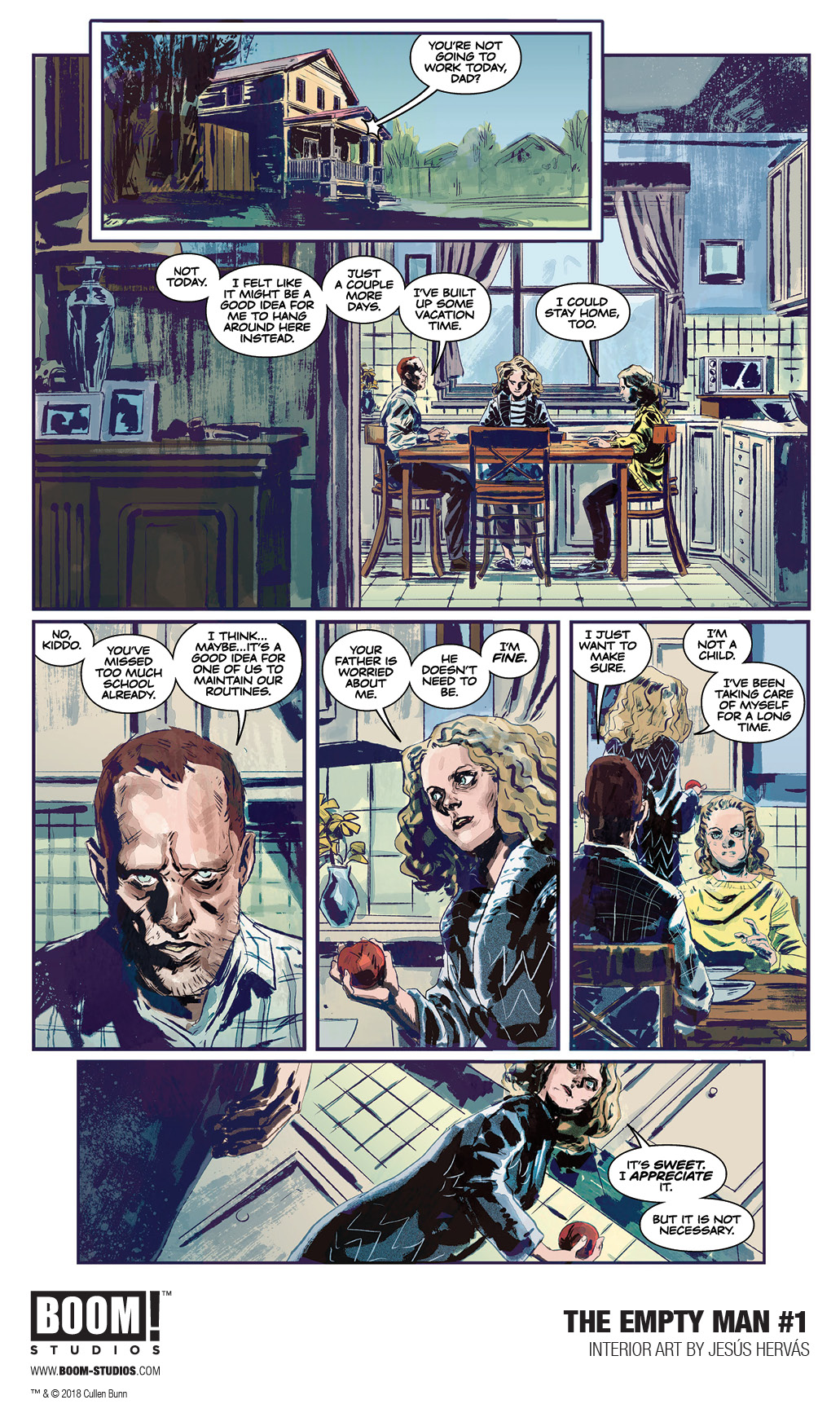 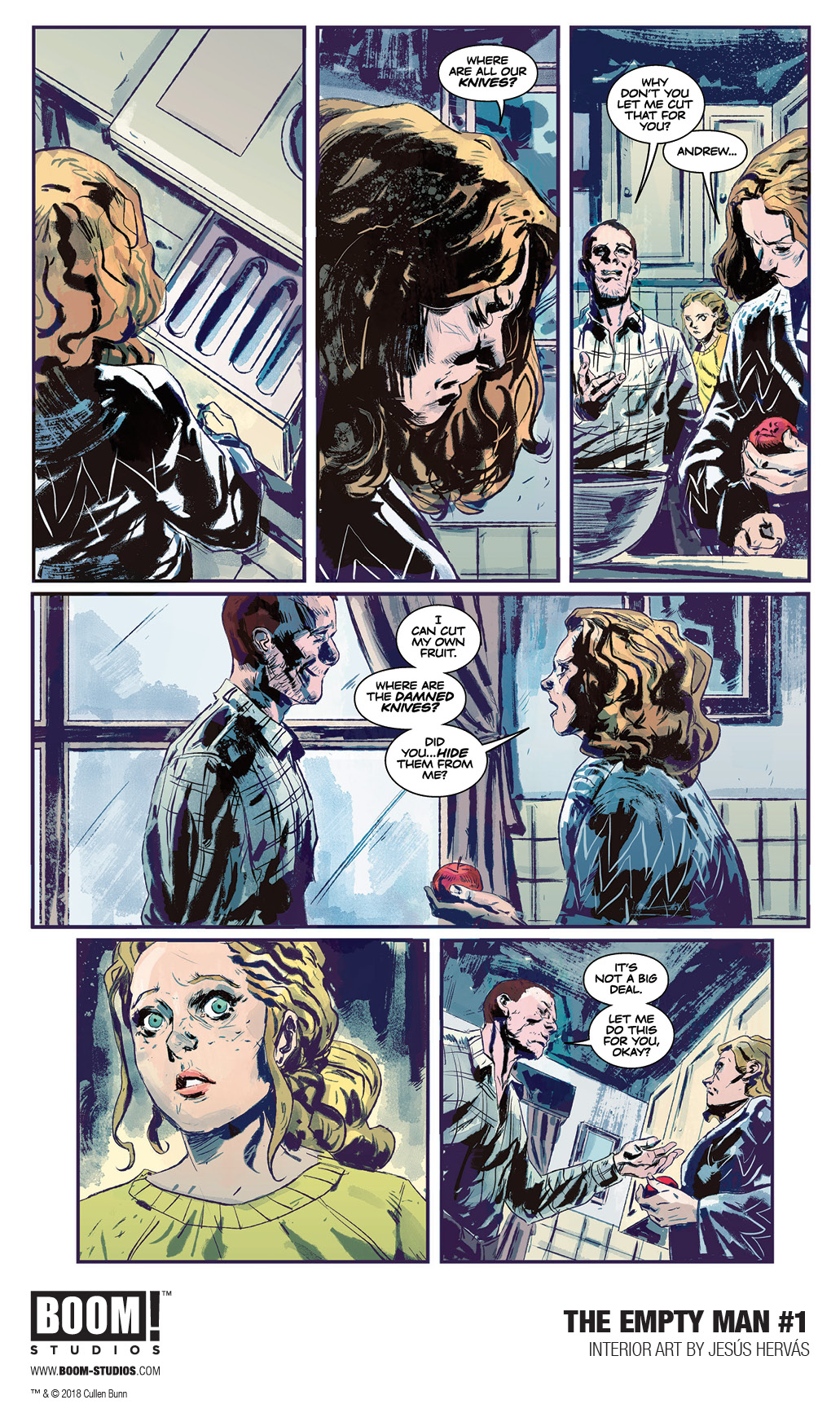 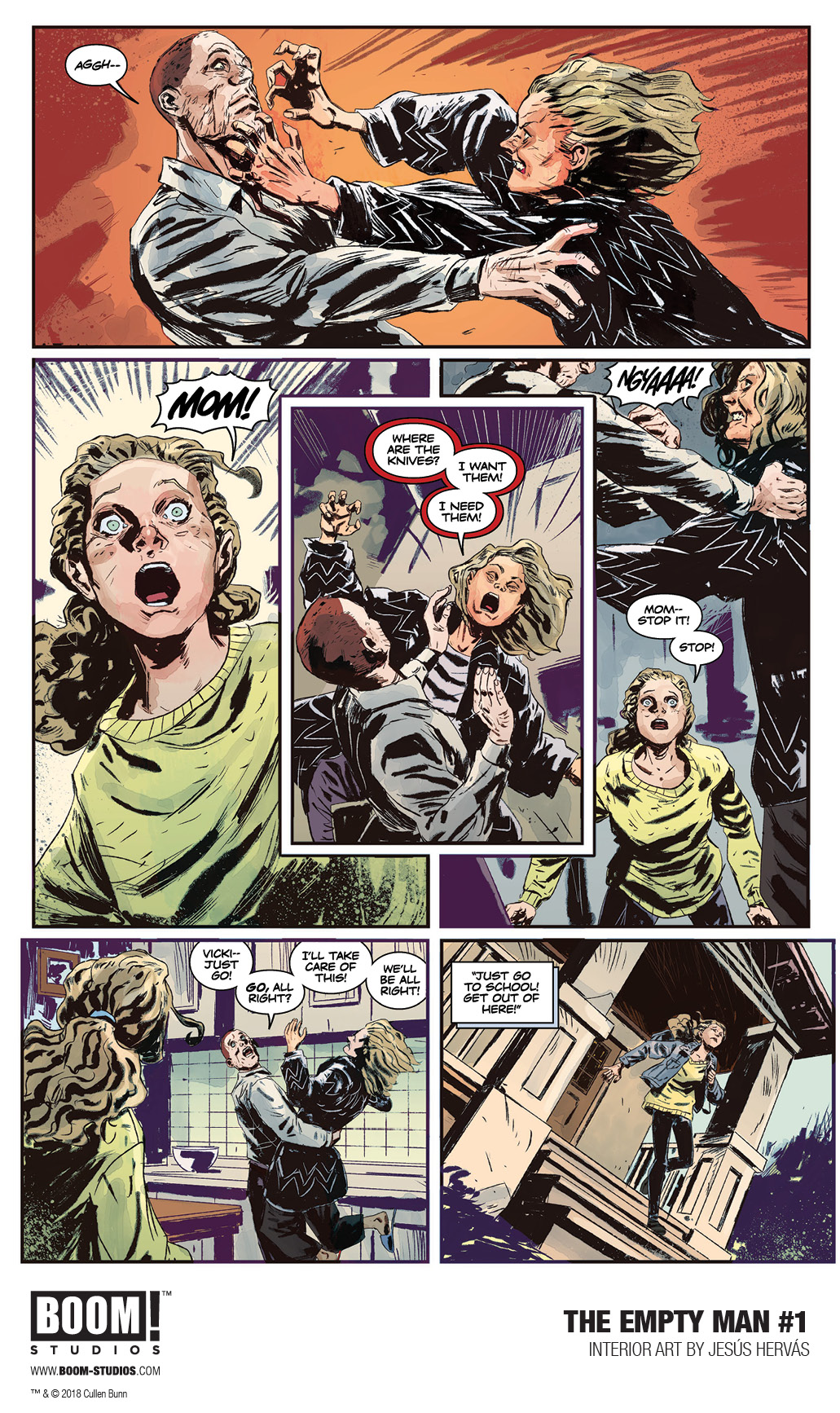