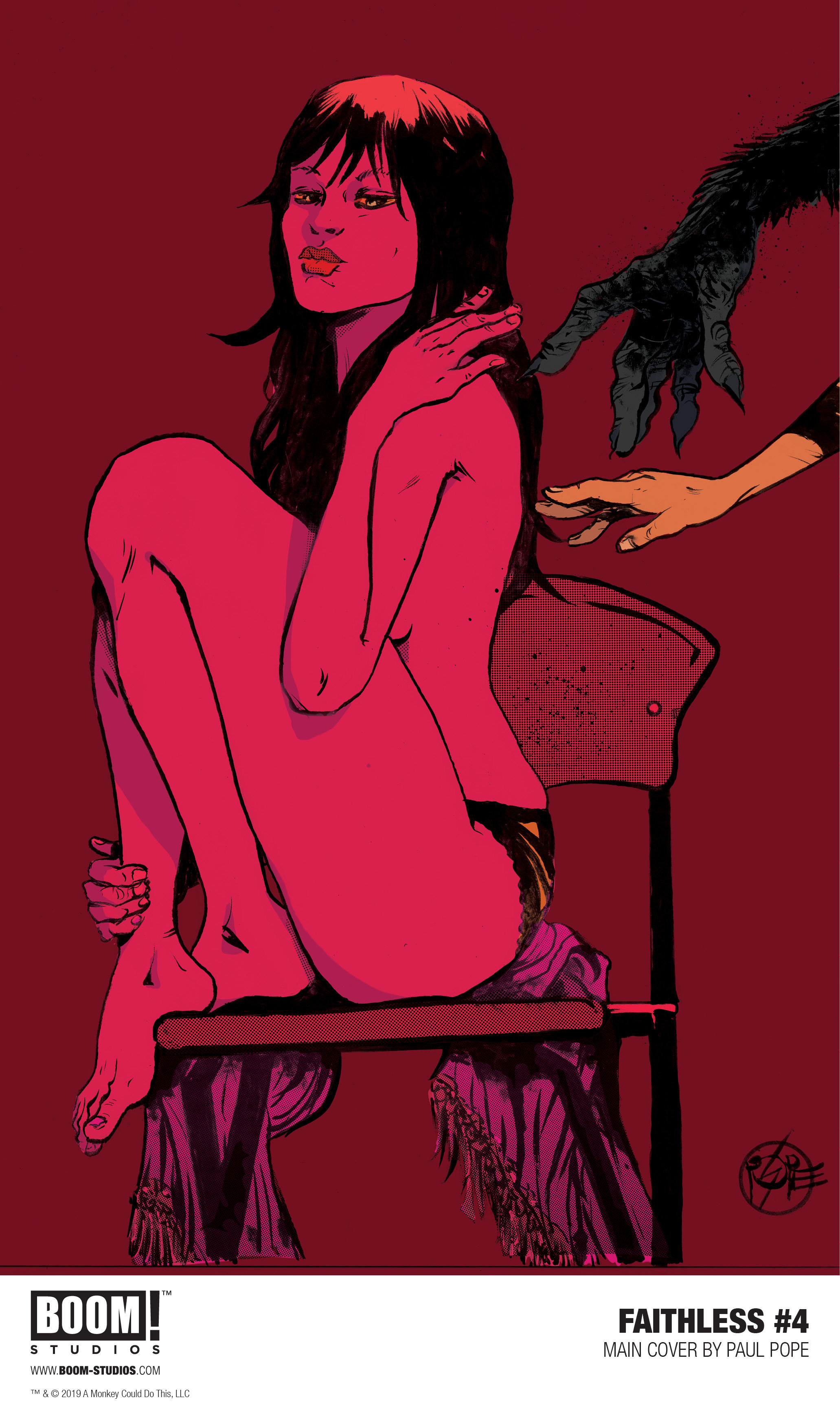 LOS ANGELES, CA (July 1, 2019) – BOOM! Studios today revealed a first look at FAITHLESS #4, from New York Times bestselling writer Brian Azzarello (Batman: Damned) and artist Maria Llovet (Loud), the latest chapter in an unforgettable story about a young woman whose exploration of magic and sex takes her into forbidden territory. In short—Faith is bored as hell. And Hell has noticed.

Everyone is still reeling from Aya’s tragic and violent death but Faith’s mourning takes a complicated turn as she gets further entangled in the world of the enigmatic celebrity artist, Louis. With all eyes on Louis’ newest muse and obsession, Faith is thrown into the spotlight but is she ready for all the attention and critique? And is her new lover truly someone that she can trust with her heart and soul or is she headed for disaster?

Print copies of FAITHLESS #4 will be available for sale on July 17, 2019 at local comic book shops (use comicshoplocator.com to find the nearest one) or at the BOOM! Studios webstore. Digital copies can be purchased from content providers, including comiXology, iBooks, Google Play, and the BOOM! Studios app. FAITHLESS is intended for mature readers over the age of 18. Reader and retailer discretion is advised. 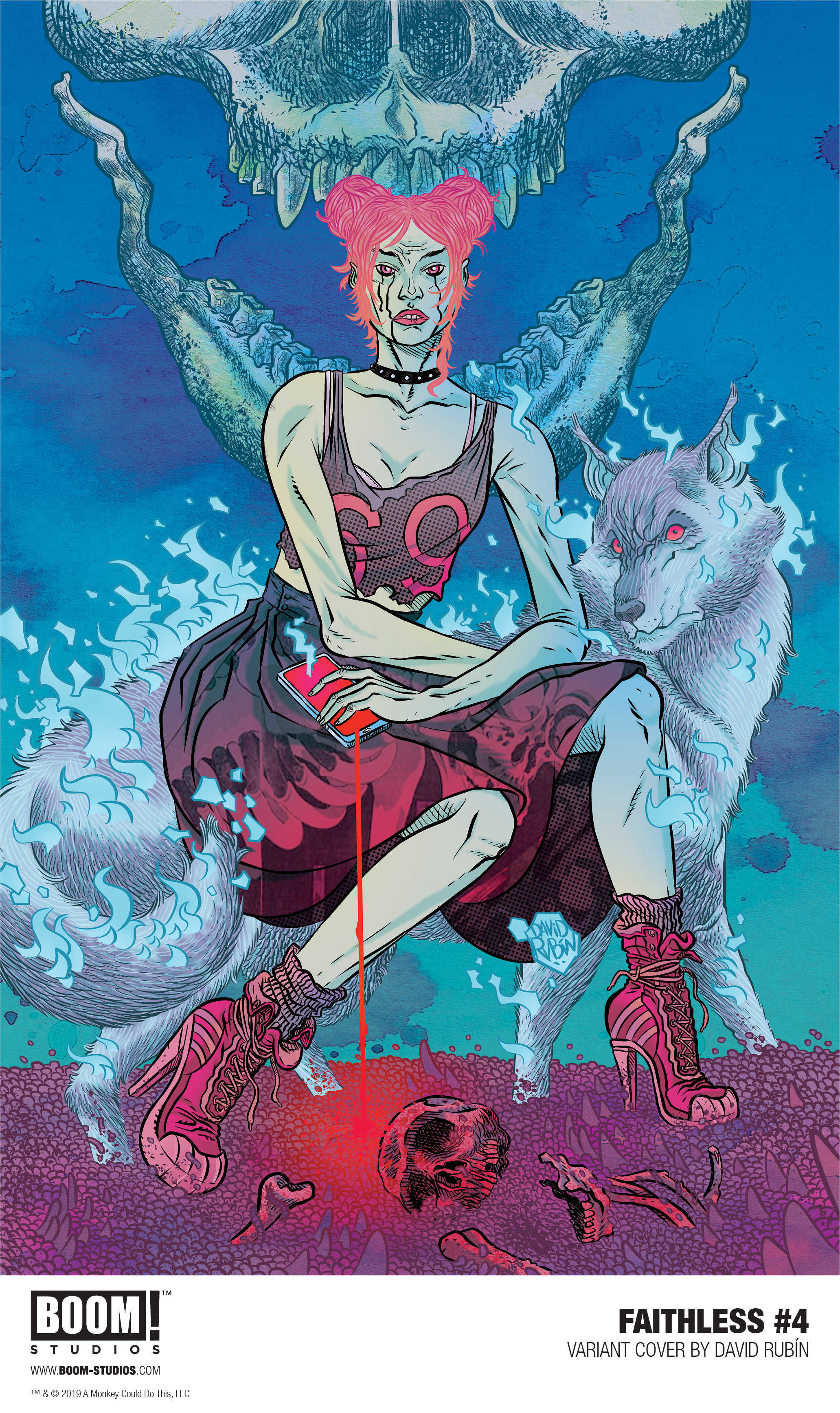 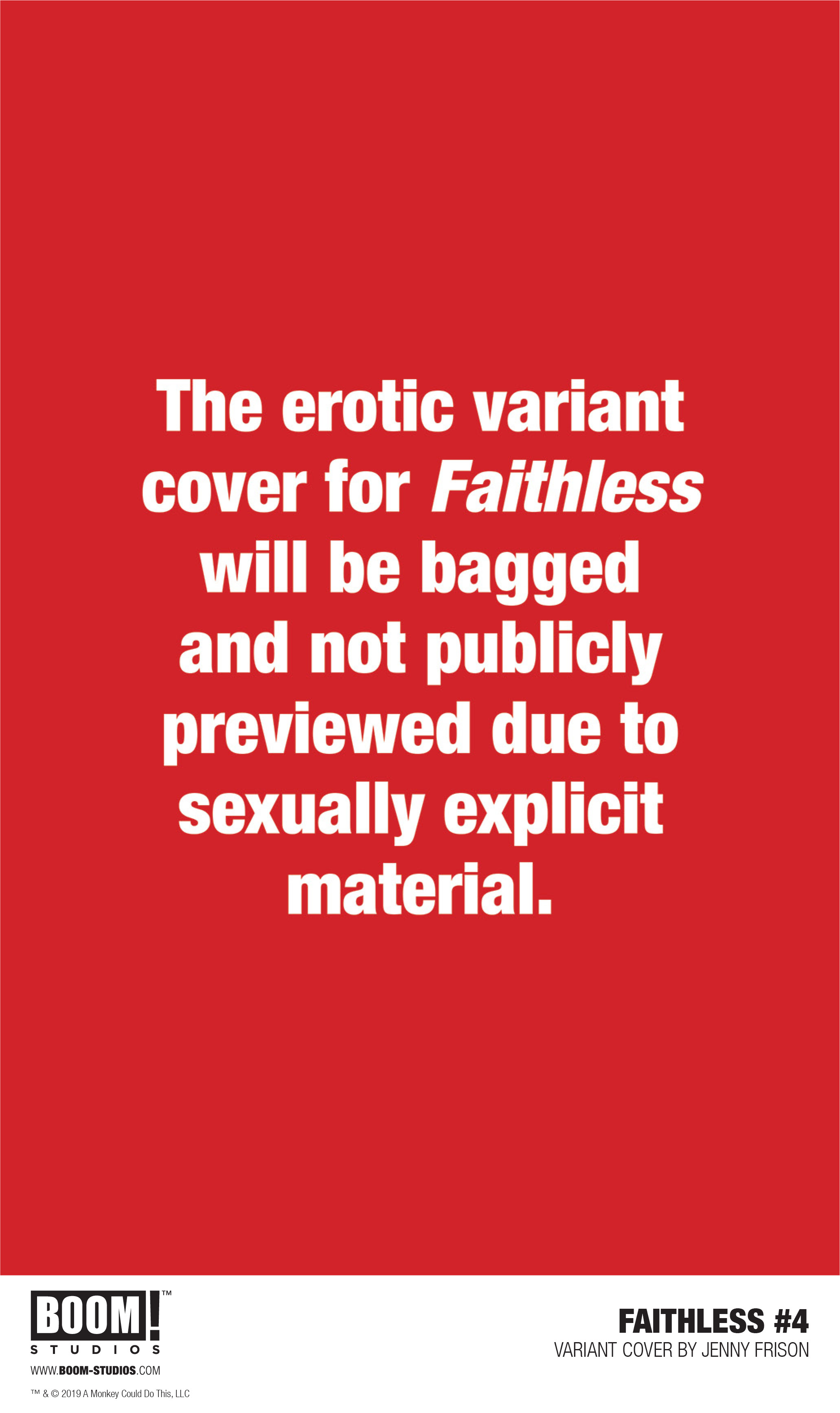 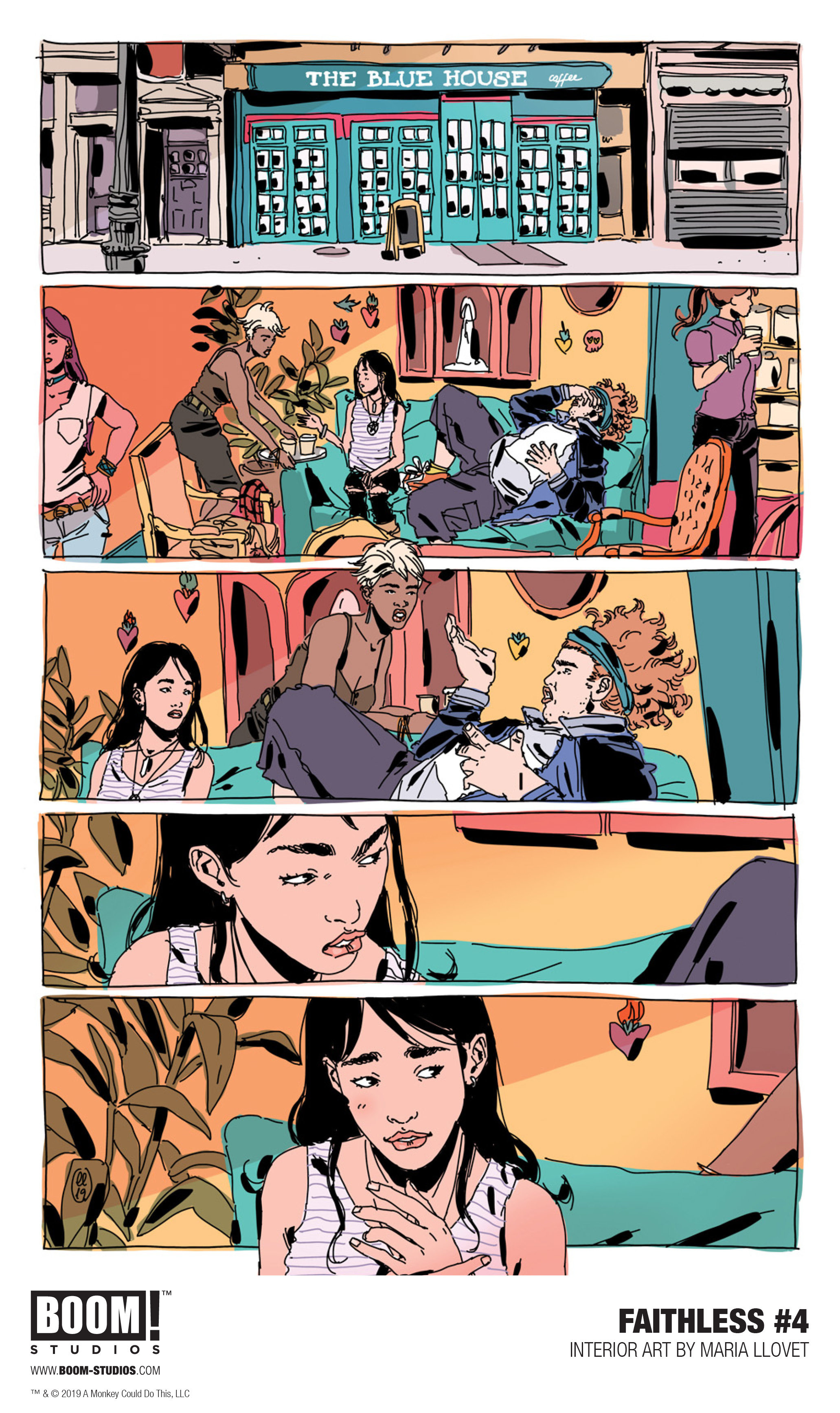 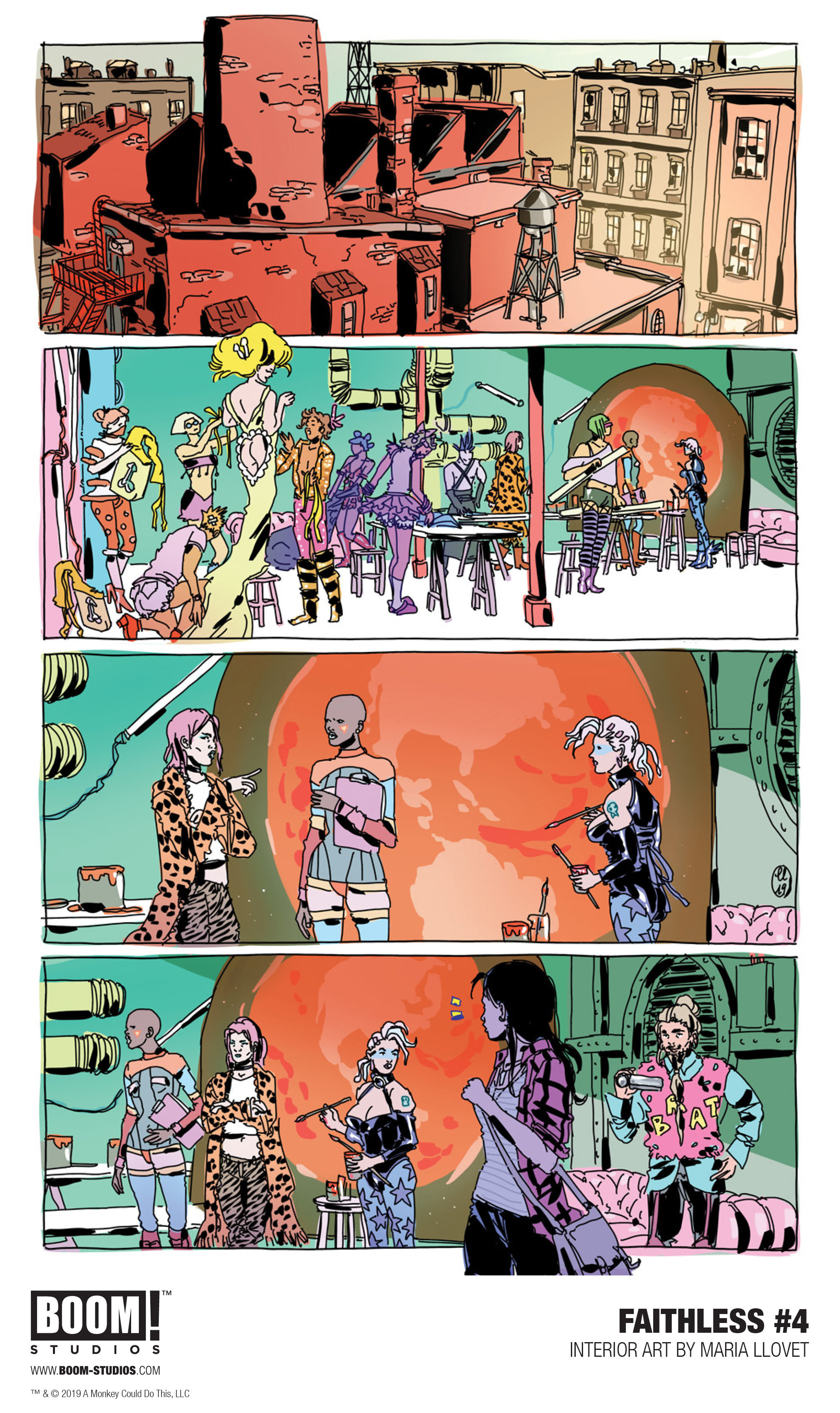 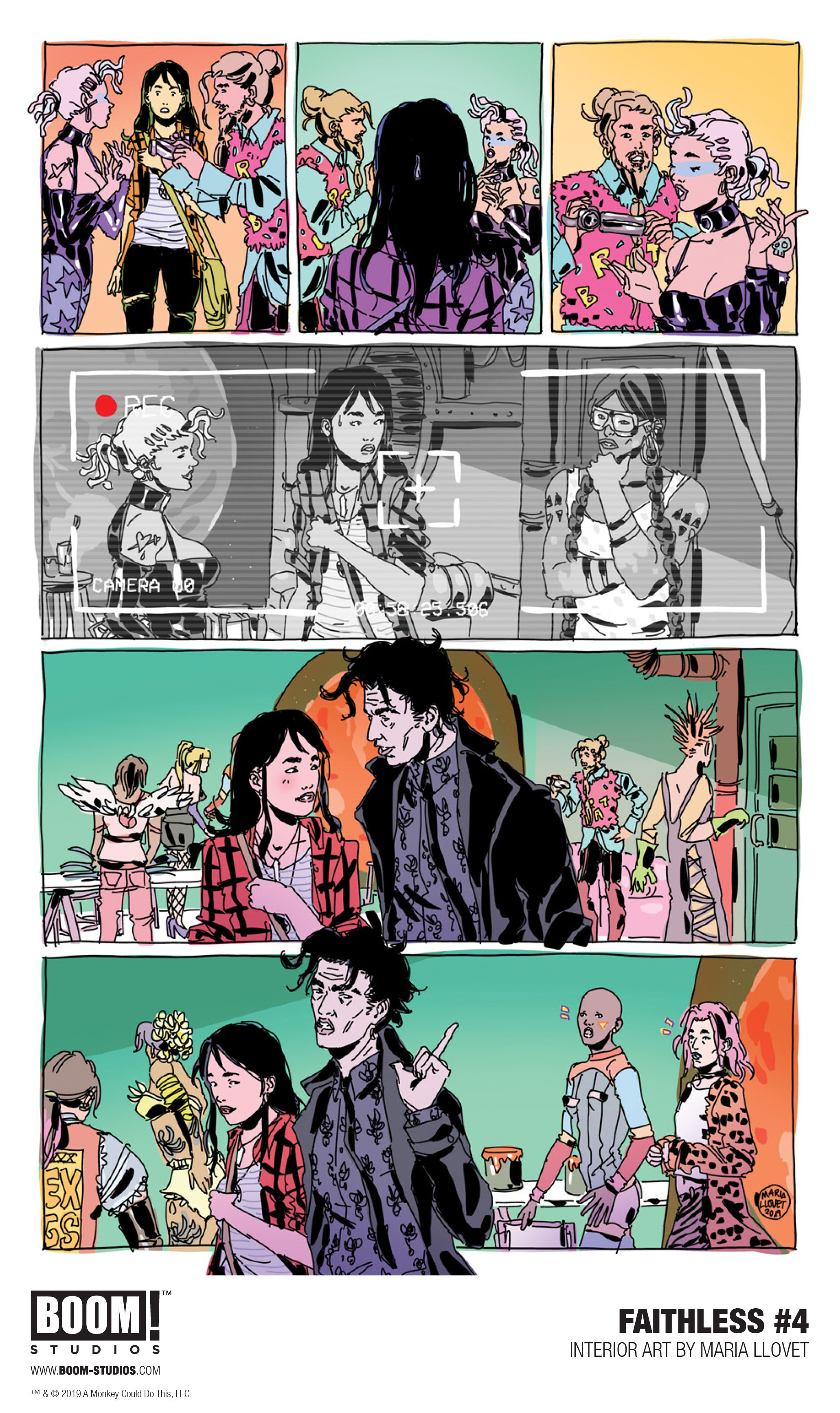 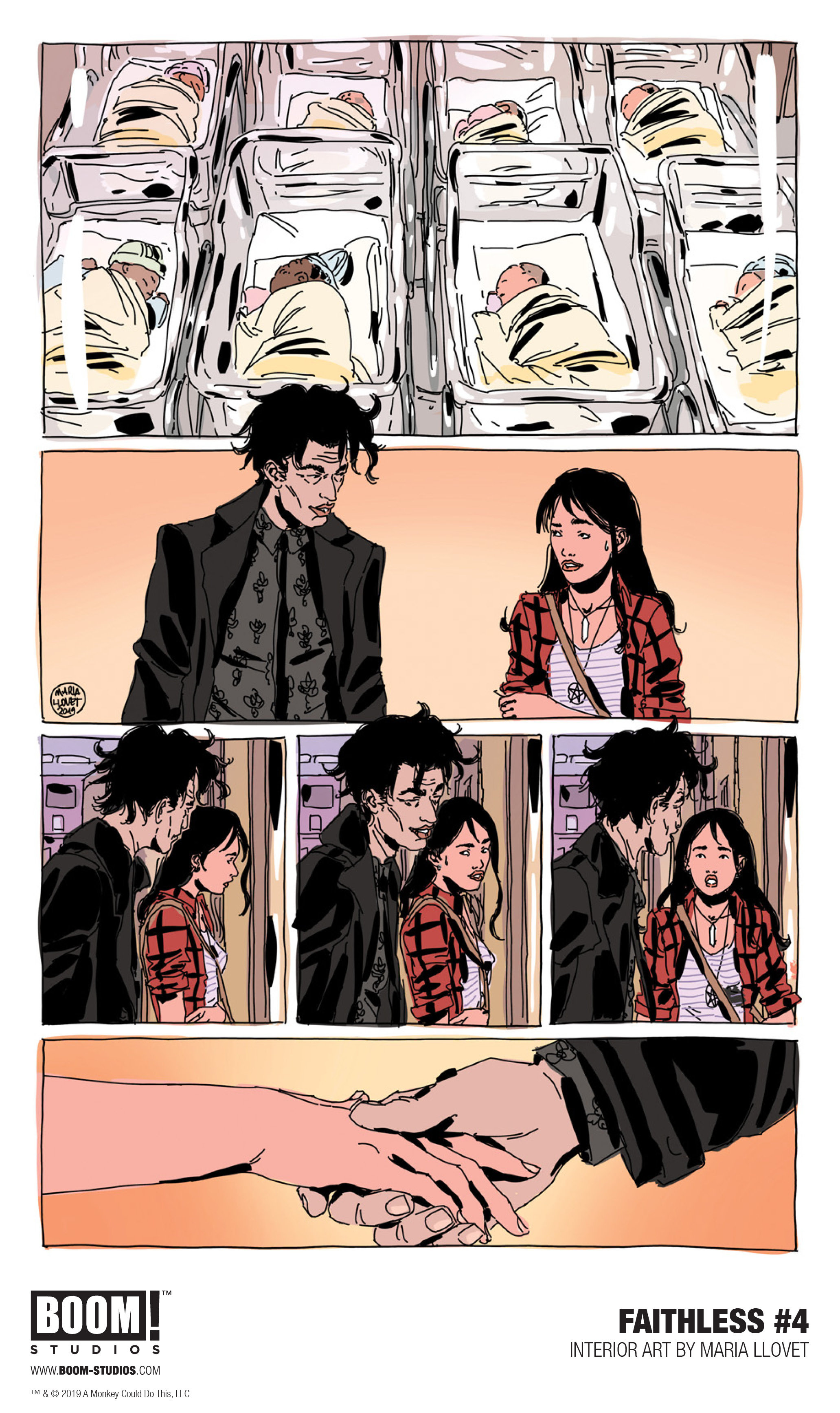 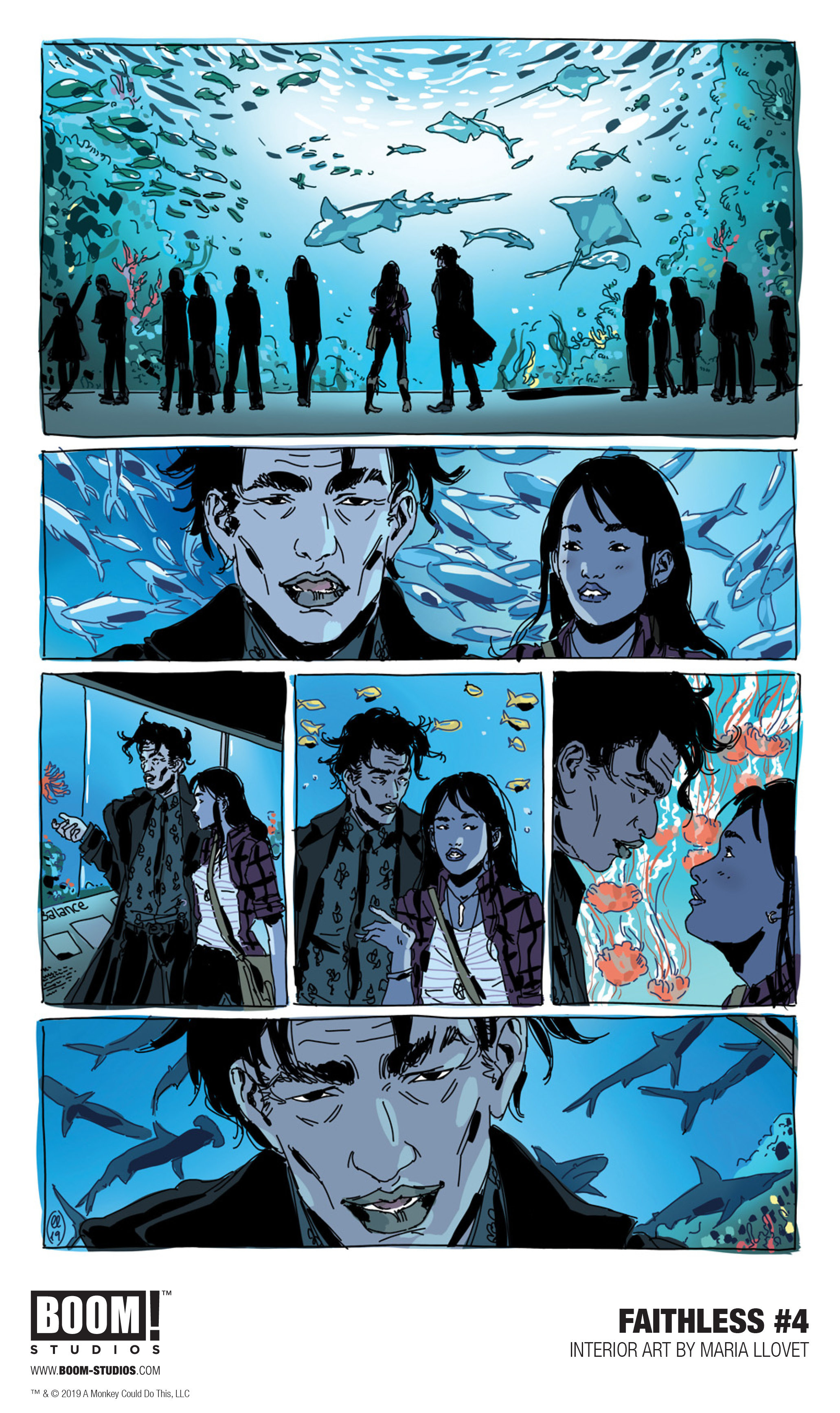