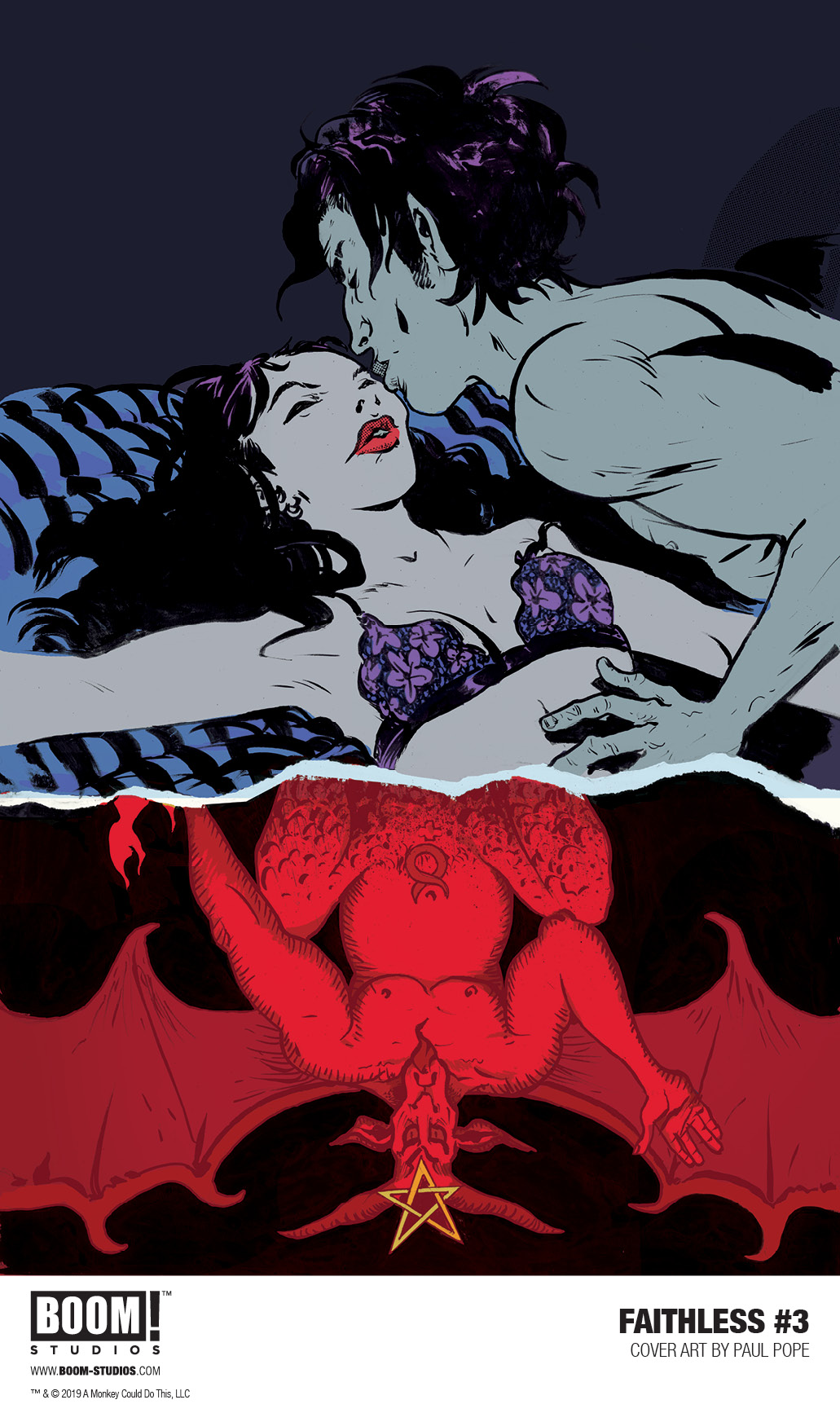 LOS ANGELES, CA (June 3, 2019) – BOOM! Studios today revealed a first look at FAITHLESS #3, from New York Times bestselling writer Brian Azzarello (Batman: Damned) and artist Maria Llovet (Loud), the latest chapter in an unforgettable story about a young woman whose exploration of magic and sex takes her into forbidden territory. In short—Faith is bored as hell. And Hell has noticed.

Faith’s awakening has opened her up to a whole new world and a brand new self. Life is exciting again but maybe a little too exciting as Faith’s newly found powers have dire consequences for her and her friends. Tragedy strikes just as Faith begins to embrace the passion inside herself, driving her into the arms of the charming but complicated Louis, while further deepening her connection to unknown forces and powers beyond her wildest imagination.

Print copies of FAITHLESS #3 will be available for sale on June 19, 2019 at local comic book shops (use comicshoplocator.com to find the nearest one) or at the BOOM! Studios webstore. Digital copies can be purchased from content providers, including comiXology, iBooks, Google Play, and the BOOM! Studios app. FAITHLESS is intended for mature readers over the age of 18. Reader and retailer discretion is advised. 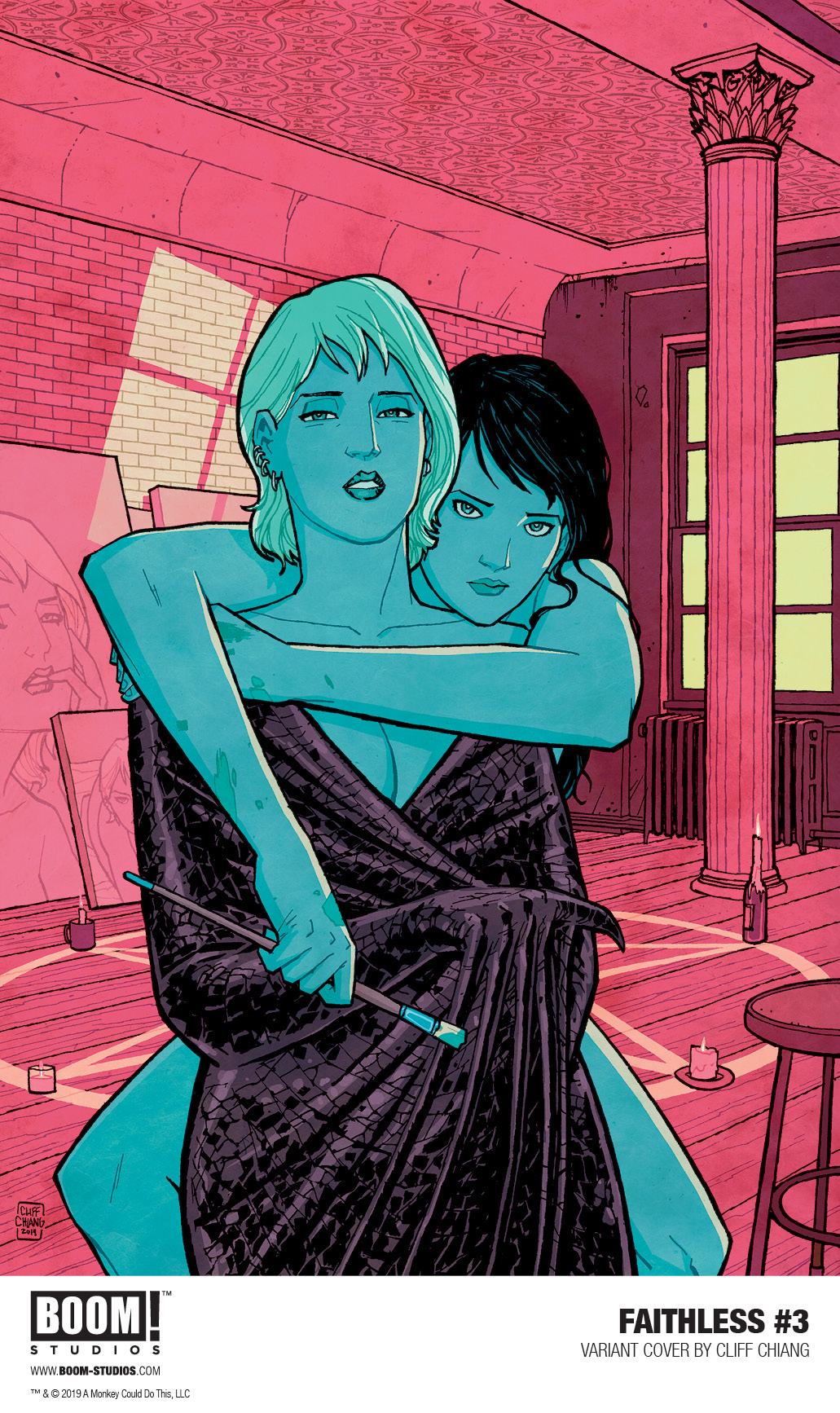 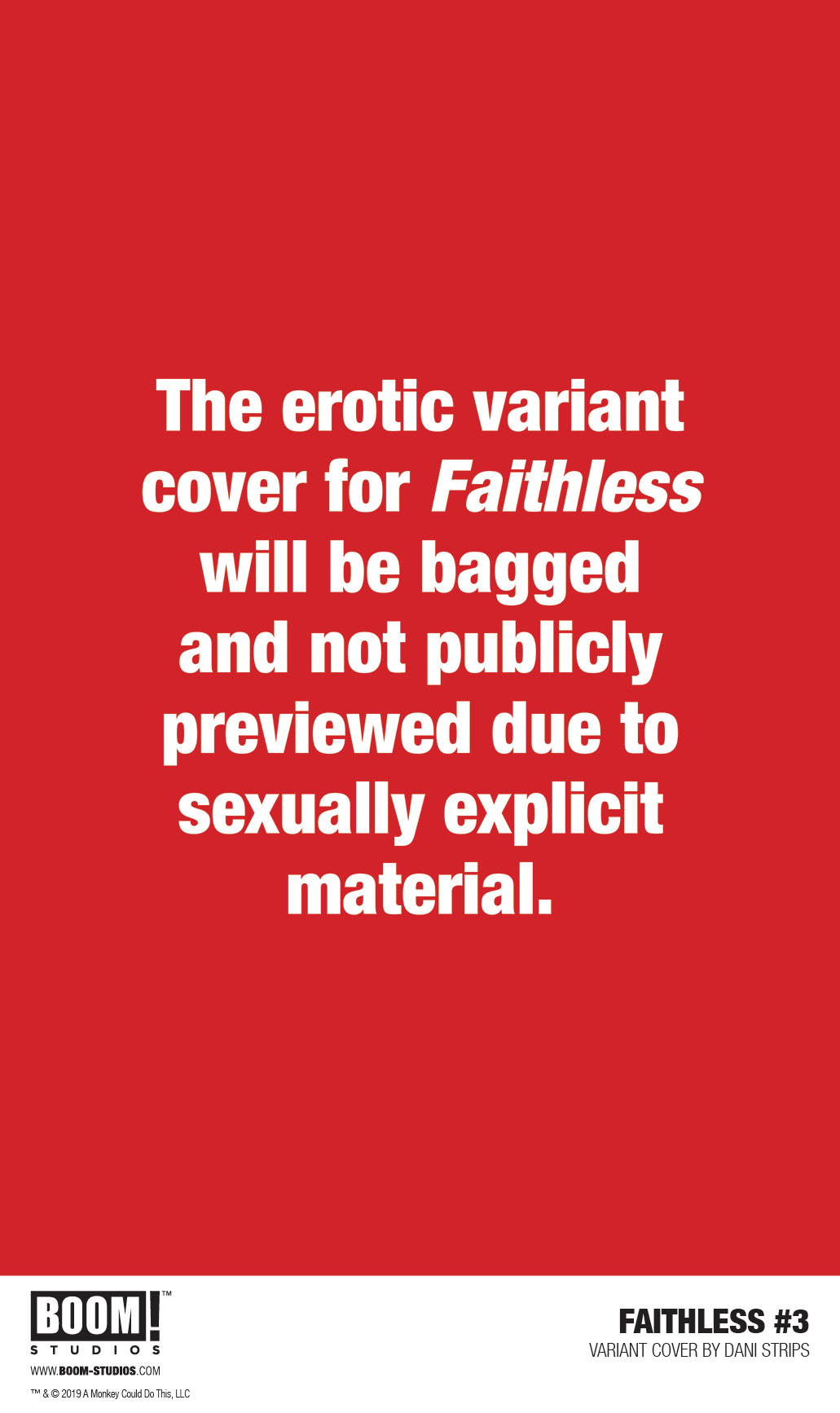 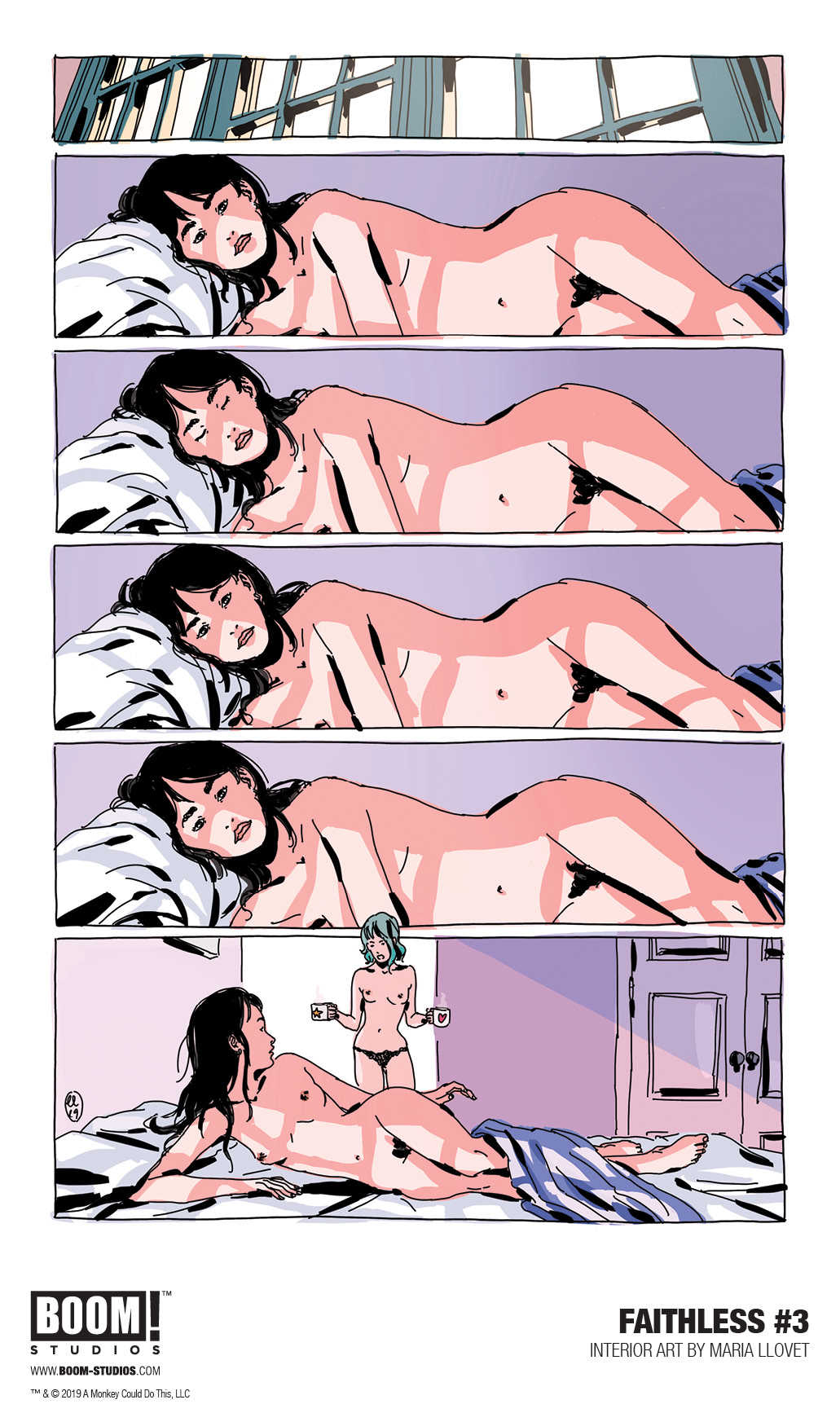 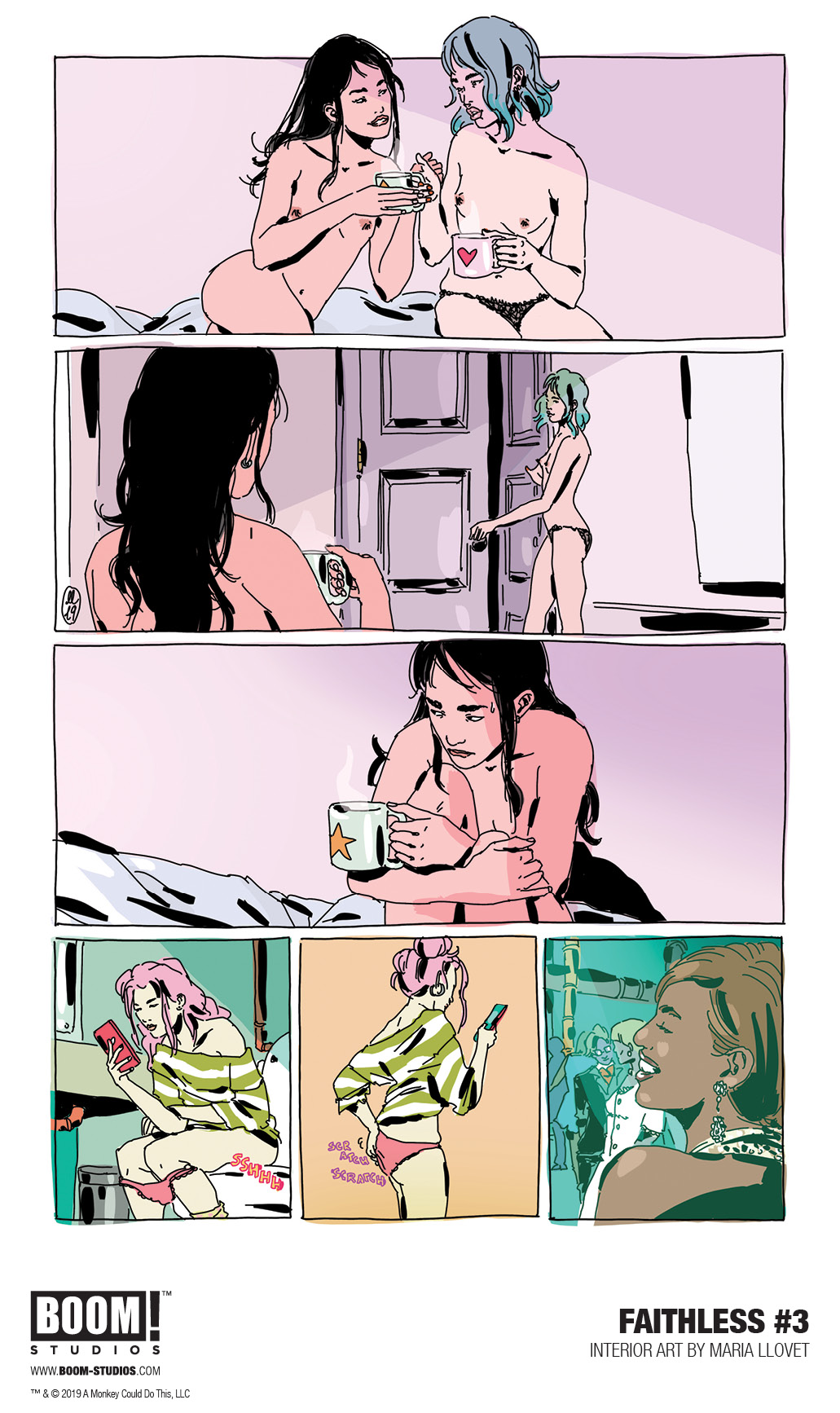 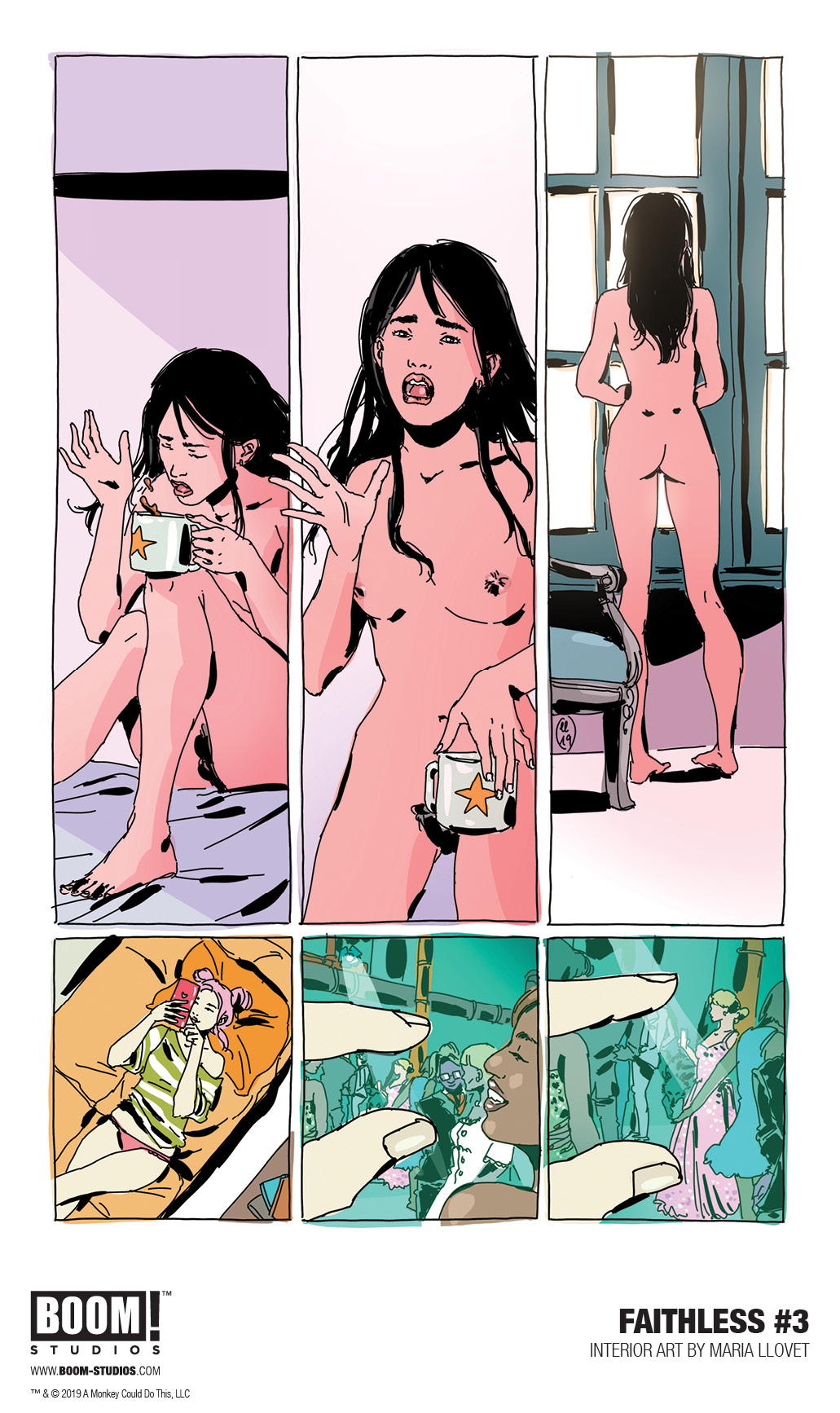 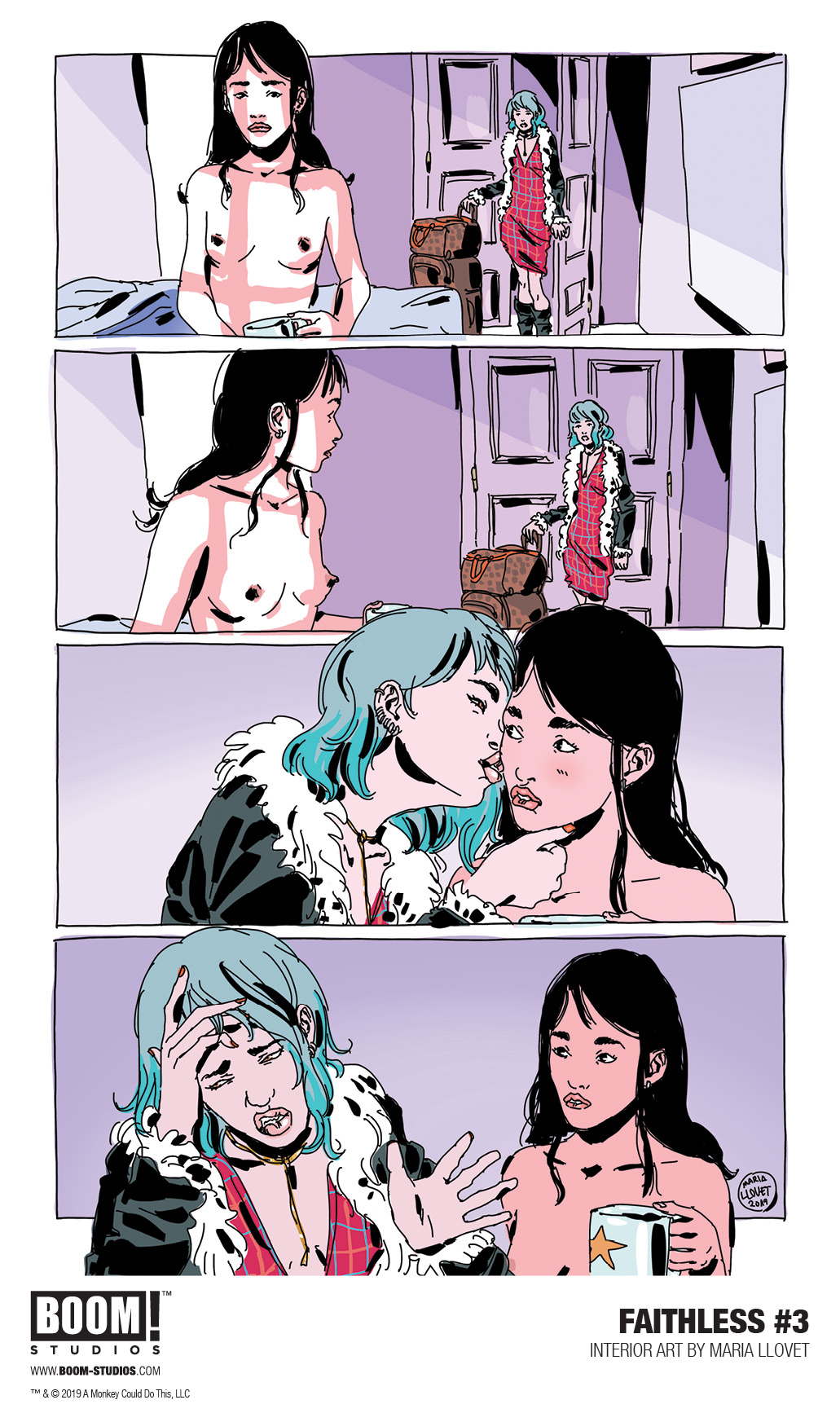 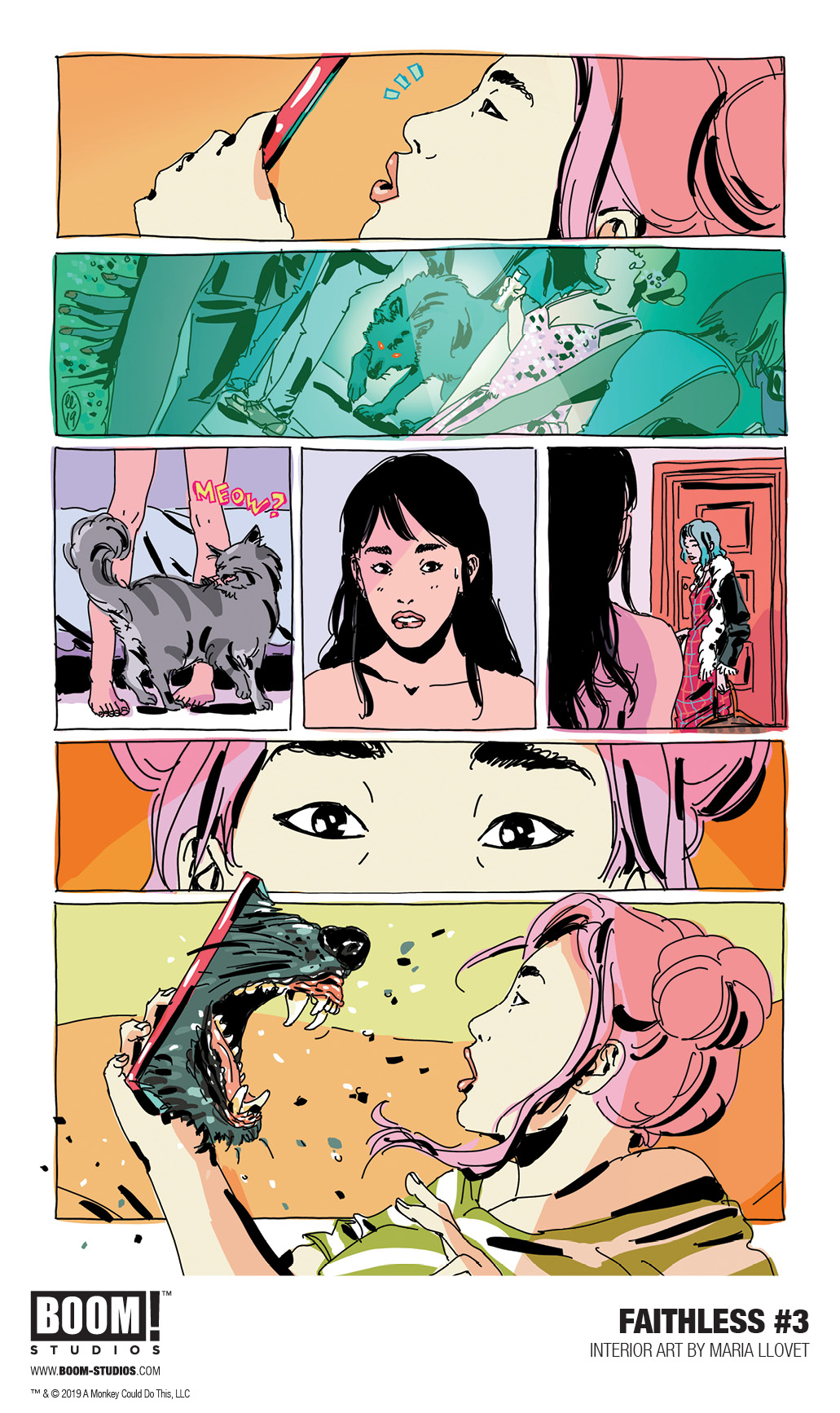