Your First Look at BEN 10: MECHA MADNESS From BOOM! Studios 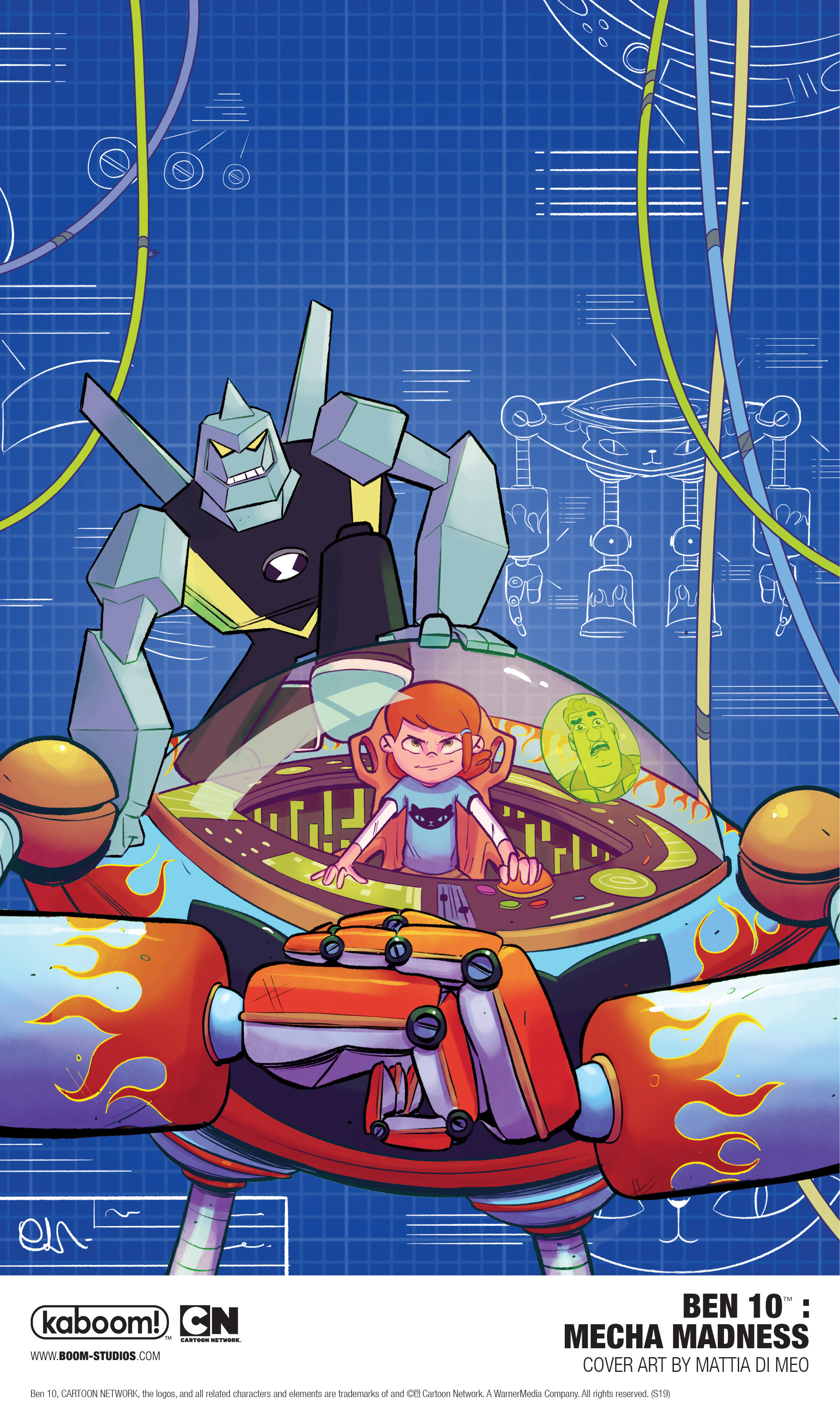 LOS ANGELES, CA (November 21, 2019) – BOOM! Studios today revealed a first look at BEN 10: MECHA MADNESS, the latest middle grade original graphic novel based on Cartoon Network’s global hit series, with Rainbow Award-winning writer CB Lee (Not Your Sidekick) and artist Lidan Chen (Ben 10: The Truth is Out There) which will debut in stores November 2019. In this blast from the antique past, sprockets and gears go flying when Team Tennyson gets into fisticuffs with the dastardly villain, Steam Smythe.

Ben Tennyson isn’t your average 10-year-old…he’s also the wielder of the Omnitrix, an alien device that allows Ben to shift into ten different alien forms from around the galaxy. Together with his cousin Gwen and Grandpa Max, they protect the world from alien incursions.

In BEN 10: MECHA MADNESS, when Ben’s cousin Gwen discovers a mecha-suit left behind in disrepair by the steampunk villain Steam Smythe, she can’t help but fix it back into working condition and test it out. While Ben may not approve, Gwen’s new suit might be their only chance of stopping the relentless Steam Smythe and his army of mecha-creatures from clashing with innocent civilians as they hunt down their lost machine.

This is the third original graphic novel release from the partnership between BOOM! Studios and Cartoon Network, following the recently released BEN 10: THE TRUTH IS OUT THERE  from CB Lee and Lidan Chen, as well as BEN 10: FOR SCIENCE! from CB Lee and artist Mattia di Meo, both available in bookstores now.

BEN 10: MECHA MADNESS is the latest release from BOOM! Studios’ award-winning KaBOOM! imprint, home to comics for middle grade and younger readers including licensed series such as Adventure Time, Steven Universe, Regular Show, Ben 10, and Over The Garden Wall, along with original series like Just Beyond: The Scare School by R.L. Stine and Kelly & Nichole Matthews, Hex Vet by Sam Davies, RuinWorld by Derek Laufman, and Pandora’s Legacy by Kara Leopard, Kelly & Nichole Matthews.

Cartoon Network’s Ben 10 was recently greenlit for season four and is expected to premiere globally beginning 2020. The new season will follow Ben, his cousin Gwen and Grandpa Max on adventures to some of the world’s most popular destinations including Italy, Japan and Mexico. Season four will continue to empower its worldwide fanbase through new alien transformations, action-packed battles with villains and more. Ben 10™ is produced by Cartoon Network Studios and created and executive produced by Man of Action Entertainment.

Print copies of BEN 10: MECHA MADNESS will be available for sale on November 13, 2019 at local comic book shops (use comicshoplocator.com to find the nearest one), November 19, 2019 at bookstores, and the BOOM! Studios webstore. Digital copies can be purchased from content providers, including comiXology, iBooks, Google Play, and Madefire.

For continuing news on BEN 10 and more from BOOM! Studios, stay tuned to www.boom-studios.com and follow @boomstudios on Twitter. 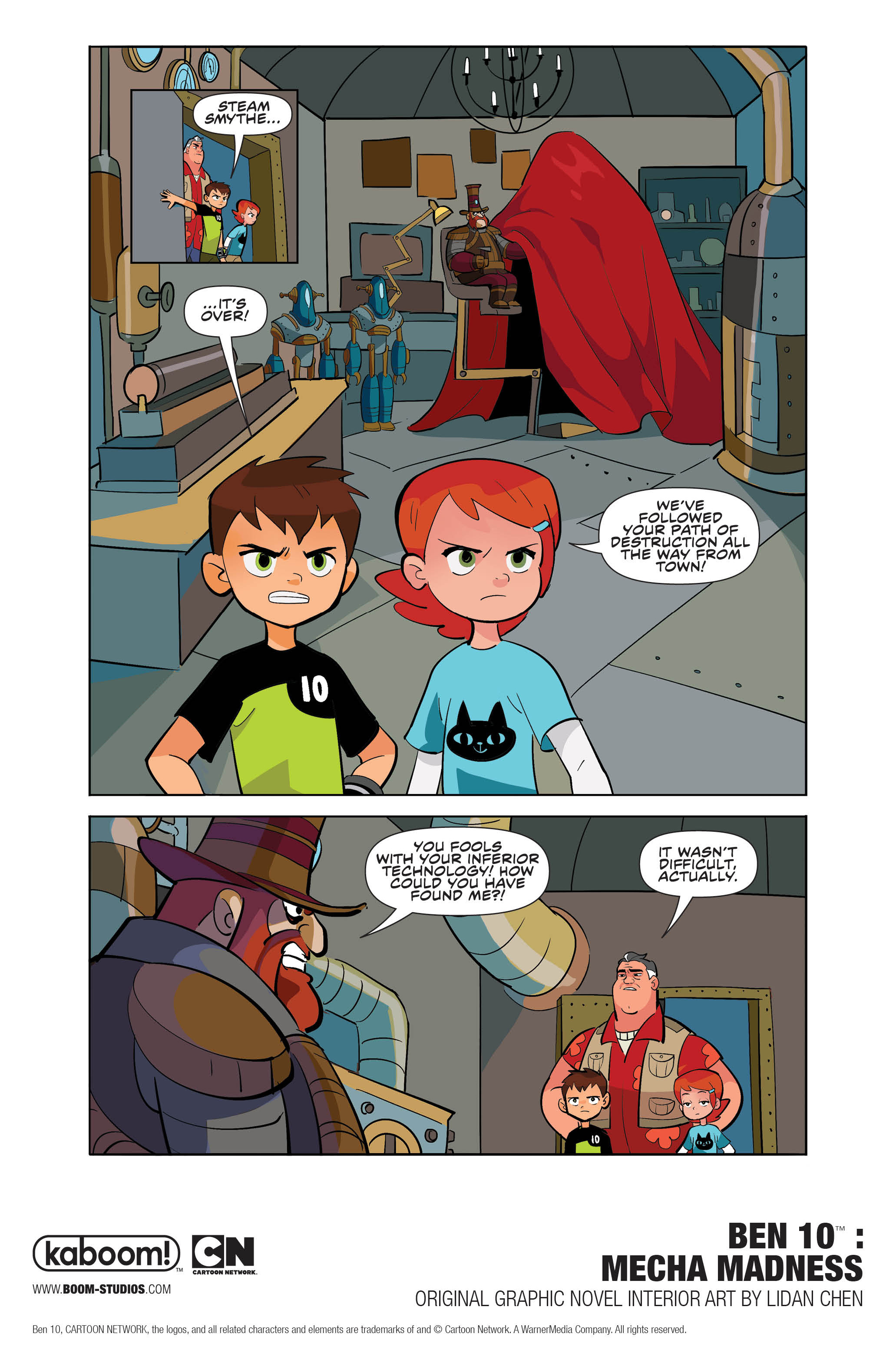 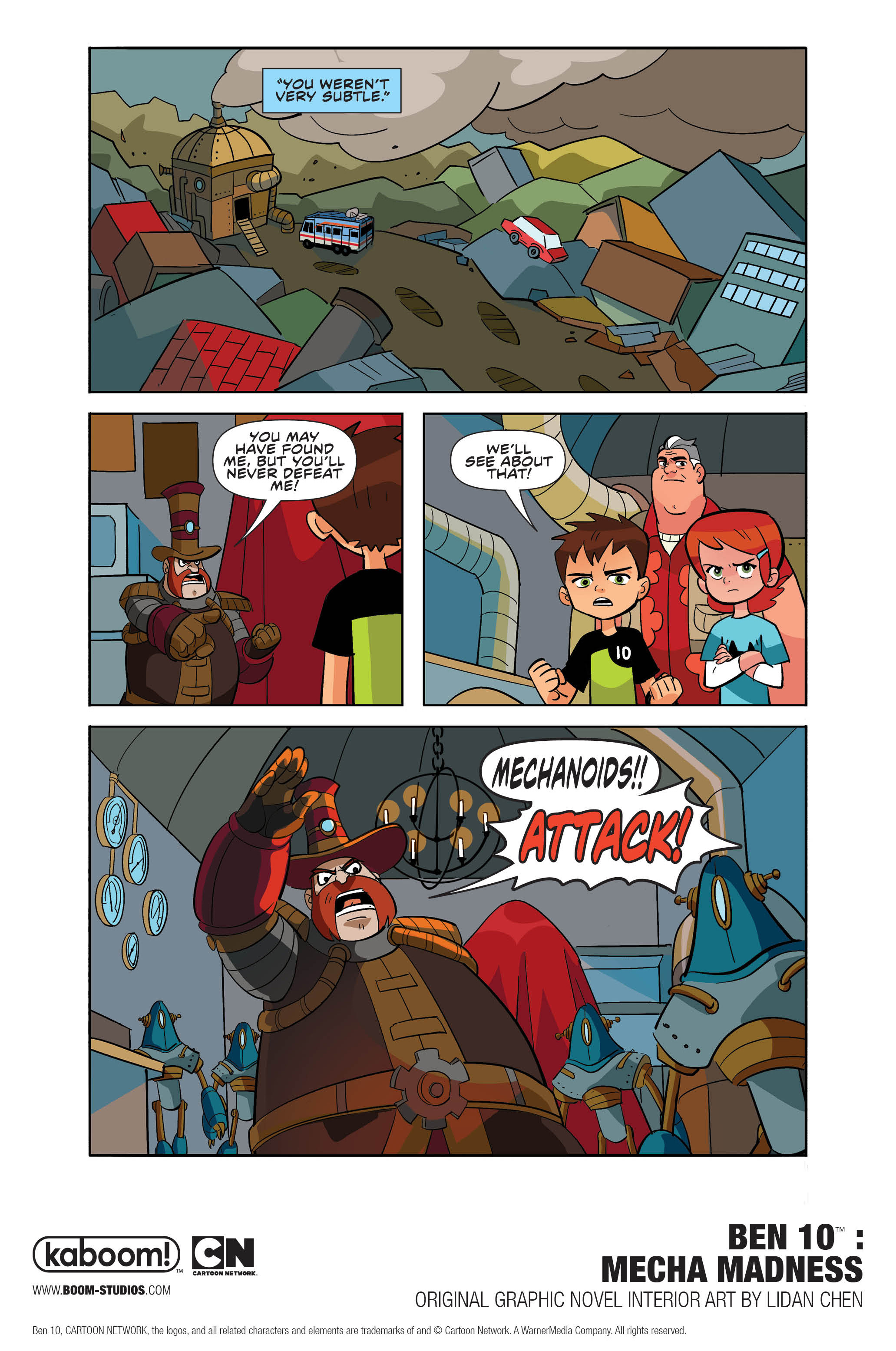 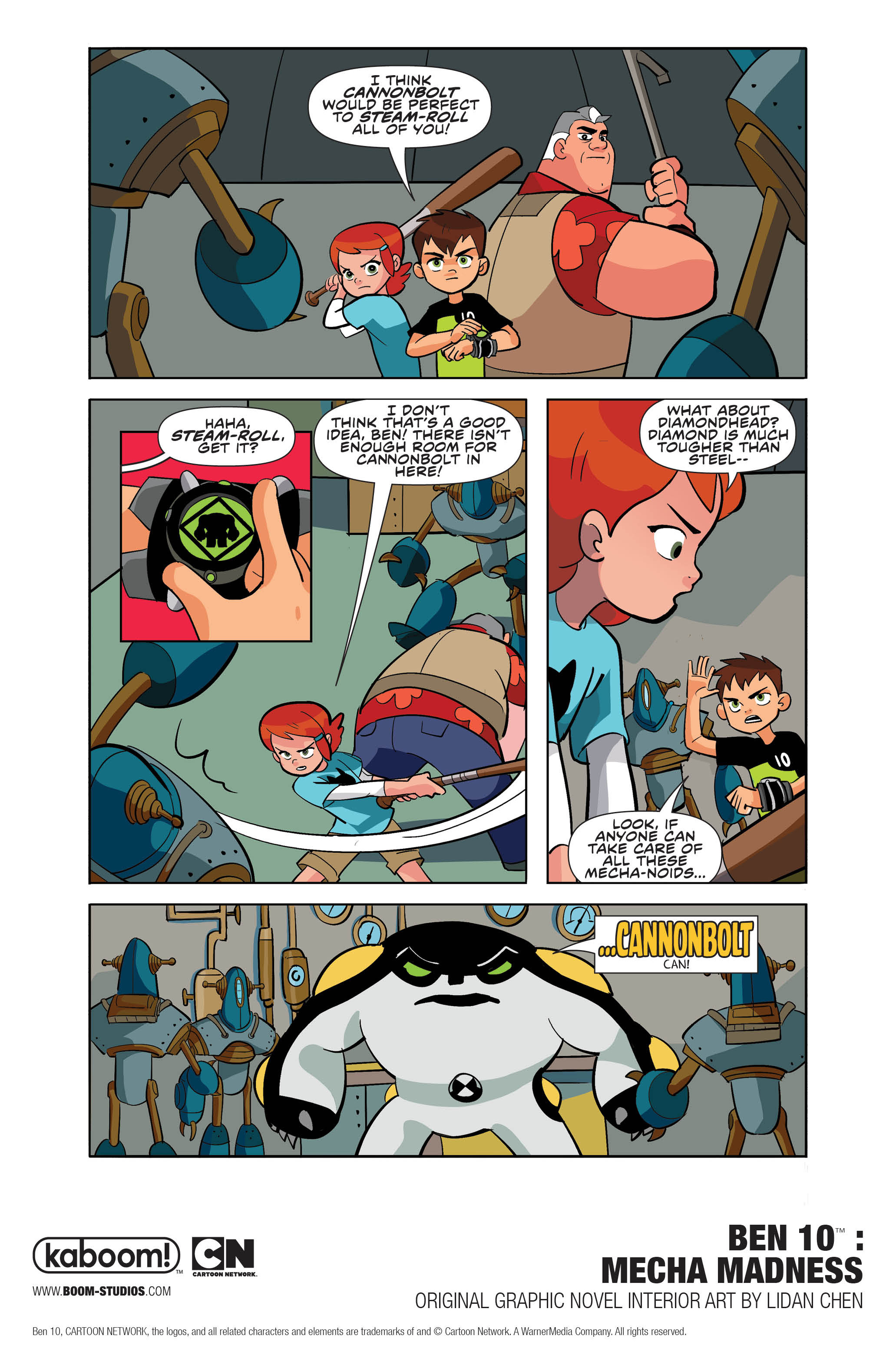 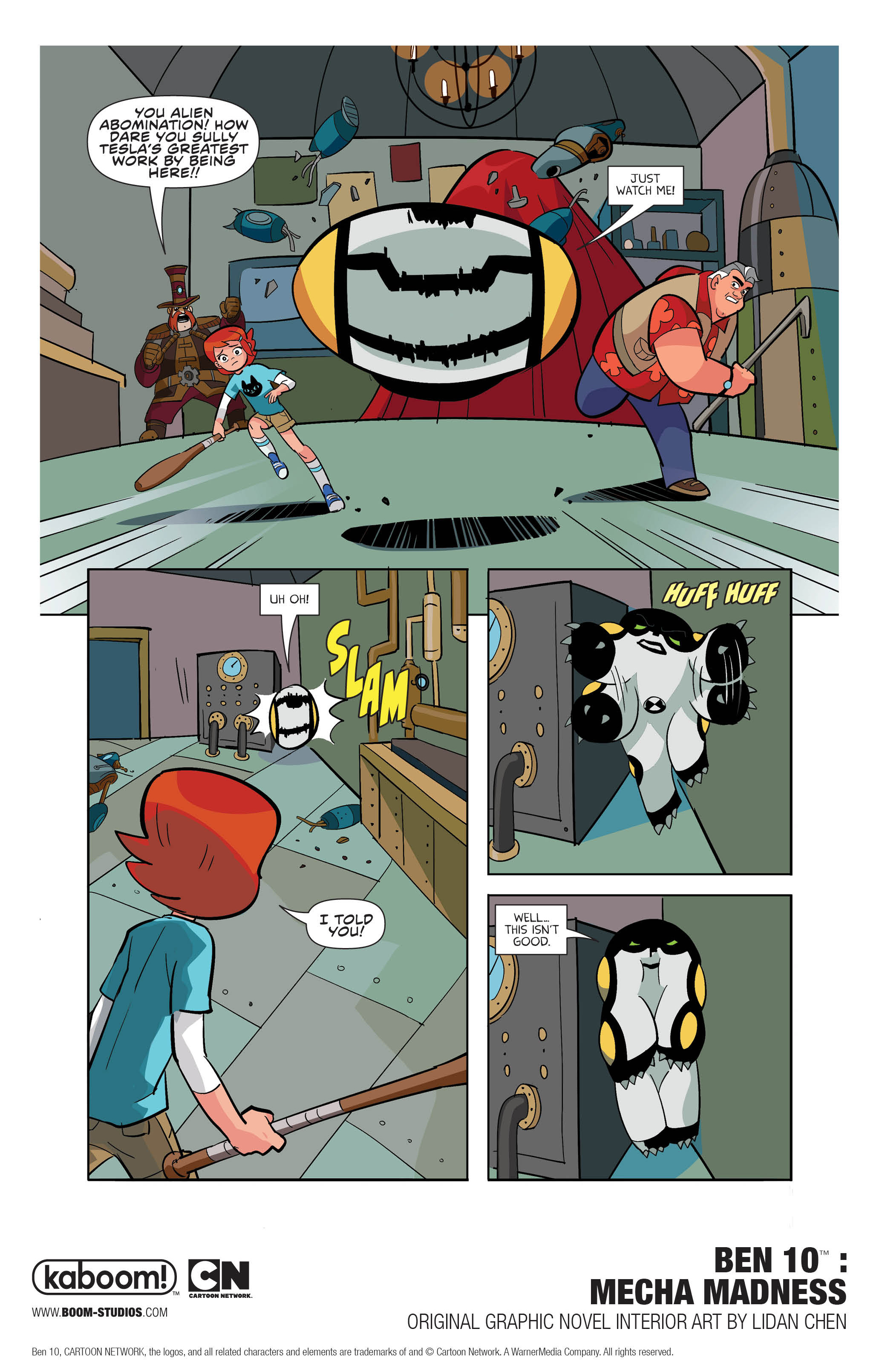 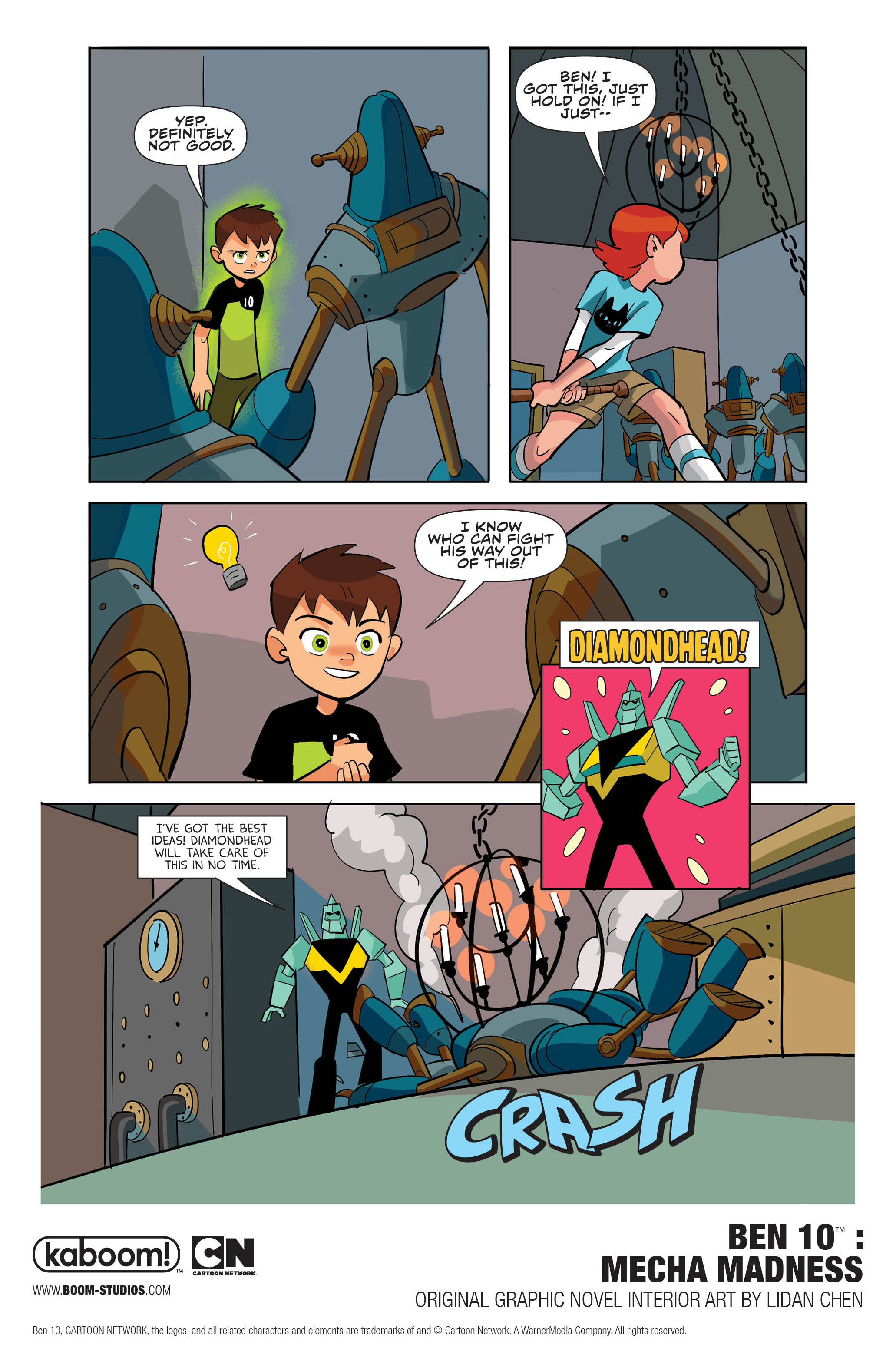 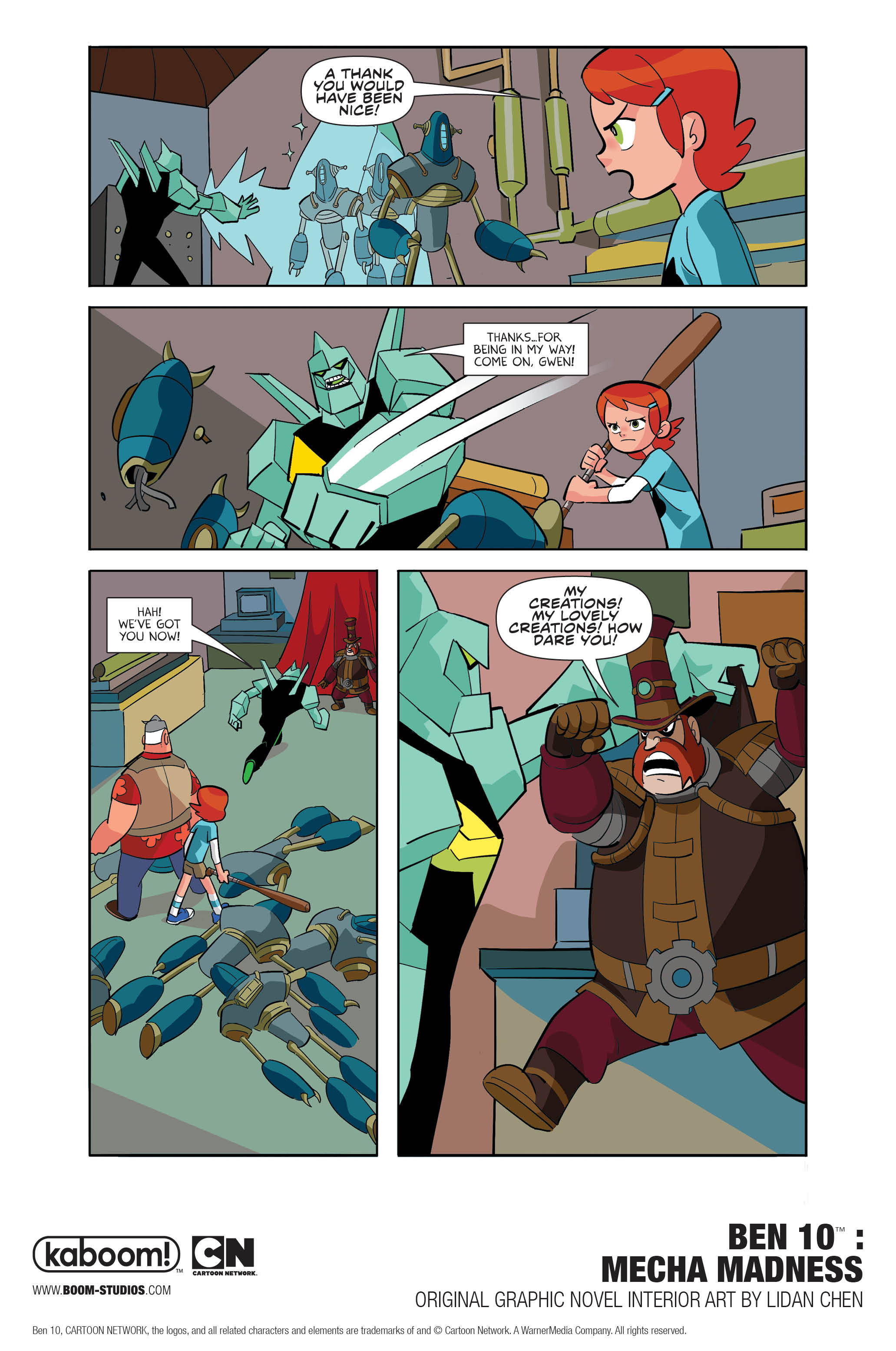 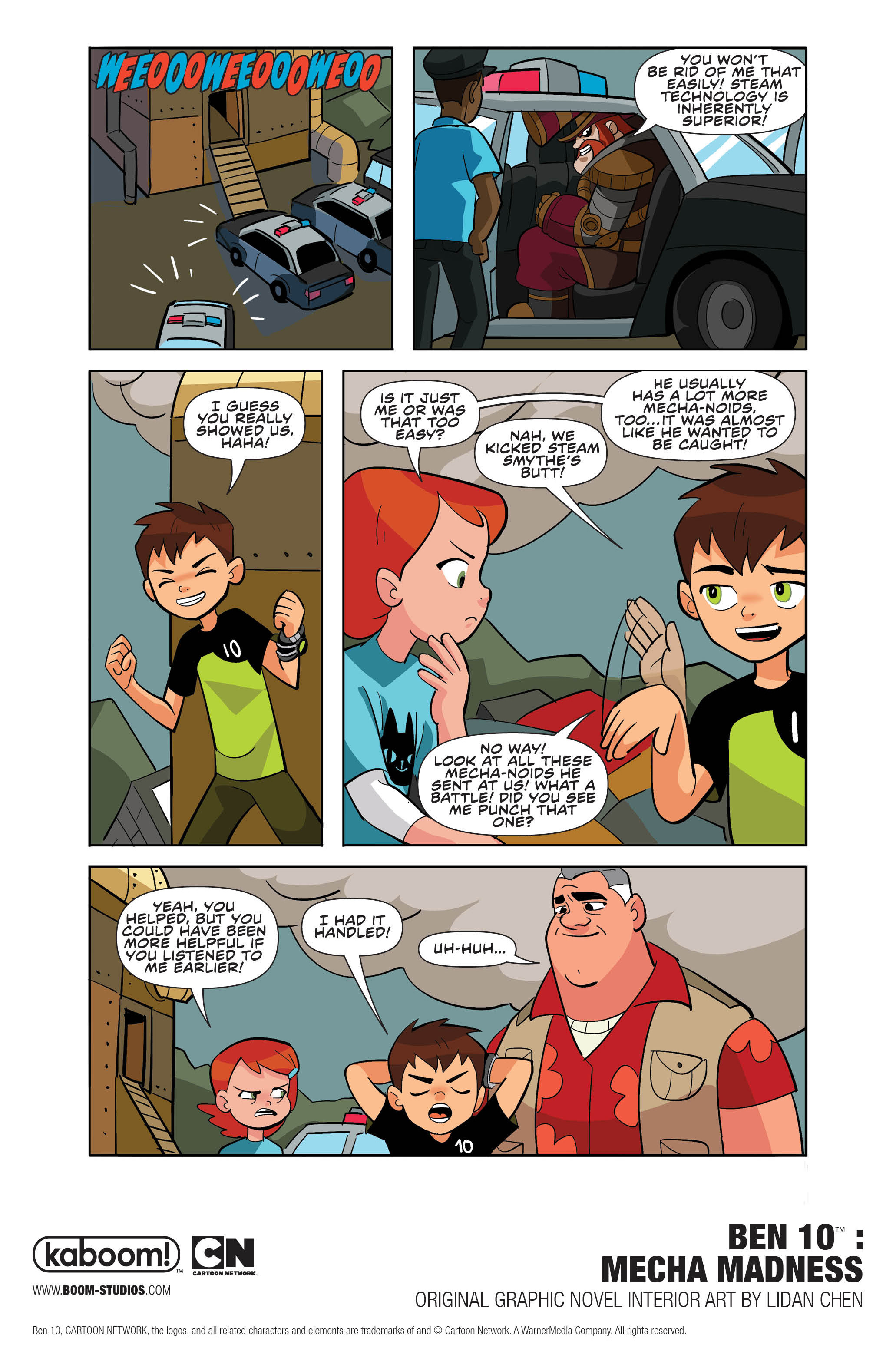 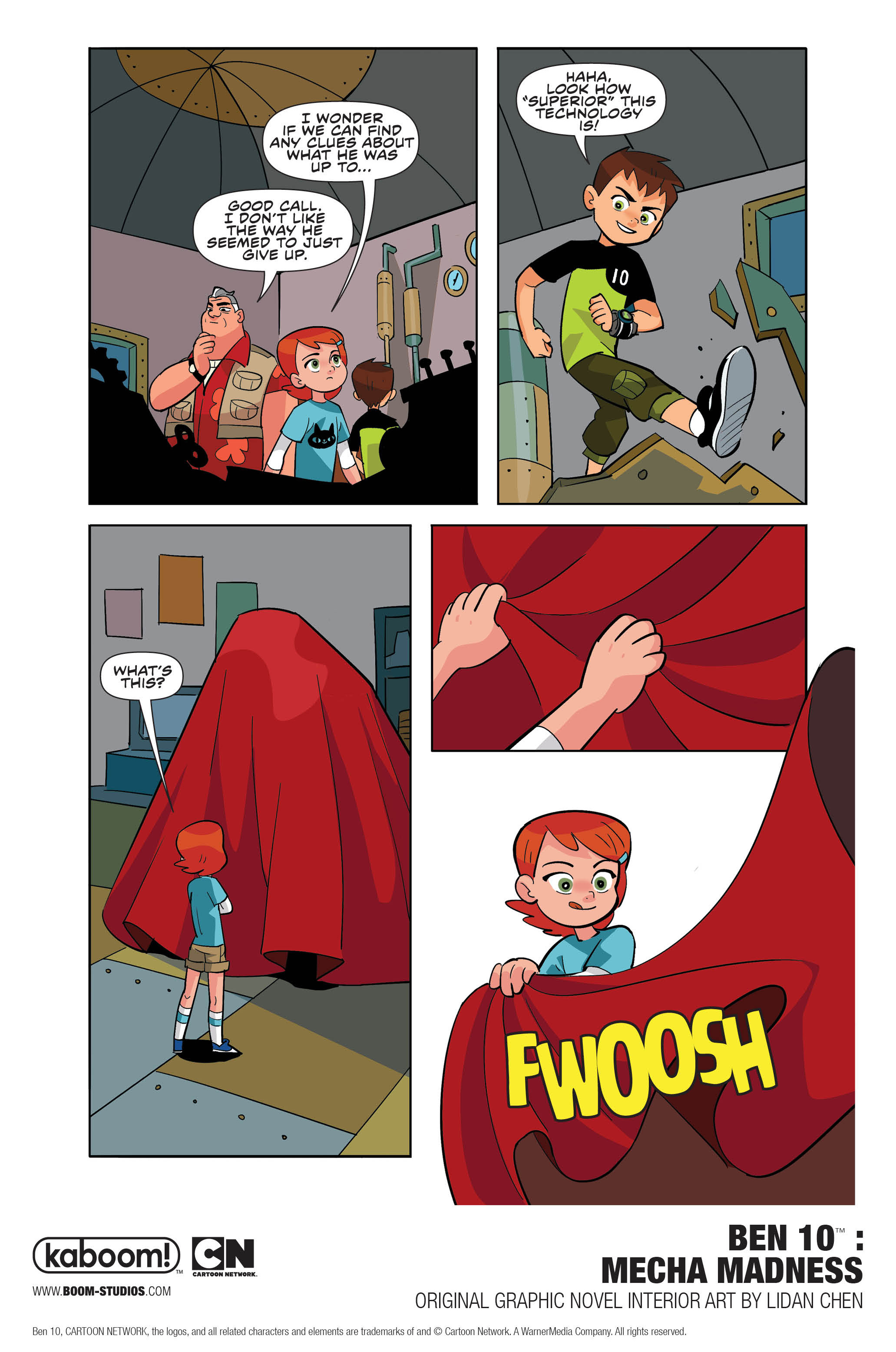 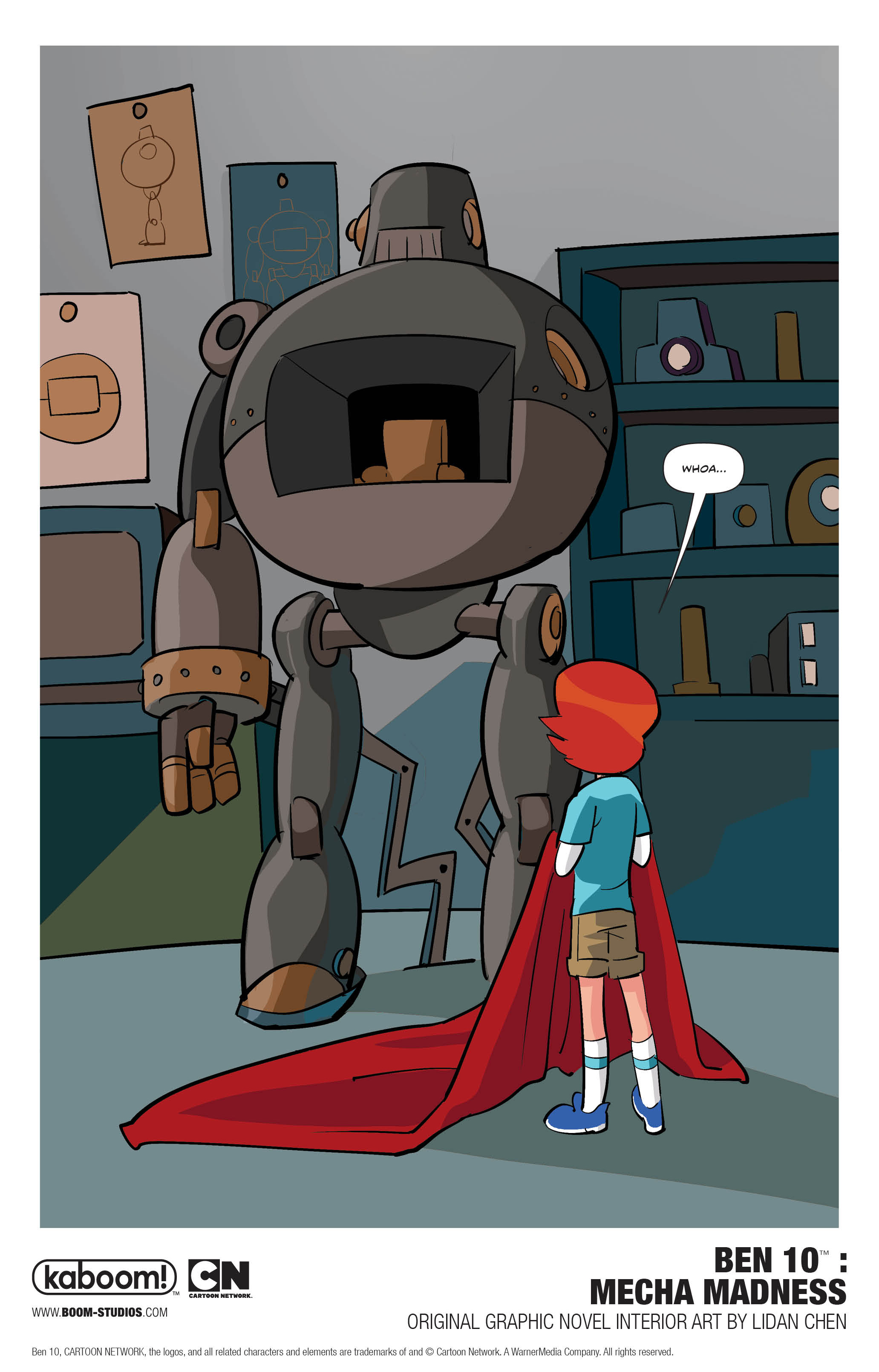 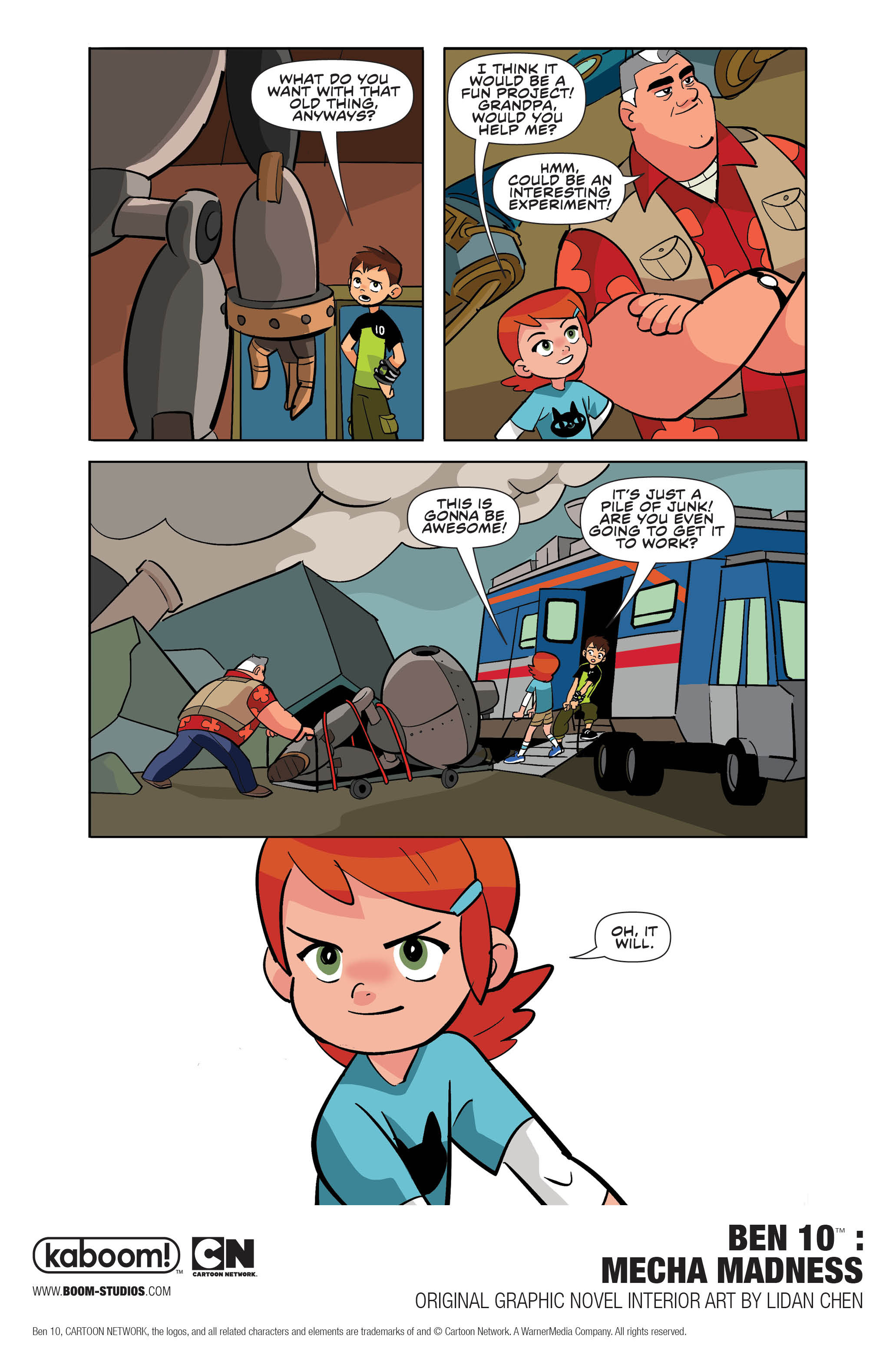 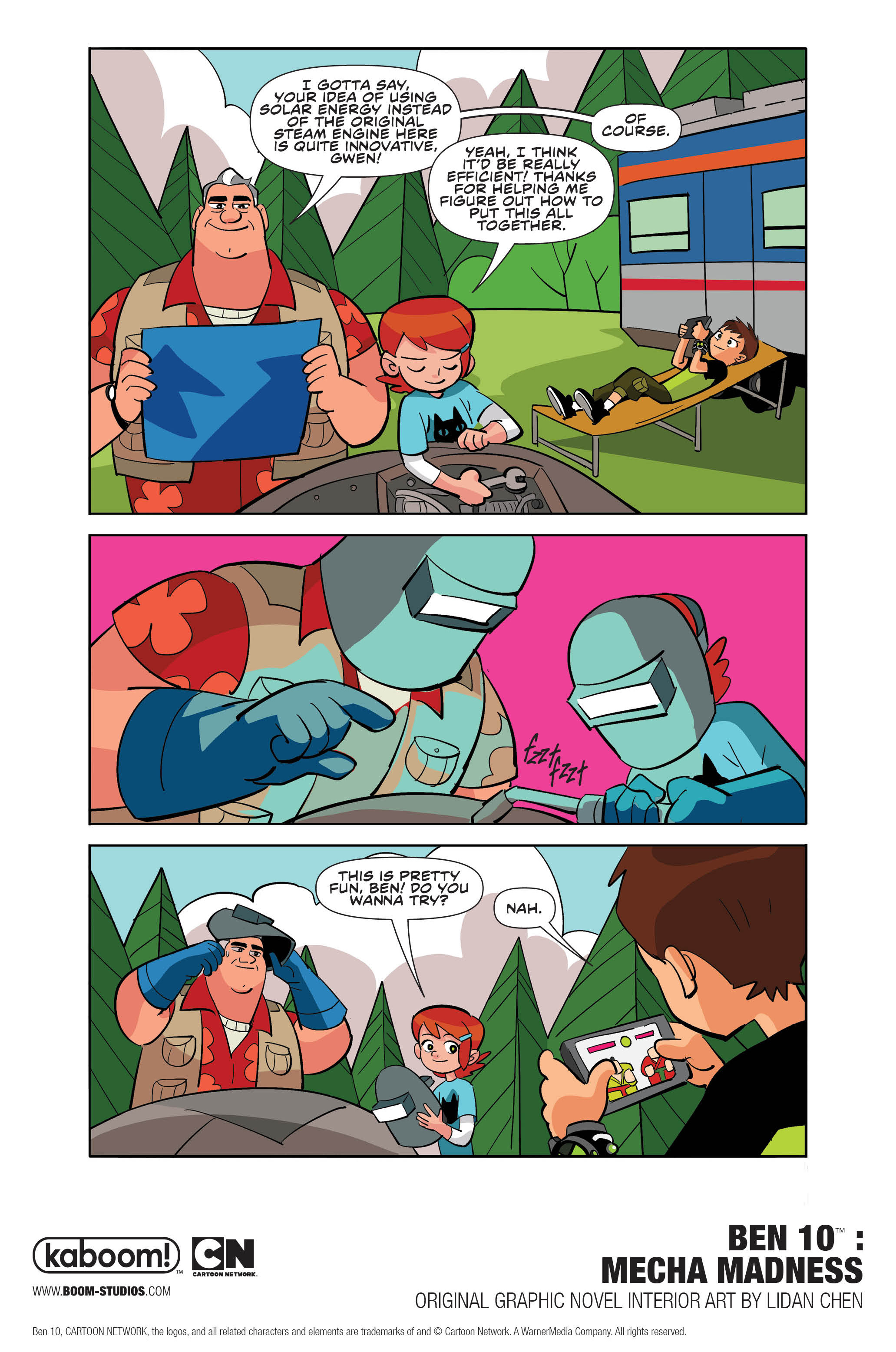 More Madness to Come with the Mad Cave Showcase 2.0!