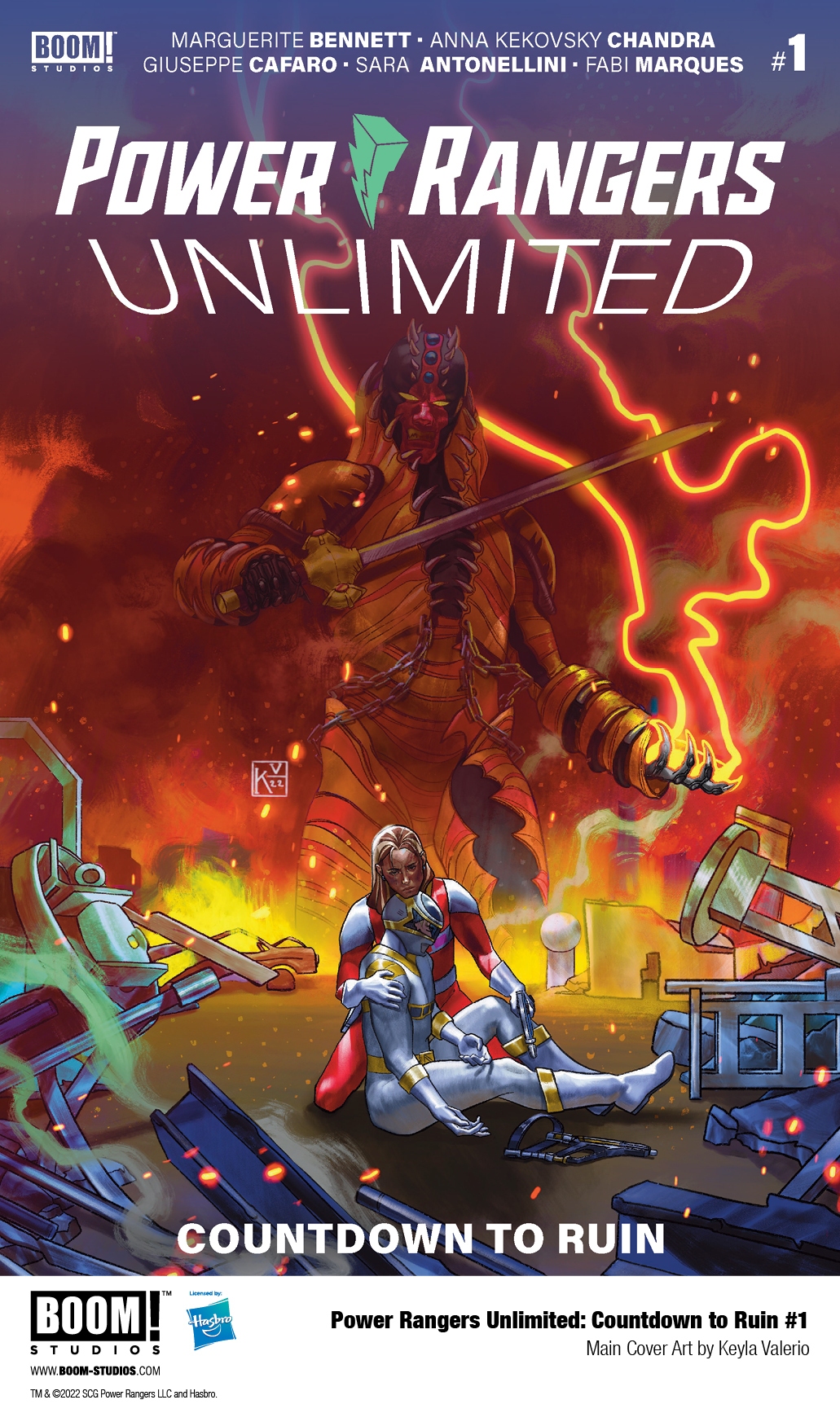 LOS ANGELES, CA (June 21, 2022) – BOOM! Studios, under license by Hasbro, Inc. (NASDAQ: HAS), today revealed an exclusive first look at POWER RANGERS UNLIMITED: COUNTDOWN TO RUIN #1, an exciting new one-shot adventure by highly acclaimed author Marguerite Bennett (Batwoman, M.O.M. Mother of Madness), rising star artists Anna Kekovsky Chandra and Giuseppe Cafaro, colorists Sara Antonellini, with color assistance from Sharon Marino, and Fabi Marques, and letterer Ed Dukeshire, presenting a brand new story that ties the past, present, and future of the Power Rangers together into an unforgettable saga that will have ramifications for all things Morphin across the galaxy . . .

Continue the CHARGE TO 100 in this POWER RANGERS UNLIMITED special as calamity looms for fan-favorites Andros and Zhane from the hit series “Power Rangers in Space.” Discover their past growing up on KO-35, the journey to becoming Rangers, and the epic battle that changed their lives forever…

Print copies of POWER RANGERS UNLIMITED: COUNTDOWN TO RUIN #1 will be available on June 29, 2022 exclusively at local comic book shops (use comicshoplocator.com to find the one nearest you) or at the BOOM! Studios webstore. Digital copies can be purchased from content providers like comiXology, iBooks, Google Play, and Kindle.

For continuing news on MIGHTY MORPHIN and POWER RANGERS series and more from BOOM! Studios, stay tuned to boom-studios.com and follow @boomstudios on Twitter. 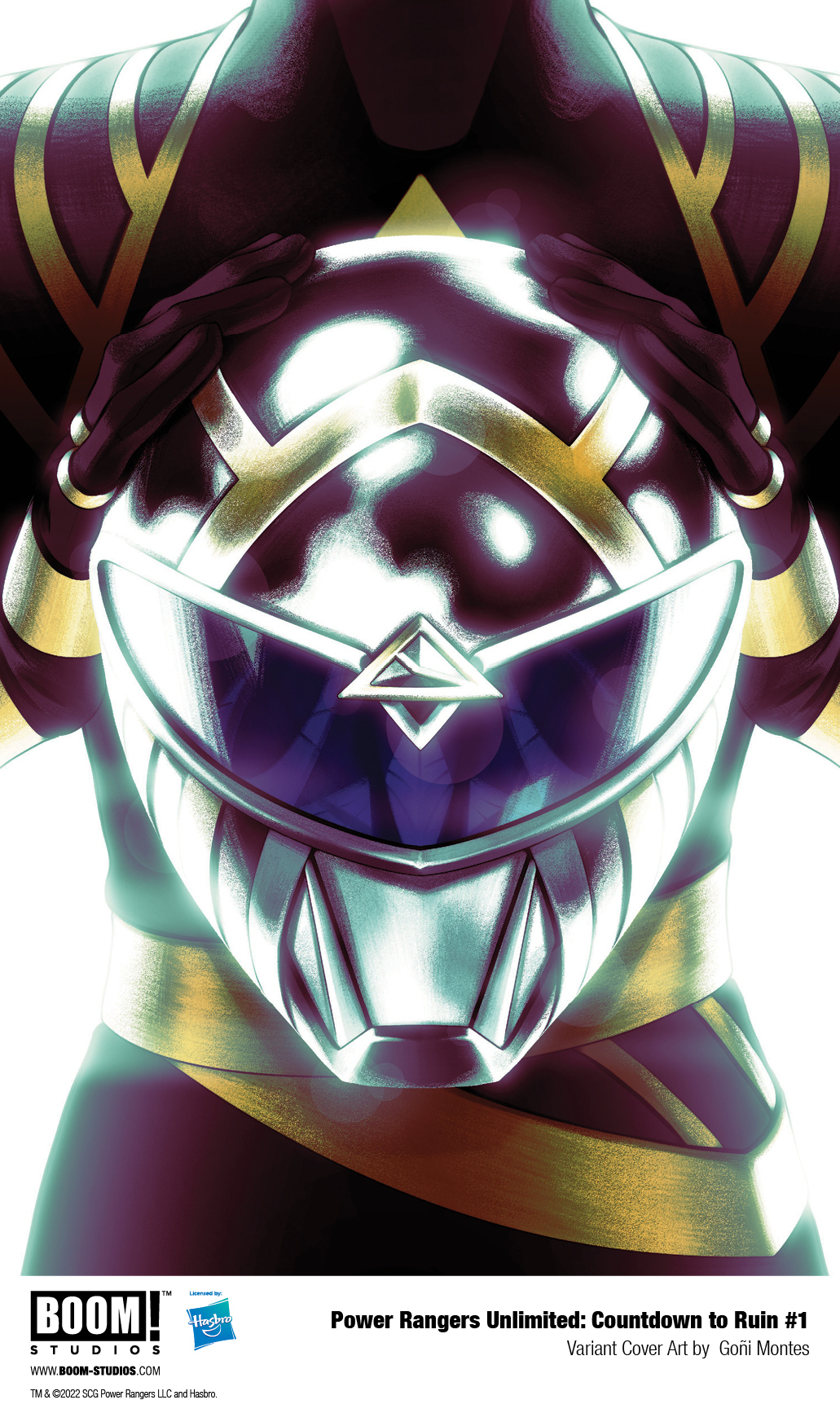 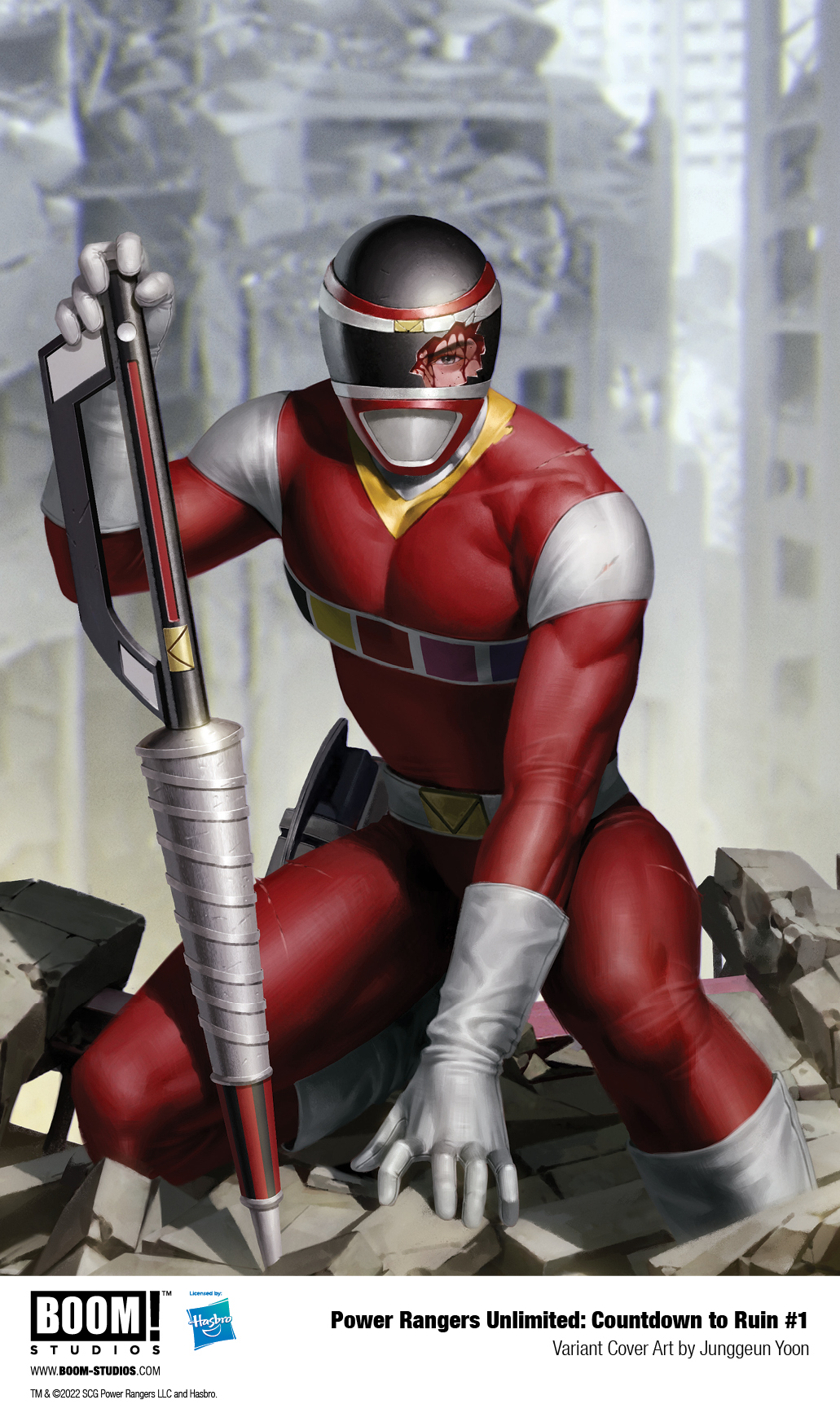 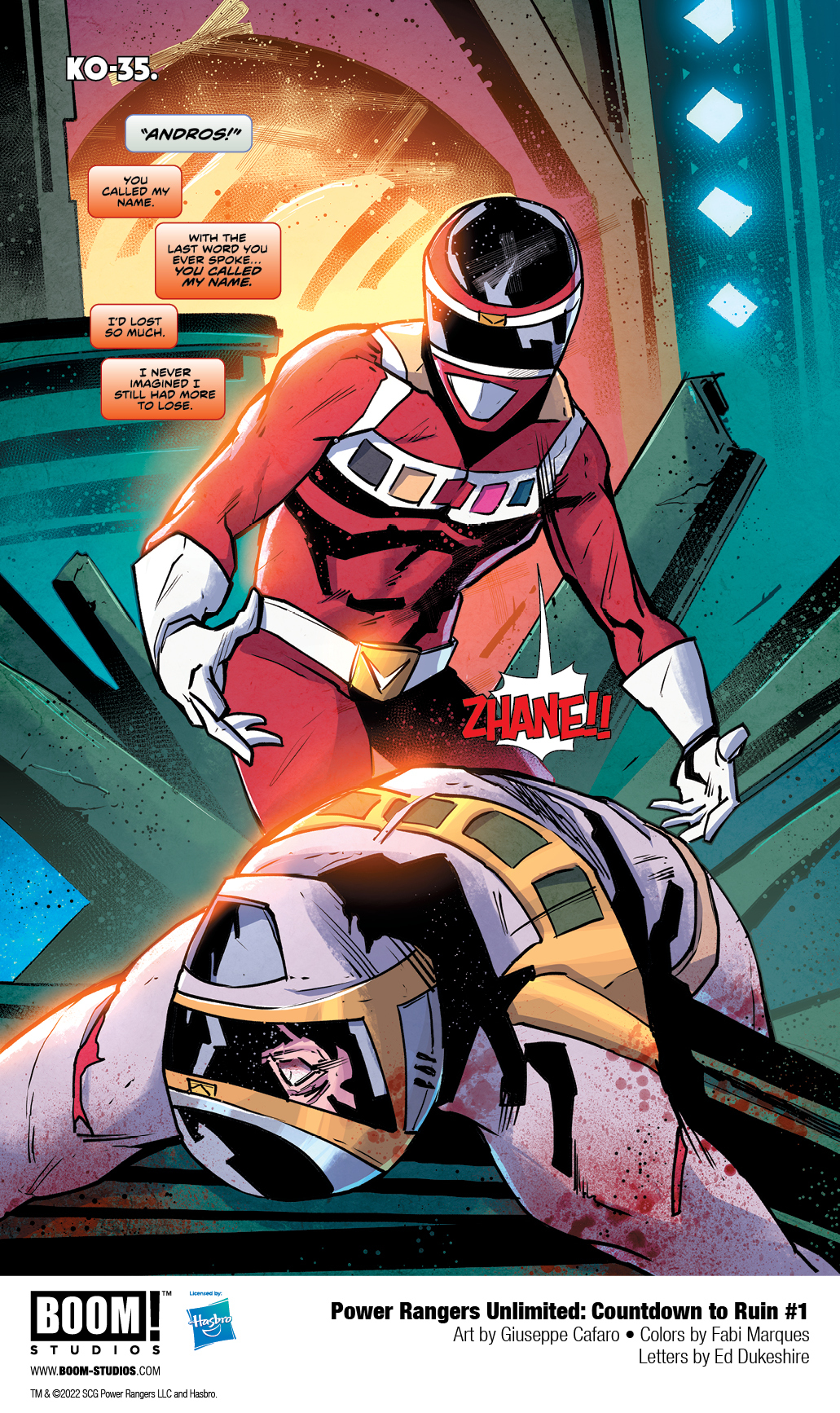 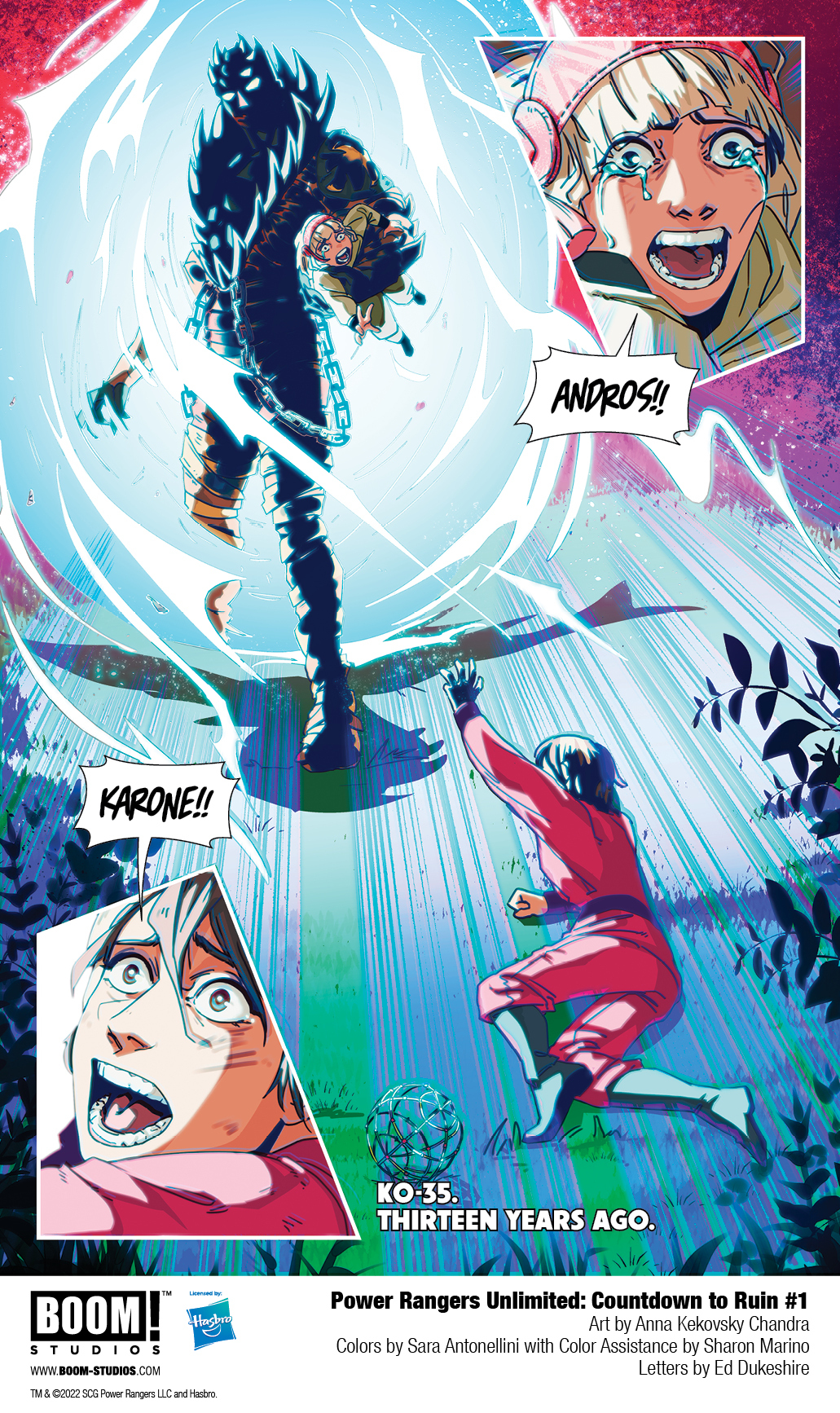 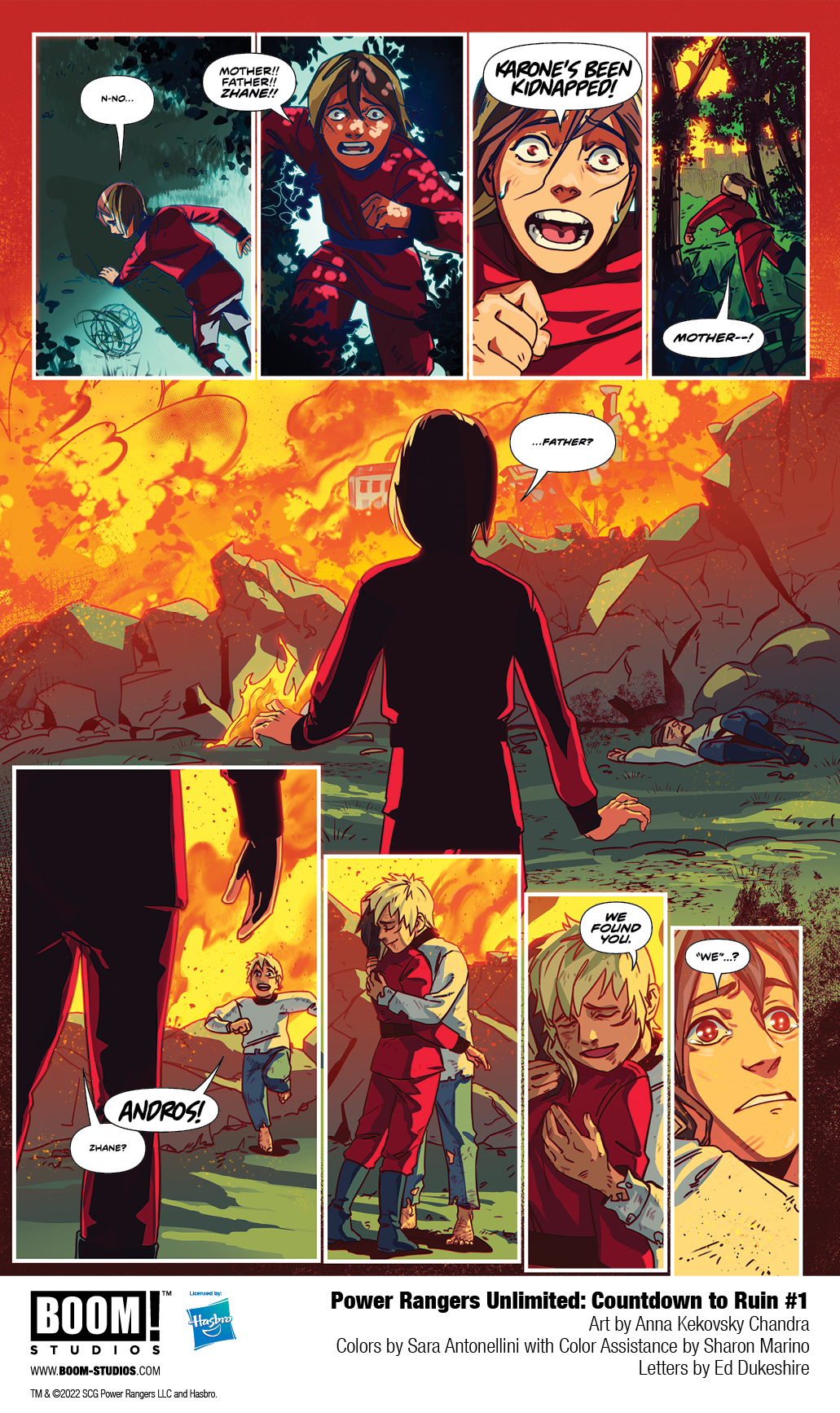 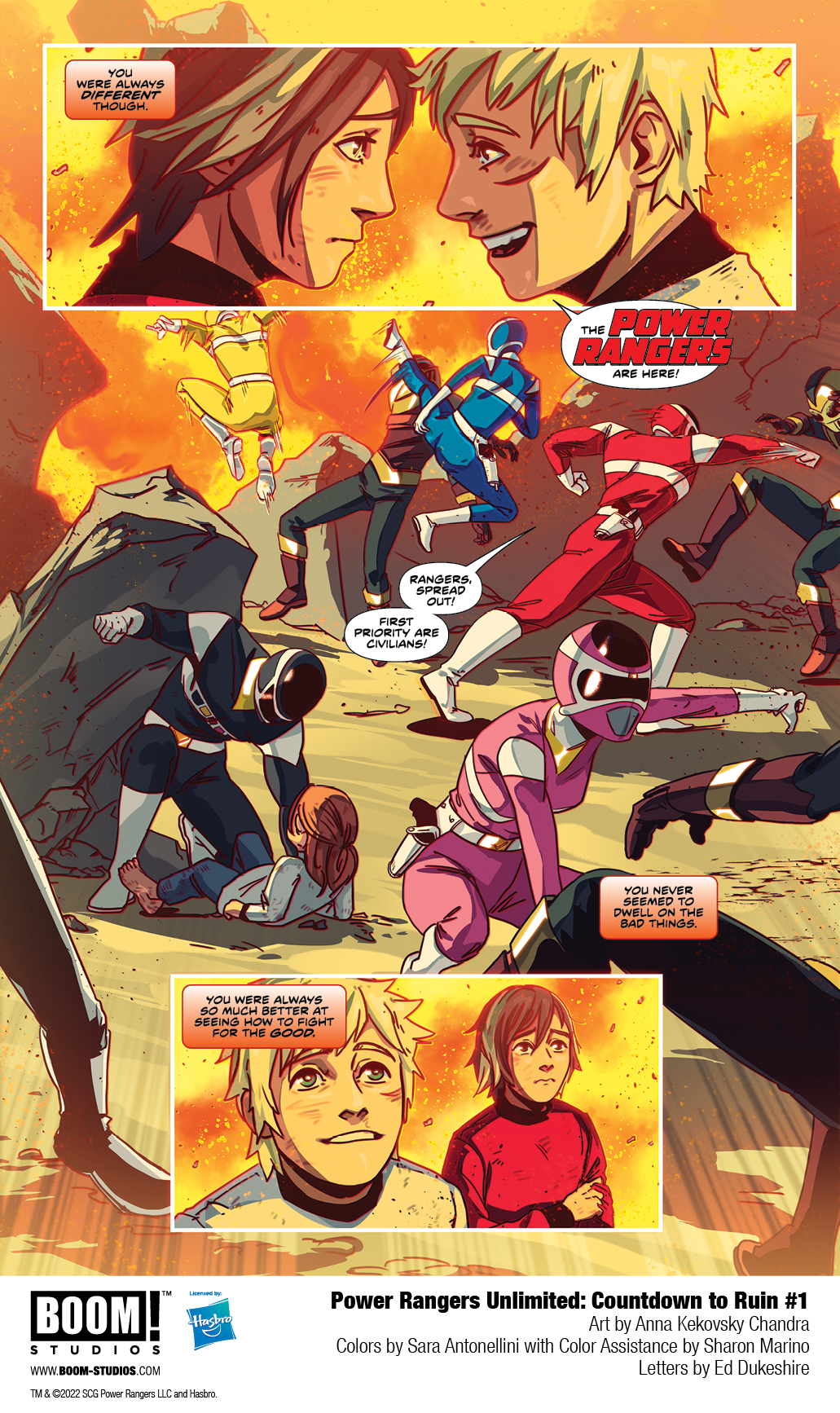 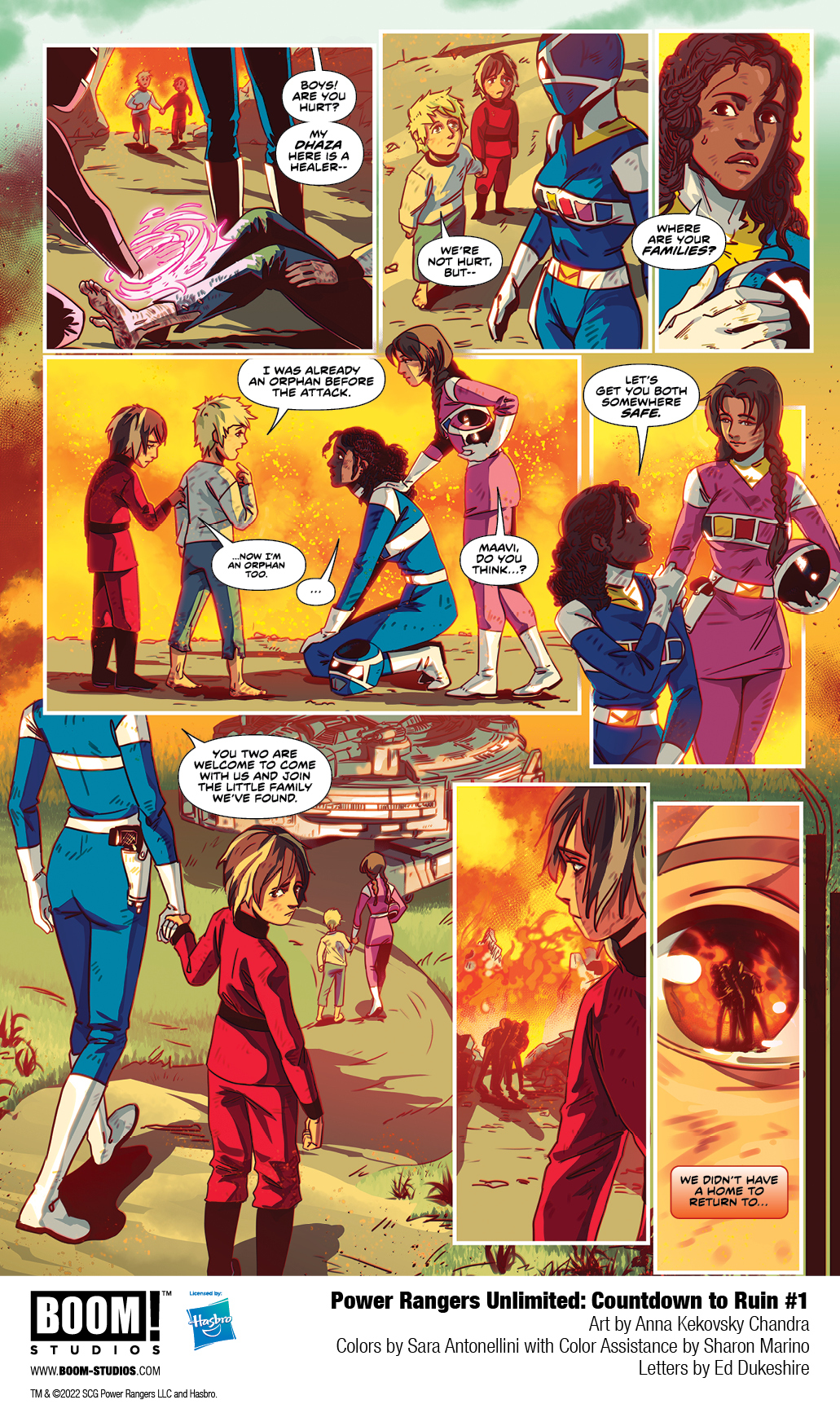