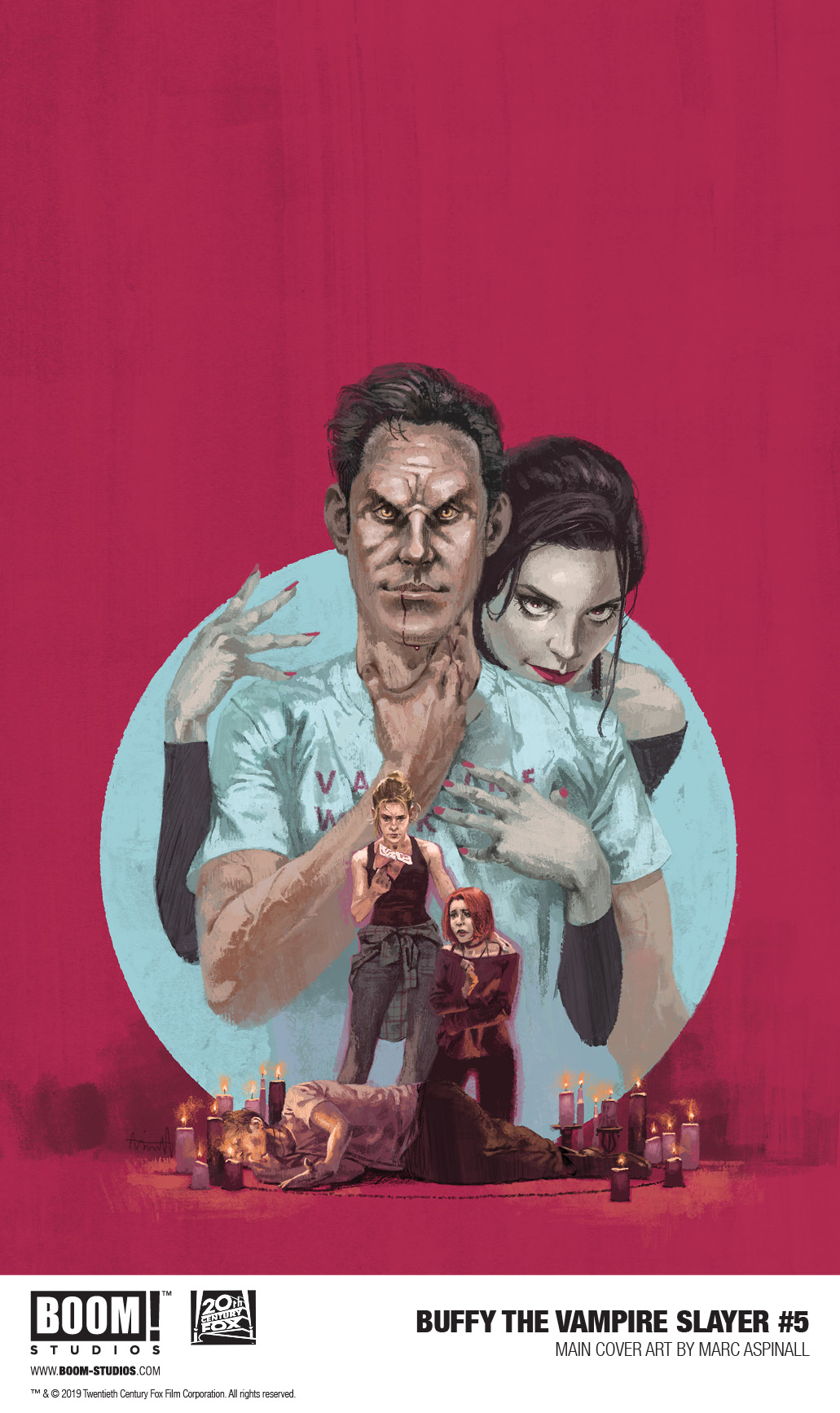 LOS ANGELES, CA (May 16, 2019) – BOOM! Studios today, in partnership with 20th Century Fox Consumer Products, unveiled the BUFFY THE VAMPIRE SLAYER #5 cover by Mondo illustrator, Marc Aspinall, where vampire Xander and Drusilla look on as Buffy and Willow try to save Xander’s soul. This game-changing issue of the hotly anticipated series will debut in stores June 5, 2019, with a heart wrenching mission that Buffy must complete at all costs in order to save her friend.