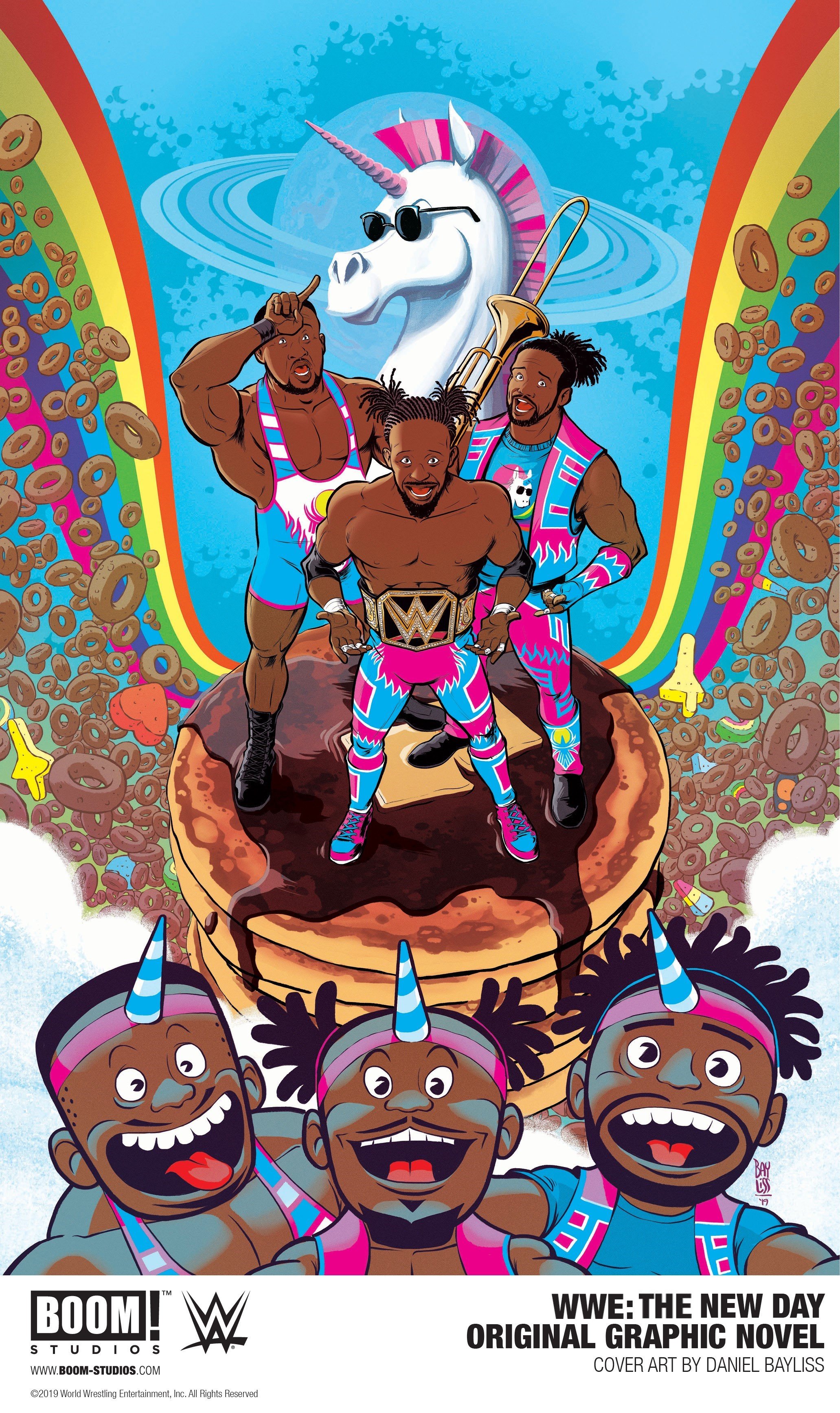 LOS ANGELES, CA (July 19, 2019) –  BOOM! Studios, in partnership with WWE today announced a new graphic novel, WWE: THE NEW DAY, starring WWE Champion Kofi Kingston and WWE Superstars Big E and Xavier Woods of The New Day that will be released in 2020. Fans at the BOOM! Studios: Discover Yours panel were shocked when Kingston made a surprise appearance in the panel to announce the graphic novel, which follows the group from their earliest days at WWE through their meteoric rise as three of the most beloved WWE Superstars!

The New Day debuted as a Tag Team in 2014 and have gone on to become six-time Tag Team Champions, including the longest reigning champions in WWE History.    Kingston also made headlines this past April after his historic win against Daniel Bryan for the WWE Championship at WrestleMania 35 in front of a sold-out crowd of 82,265 fans at MetLife Stadium.

“There are few modern WWE Superstars with a greater legacy than The New Day – and as they’ve shown this year, there’s no ceiling to what Kofi, Xavier and Big E can accomplish,” said Chris Rosa, Editor, BOOM! Studios. “WWE: THE NEW DAY is the first time fans will get an intimate, behind-the-scenes look at their journey to the top of the proverbial mountain and we can’t wait to share more news with fans soon!”

Print copies of WWE: THE NEW DAY graphic novel will be available for sale in 2020 at local comic book shops (use comicshoplocator.com to find the nearest one) or at the BOOM! Studios webstore. Digital copies can be purchased from content providers, including comiXology, iBooks, Google Play, and the BOOM! Studios app.