Okay, I just got through watching the new Fantastic Four movie and I’ve got to wonder — what the HELL is WRONG with people?

I’m not talking about the people who made the movie. I’m talking about alllllllll the smack talk about how god-awful this movie was supposed to be. No, it wasn’t exactly like the comic. Boo HOO!

It was a thoroughly entertaining movie that never lagged from beginning to end. Unlike some of the superhero movies that are so well thought of. The first X-Men movie was VERY far removed from their source material, yet THEY were cut a break. In fact, they received rave reviews for “updating” and “adapting to the real world”. The acting was top notch, the SFX were great, and the story, while not identical to the comics, avoided using a cliche like “cosmic rays” to explain the gaining of their powers.

I found Reed a bit wimpy, but he evolved and grew into the role of hero. Something far too many superhero stories (including comics) fail to do is show a hero grow into the role. Most of the time we’re shown “ordinary people” thrown into “extraordinary circumstance” and they immediately adapt to it. Daredevil, the TV series did a great job of that, but few other shows show the “human” side of “superhuman”.

I’m actually sorry I didn’t see Fantastic Four in the theatres. This is one of the few times I heard SO MANY bad reviews that I decided to skip it, and this just solidifies my belief that I should absolutely NEVER listen to ANYONE’S reviews and just go with my gut instinct. 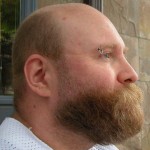