Carol Zara spoke with a select group of comic book artists to discuss their career and personal achievements. 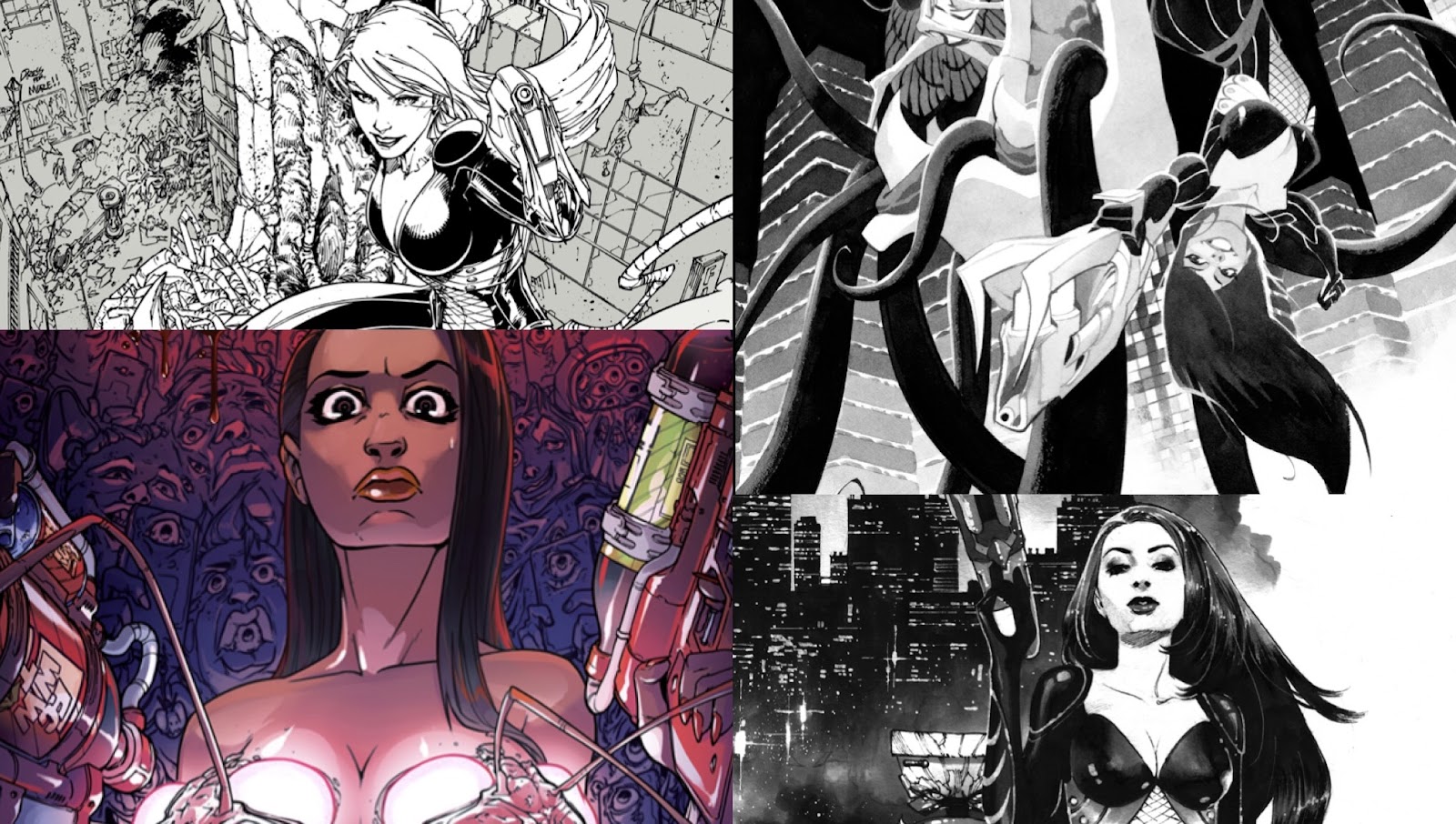 Credit: Alien Toilet Monsters®
Being an artist, in any era, is notoriously difficult. To make a living from your passion is rare; it’s rarer still, to rise to fame, and be remembered for your work.
So, for World Art Day this year, we’ve chosen to spotlight seven living artists who are extremely dedicated to their craft, that being, the art of comics.
Few people understand the immense pressure a comic book artist faces, unless you’ve been one, or worked with them, yourself. Beyond simply creating a single image, comic artists must create entire worlds, often working in small groups or on their own.
Every line or brushstroke can be excruciating, as they fight to convey the essence of a single moment, panel after panel, page after page. Looming deadlines on tiny budgets, means sleepless nights, bottomless coffee, and an iron will, as they reach deep within themselves to draw out the emotional truth, in each of their characters.
For Carol Zara, who is no stranger to the process (as she’s one half of the team that created Alien Toilet Monsters®), the celebration of living artists is very important. Too often, we wait until an artist has passed on to celebrate their art. Unfortunately, recognition after the fact, is of little benefit to the artist themselves.
So, with that in mind, let’s celebrate these seven remarkable, living artists, who have been shaking things up, and turning heads!
Brett Booth
“Hmmmm… I don’t really think about past achievements much. For me it’s what comes next, what would I like to do now.” That’s none other than artist Brett Booth, who’s known for his work on X-Men, Justice League of America, Fantastic Four, Teen Titans, and Backlash.
For Brett, working on projects his interested in helps keep him at the drawing table: “It’s still work, of course, but it’s more fulfilling work…” And how is he going to celebrate World Art Day? “I’ll be celebrating by drawing! What could be better,” Booth added.
Brett also revealed he’s currently working with Todd McFarlane on the upcoming Sawn Universe, and that he’s getting ready to launch his own crowdfunded project in the next 3 months or so: “It’s harder than it seems, getting everything done on a schedule. I’m trying to get it mostly done on my part before launch so it can be printed and shipped as soon as possible. Almost there,” Booth told Carol Zara. 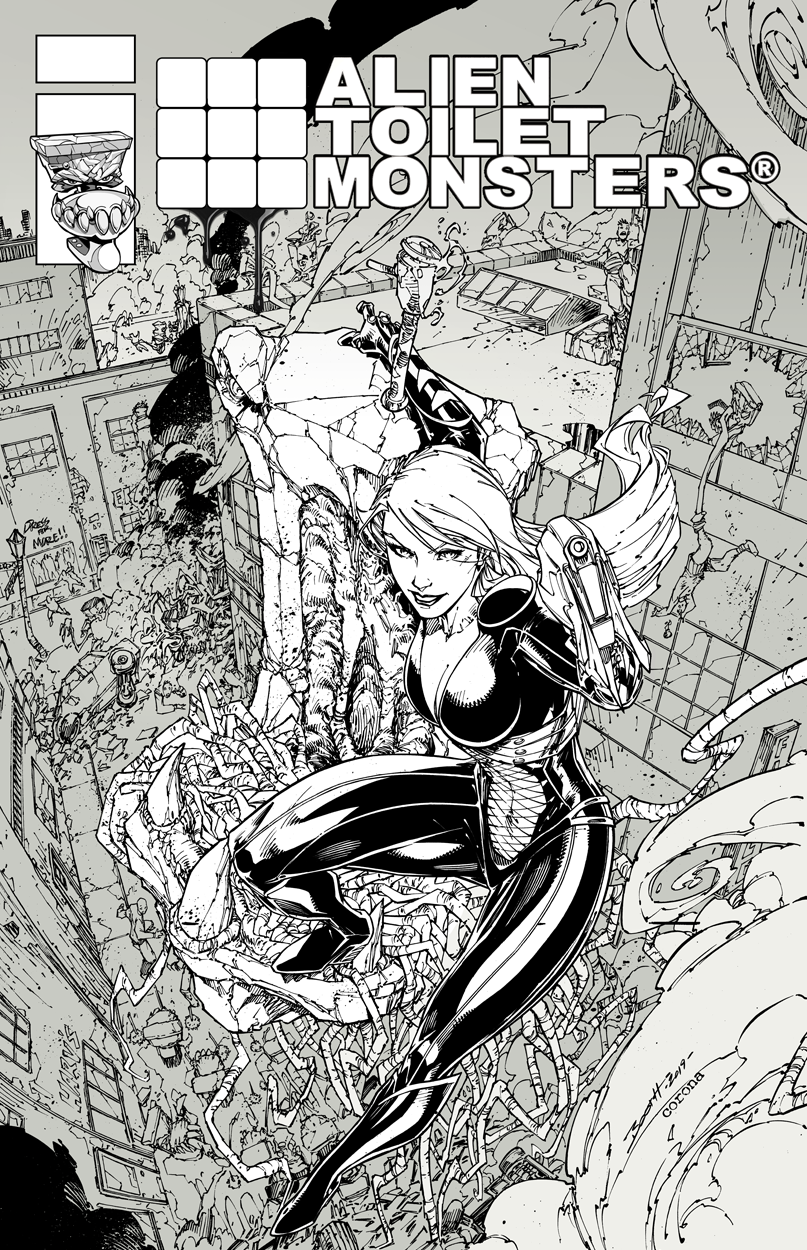 Credit: Alien Toilet Monsters®, Variant Cover by Brett Booth
When it comes to his future, Brett Booth, whose variant cover for Alien Toilet Monsters® has yet to be published, says he’s hoping to focus more time on creator-owned work. “And then, if I have time, take on some fun side projects when possible. My dream is to just be able to keep doing this. I love drawing and creating comics, this was my dream job as a teen, so to finally get my own characters published will be great to see,” he said.
Sheldon Vella
“Sheldon is so beautifully punk! His style is electric and vibrant… The art just screams at you,” Carol Zara said. 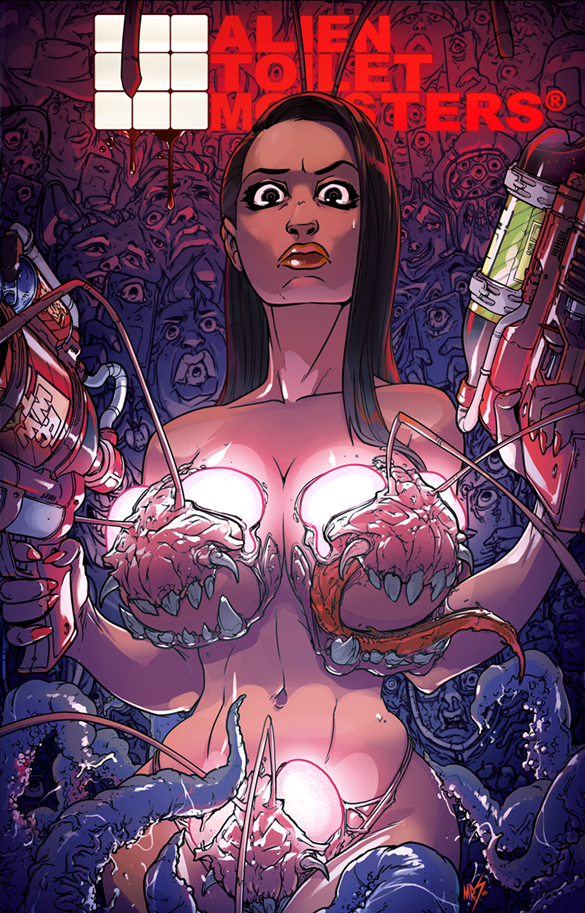 Credit: Alien Toilet Monsters®, Variant Cover by Sheldon Vella
Sheldon Vella, who goes by @MrSheldon on Twitter, was Carol’s first choice to illustrate the variant cover for Alien Toilet Monsters® #2.
The cover has not yet been published, but Carol said she’s really excited about it: “I’m in love with this cover. The details in the background are so impressive! To me, Sheldon Vella is more than an illustrator; he is a poet.”
Vella, whose past work includes the Spider-Verse comic “With Great Power Comes No Future” and storyboards for TMNT 2012, as well as Rise of the TMNT, recently replied to an artist’s question on Twitter about how to deal with self-criticism. He advised his fellow artist to unplug from social media and draw for fun, as if no one was watching.
Tom Grummett
The Canadian artist may be best known for his elegant pencils in the 1993 event “Reign of the Supermen”, and perhaps, even more notably, his pin-up of Supergirl bursting through a brick wall. 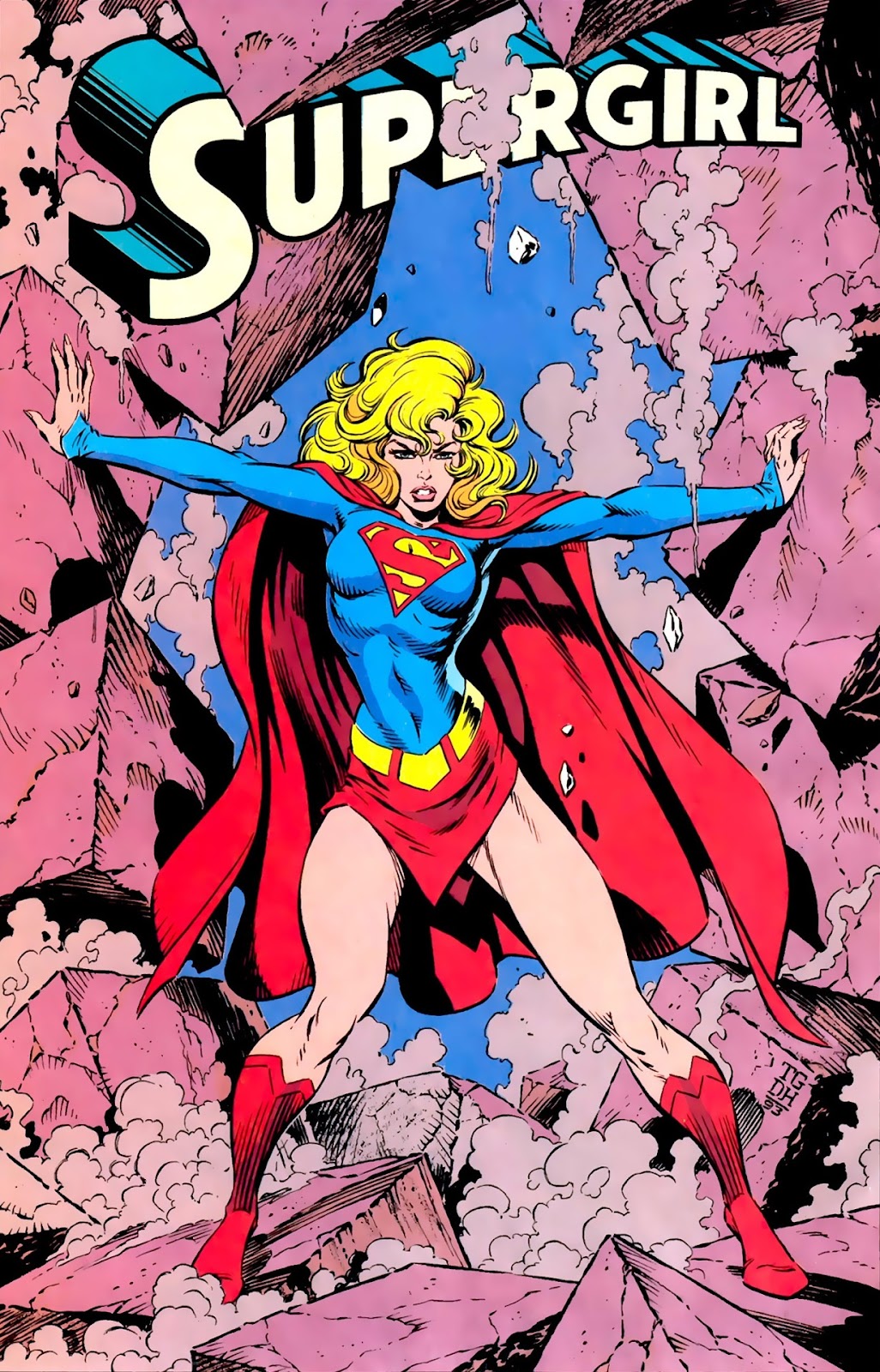 Credit: Supergirl and Team Luthor #1 / superman86to99.tumblr.com
Despite the iconic imagery he’s known for, Tom Grummett is quite modest when talking about his career in comics. When asked about what he’d like to celebrate on World Art Day, Grummett said: “I suppose I would celebrate that I was able to achieve a career at all! To work in comics was my dream, and it’s amazing to think I’ve lived that dream for over thirty years. I have been blessed to work with wonderful creators, and made some cherished friends along the way, and that’s worth celebrating.”
Tom added that, when it comes to future projects, he does not like to talk about them: “It always feels like spoiling the surprise party.” Still, the artist said that he would love to “Create something that is completely written, drawn, inked, lettered, and colored by myself. I’ve wanted to experiment with other techniques, and flex some different creative muscles.”
One future project we can talk about is the variant cover Grummett did for a future issue of Alien Toilet Monsters®. “Tom’s cover is the only one that we won’t be able to reveal until it goes to print. It’s a really fun idea that ties back to the overarching story in ATM, and mirrors the life of some of our favorite comic book characters. I can’t wait for comic fans to see it,” Zara said.
Matteo Scalera
Another talented professional on the list is world-renowned Italian artist Matteo Scalera, co-creator of the acclaimed creator-owned series Black Science. 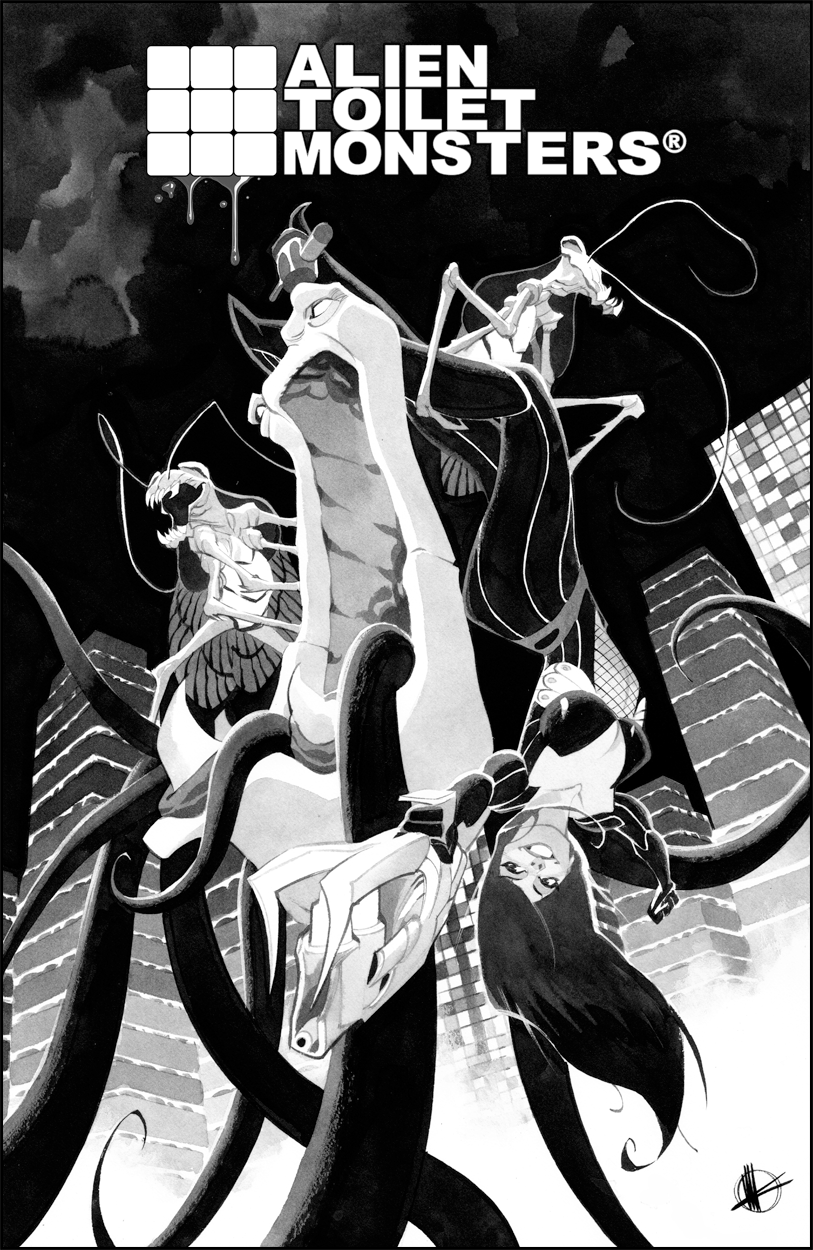 Credit: Alien Toilet Monsters®, Variant Cover by Matteo Scalera
Scalera also graciously agreed to provide Carol with a variant cover for Alien Toilet Monsters®, for another yet-to-be released issue. “Matteo is super talented! He has a very consistent and dynamic style. That’s why Eric and I thought the idea for Matteo’s cover would be perfect for him,” Zara said, adding that “Many artists prefer not to draw characters upside down, as it makes their work a lot more difficult, but Matteo didn’t even blink when we presented the idea to him.”
Mike DeBalfo
DeBalfo, who made a name for himself in the comic book industry by signing a contract with Zenescope Comics in 2009, also had something to say about World Art Day: “I’d like to celebrate that an academic dud like myself was able to successfully pull himself free from the vice grip that public education uses to bottleneck kids, who thrive on imagination and individual thought, into believing that art in general is not a realistic occupation choice and that they should conform to a more supplicate or ridged occupation choice for a subjectively more fulfilling and successful adult life and career.”
The American artist was recently tapped to reboot and help co-create the indie comic Zombies Vs Cheerleaders with his friend Steven Frank. “I’ve been working on that along with some covers that I’m not sure if I can mention by name or not. I’ll be doing some interior pages for at least a few issues of ZvC which is something I haven’t done in a hot minute,” DeBalfo said. 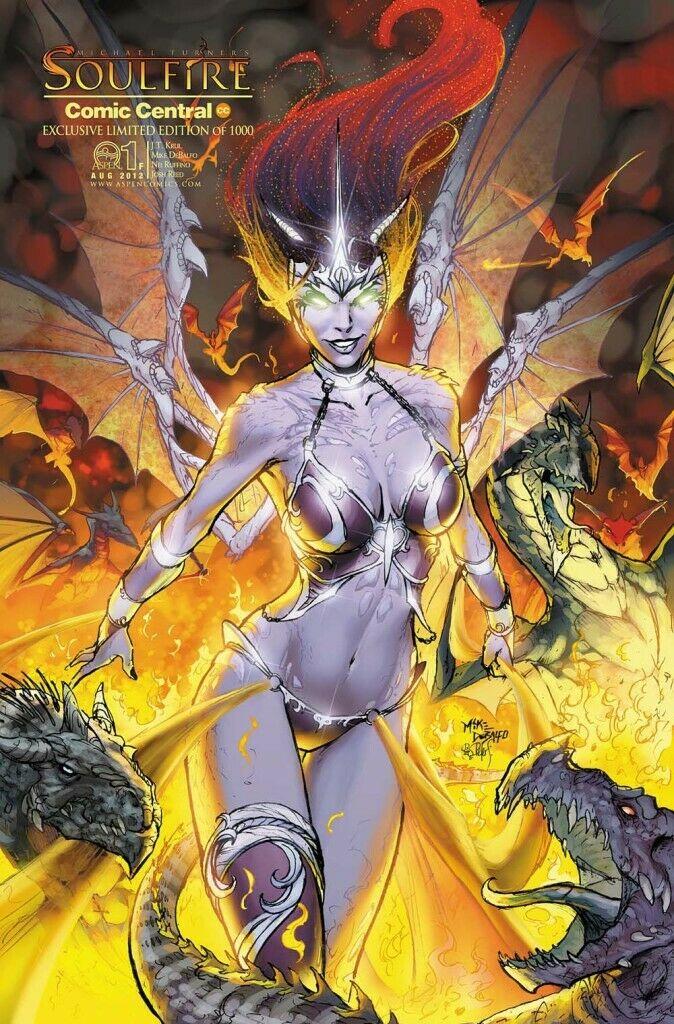 Credit: Comic Central Warehouse
Regarding the future, DeBalfo’s dream is to open an artists’ studio: “Nothing huge, maybe just a small handful of people. A studio setting with others is always what I imagined this would be as a kid and I suppose that vision has never left. It’s still the dream. Came close a couple of times but it’s just hard to find people who are truly dedicated to the idea.”
Dike Ruan
Carol Zara discovered Dike Ruan, a promising Chinese artist who lives in Italy, in 2019, when she hired him for a variant cover for Alien Toilet Monsters®. 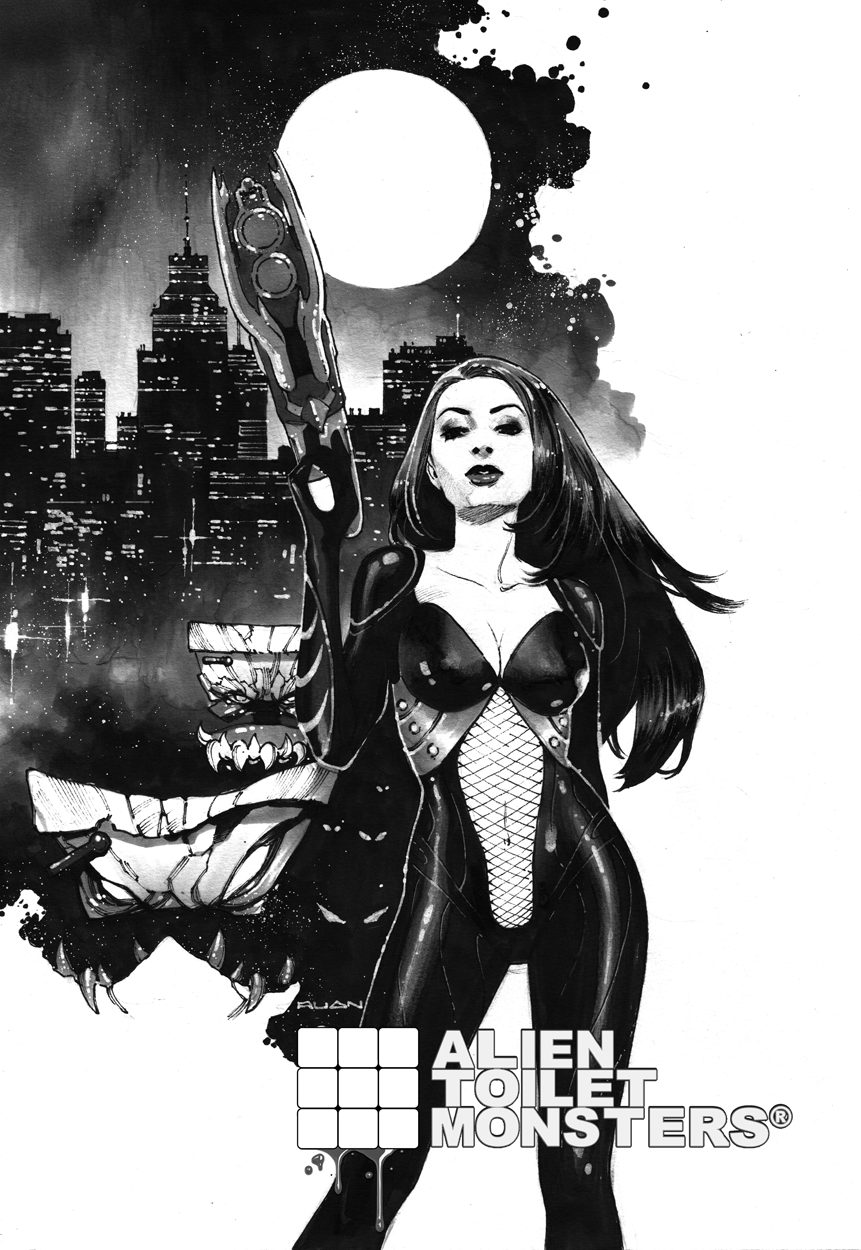 Credit: Alien Toilet Monsters®, Variant Cover by Dike Ruan
“Dike was an incredible find, thanks to Instagram,” Zara said.
Ruan has, since then, worked on the Shang-Chi series, Marvel’s first Chinese superhero. He also recently drew his first cover for DC Comics (Sensational Wonder Woman # 10).
A.C. Farley
If you ask any Ninja Turtles fan who their favorite turtle is, you’ll end up with a four way split. If you then ask them who their favorite artist is, the response is often, A.C. Farley.
His somber, stoic painting of the turtles, huddled close together in the woods, is perhaps the most recognized of his art, from his time at Mirage Studios. 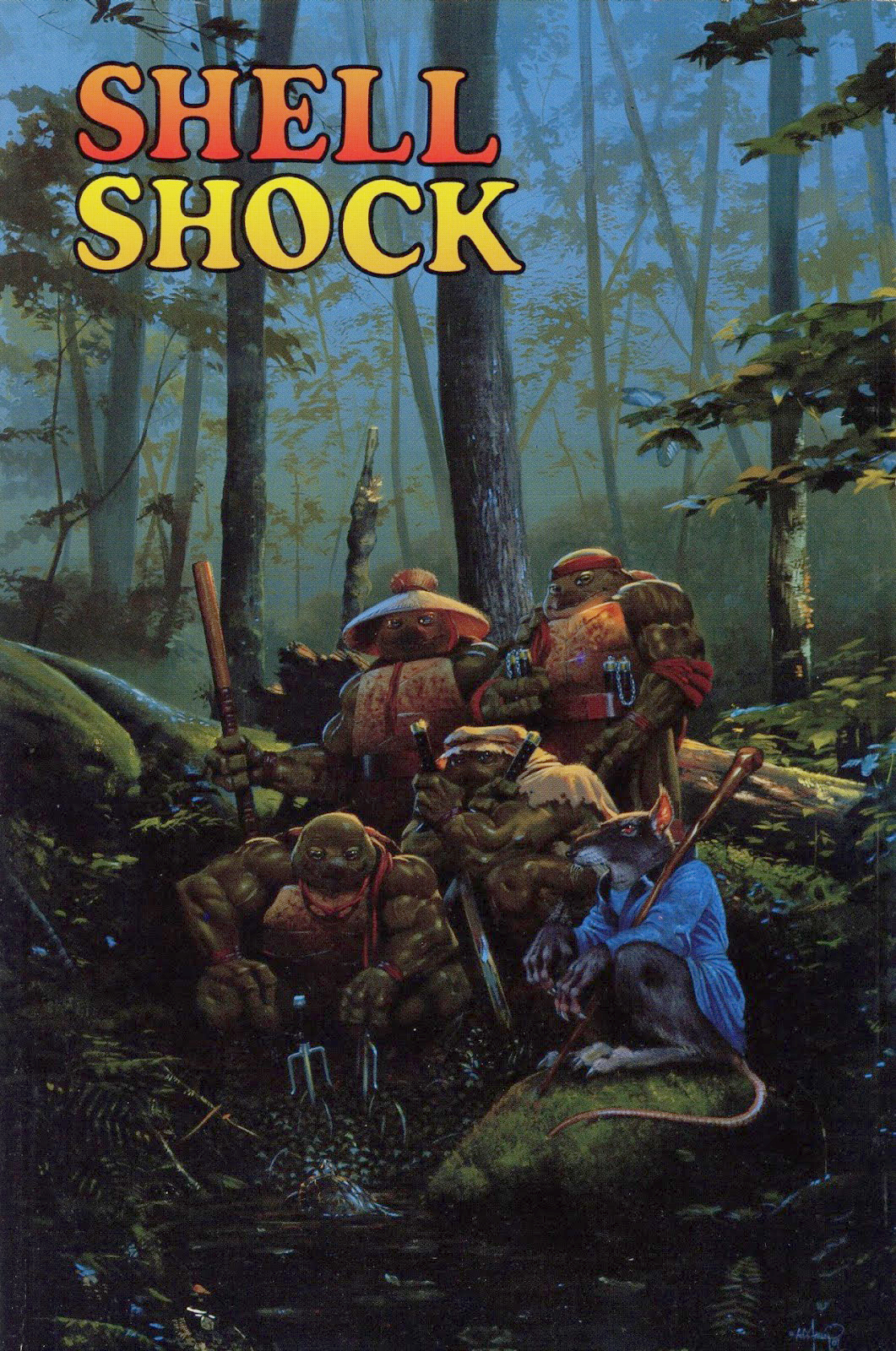 Credit: MirageLicensing.com
“I’m going to curse you all with fond memories of me,” Farley said.
A.C. Farley is such a warm, welcoming, and friendly artist. When everyone else was doing narrowed white eyes and gritted teeth, Farley opted to paint the turtles with huge, pretty eyes, and childlike expressions. “My career is just my life. I just want to celebrate another day of living and love, like the old song”, he added.
When it comes to drawing, Farley said he loves the creative process and that he’s still working on himself: “If I have time, maybe I can get it right.”
A.C. is currently developing his epic sci-fi tale, Recombatants: Team Dragonfighters, both as a comic and as an “episodic online serial.” He also has a documentary in the works about the U.S. Navy airships, a cartoon called “What for a Spaceman”, and Tom Kidd’s Gnemo, an animated feature.
The artist said he’s recently launched an online store: “Of all of my artworks… It’s currently an Etsy shop, but will move to Shopify soon.”
About Carol Zara

Carol Zara is the co-creator of Alien Toilet Monsters®, a sci-fi horror series, published by Omnimorphic. The first issue of A.T.M. outperformed in-store sales of iconic titles by renowned comic publishers, according to several comic shop owners in the United States. The owner of Collector’s Den in Texas once said that Alien Toilet Monsters® #1 was selling much faster at his shop than when The Walking Dead first hit shelves. ????instagram.com/carolzara | instagram.com/alientoiletmonsters
https://www.firstcomicsnews.com/world-art-day-meet-7-artists-working-in-comics-today/https://www.firstcomicsnews.com/wp-content/uploads/2021/04/world-art-day-600x257.jpghttps://www.firstcomicsnews.com/wp-content/uploads/2021/04/world-art-day-150x64.jpg2021-04-15T12:26:55-07:00First Comics NewsNews
Carol Zara spoke with a select group of comic book artists to discuss their career and personal achievements. Credit: Alien Toilet Monsters® Being an artist, in any era, is notoriously difficult. To make a living from your passion is rare; it’s rarer still, to rise to fame, and be remembered for...
news@firstcomicsnews.comAdministratorYour First Place For Comics News since October 18, 1998First Comics News