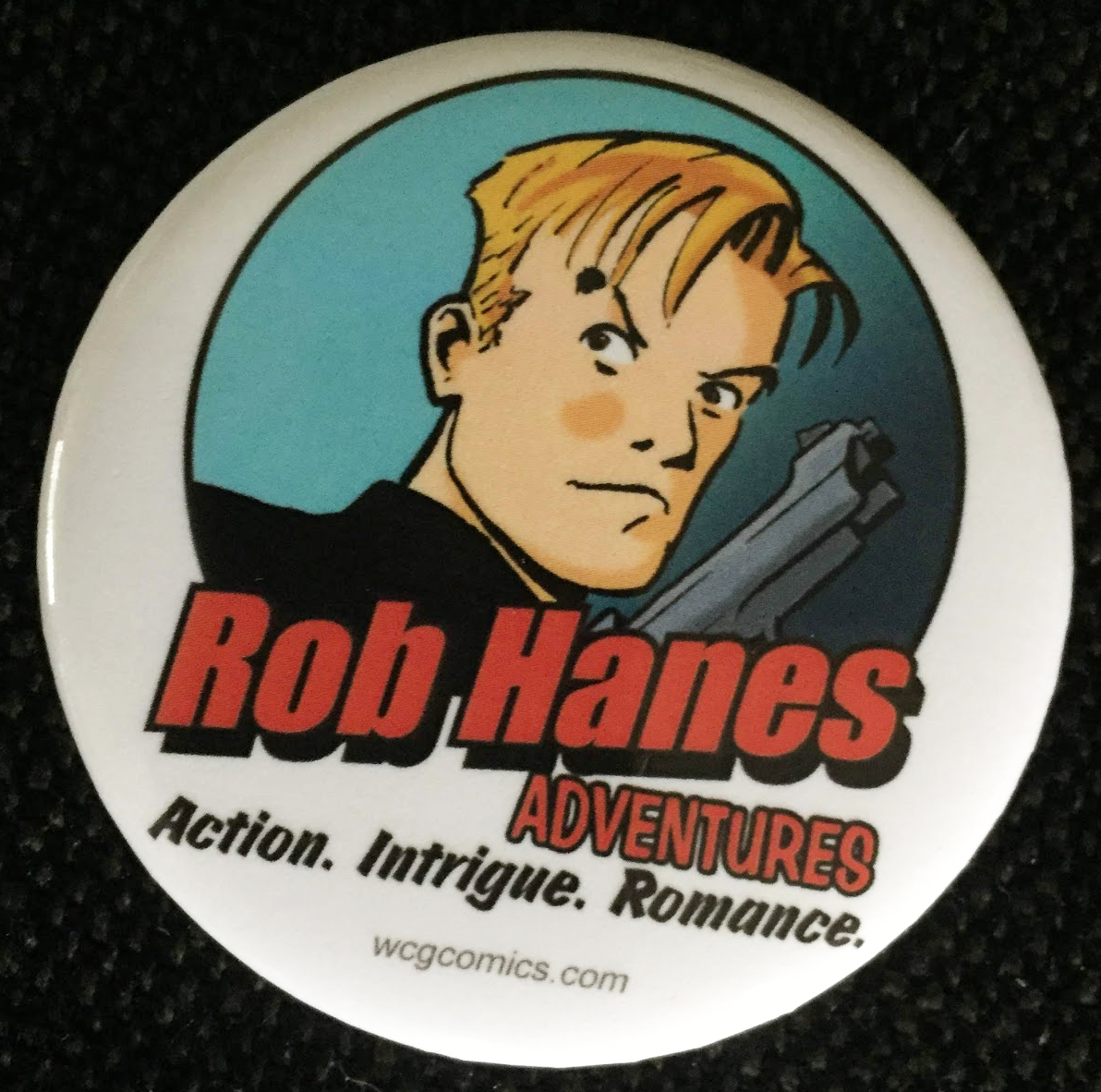 Following the surprise presentation of an Inkpot Award at last year’s San Diego Comic-Con for his work on the long-running indie comic-book series, Rob Hanes Adventures, cartoonist Randy Reynaldo will exhibit at the landmark 50th anniversary gathering of the show, scheduled July 18-21, 2019. Reynaldo will be at Booth K1 in the Small Press Area on the main floor of the convention center, under his WCG Comics publishing imprint. The show marks Reynaldo’s 22nd appearance at Comic-Con since 1993.

The milestone 20th issue of Rob Hanes Adventures, Reynaldo’s long-running globetrotting soldier-of-fortune indie series, will be released at Comic-Con. As noted in an earlier announcement, the issue completes a story arc begun in issue 18— after a divisive and polarizing figure named Chester A. Humbert ascends to the nation’s highest elected office, Rob is hired to track down Humbert’s missing daughter, only to uncover evidence of deep corruption and moral decay in the nation’s highest office and among its most senior advisors. (Any resemblance to actual persons, living or otherwise, is purely coincidental!)

Also available for sale at the WCG Comics booth will be all back issues of the series, as well as prints and original art, and free pin buttons and bookmarks (with purchase). Reynaldo’s 2018 Inkpot Award will also be on display at his table.

“I’m excited to be at Comic-Con again, especially after being invited as a featured guest at last year’s show and being surprised and honored with an Inkpot Award,” said Reynaldo. “I’ve always been happy to quietly steadily plug away at my little series in my corner of the comics world, so to have been recognized for my work last year and receive the Inkpot is way beyond what I ever dreamed or imagined.” 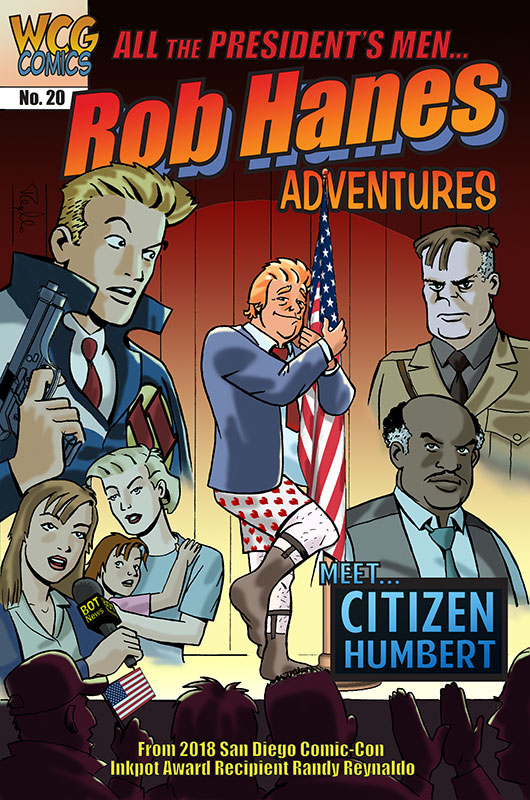 Rob Hanes Adventures is a free-wheeling, light-hearted action-adventure series featuring the exploits of a globetrotting private eye and troubleshooter from Justice International who travels the world on assignment, facing adventure, intrigue and romance at every turn, with occasional dashes of good humor and forays into other genres. Every story is self-contained, making it easy for readers to jump in with any issue.

The title is one of the longest-running indie comics series running. Readers and fans have praised Rob Hanes Adventures for recapturing the spirit of the classic adventure strip and updating it for a modern-day audience. Series creator-writer-artist Randy Reynaldo was honored with an Inkpot Award for Achievement in Comic Arts at the 2018 San Diego Comic-Con, where he was also a featured guest at the show.

For more information about the series, previews and to purchase back issues, visit wcgcomics.com.