It’s as predictable as the sun rising in the morning. I’ve been reading a lot of speculation recently that Disney is going to stop production of Marvel’s comics for a variety of reasons.

That’s not going to happen. Let me tell you why.

If you’re tried to self-publish anytime recently, you know just how expensive it is to generate comics. Some folks can make books by convincing others to donate their time and effort so they can get attention, but not many creators can afford to do that. Most people need to be paid so they can cover their life expenses.

Then you’ve got to publish and distribute your wares. Many folks need to go to conventions to set up booths to build a fanbase. It’s not an easy task.

Granted, if you’re Marvel, you’ve got some serious legs up on this process. People already know who you are and who your characters are, most likely.

But the costs of paying creators and printing that many copies of your books can really drain the pocketbook or wallet, so whatever profit you make is likely minimal.

With the Marvel Cinematic Universe in full swing and taking in lots of good cash, you can see why people wonder why Disney would make a fraction of that income with comics. And they’ve got plenty of comics stories to draw on, so why keep spending money? 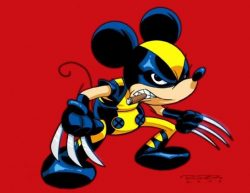 One important notion in this discussion is that Marvel’s characters already exist and are only needed to plaster on the big or small screens. They’ve got plenty of them already, so there’s no point in wasting any more time on trying to make more.

I have serious problems with this one because I remember the cold, dark days before Wolverine came along. Even back there, people were saying that comics had reached their pinnacle, that no new characters would come along to claim the spotlight.

That was wrong then. I still think it’s incorrect now.

If we could definitively say that the industry won’t generate any new properties the public will love, then I’d be all for it. But I still believe there are many new characters on the rise that can capture the imagination of people. So giving up now for that reason alone would be a mistake.

I’m always intrigued to see how many times the Marvel movies “borrow” from the comics. The Winter Soldier, Civil War – stories like that have been moved from the comics page to the big screen to make many times more money than they did before.

Which begs the question – Have creators completely run dry when it comes to stories to tell?

I’m certain if you were to ask just about every writer or artist out there they’d say, no, we have tales to share that you haven’t even dreamed of yet! That’s why they’re storytellers!

I remember when Joshua Williamson was writing Ghosted and I got to interview him for my podcast. He had posed the question, How do you collect a ghost? I remember saying I had no idea how he was going to make that happen. After all, a ghost is immaterial and cannot be contained. Well, he said, I should read issue number five. When I did, his solution made perfect sense, but that’s why I’m a reader and he’s a writer.

I think there may yet be even bigger stories that we need to read coming in the future, so I’d hate to miss out on them! 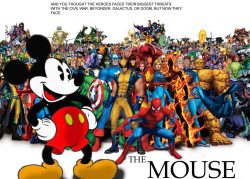 Another thing comics accomplish is that they keep the characters in them in the minds of their readers. Every few weeks, fans see new stories of Spider-Man, Thor and others.

Now, suppose there were no comics coming out. And suppose about five or more years went by without any new tales featuring these folks.

Then, suddenly, the MCU comes out with the word that they’re making a new movie featuring The Vision, The Scarlet Witch or Quicksilver. I bet the response from many people would be, Who? In fact, I wonder if even Thor or other better-known heroes would still linger in the fickle consciousness of fans or the public if enough years go by.

So, in my opinion, if you want to make the movie millions, you need to keep spending the thousands on comics.

Anyway, that’s what I believe. I’m not even bringing up what that would mean to local shops, other comics producers or fans. This is for Marvel and Disney only!

First Look At “She Hulk: Attorney At Law”