One of the biggest developments in the toy industry focused on Todd McFarlane’s Toys signing a three-year contract with DC. It was reported on the IGN website, and it has a lot of fans talking about it and buying action figures!

I think it’s important to share some information from the IGN story before I dive in:

McFarlane Toys has entered a three-year licensing agreement with Warner Bros. Consumer products to produce collectibles based on the DC Multiverse.

Starting in 2020, McFarlane Toys will begin releasing 6″-12″ ultra-posable action figures based on characters from DC’s stable of characters from comics, movies, and video games – along with corresponding vehicles and accessories.

There are no further details at the moment, but the prospect of a Batman or Superman action figure from McFarlane Toys is enough to pique the interest of even the most casual of toy enthusiasts. These figures will be available from both mass and specialty retailers. 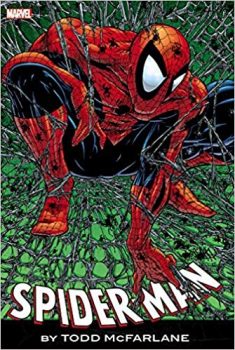 For those new to comics, Todd McFarlane became famous for his art at DC and Marvel. He’s probably best known for his work on Spider-Man, even getting a comic with no adjectives describing the hero at one point.

He left comics to pursue action figures (or toys, to some).  While McFarlane Toys has had dozens of licenses over the years, including Shrek, Star Trek: Discovery and Fortnite, most of their comic-based collectibles have been from Image Comics, which Todd co-founded in 1992.

This is a big deal because the McFarlane name continues to garner a lot of attention for his art as well as his action figures, which have been some of the best articulated in the business. 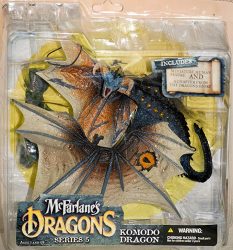 There are some comics fans who think that only the printed page counts, that all this extra stuff they see being sold in their LCS just distracts from the books.

In order for shops to survive, they need to sell more than just comics. Hats, t-shirts, glasses, puzzles, games, and everything else help keep the shop you buy comics from afloat.

I guess there’s a good reason why they’re referred to as “action figures” instead of toys these days. It’s probably the same reason why they’re called “comics” instead of comic books—the previous terms have been deemed “for kids” and thus unacceptable to fans who believe these things appeal to those older than 12 years of age. (Pay attention, Bill Maher!)

The truth is, there are a LOT of fans and collectors who love their action figures and have collections that are the envies of others. On Facebook, I often see fans show off their “wall of heroes,” as one fan called it.

It’s also important that action figures help your imagination work for some better than comics. It just depends on the person. When I was a kid, I used to cut out covers that had great images of my favorite heroes to play with. Eventually, those turned into action figures, some of which I still have.

As I write this, a small group of Hawkmen is staring at me, encouraging me to write the best I can! And I appreciate that!

Whether they are Marvel figures, POPs, DC characters, or any number of toys, they function much like candy or magazines in a supermarket. They add to your expenses in a way that increases a store’s income.

So your local store owner is working hard to survive when that LCS sells comics-related items! You should support them by buying some of them, particularly the ones you like!

I’m always happy to see a comics company do something that might attract new readers. Bringing in Mr. McFarlane and company has attracted new readers or even those who had to pay their bills instead of buying comics. Hey, we’ve all gone through those times!

I have often ragged on McFarlane’s art, how Spider-Man’s toe would end up in his ear and the like. However, you have to give the man credit—his fans are devoted to him and his work, and any time you can cross over between an established fandom and comics is a plus, in my book.

And the toys are cool, too! Just go into any Wal-Mart, and you’ll see them there… if you’re lucky!