Comics is what we call a habitual industry, meaning you normally buy your books out of habit. For instance, I’m almost always at my local comics shop (LCS) on Wednesday – unless I’m out of town for a comics con or related happening.

However, every once in a while, a month has a fifth week in it. August was just such a month if you were a DC fan! What’s a comics company to do when you’re set up on a four-week per month schedule?

IGNORE IT AND HOPE NOBODY NOTICES 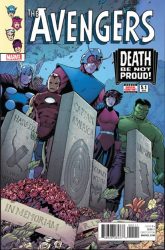 Many comics companies, honestly, don’t worry about it. They have their releases scheduled way in advance, and they don’t want to throw that routine off. They’re a well-oiled machine, the people in charge reason, so why spoil a good thing?

So, when a fifth week hits, they’re absent from the list of releases coming out.

From their perspective, I’m sure this is a good thing. Hey, a week off! It does allow them to catch up if a release is behind, for example. Otherwise, though, they simply don’t exist that week.

This is a bad thing as far as dollars being earned for several reasons. First, if a person goes to their LCS with money to spend, and you don’t have anything they want, odds are that they’ll buy something else instead. And if they like that product more than yours, you might end up off the weekly comics list in the future. A week away sometimes seems like an eternity to a comics fan, and he or she just might forget you if this happens often enough.

ACT AS IF IT’S A REGULAR WEEK 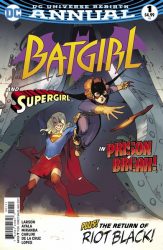 I’ve noticed a few companies just figure that it’s a normal week, releasing what they would the first week of the month on that Wednesday.

As I mentioned earlier, comics fans are often creatures of habit. If they expect a certain comic to be there, say, the first week of the month, they may make a special trip to the store just to make sure they get it.

If instead it came out last week, and the store is out of it, that customer might have to run to a different LCS to find a copy, if there is another store nearby.

Again, if that happens often enough, that fan just might decide to take their business to the second store. Or they may decide to move on to other titles that DO come out when expected.

Not to mention that eventually, a company release schedule will be way off if this happens several times a year … which it will! 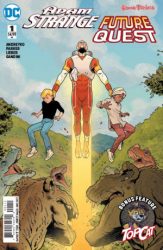 What I see taking place more and more is making available books that may not fall into the weekly schedule. Annuals, specials and one-shots are great examples of this.

In the fifth week of March this year, DC released several annuals, including ones for Batgirl, Titans and Kamandi Challenge. It was also the Wednesday that they put out the “crossovers” between DC characters and the classic Hanna Barbera folks. Booster Gold/Flinstones #1, Adam Strange/Future Quest #1, and Suicide Squad/Banana Splits #1 did pretty well in sales, but my personal favorite was Green Lantern/Space Ghost #1.

Granted, other books were there from DC as well, such as Dark Knight III Master Race #8, Clean Room #17, Unfollow #17 and Justice League of America #3, among others.

DC is a bigger publisher, of course, so they can spread things out better than a smaller company might be able to.

To be fair, Marvel also released comics that week, with All-New X-Men #19, Avengers #5.1 and Black Widow #12 among them. There were special books as well, such as X-Men Prime #1 and Inhumans Prime #1 there.

AS A FAN, WHAT SHOULD I DO?

Often a LCS will run a sale on a fifth week, perhaps on back issues or trade paperbacks, in order to make up for a slower week in sales. I’m okay with that.

I recommend that, if you have extra dollars to spend, try out a book you’ve been curious about or that your friends have been discussing. This just might be your chance to find your newest favorite comic!

As much as I want to trust my LCS to always give me what I want, real life has taught me that, if I truly need to be sure to get the books I desire, I’d better be aware of what’s supposed to come out.

That’s why, week after week, I scan the releases expected to hit the stands and make a list of what I will be looking for. I wish I could tell you how many times I get, “Oh, was that coming out this week?” Yes, yes, it was. And it’s out, so I want it!

There are a number of smart phone apps available that will automatically match what you say you want with what is coming out each week. I’m still working on setting one up of those currently, and I don’t want to be so old-fashioned that I don’t at least give it a try. But if all else fails, a printout will do! I still like crossing off each item in my stack to be sure I’m not missing anything, especially on a fifth week!