As I often do, I was reading the news online when I came across a recent and interesting story about adding information regarding age-appropriateness to Aspen Comics.

This is often a tough call for some folks, particularly those who still believe comics are basically for kids. They’re flabbergasted when they come across a book with no warnings on it that is probably best left to the grown-ups.

I don’t think anyone wants to go back to the Comics Code Authority, which really hamstrung the industry for years. On the other hand, it’s still taking time to update people on where comics are today. Yes, there are some young’uns who read comics, bless them! But, based on my observations, they are a small minority of the buyers and fans these days.

When DC launched the New 52 back some years ago, they caught a lot of attention when Batman and Catwoman, shall we say, did it in one of the first issues in that initiative. I was living in the Washington, DC, area at that point, and a local station sent a news reporter to a popular comics shop just outside the District. She interviewed several customers leaving the store, asking them if this was appropriate for a comic. Every single person told her that it was, and she was slack-jawed in her disbelief. I imagine some of her viewers were as well.

A lot of comics shops fight this problem by locating an all-ages area at the very front of their stores, often the first thing you see when you enter. I was buying some comics at a shop one time when a parent brought in a child to buy a book. They were directed to the all-ages section, but the young boy didn’t find anything he wanted there, so they moved to the regular aisles. It wasn’t long before the mother told the cashier they were never coming back here again as she pushed her son out the door! I wish I knew what offended her so badly!

NO PROBLEM WITH PARENTS ACTUALLY PARENTING 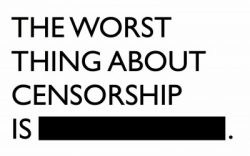 I know some people, who don’t have kids actually, who feel parents should let their children read anything they want. Censorship and all that.

I don’t buy into that philosophy because I think the responsibility for raising up a child belongs with the parents. If a parent wants that for his or her son or daughter, that’s on them. But that’s not something I think others, regardless of who it is, should attempt to interfere with.

However, there does come a time when you have to trust your child to have learned what is best for them to take in. I was at a private university one year, and there was one student who demanded that the teachers monitor the recreation room’s TV so there was no possibility of a “bad” show being seen by the college students.

That didn’t go over very well. A lot of us disagreed, pointing out that if you still require supervision of what you read and watch when you’re in college, you haven’t been taught very well or were taught to be dependent on others to judge what’s good or bad for you. That’s fraught with danger, in my opinion.

Again, I think the parents are the best judges of that. However, if you want someone to tell you what to think and watch and read, I’m sure there are plenty of people who are more than happy to do that for you. Yikes!

I LOVE ME SOME VARIETY 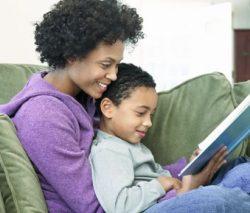 If some companies don’t want to indicate the age-levels of their comics, I’m okay with that, but please realize that you may have to defend yourselves on occasion.

The best way to guard a store or company from getting into trouble, I feel, is to bag and board anything that could even slightly be bothersome. Kids aren’t all that good at removing scotch tape from a comic in that condition, so alert clerks and employees should be able to prevent that diving into the comic from happening.

When it comes to images, like that Spider-Woman cover that got folks all upset not too long ago, well, I’m not all that bothered by them. However, would kids be unable to “unsee” something better held back until they’re better able to understand what’s being portrayed? I feel it’s better to rule on the side of caution.

I do have to say that profanity doesn’t entertain me all that much. F-bombs and other language like that, in my family, was always considered the lowest form of communication. One pretty much only said that if one was furious and wanted to communicate that. Otherwise, it was less-than-intelligent talk. If you were smart, you could think of better ways of getting the point across. But that’s how I was raised.

The comics industry needs to be making it easier for people to buy and read comics, so I think putting an age-appropriate label on a comic is fine. Hey, the folks who don’t care about such things will ignore them anyway! And it just might help nurture more readers, which we can definitely use these days!

The best all-ages comics are those that don’t talk down to its readers, no matter the age. One great example of this that springs to mind is Captain Ultimate, which engages pretty much anyone who has read it, in my opinion. Great fun, great read! Wish there were more like it!

Finally, I’m not for censorship, but I’m for responsibility when it comes to keeping kids away from ideas that might not be the best for them. Does that make sense?