Vengeance of Vampirella Sells Over 63,000 Copies! Issue #1 Out This Wednesday

October 1, Mt. Laurel, NJ: The 50th Anniversary celebration of Vampirella rolls on with another smash hit debut, with Dynamite proud to announce that VENGEANCE OF VAMPIRELLA #1 sold in excess of 63,000 copies!

This is a great number following on the record-setting 150,000 for July’s VAMPIRELLA #1 – higher than recorded totals for any historical Vampirella comic or magazine issue. This could not be achieved without the passionate fans and retailers who supported the title, and Dynamite could not be more grateful. This Wednesday, everyone will finally get to read it! Dynamite welcomes fans to share their opinions and haul photos on social media and tag @dynamitecomics. 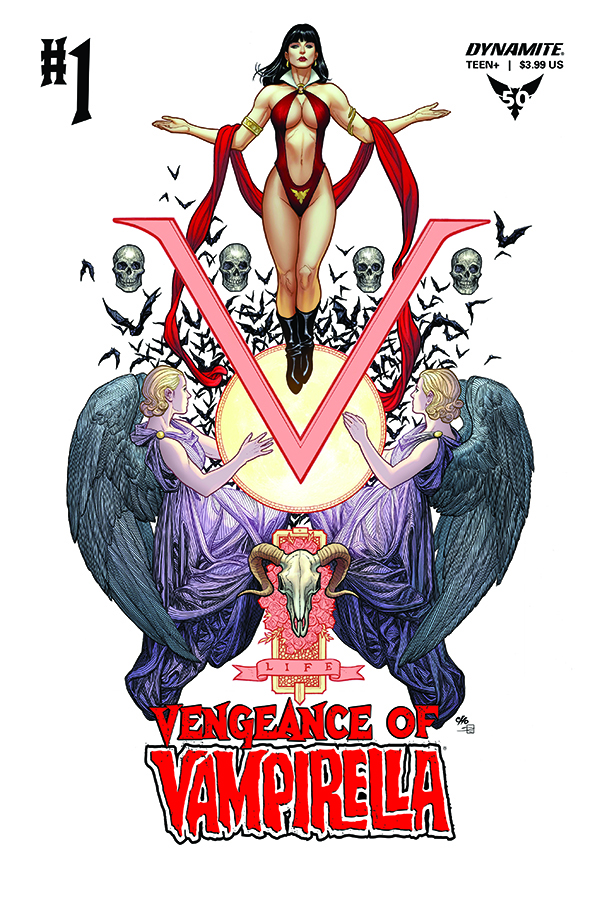 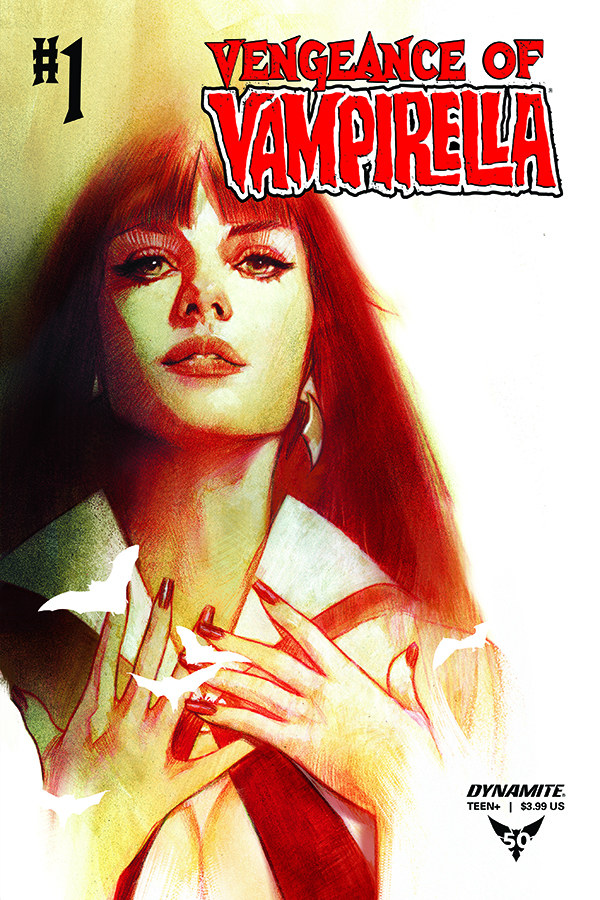 Tom Sniegoski returns to his signature character in comic books and the genesis of his career in the medium, 25 years after he left in 1996. He has the opportunity to do what few creators get the chance to, pick up exactly where he left off. Well, he’s also chosen to incorporate that quarter-decade gap into the story as a time skip. In 1996, Tom closed his run on the Daughter of Drakulon with quite a bang, by literally killing his heroine in the epic Death & Destruction miniseries. This followed a nearly four-year run, anchored by the original Vengeance of Vampirella series but strewn across over 50 issues including tie-ins and crossovers. 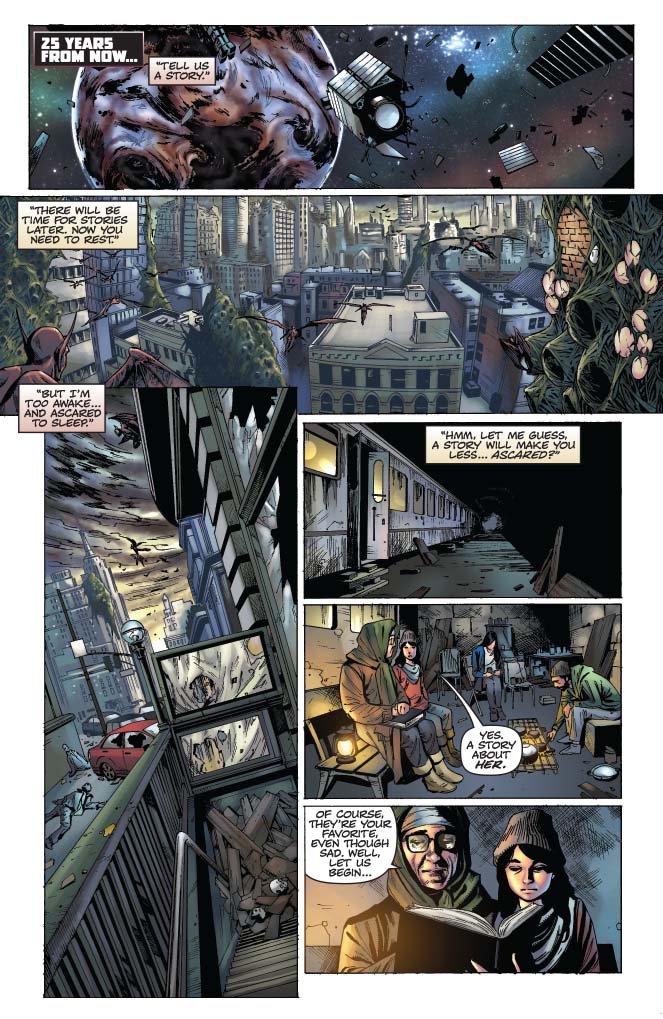 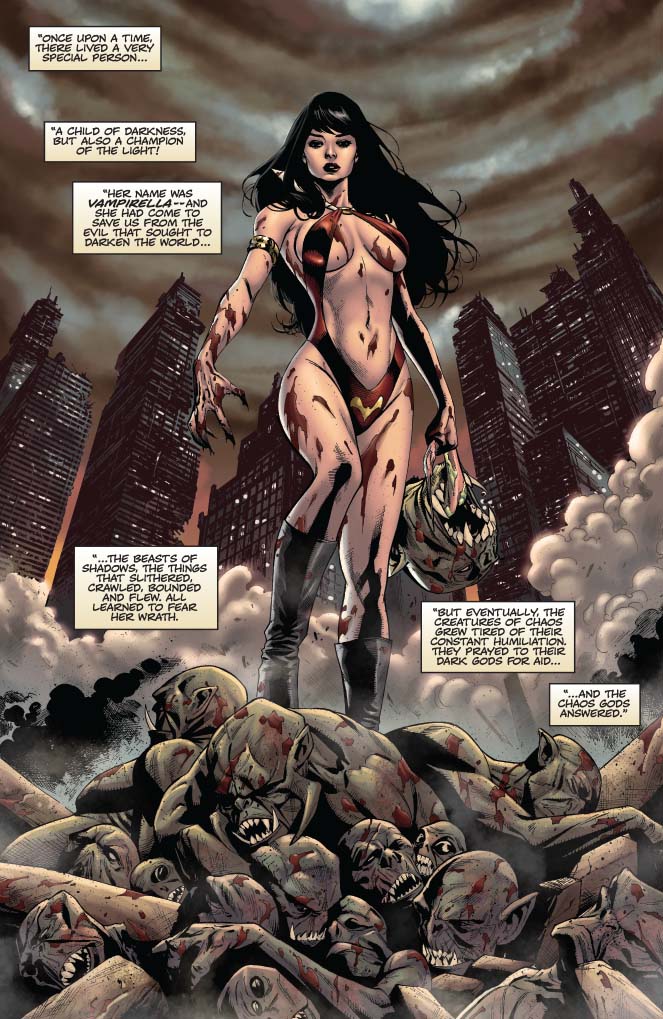 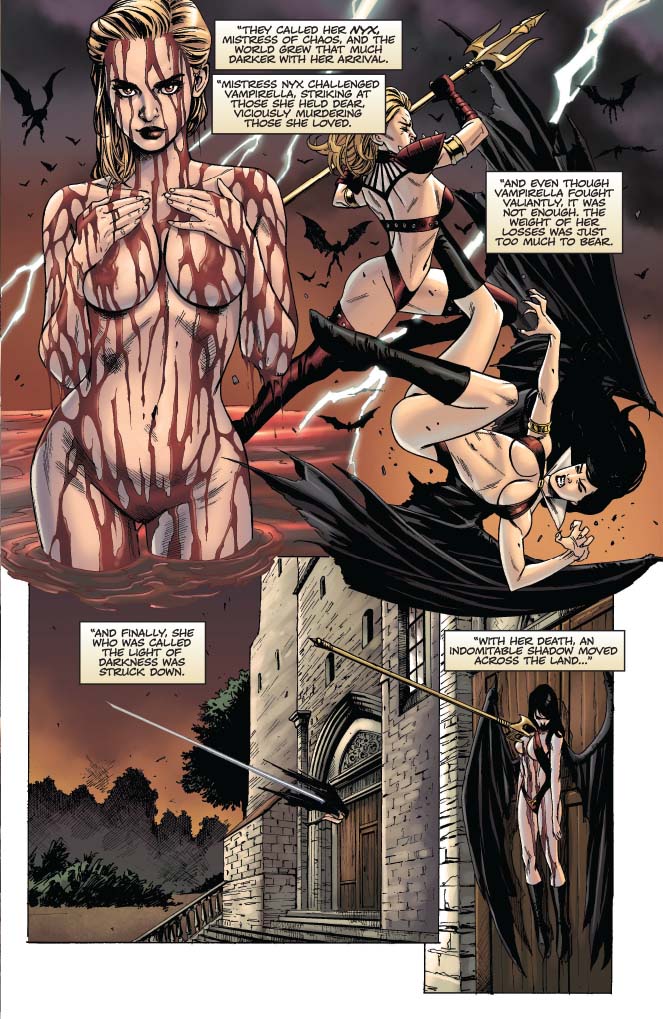 In that original tenure, Tom shepherded everyone’s favorite vampiress through the turbulent 1990s and at the forefront of the “bad girl” craze alongside crossover buddies Lady Death, Witchblade, Shi and others. Joined by artists like Buzz, Lous Small Jr., Caesar, Kirk Wormer and more, Vampirella rose to heights of popularity unheard of – until now! Like other prominent heroes in the decade, Vampi got a leather jacket, a redefined origin and an epic clash with mortality.

This new saga is set to be just as epic, with rising star Michael Sta. Maria stepping in as Tom’s new artistic collaborator. While his Vengeance “forefather” Buzz is contributing breathtaking covers. In addition to a covers crew of superstars Joshua Middleton, Frank Cho, Ben Oliver and Lucio Parrillo. Plus, one of the greatest Vampirella cosplay covers to date from fan-favorite Joanie Brosas.

“I heard about the initial numbers for Vegeance and could not be happier or more appreciative,” said writer Tom Sniegoski. “Cannot wait for new and old Vampirella fans alike to finally get a look at what Michael and I are doing. And if they dig this first one, just wait, the next few are going to blow their minds!” 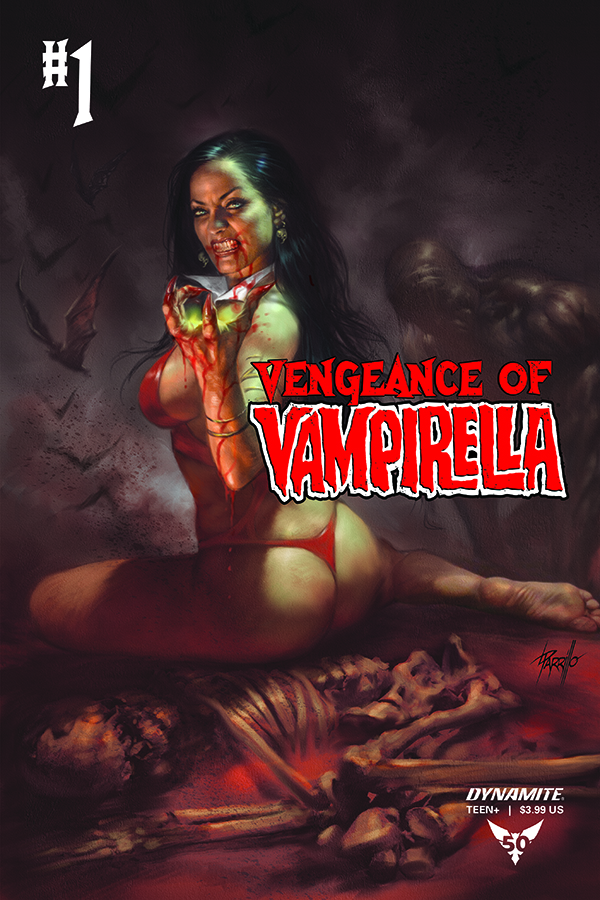 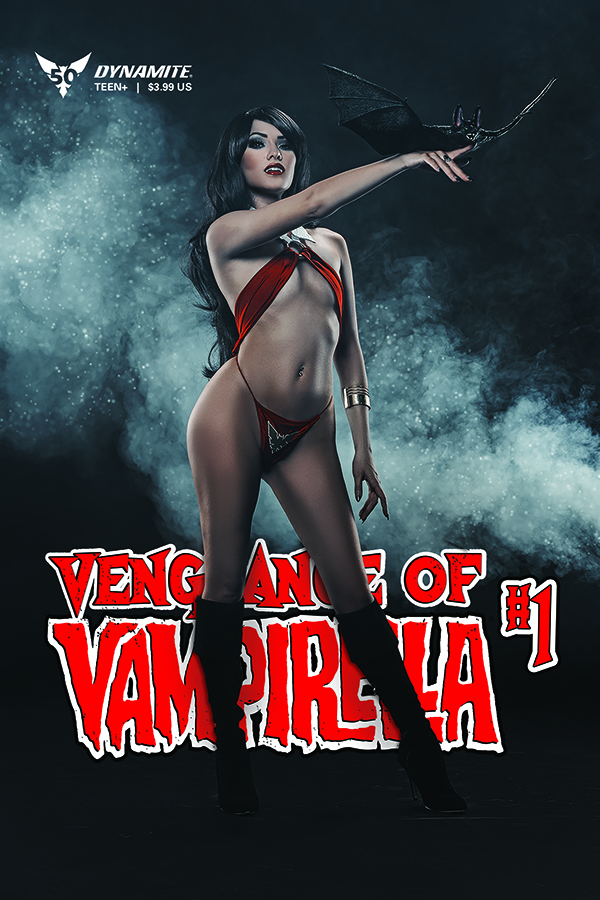 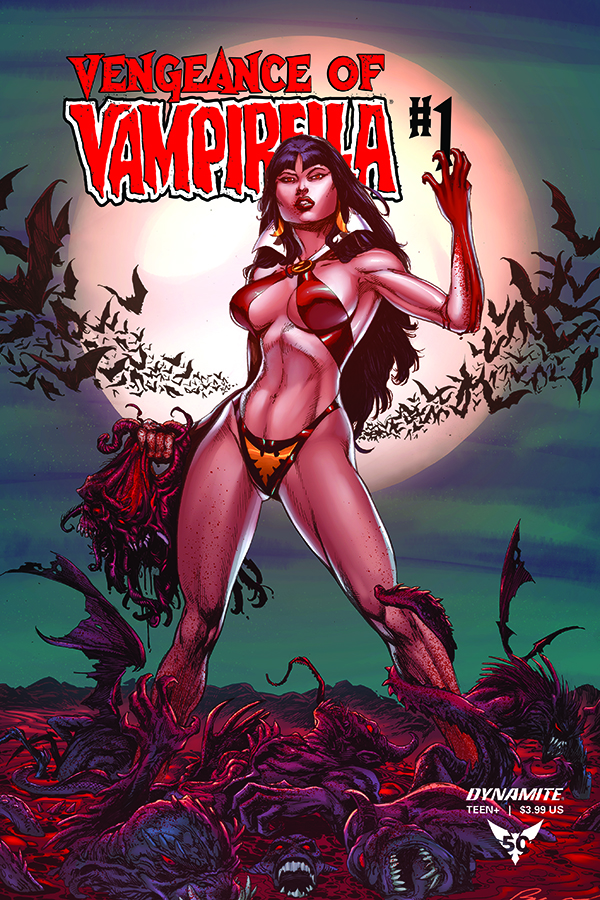 For the fans who also want a blast of nostalgia or want to explore all this history, Dynamite is also releasing a Replica Edition of Tom’s very first issue of Vengeance of Vampirella. This includes all editorial pages and even ads! See where it all started in “Bloodshed Part 1” and marvel at Joe Quesada’s bloodthirst-quenching, timeless wraparound cover. 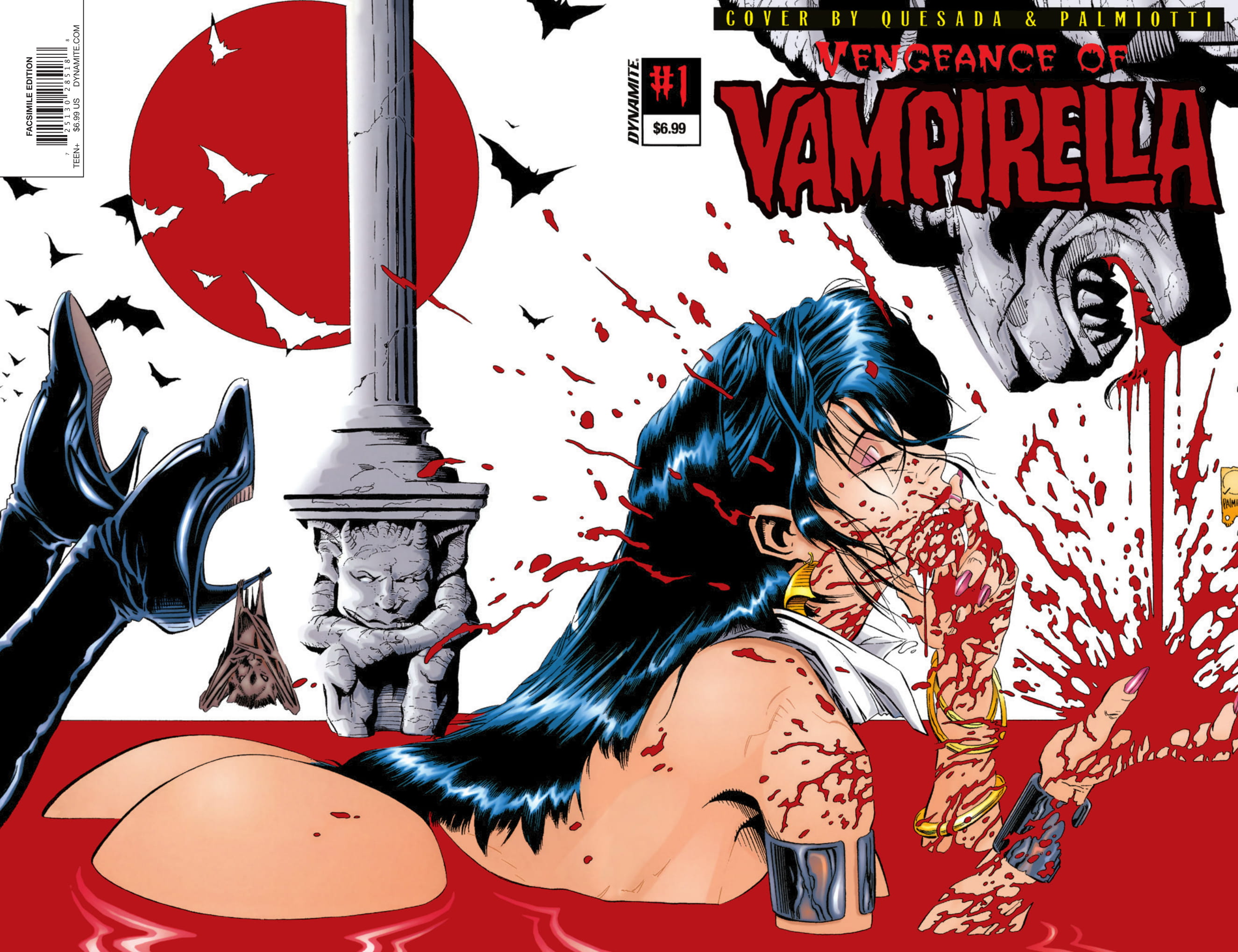 WOLVENHEART TPB from Mad Cave Studios is Out Next Wednesday!