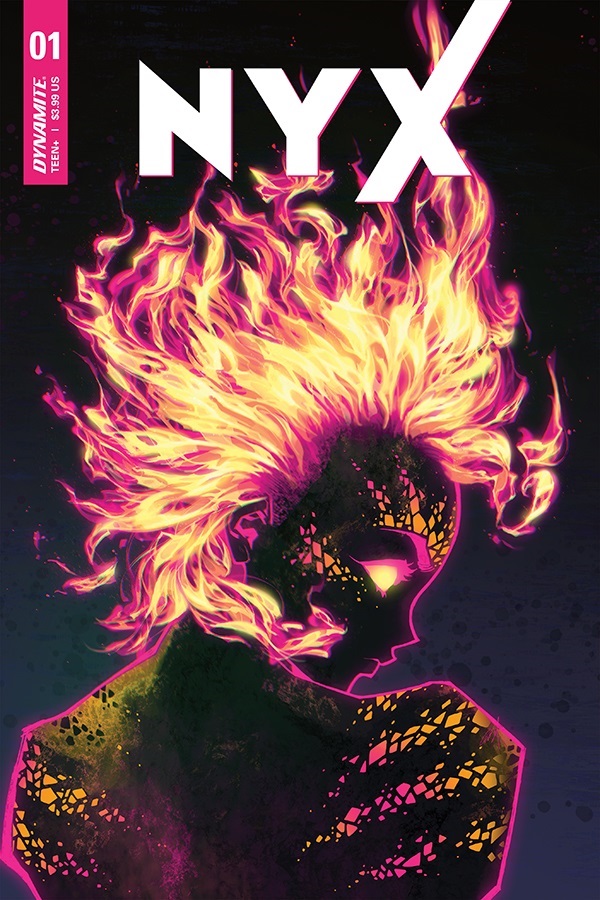 Nyx is the centuries old daughter of a human and the mad god Chaos. Recently the influence of her mortal side has been growing stronger, plaguing her with very human emotions and drives. Though she still has the other side of her that transforms into a flame demon and requires her to feed on the life force of living beings to survive. Can she find her place in this world, or even happiness and love? Or is she doomed to a destiny of evil? When her powerful father reenters her life, that will only complicate matters. And when she and Vampirella meet again, will it be as allies, foes, or something even stranger?

On his approach to the series and the antihero lead, Christos Gage said, “Are they doing good things for bad reasons? Are they fighting to overcome their inherent nature? Are they not sure? If handled properly, I think readers can relate to someone who makes mistakes or bad decisions more than they can someone who always gets it right.”

Spinning out of the critically acclaimed 50th anniversary relaunch of the Vampirella mythos driven by Christopher Priest, this new series will also be a perfect entry point for fans curious about the wider world surrounding Vampirella and its most colorful characters. Said superstar vampiress is also set to appear in this series, alongside the first appearance of an exciting new character with a surprising link to Vampi’s past.

Debuting in 1996, created by Tom Sniegoski and Ed McGuinness, Nyx’s origins go back even further to the beginnings of the Vampirella franchise. Her father Chaos is one of Vampirella’s earliest foes, and Nyx took on that familial duty as the vampiric heroine’s nemesis for a new era. In the smash hit Death & Destruction event series, she even killed Adam Van Helsing and then claimed Vampirella’s life too, in a timeline continued today by Sniegoski in Dynamite’s revived Vengeance of Vampirella series.

A team of talented cover artists get the chance to portray the fan-favorite character for her series. Vampirella fans love Italian master painter Lucio Parrillo, and now he leads the pack for Nyx. Fiery-hot superstar Rose Besch is a perfect match too for this demonic antiheroine. Fernando Dagnino and Greebo Vigonte round out the pack. 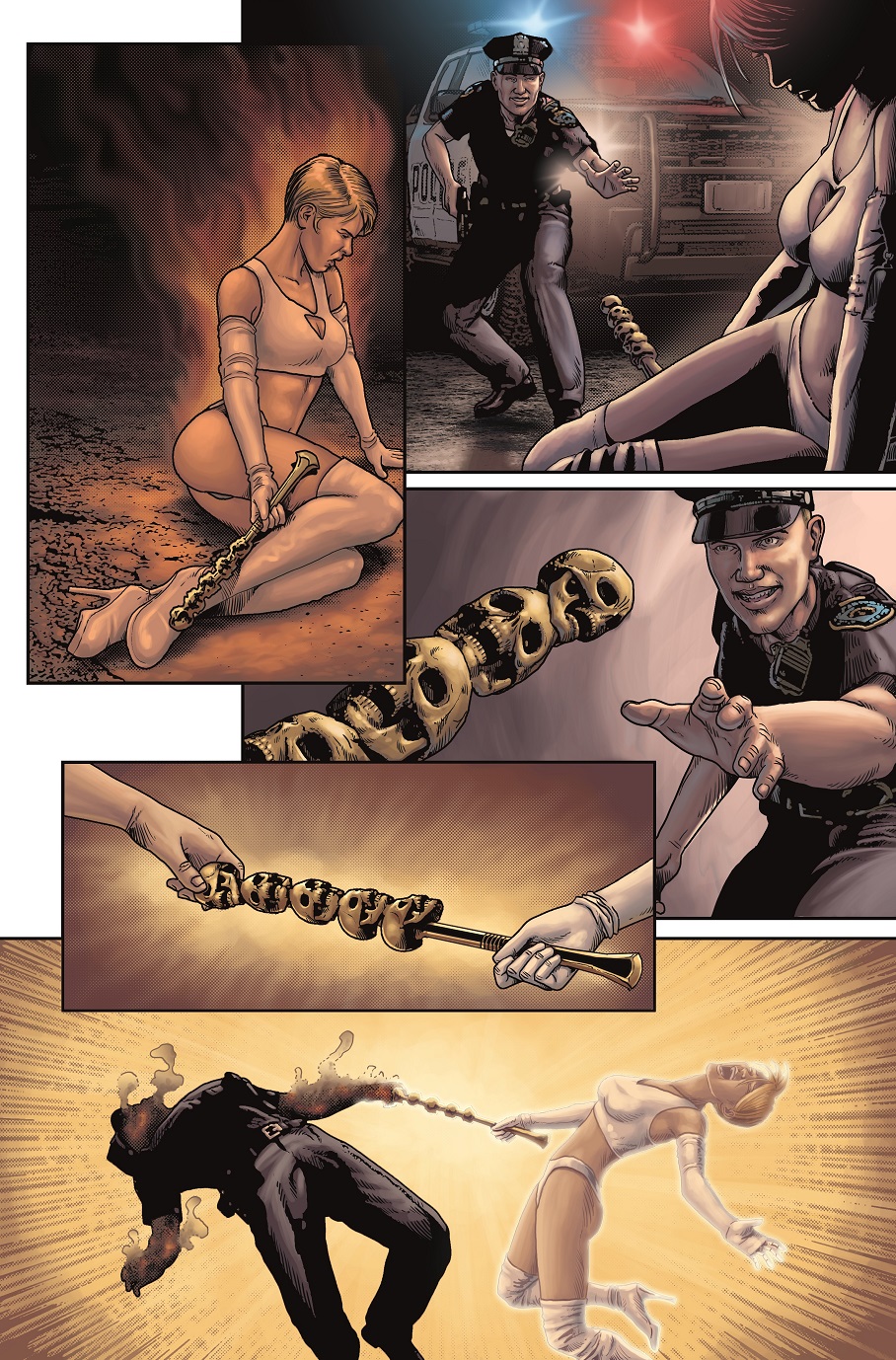 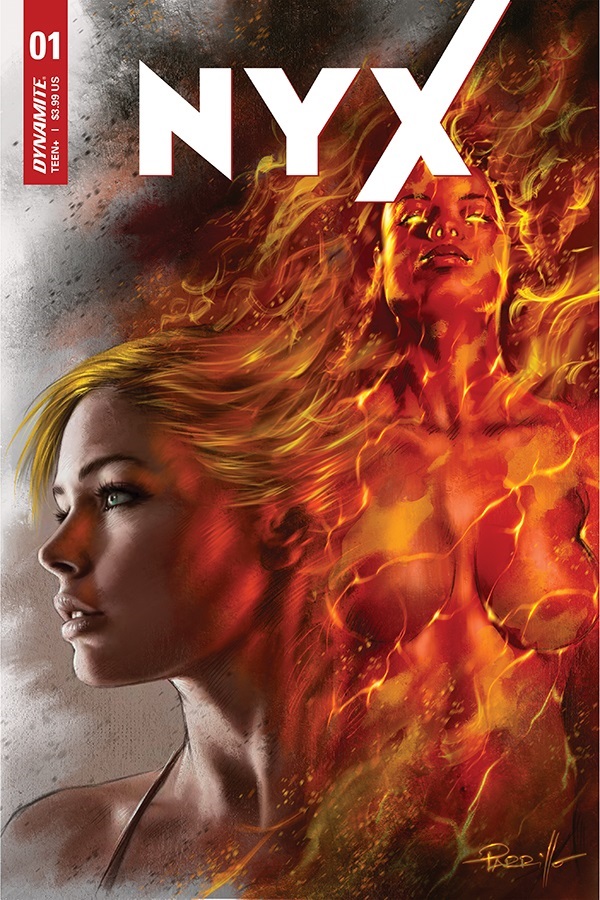 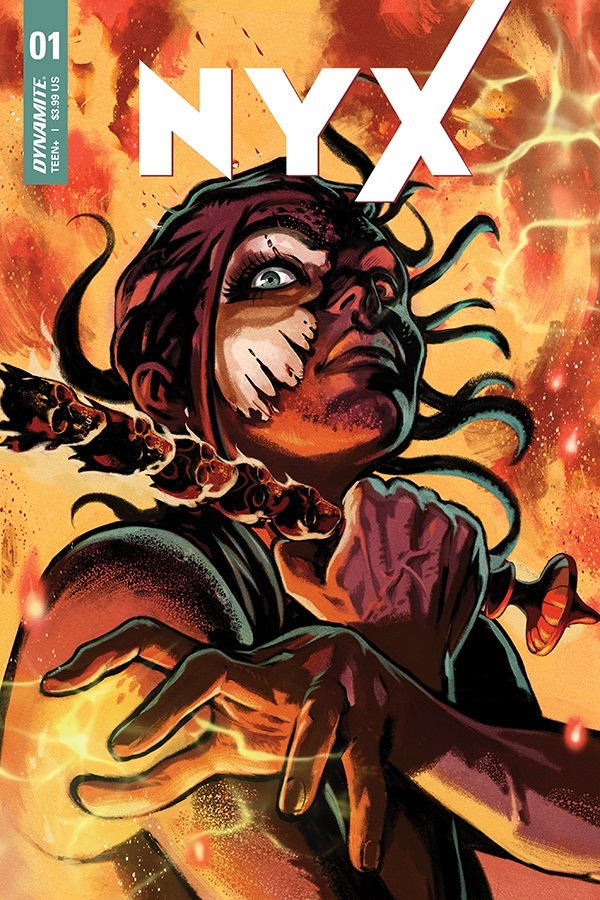 NYX #1 is solicited in Diamond Comic Distributors’ September 2021 Previews catalog, the premier source of merchandise for the comic book specialty market, and slated for release in November 2021. Comic book fans are encouraged to preorder copies of the issue with their local comic book retailers. It will also be available for individual customer purchase through digital platforms courtesy of Comixology, Kindle, iBooks, Google Play, Dynamite Digital, ComicsPlus, and more!