Dan Abnett Brings His Crossover Expertise for Vampi’s Biggest Ever!

September 24, Mt. Laurel, NJ: Could Vampirella Be a Superhero? Writer Dan Abnett kicks off an epic crossover with Project Superpowers to answer that question this December in VAMPIRELLA: THE DARK POWERS. 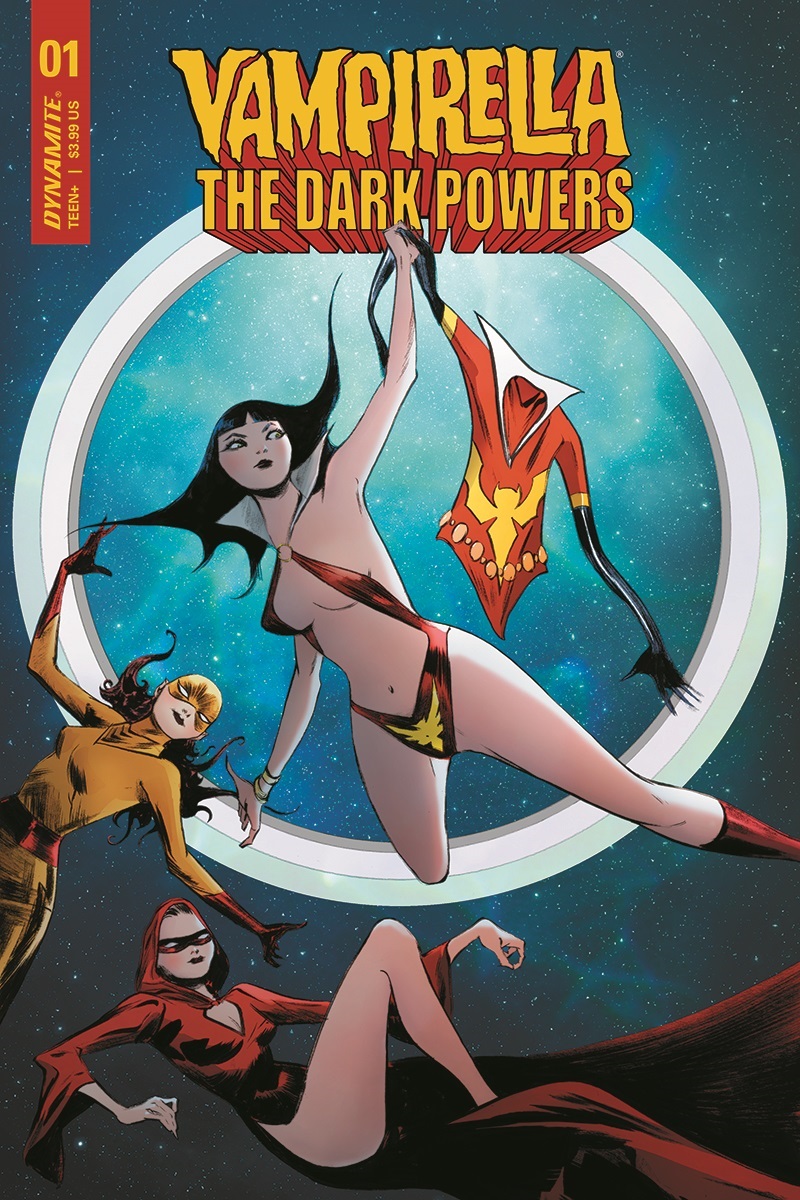 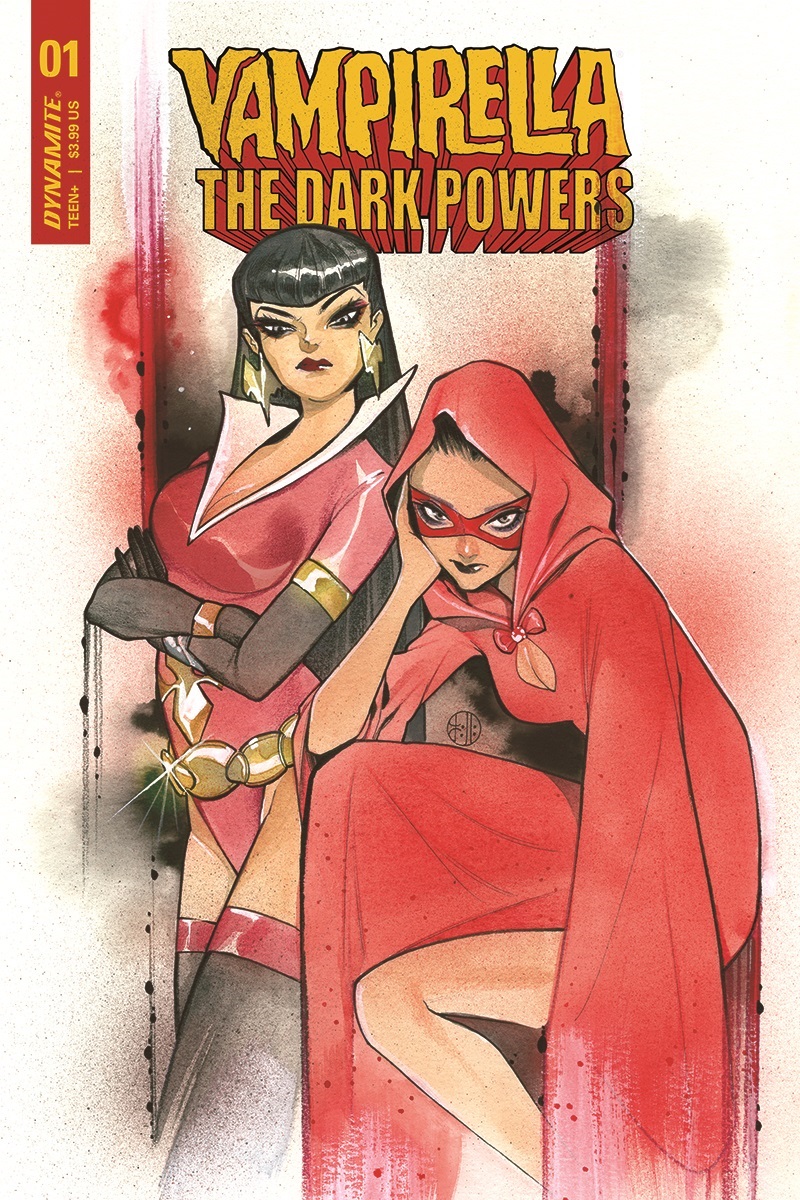 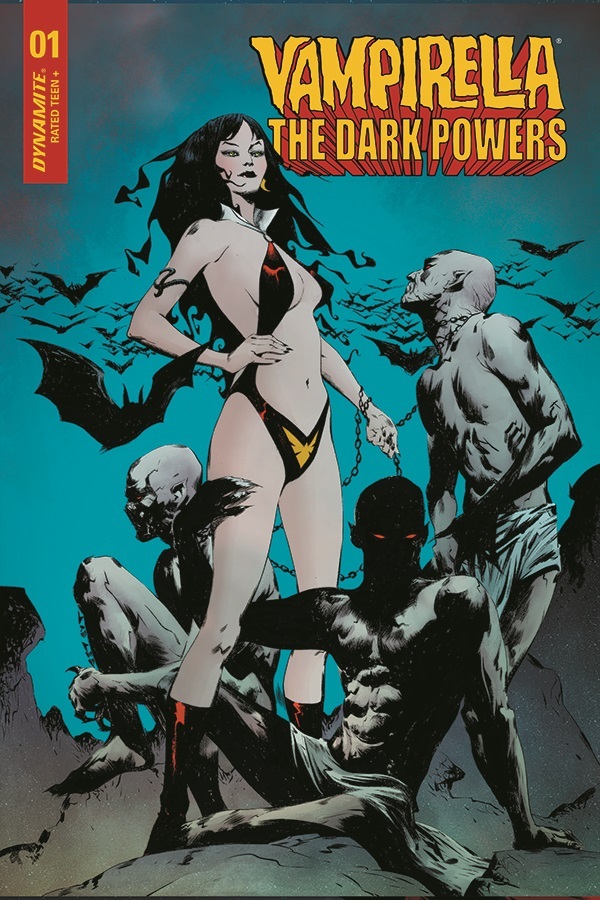 The Project, an interdimensional collective of superheroes, has found their newest potential recruit, and she’s… Vampirella?! Faced with a whole new set of rules, will the Daughter of Drakulon be able to fit in with this crew of strait-laced and square-jawed men and women in spandex? In a tale with her biggest stakes yet, thousands of planets, billions of lives, and reality itself could be in Vampi’s hands!

Dan Abnett brings a long legacy of “event” comics, interweaving titles, and team books to the table, with credits ranging from Guardians of the Galaxy/Nova/War of Kings/Thanos Imperative, Legion Lost/Legion Worlds/The Legion, Aquaman/Mera and much more. Fan-favorite works that have not only pushed the formal boundaries in comics, but also served as foundations for billion-dollar films. Artist Paul Davidson (Moon Knight, X-Factor) gets to draw the uneasy first steps of Vampi trying out the regimented capital S superhero lifestyle. He’s joined by colorist Andrew Dalhouse and letterer Hassan Otsmane-Elhaou.

“I’ve been a Frank Frazetta fan since I was a boy,” said artist Paul Davidson. “His 1969 painting of Vampirella blew my mind when I first saw it in the ’80s and drawing Vampirella has always been on my bucket list. It’s a thrill to be drawing comic book royalty.” 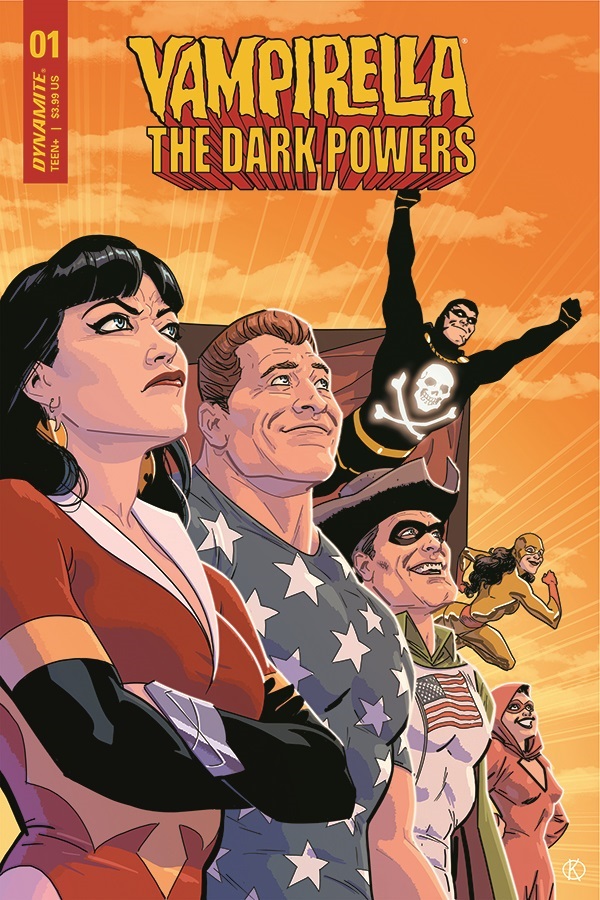 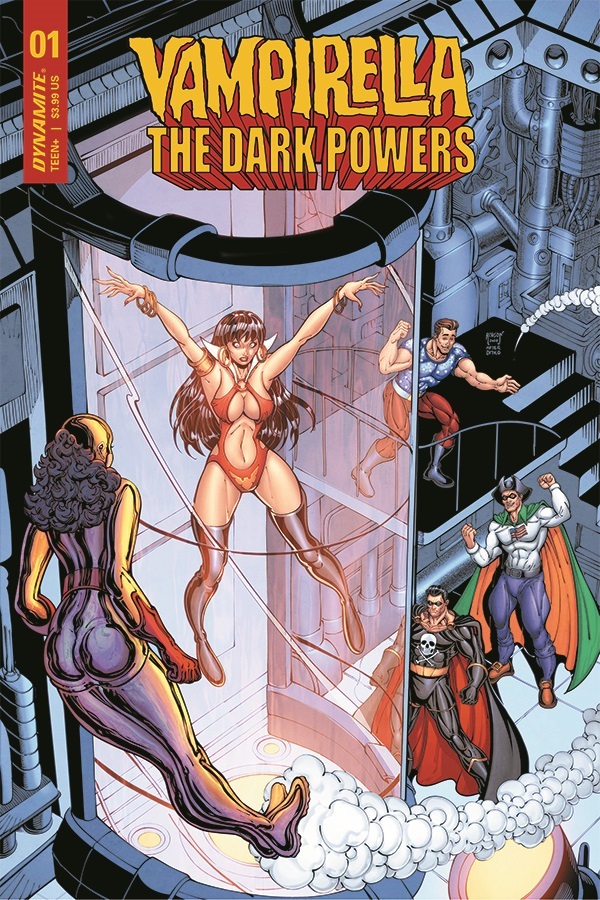 For a series so titanic in scope, editor Nate Cosby called in all the big guns for a crop of stunning covers on this first issue. Fans get not one, but TWO covers by jazzy Jae Lee! Superstar sensation Peach Momoko depicts Vampi hanging with new teammate Miss Masque – who may not be so enthused by the new recruit. Joseph Michael Linsner depicts her amongst her new cosmic stomping grounds. Superpowers fans are going to love the covers by Junggeun Yoon and Kano, bringing classic group shots to the table. With crossovers on the mind, Will Robson homages the hall of fame cover to Amazing Spider-Man #1. A cosplay cover featuring Marissa Ramirez and one by interior artist Davidson round out the bunch.

What other Dynamite heroine could try out for The Project? And where could this crossover lead next? Tune in next month, same Dynamite time, same Dynamite place!

VAMPIRELLA: THE DARK POWERS #1 is solicited in Diamond Comic Distributors’ October 2020 Previews catalog, and slated for release in December 2020. Comic book fans are encouraged to preorder copies of the issue with their local comic book retailers. It will also be available for individual customer purchase through digital platforms courtesy of Comixology, Kindle, iBooks, Google Play, Dynamite Digital, ComicsPlus, and more!