The 1990s was a wild time in comic books. Many characters reached spectacular highs and turbulent lows within the same decade. Some even died! Or got their backs broken. Or wore leather jackets. Vampirella’s own flirtation with leather jackets began in that time, through her celebrated original Vengeance of Vampirella run. Which culminated in the reveal of a new archnemesis – Nyx! Whose latest solo comics are also on Terra Virtua as NFTs, by the way. In 1996’s climactic Death & Destruction event, Nyx pierced through the heart of Vampirella and killed her. But death can’t keep a good alien vampire heroine down! Writer Warren Ellis and artist Amanda Conner charted the character’s revival in Vampirella Lives. That memorable miniseries serves as the centerpiece of Masters Series Vol. 3, available now in NFT format! 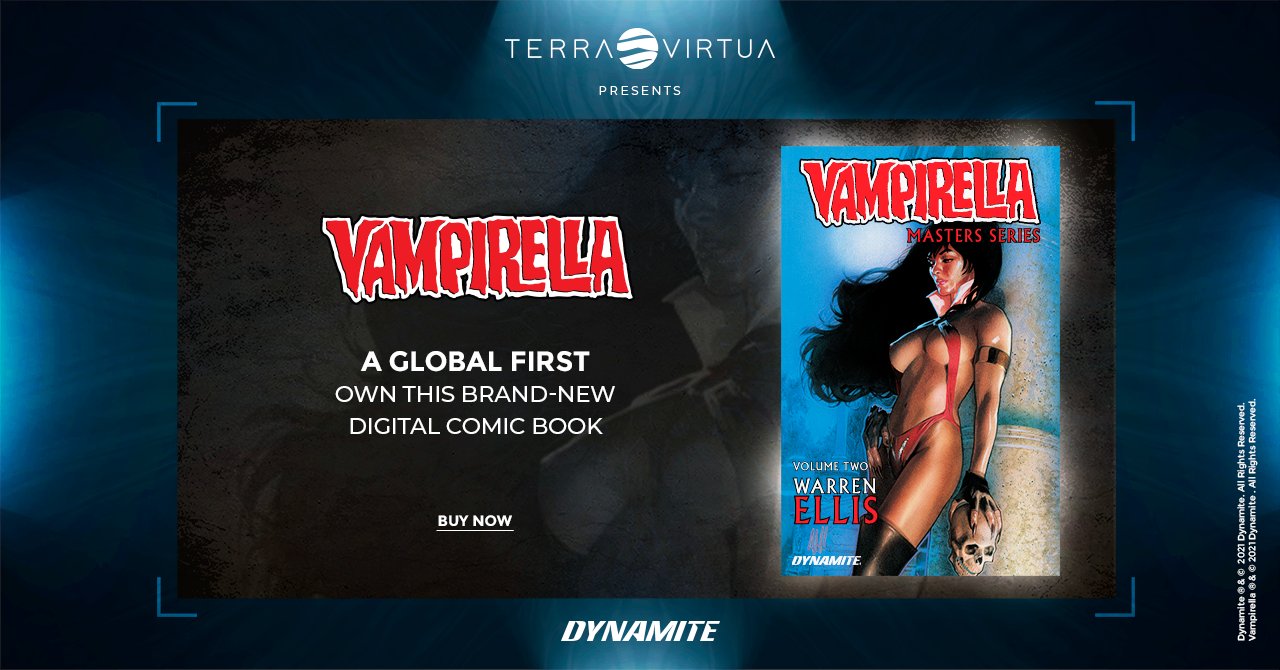 Alongside that release, fans can flash forward nearly to the present, as the fabulous fourth issue of her 50th anniversary title drops as well. With writing by legendary Christopher Priest and a drop dead gorgeous cover by superstar Stanley “Artgerm” Lau, this can’t be missed. The stunning piece of art that fronts the issue was originally produced as a limited edition print for Sideshow Collectibles, then made its way to comics. Find out more as the “Seduction of the Innocent” arc continues! 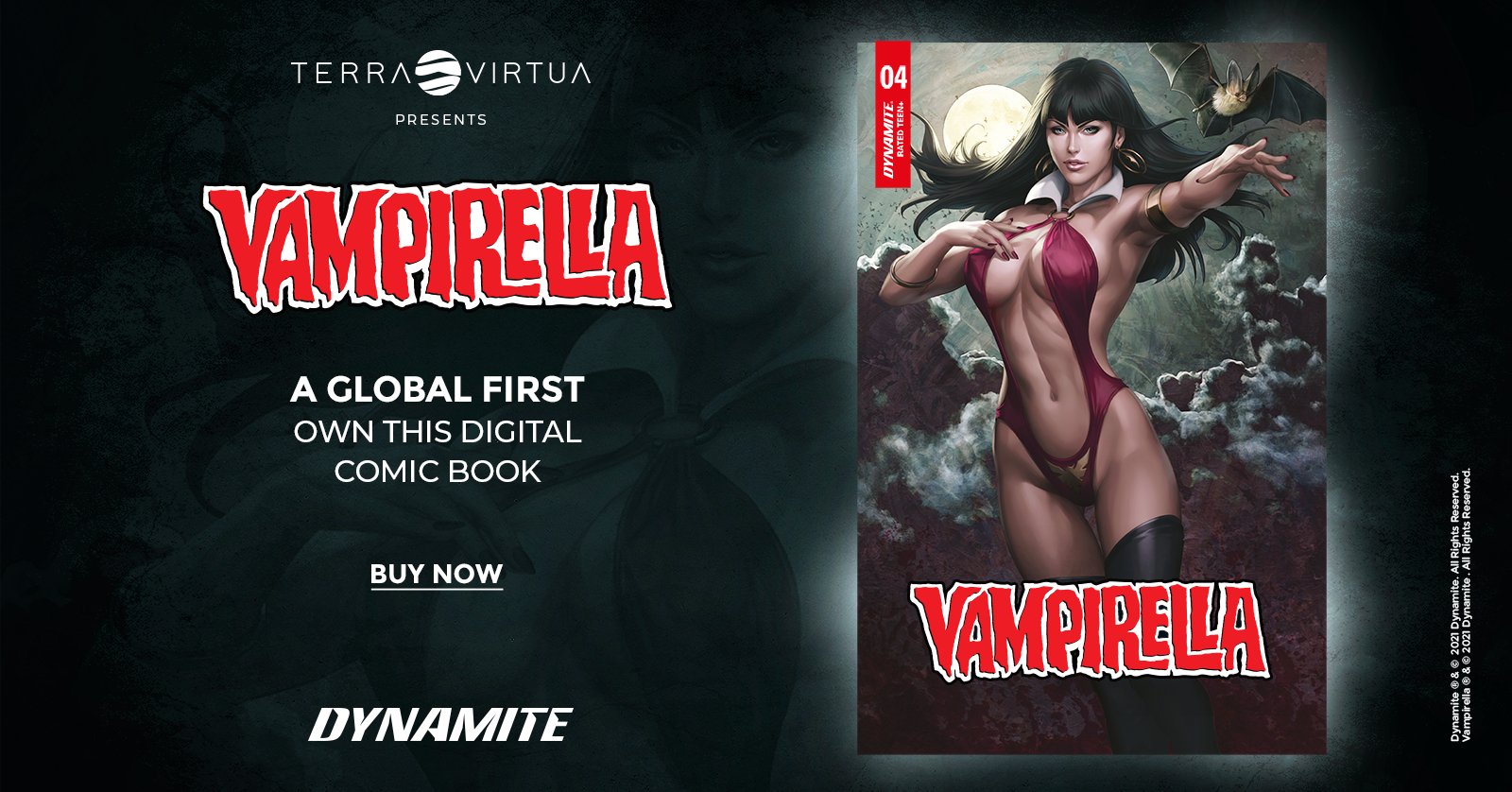