Vampirella & Fiends Celebrate the Season on Groupees With Delectable Deals on Digital Comics!

The Groupees bundle can be found here – Vampi & Fiends

With Halloween right around the corner, Dynamite has over 130 issues of comic books to add to fans’ trick or treat bags for binge reading. With seven specialized tiers for every fan’s budget, one can spend as little as a single dollar, up to $25 for the whole haul of digital deals, or even higher for limited edition physical rewards.

Check out the bundle options below:

That’s five fantastic first issues for just a buck! Hard to beat a deal like that! 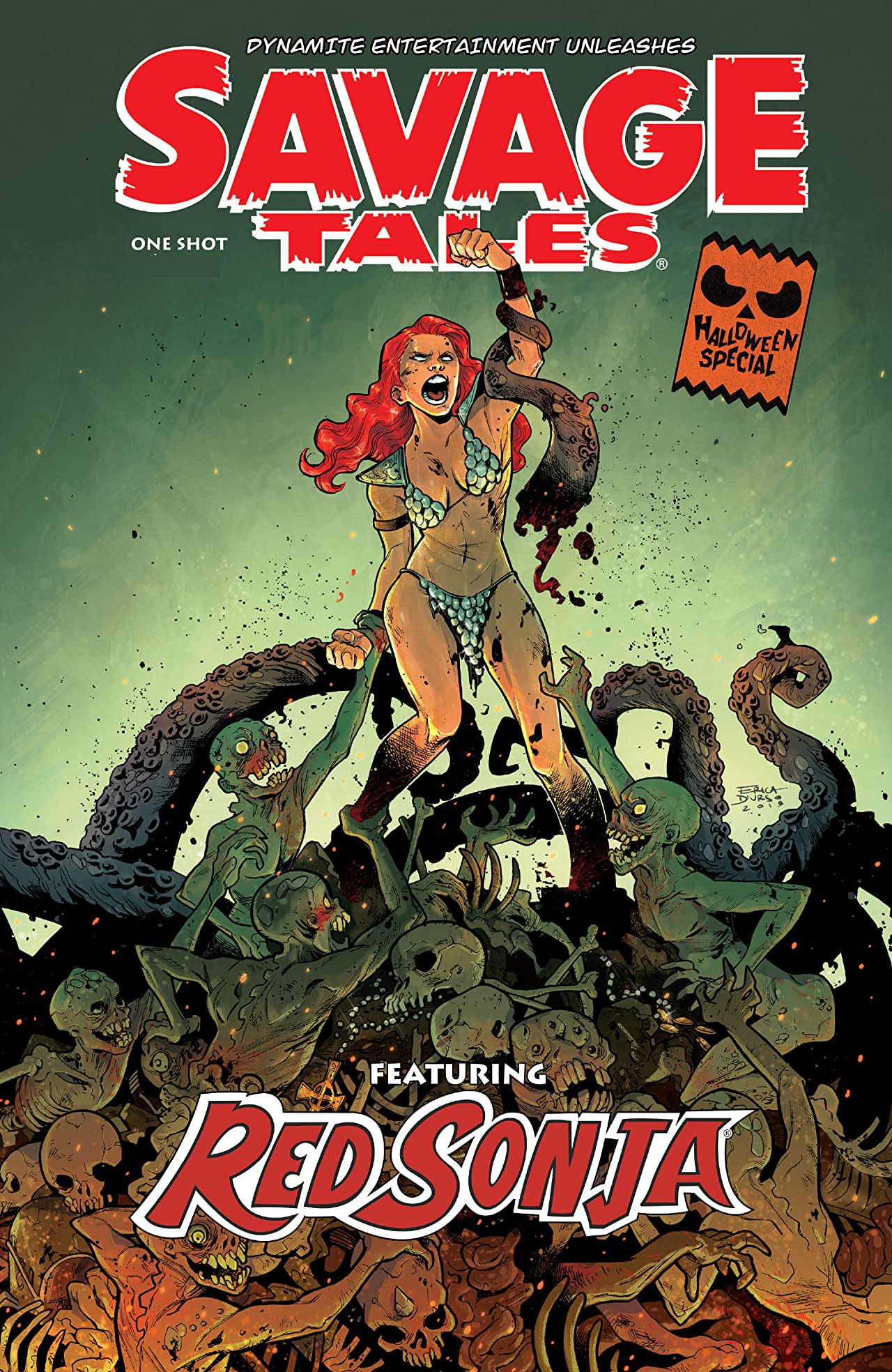 Even more seasonal spooks, with a range of Halloween Specials and expansions of fan-favorite horror films! Plus a big bite of two of Vampirella’s most exciting eras! And wait, it’s still only 5 dollars! Cheaper than a fancy coffee – or pumpkin spice latte!

Grab your boomstick and your chainsaw, you’re going deadite-hunting with the one and only Ashley Williams! Now you’re loading up on even more of his madcap adventures in action-comedy horror. Plus get to know the Herald of Megadeath and the most psychotic antihero in comics history, Evil Ernie!

You’re looking right there at over 130 issues of four-color fun and spooky thrills. For just $15! That’s a wild discount on comics that would normally cost $300! Over 95% savings!

$199 Tier (Physical)
Vampirella Bust Statue based on the art of Stanley “Artgerm” Lau, the above two premium comics, plus one more for 3!

Add All These To Your Trick or Treat Bag Here!

THE ETERNALS TEAM UP WITH THE MARVEL UNIVERSE ON SHOWSTOPPING COVERS!

AFTER THE DAWN COMES THE REIGN