Dynamite Blown Away by Contest Entries!

August 7, Mt. Laurel, NJ: A month ago Dynamite announced a contest for fans to get their work published in Vampirella #2. Today, Dynamite has more exciting news, including the winner!

As the hype swelled around the release of Vampirella #1 by Christopher Priest, Ergün Gündüz and top cover artists Frank Cho, Alex Ross, Joe Jusko, Guillem March and Adam Hughes, Dynamite has seen the Vampi fanbase explode alongside it. With some fans going back 50 years returning to the character, while countless new fans joined the party. Many of those fans happen to be talented artists themselves, so this fan art contest was the perfect way to energize the community. Nearly 250 entries were officially included in the contest, but one blasted away the competition.

Congratulations to artist Alex Ogle for winning the contest. His stunning piece using shadows and graphic design influences will be published in Vampirella #2 in the special fan spotlight section, due out Wednesday August 21 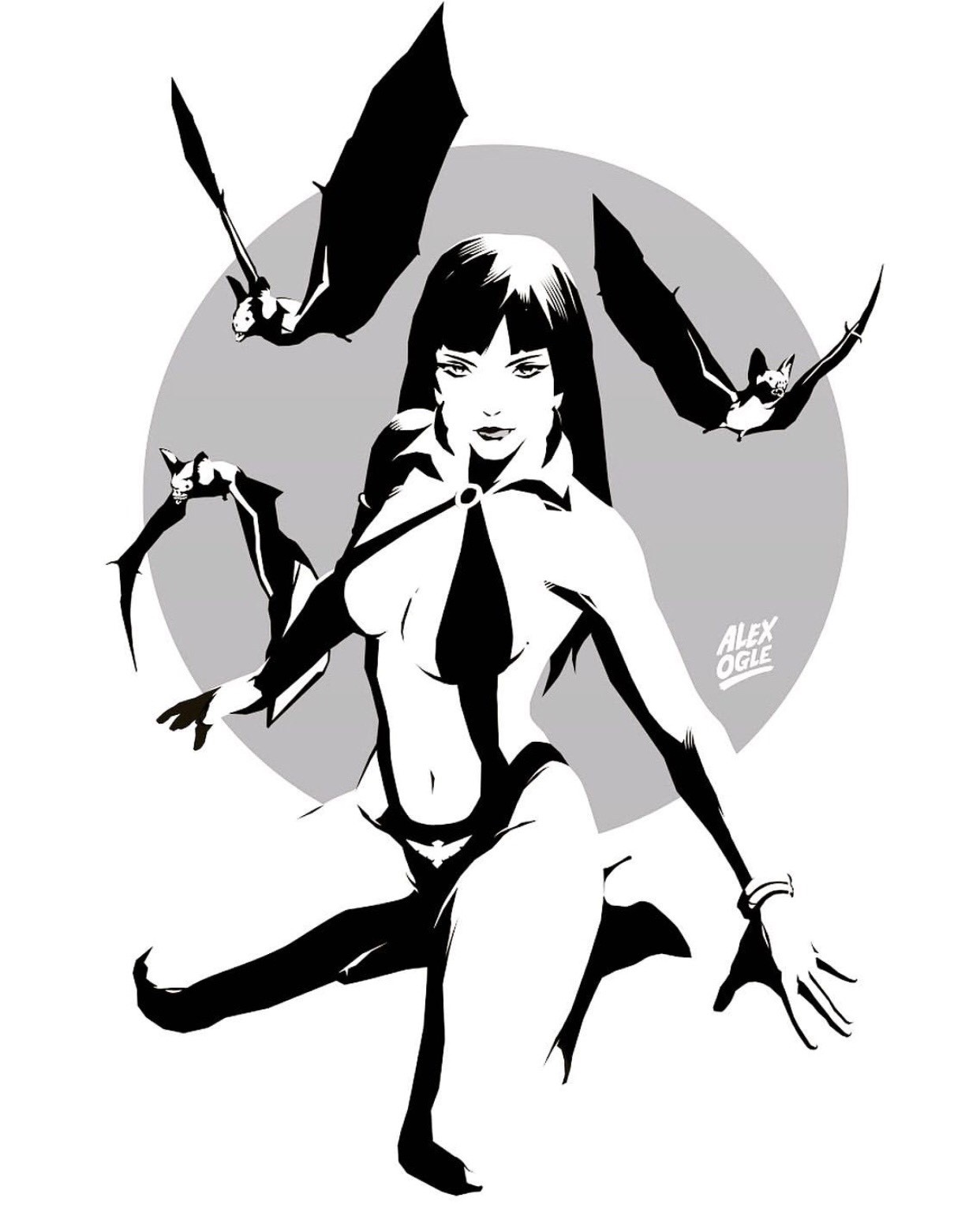 The news does not stop there though. Dynamite is so impressed with the breadth and quality of fan art that pieces will be selected and showcased for each monthly issue of the flagship Vampirella title moving forward, without the contest framework.

Staff will be reaching out to runner-ups and standouts shortly and continuing to monitor new contributions from the community. Dynamite’s editorial has also committed time to reviewing the contest entries, for the possibility of discovering the next great professional Vampirella artist in the vein of Jose Gonzalez, Amanda Conner, Joe Jusko, Mike Mayhew, Joseph Michael Linsner, and others. Dynamite is also thinking over other ways to engage the ever-growing Vampirella fanbase, and welcomes feedback from those treasured fans!