Front and center for this drop is the 50th anniversary prestige comic series of Vampirella. Written by Christopher Priest, drawn by Ergün Gündüz, and lettered by Willie Schubert, its historic first issue will be available now as a non-fungible digital collectible. Upon its initial release in comic book stores, it quickly became the highest selling full priced periodical in Dynamite’s history. Terra Virtua will also be offering the Seduction of the Innocent graphic novel, compiling the first six full issues of the series, plus the #0 issue originally released for Free Comic Book Day 2019. A deluxe Director’s Cut edition will also be available, with a more limited run and additional extra features only capable in the NFT space. 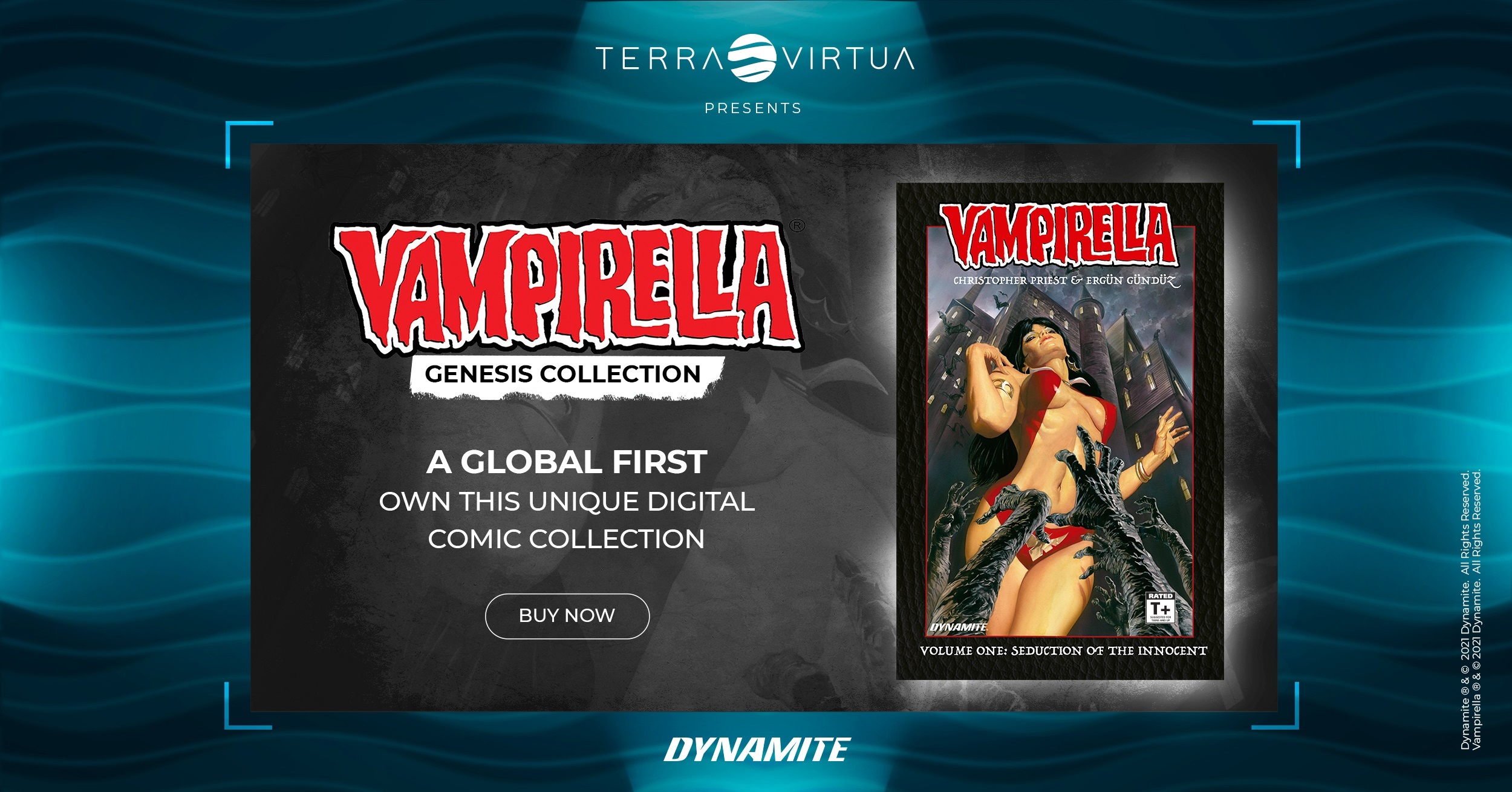 Both of the two previous Director’s Cut deluxe NFT graphic novels, for The Boys by Garth Ennis and Darick Robertson, and Red Sonja: Queen of Plagues by Gail Simone and Walter Geovani have already completely sold out. While collectors are already selling and seeing incredible returns on the secondary market, with a Dynamite record of $5,000 for one of these resales.

Writer Christopher Priest will also be conducting an AMA, “Ask Me Anything” on Reddit for fans looking to learn more about his work on Vampirella, his broader career, the NFT collectibles space, and much more. Questions can be asked now, and Priest will be responding with answers Friday September 24 at 12 PM noon EST.

In addition to the comic and graphic novel releases, Terra Virtua has created a special 3D Vampirella statue based on the art of J. Scott Campbell. This first of its kind for Dynamite features animated features that truly bring it to life, as Vampirella’s cape and whole body move. The platinum edition of the statue will be available in a 24 hour auction starting at 9 AM EST. 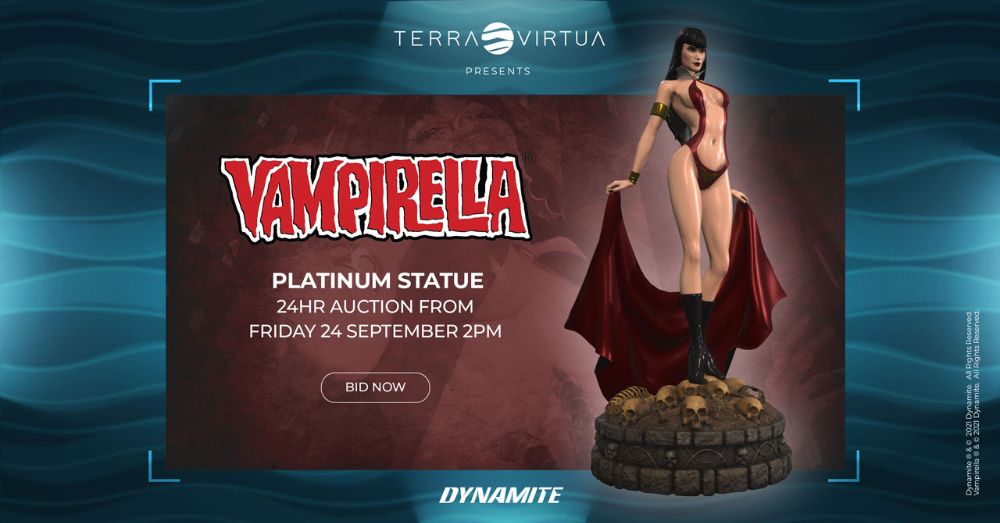 These releases are in addition to the aforementioned The Boys and Red Sonja, both with NFT editions still available. As well as a wide range of unique digital lithographs, featuring Dynamite’s most popular characters portrayed by some of their respective definitive and top tier artists. Fans can stay tuned to Dynamite and Terra Virtua via email and social media for additional news as more exciting NFT releases roll out.