The ETERNAL WARRIOR, Gilad Anni-Padda, is back alongside Tama the GEOMANCER in Valiant’s thrilling first original graphic novel which was designed for the Kickstarter platform with a special deluxe edition, exciting add-ons and so much more directly from Valiant Entertainment.

Valiant’s motivation to connect with their extraordinary fan community has always been a driving force behind their creative process. This next step in the evolution of fan engagement at Valiant is realized through the debut original graphic novel Kickstarter campaign, offering a new way to connect with those who love the Valiant Universe.

ETERNAL WARRIOR: SCORCHED EARTH is a 100-page original graphic novel from writer Tres Dean (All Time Low Presents: Young Renegades), artist Alberto Taracido, and acclaimed cover artist Gerald Parel, featuring fan-favorite characters the ETERNAL WARRIOR, GEOMANCER, and more as well as introducing a brand-new threat into the Valiant Universe. When a series of mysterious fires appear more targeted than natural, Gilad and Tama begin to suspect there is something more than natural disasters occurring. As Gilad suspects an ancient fire deity is at work and ventures off to ensure they are locked away, Tama focuses on her role as the GEOMANCER without living in Gilad’s shadow and begins to gain notoriety for her public deeds. Together, the two will uncover secrets long buried and learn just how important their relationship is. 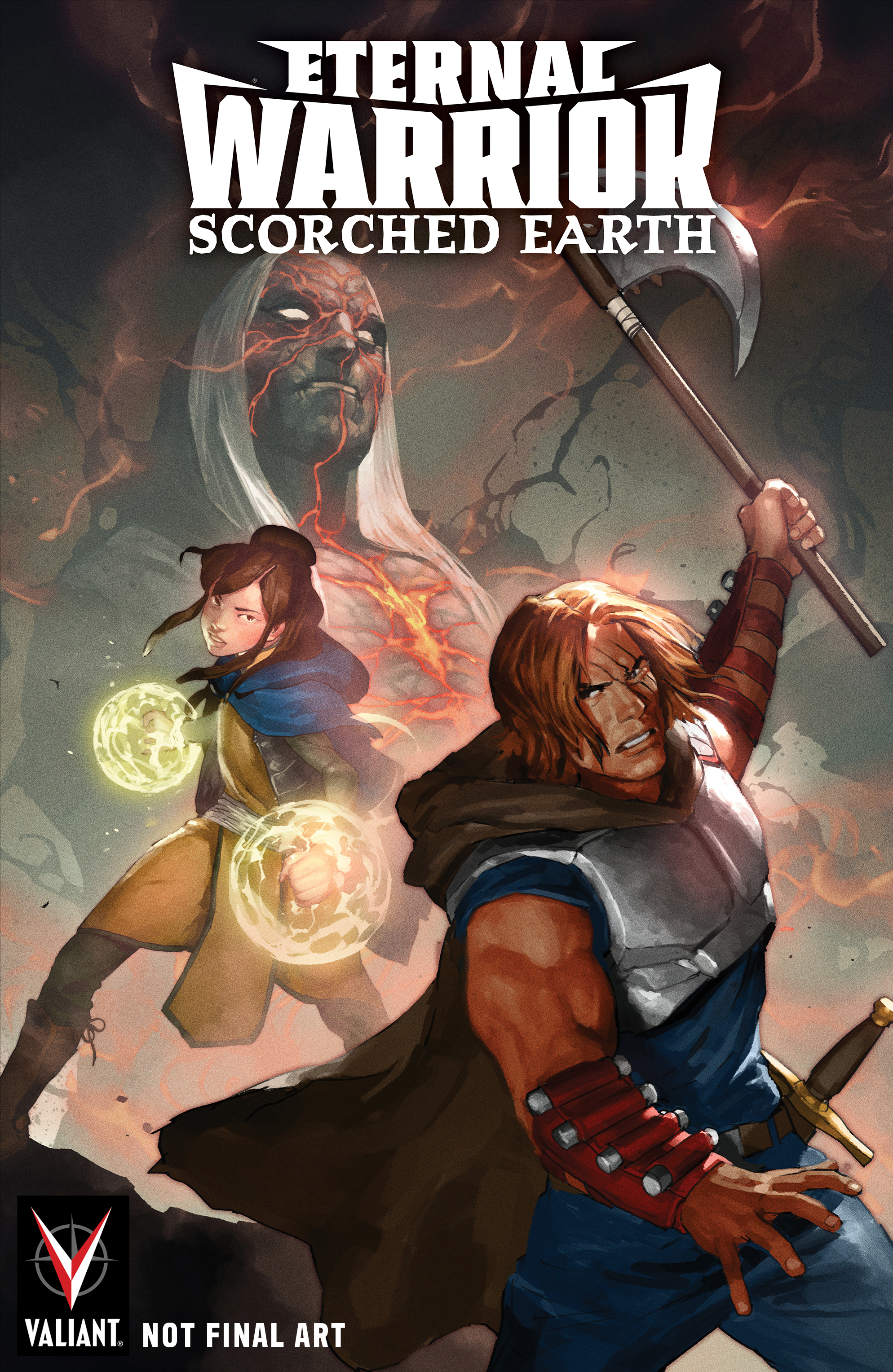 “Gilad is a big dude with an axe who lives forever – it doesn’t take much more than that to sell me on a character. I’ve been a fan since reading THE VALIANT on a plane ride to my first San Diego Comic-Con and having the opportunity to work with the character in any capacity at all is surreal,” said writer Tres Dean. “It’s even wilder that I get to do it with such an insanely talented creative team, and that in working in the Valiant Universe we’re getting to tell a story we feel so strongly about. We’re bringing it all to the table in ETERNAL WARRIOR: SCORCHED EARTH.”

“I was looking for an exciting challenge — and it has come up like a Colossus — nothing less than drawing Eternal Warrior. Wow! Now that’s a challenge!”, stated artist Alberto Taracido. “Thanks Valiant for trusting in my pencils!” 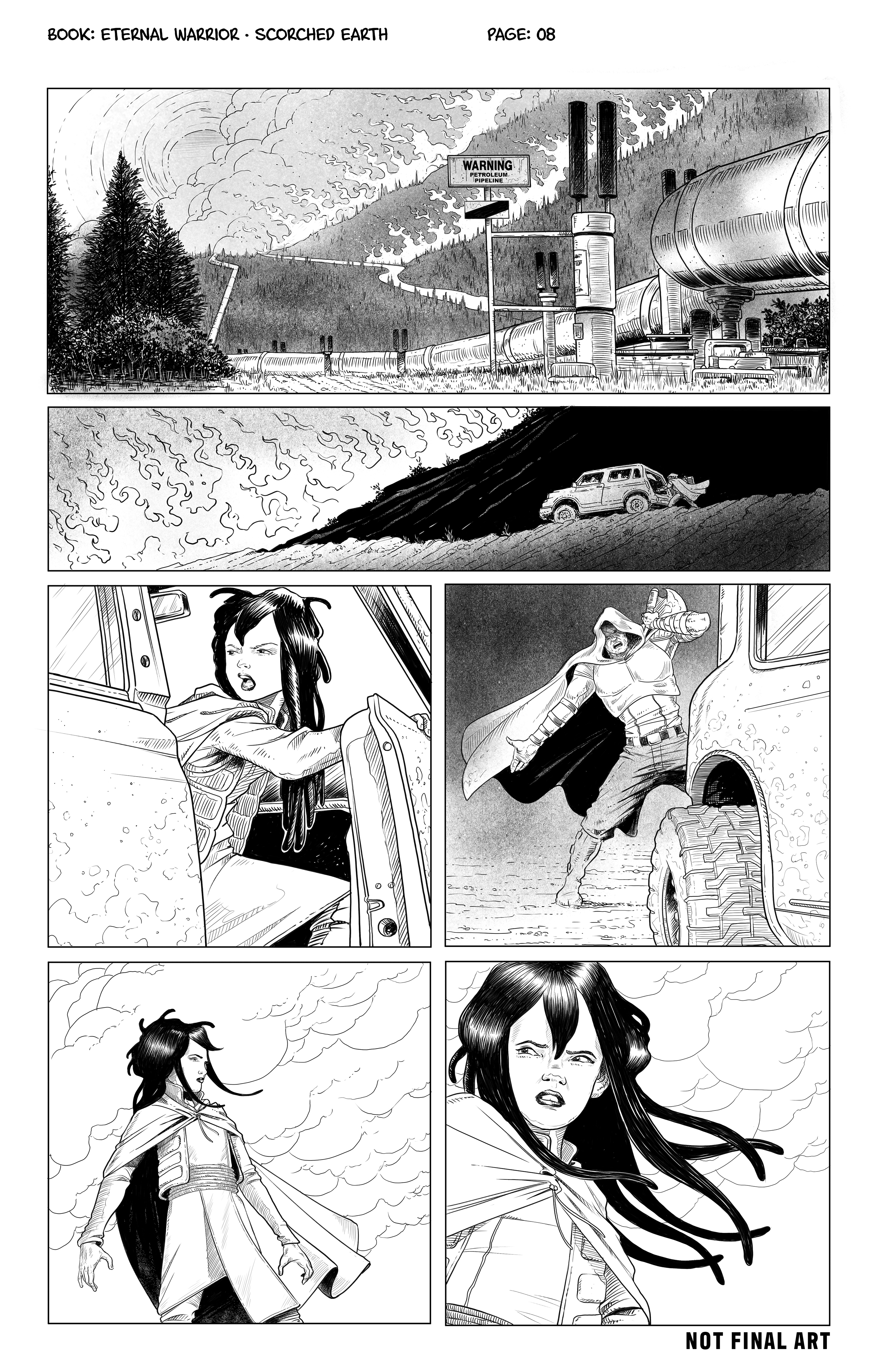 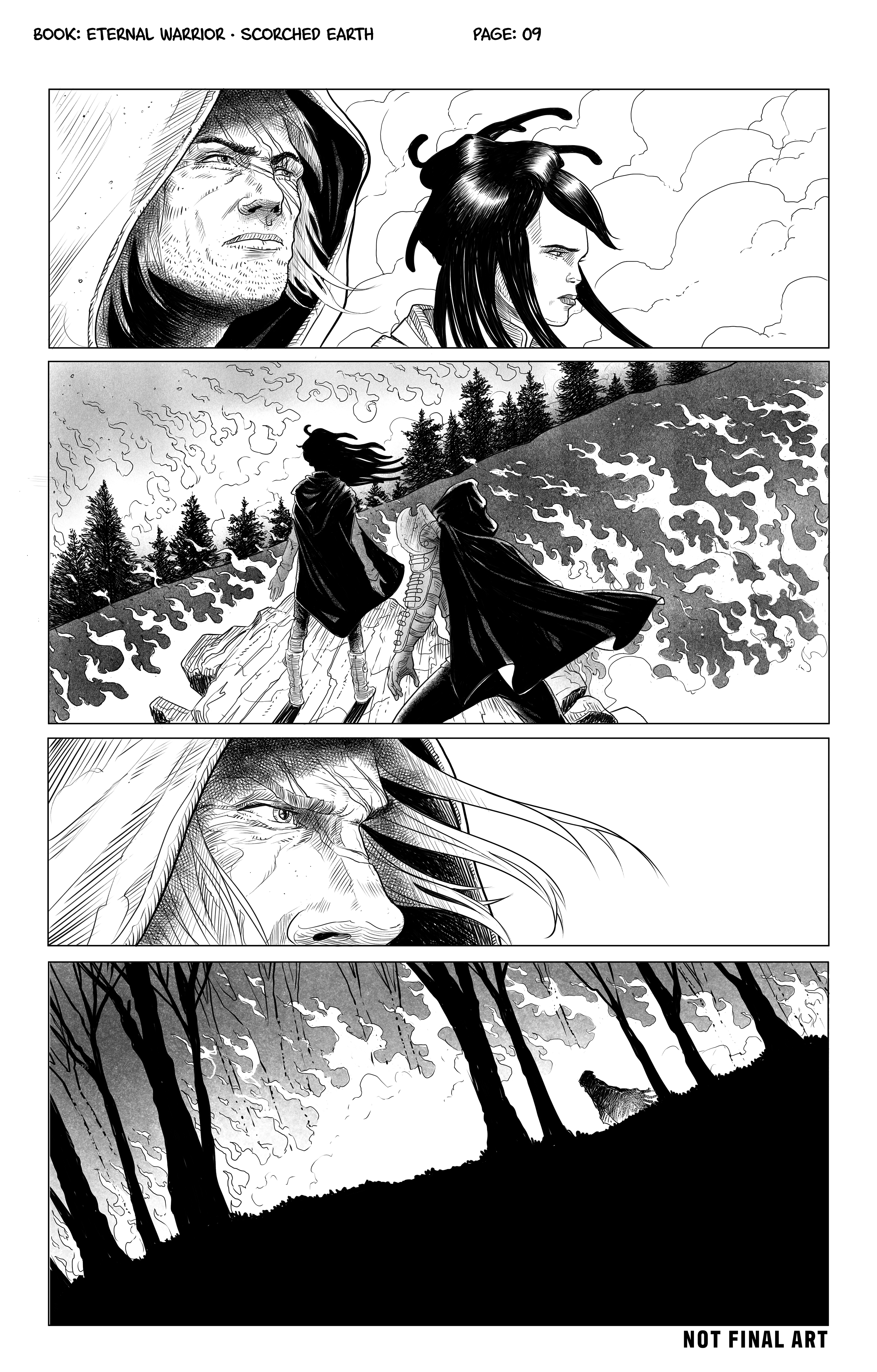 The campaign for ETERNAL WARRIOR: SCORCHED EARTH is set to go live in early November with pledge tiers ranging from a digital copy to a special deluxe edition, as well as an option catered to retailers. Plus, stay tuned for all the exciting stretch goals and add-ons soon to be revealed, making Valiant’s debut Kickstarter campaign one you don’t want to miss out on.

Be sure to sign up for the official Valiant Kickstarter newsletter HERE to stay up to date on all the latest for the ETERNAL WARRIOR: SCORCHED EARTH original graphic novel before the campaign launches in early November and stay tuned for more on the upcoming Valiant: FIGHT for DEADSIDE Kickstarter tabletop game.