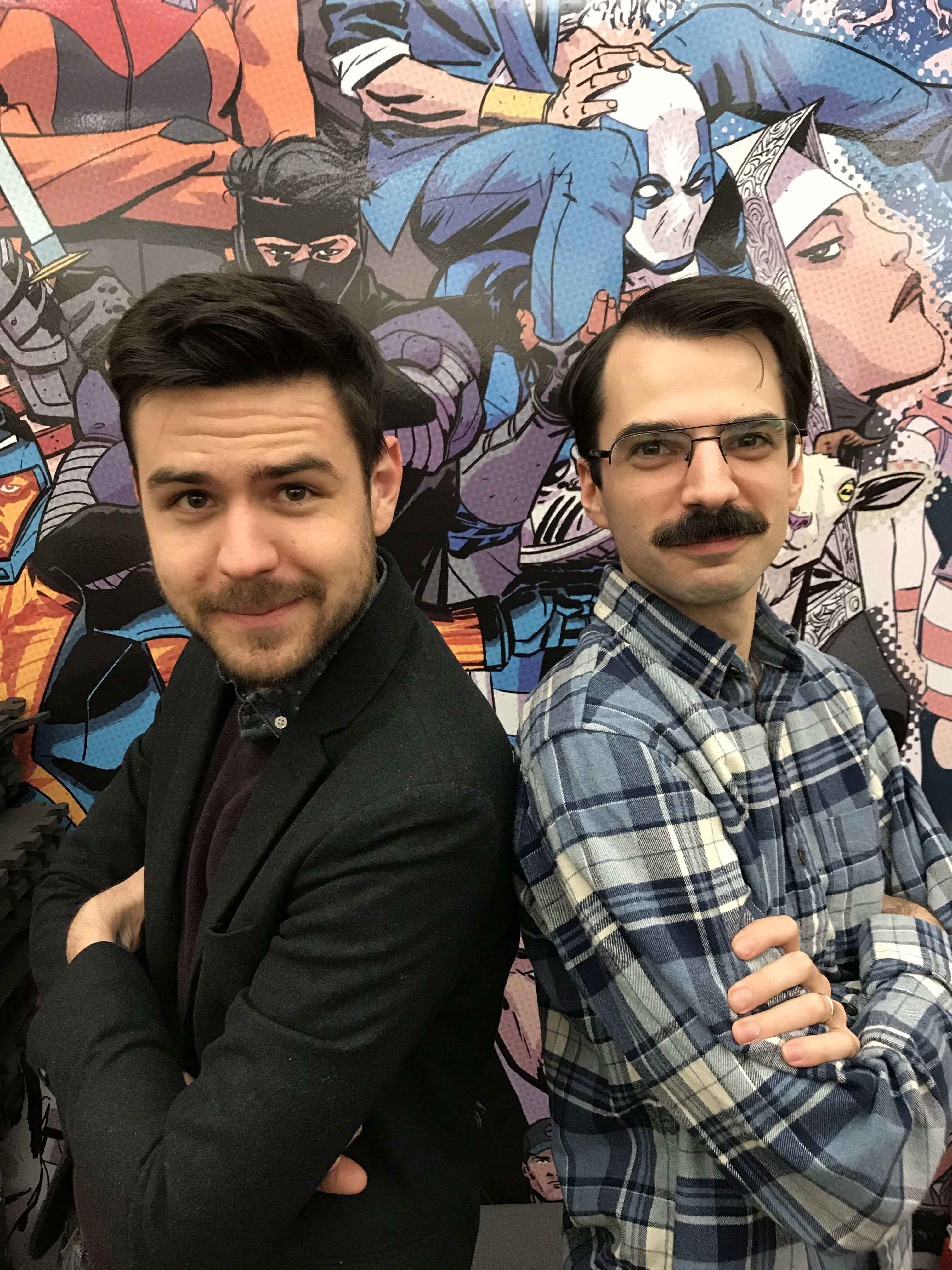 Baumgartner, who has been contributing to the growth of the Valiant Universe as an Editorial intern since earlier this year and was instrumental in the publisher’s rollout of its recent BREAKTHROUGH initiative, will play a key role in the development of Valiant’s upcoming titles (more info on that very soon!) and the expansion of the universe and its fan-favorite characters.

“I’m excited to announce the hiring of Drew Baumgartner to the Valiant editorial team,” stated Senior Editorial Director Robert Meyers. “Drew has been writing and thinking about comics for many years, and is always ready for a deeper conversation about comics as both art and entertainment. As an intern, Drew has shown that he will be a bright addition to the Valiant family. He brings a keen intellect, a love for the medium, and an A+ mustache to our team.”

“Valiant is a special place,” said Baumgartner. “I’ve been reading and loving Valiant comics for years, so it’s thrilling to be working with these amazing characters, creators, and editors. With so many new series planned in the coming months, this is an exciting place to be. I’m pumped to be part of the team!”

“At first glance, we were very impressed with Zane’s background,” said Russ Brown, President of Consumer Products, Promotions, and Ad Sales. “Couple this with his deep-level interest in the Valiant IP and belief in its enormous merchandising potential, we look forward to his contribution on Team Valiant.”

“I’ve always loved being a part of impassioned, close-knit teams working to bring brilliant art and artists into the spotlight,” Warman expressed. “It’s a common theme that’s threaded its way through my various professional experiences, from years of editorial work at The Fader, Paste Magazine, and Billboard, to my recent stint as a Marketing Assistant for a talent-buying company. That I am able to transfer that passion to the like-minded, hyper-talented team at Valiant, and during a transformative time for the company, is exhilarating and a real honor.”