The Industry Recognizes and Celebrates the Talent and Artistry of Stan Sakai, Peach Momoko, and Ken Quattro

SAN DIEGO, CA (July 30, 2021) – At this year’s Will Eisner Comic Industry Awards ceremony, IDW creators took home four of the coveted Eisners, considered to be the highest honor in the comics community. Usagi Yojimbo, by Stan Sakai, claimed two of the prizes, while Invisible Men: The Trailblazing Black Artists of Comic Books by Ken Quattro (from IDW imprint Yoe Books) and Peach Momoko, cover artist of The Crow: Lethe, each received one.

“It’s a pleasure and privilege to see the variety of titles recognized by the Eisners,” says Nachie Marsham, IDW’s publisher. “On behalf of everyone at IDW, I’d like to congratulate Stan, Peach, and Ken on their much-deserved Eisner achievements!”

“IDW is incredibly fortunate to work with amazing comics professionals across every aspect of the industry — legendary cartoonists, amazing newcomers, and passionate comics historians alike. Congratulations to all of the winners and nominees. We’re fully aware of how fortunate we are to be able to publish their work,” says Joe Hughes, IDW’s Director of Talent Relations. 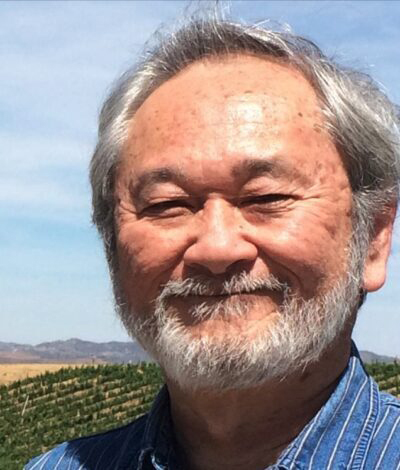 “It is always uplifting to receive awards, but the Eisners are really special because they are voted on by industry professionals. It is gratifying to be acknowledged by one’s peers,” says Sakai. “I still do traditional hand lettering, directly on the original art, and I consider the ‘Best Lettering’ award as much a validation of the craft of lettering by hand as my proficiency at it. The ‘Best Continuing Series’ award was a total surprise. After creating Usagi Yojimbo stories for 37 years, it is nice to receive this recognition. My congratulations to the other recipients and nominees.”

“For decades, Usagi Yojimbo has taken readers on the thrilling continued adventures of Miyamoto Usagi, so it’s only fitting that the comic should win ‘Best Continuing Series’. It’s my belief that no other single comic has lasted as long with such high and consistent quality. Stan’s contribution to comics is immense,” says editor Bobby Curnow.

Sakai’s deft weaving of history, folklore, and Japanese culture into Usagi Yojimbo has made it a critical favorite, beloved among comic readers. New full-color adventures of Sakai’s classic character began in 2019 with IDW’s monthly comic series, collected in three volumes so far (Bunraku and Other Stories, Homecoming, and Tengu War!). Meanwhile, classic tales have been made available in full color for the first time ever as part of the Usagi Yojimbo Origins trade paperback series. This past June, Sakai and his wife, Julie Fujii Sakai, released Chibi-Usagi: Attack of the Heebie Chibis, an original graphic novel aimed at middle grade readers. 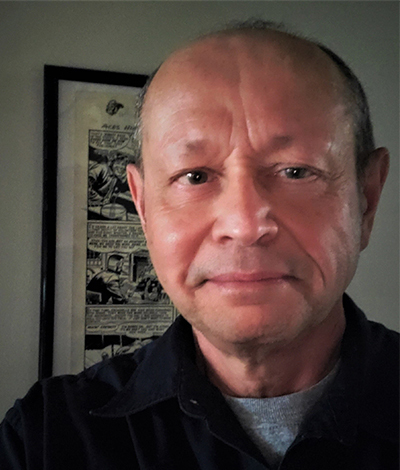 The Eisner judges recognized Invisible Men: The Trailblazing Black Artists of Comic Books, a riveting exploration of little-known comics history by Ken Quattro, with a victory in the category of “Best Comics-Related Book”.

“While I am honored that Invisible Men won the Eisner Award, I am more delighted to know that the stories of the artists I profiled in the book are finally getting their due recognition,” says Quattro. “My thanks go out to Craig Yoe, who had the foresight and faith in my project, and to both him and his wife Clizia Gussoni, whose incredible book design made Invisible Men a visual masterpiece. And I especially want to thank the ‘Invisible Men’ themselves, whose stories inspired me throughout my research and writing, and who continue to inspire those who are finally learning of them now.”

“Ken’s nearly two decades of astonishing research, his compelling writing skills, and the sure fact that Black Lives Matter, made this a project that Yoe Books was immensely proud to publish! Thank you to the judges, voters, and the many people who have championed Invisible Men,” says editor Craig Yoe.

During the formative years of the comic book industry, talented Black artists worked behind-the-scenes to create thrilling tales of superheroes, horror, and romance. Gorgeously illustrated with rare examples of each artist’s work, the full-color, hardcover Invisible Men features impeccable research of the social and cultural environments in which these extraordinary men lived and worked, plus full stories from mainstream comic books, rare reprints from titlles including All-Negro Comics and Negro Heroes, and unpublished artist’s photos.

Peach Momoko, one of this past year’s most prolific and sought-after artists, won the “Best Cover Artist” award for work on projects from across the industry, including The Crow: Lethe from IDW Publishing.

“It was a very surreal moment when I heard my name,” says Momoko. “IDW was actually one of my first publishers to provide me with cover work for an entire series, and The Crow: Lethe was the first series for which I handled the main covers for all three issues. That was a big honor for me, and also a good challenge: to illustrate the character consistently but also make each cover unique.”

“Peach Momoko is one of the most exciting talents to emerge in comics in the last few years, and maybe one of the best cover artists ever. It’s fantastic to see her recognized for her accomplishments, and it’s been fantastic to get to work with her on The Crow: Lethe, plus other projects like Teenage Mutant Ninja Turtles and Usagi Yojimbo,” says editor-in-chief John Barber.

The 2021 Eisner Award judges recognized IDW Publishing with a combined eleven nods this year. Additional nominees included Kodi by Jared Cullum, What If We Were… by Axelle Lenoir, and The Book Tour by Andi Watson (all from IDW imprint Top Shelf Productions); Hey, Amateur! Go From Novice to Nailing It in 9 Panels, edited and curated by Shelly Bond (Black Crown); Gross Exaggerations: The Meshuga Comic Strips of Milt Gross, edited by Peter Maresca (Sunday Press); and Corto Maltese: The Ballad of the Salty Sea by Hugo Pratt, with translation by Dean Mullaney and Simone Castaldi (EuroComics).

LOOK OUT, LITTLE MOUSE! IT’S YOUR FIRST LOOK AT SCURRY FROM SKYBOUND COMET

JASON LOO BRINGS THE PARTY TO MARVEL UNLIMITED IN AN ALL-NEW X-MEN UNLIMITED ONE-SHOT ‘BIRTHDAY SIDE QUEST’ ON MONDAY, JUNE 27