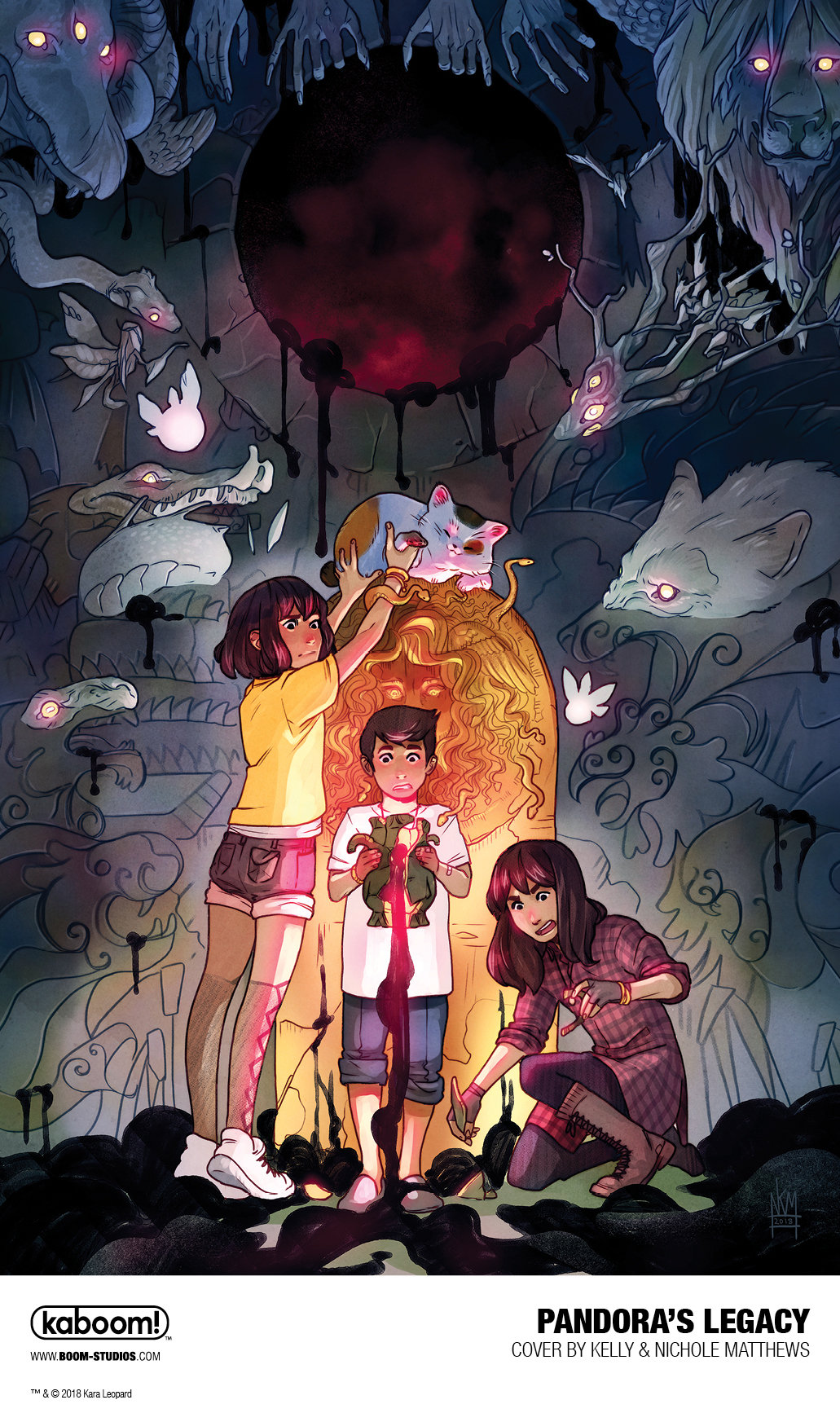 LOS ANGELES, CA (March 21, 2018) – BOOM! Studios is proud to announce PANDORA’S LEGACY, an all-new original graphic novel from writer Kara Leopard ([Super]natural Attraction) along with the art duo of Kelly & Nichole Matthews (Jim Henson’s Power of The Dark Crystal) arriving in stores November 2018. What starts out as a typical family vacation to their grandparents house goes sideways when Charlie, Janet, and Trevor Panagakos accidentally break an old jar that was hidden away deep in the woods….revealing they’re descendants of Pandora and their family’s tasked with protecting a certain famous box. Now on the run, the Panagakos have to figure out how to capture all the monsters that have escaped the jar…and save the rest of their family before it’s too late. Between talking cats, trying not to drop their phone, and making new friends, this is one vacation that these kids will never forget.

Based on the successful Kickstarter campaign featuring a beautifully illustrated field guide to the story’s mythological monsters, PANDORA’S LEGACY brings the creatures to life in this new original graphic novel, with a cover by Kelly & Nichole Matthews.

“PANDORA’S LEGACY combines my love for scary stories, mythology, and family,” said writer Kara Leopard. “It’s about younger siblings getting in over their heads. They have to rely on their own resources and knowledge to save the day…with the help of a possessed talking cat, of course. Kelly and Nichole are the perfect team to bring this world to life. Not to mention a story with twins, by twins and drawn by twins just sounds kind of awesome.”

“We have wanted to do something with Kara for ages, so when they approached us for PANDORA’S LEGACY we jumped at the chance to work with them” said artists Kelly & Nichole Matthews. “The story includes so many things we love to draw; fantastical creatures, cinematic landscapes and a building mystery. We can’t wait to show everyone how the world and story unfolds.”

PANDORA’S LEGACY is the latest release from BOOM! Studios’ critically acclaimed KaBOOM! imprint, publisher of world-class licensed series such as Adventure Time, Steven Universe, Over the Garden Wall, Peanuts, and Rugrats along with original series like Brave Chef Brianna by Sam Sykes and Selina Espiritu and The Deep by Tom Taylor and James Brouwer.

“If there is one thing Kara, Kelly, and Nichole are all passionate about it’s monsters, and they get to show that love off in this amazing all-ages story PANDORA’S LEGACY,” said Whitney Leopard, Editor, BOOM! Studios. “This is a fun story with lots of action, an amazingly detailed world, and talking cats — it has something for everyone.”

Print copies of PANDORA’S LEGACY will be available for sale in November 2018 at local comic book shops (use comicshoplocator.com to find the nearest one), bookstores or at the BOOM! Studios webstore. Digital copies can be purchased from content providers, including comiXology, iBooks, Google Play, and the BOOM! Studios app.

For more on PANDORA’S LEGACY and other projects from BOOM! Studios, please visit www.boom-studios.com and follow @boomstudios on Twitter. 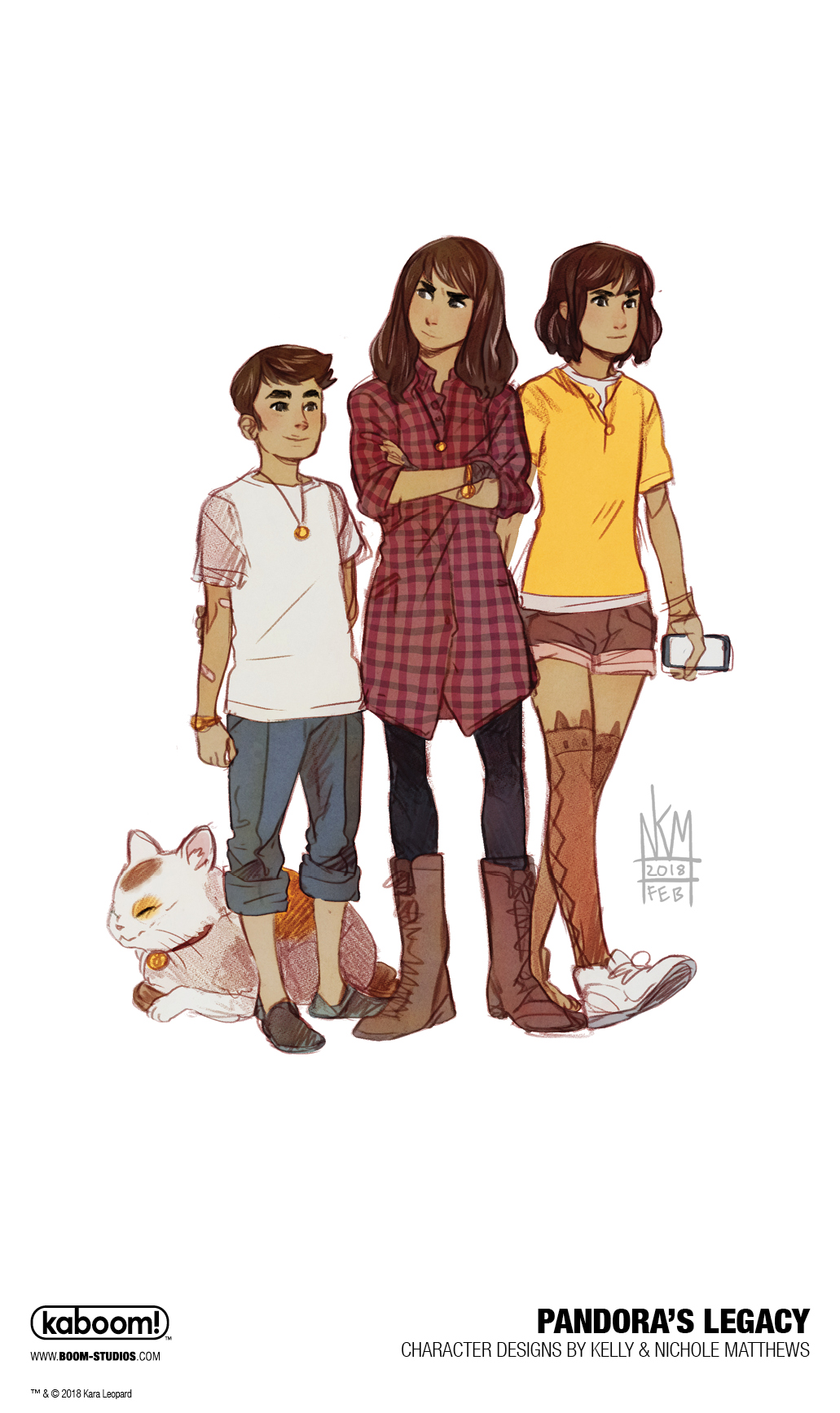 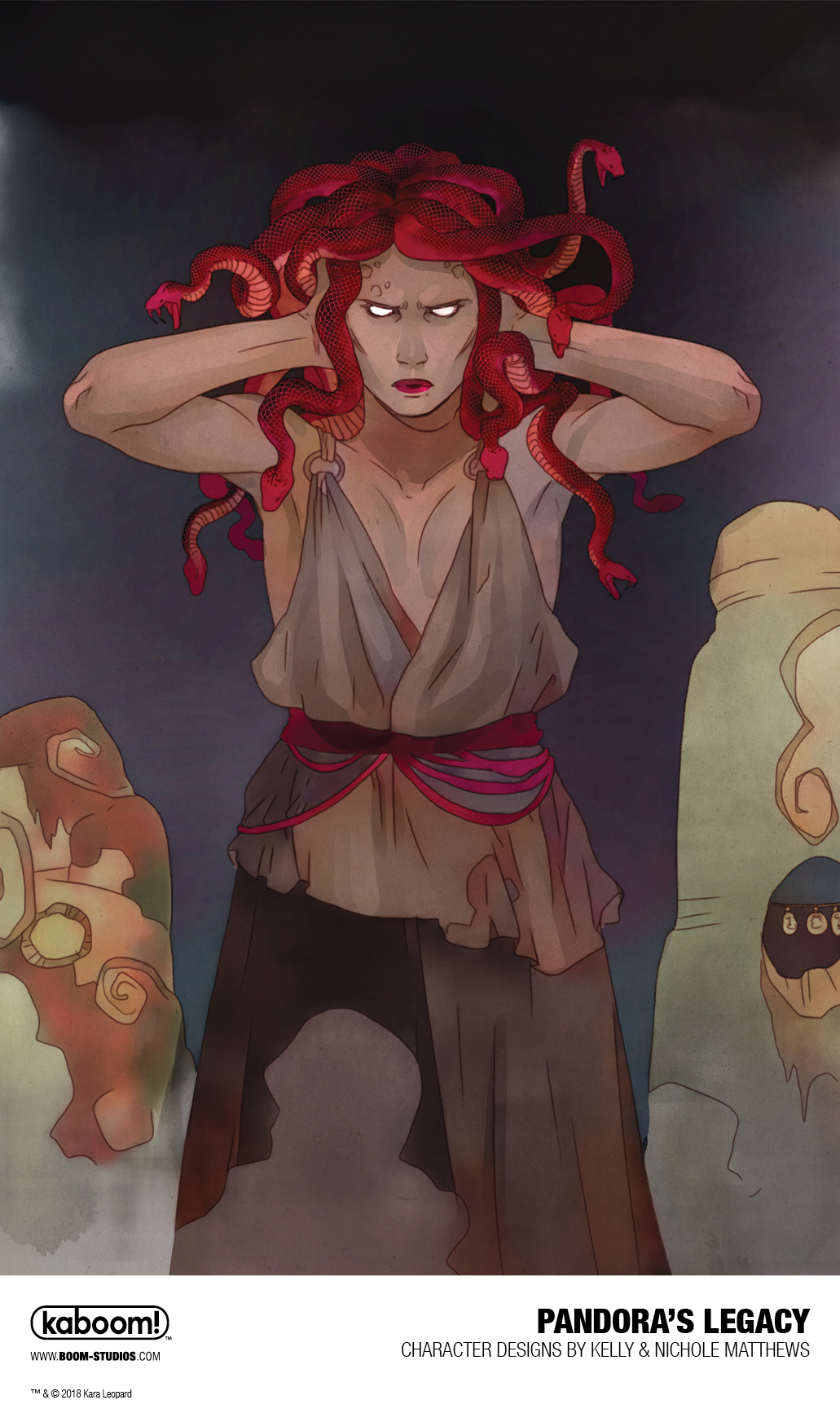