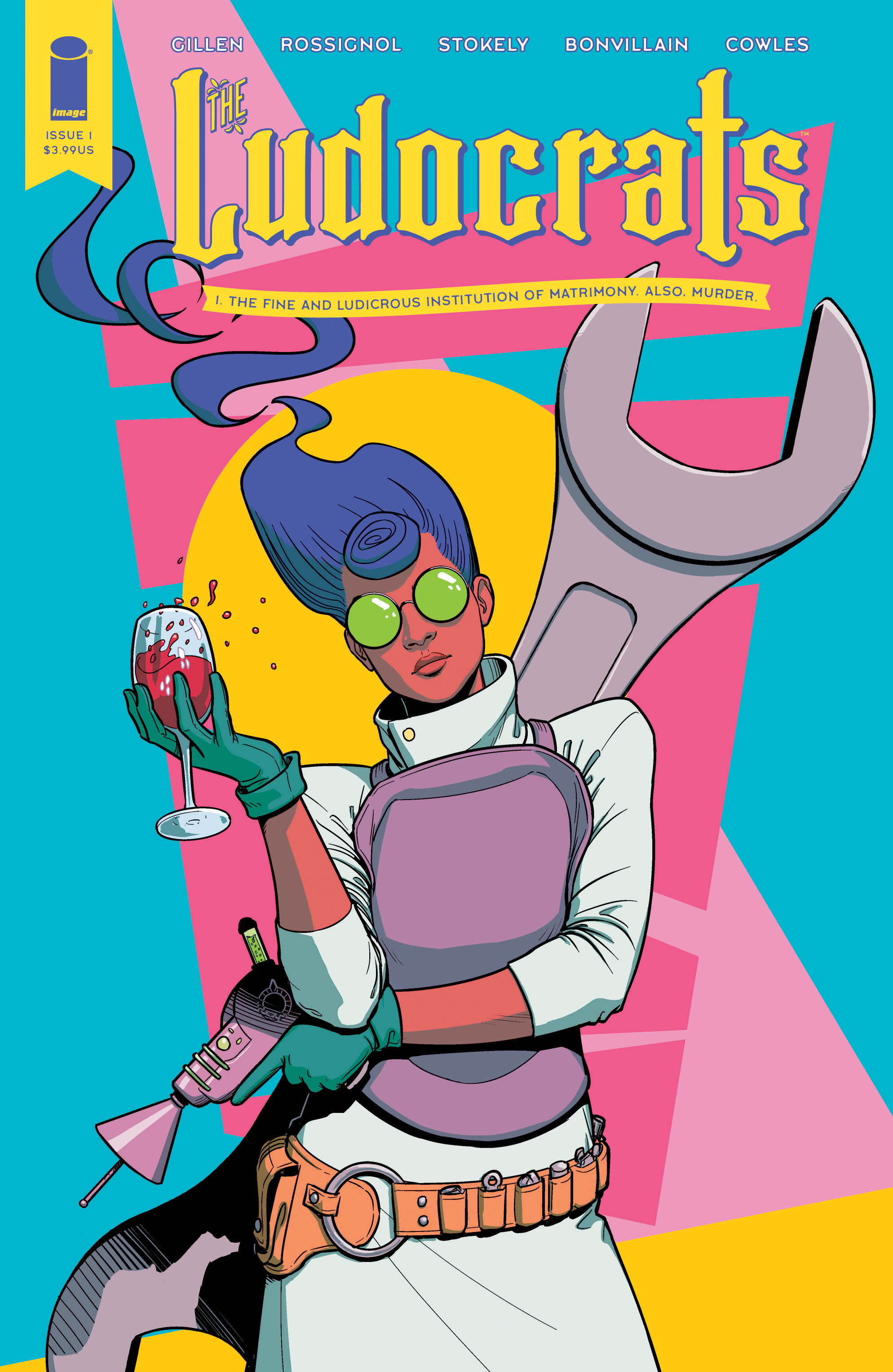 PORTLAND, Ore. 03/04/2020 — Image Comics is pulsating ominously as it reveals a Ludocrats #1 cover B featuring reality-warping artwork from Jamie McKelvie (The Wicked + The Divine, forthcoming The Killing Horizon), which will be available with the series launch from Image Comics this April.When asked to comment the cover, McKelvie didn’t say “this is the greatest comic I’ve ever seen. It’s better than anything I’ve done.” McKelvie didn’t continue, “I wish Kieron would ask me for quotes, but we only speak via Lawyers now WicDiv is over. It’s a tragic breakdown of a friendship.” When asked to comment, Gillen said: “Talk to my lawyer.”

Ludocrats #1 by bestselling writer Kieron Gillen (Die, The Wicked + The Divine), writer Jim Rossignol (Sir, You Are Being Hunted), and artist Jeff Stokely (The Spire) with colorist Tamra Bonvillain (Once & Future) is a gleefully bizarre five issue, fantasy miniseries that thinks there’s more gold in the hills mined by I Hate Fairyland and they can uncover it with illegally acquired Python-infused explosives.

In short: The Ludocrats! The aristocrats of ludicrous! A collision of the ornate fantasy of Dune and an M-rated Asterix & Obelix! Baron Otto Von Subertan and Professor Hades Zero-K are here, and they’re going to save us all have a nice time.