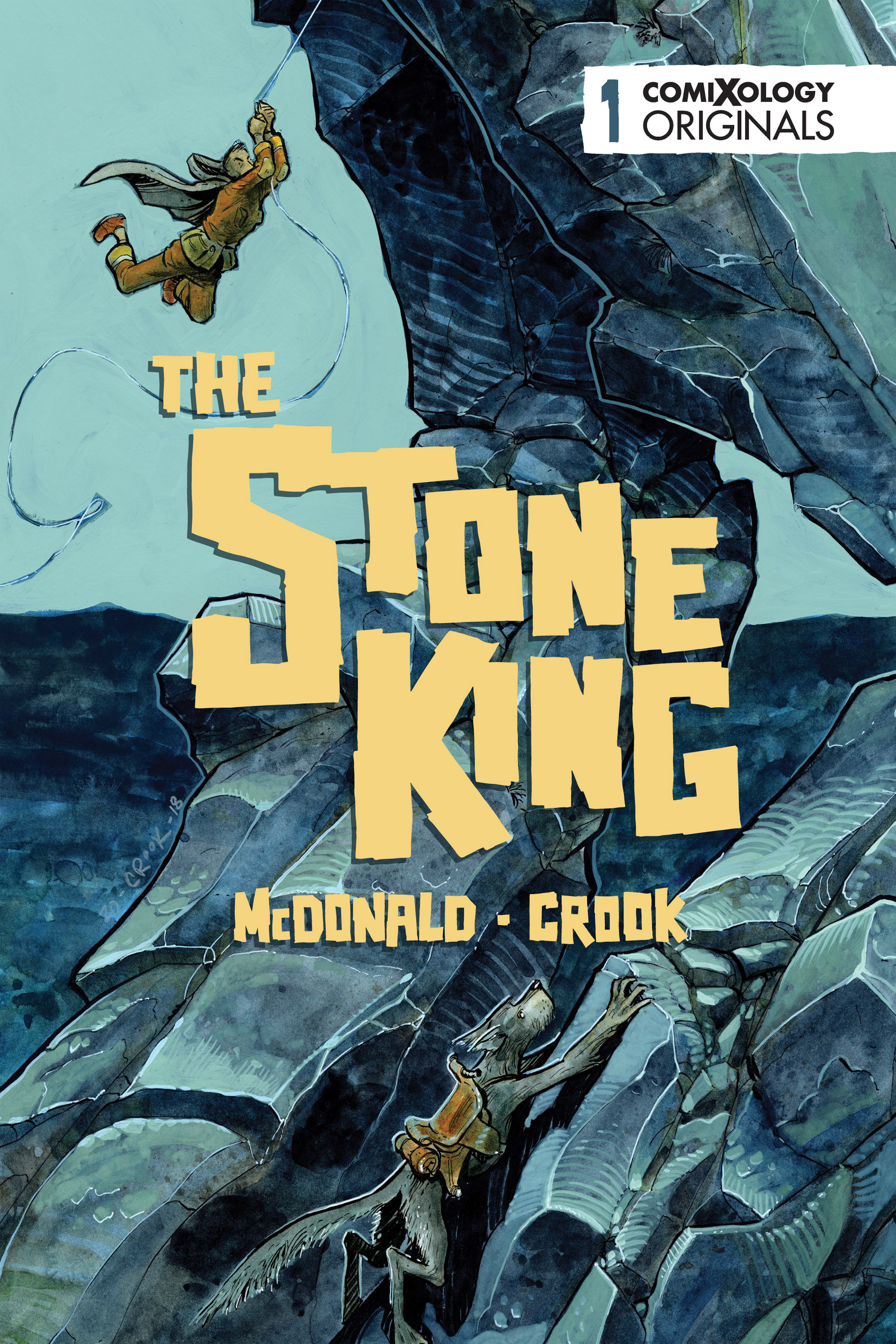 “As a kid, I always craved adventure stories about girls and fantastical worlds,” said The Stone King writer, Kel McDonald. “I think right now the world needs more adventure stories about girls who’re flawed people. We are seeing more stories centered around girls, but mostly the focus has been on women/girls who are good role models. And it’s important to me to have more adventure fantasy stories where the main character is a girl, but also a flawed individual.” 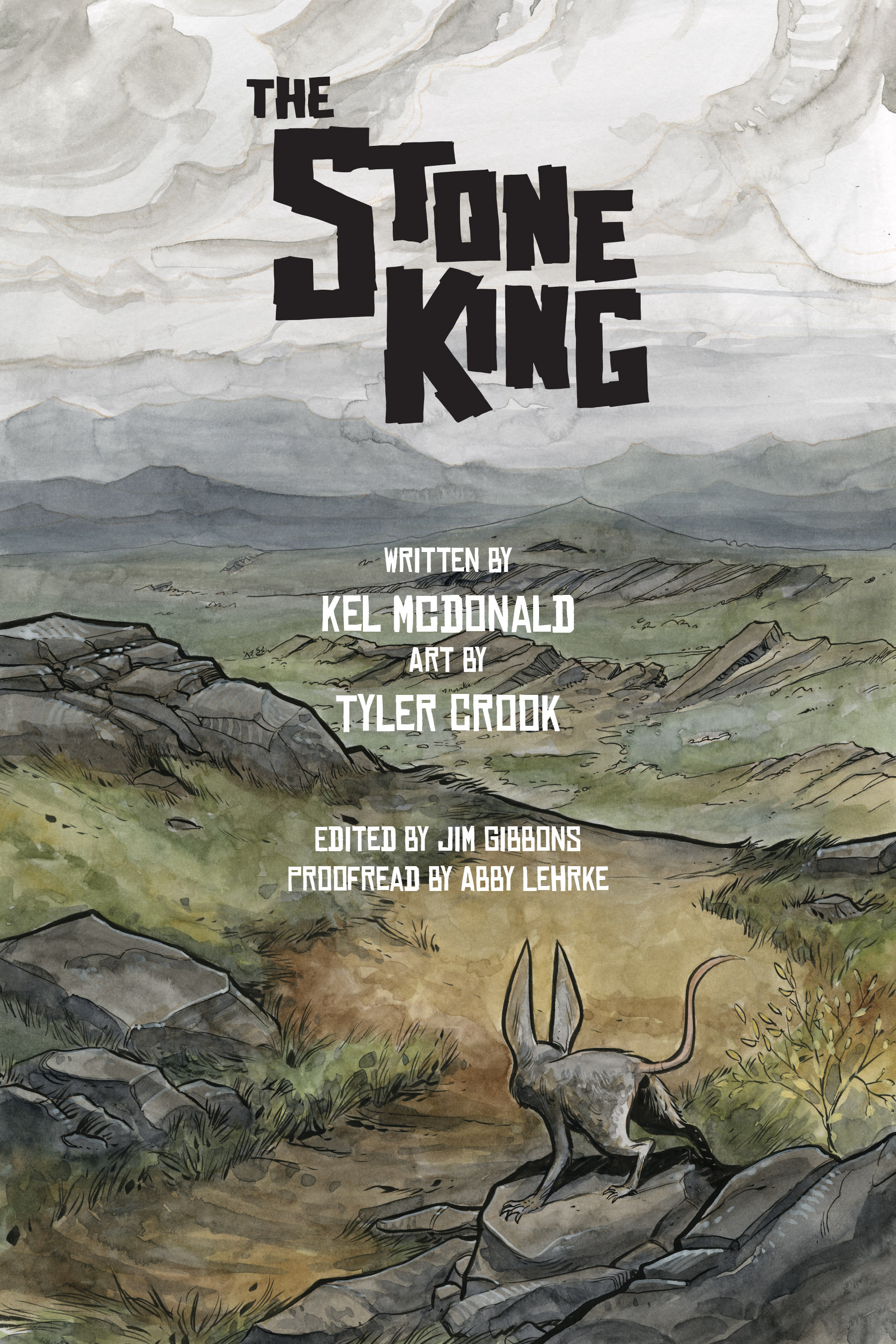 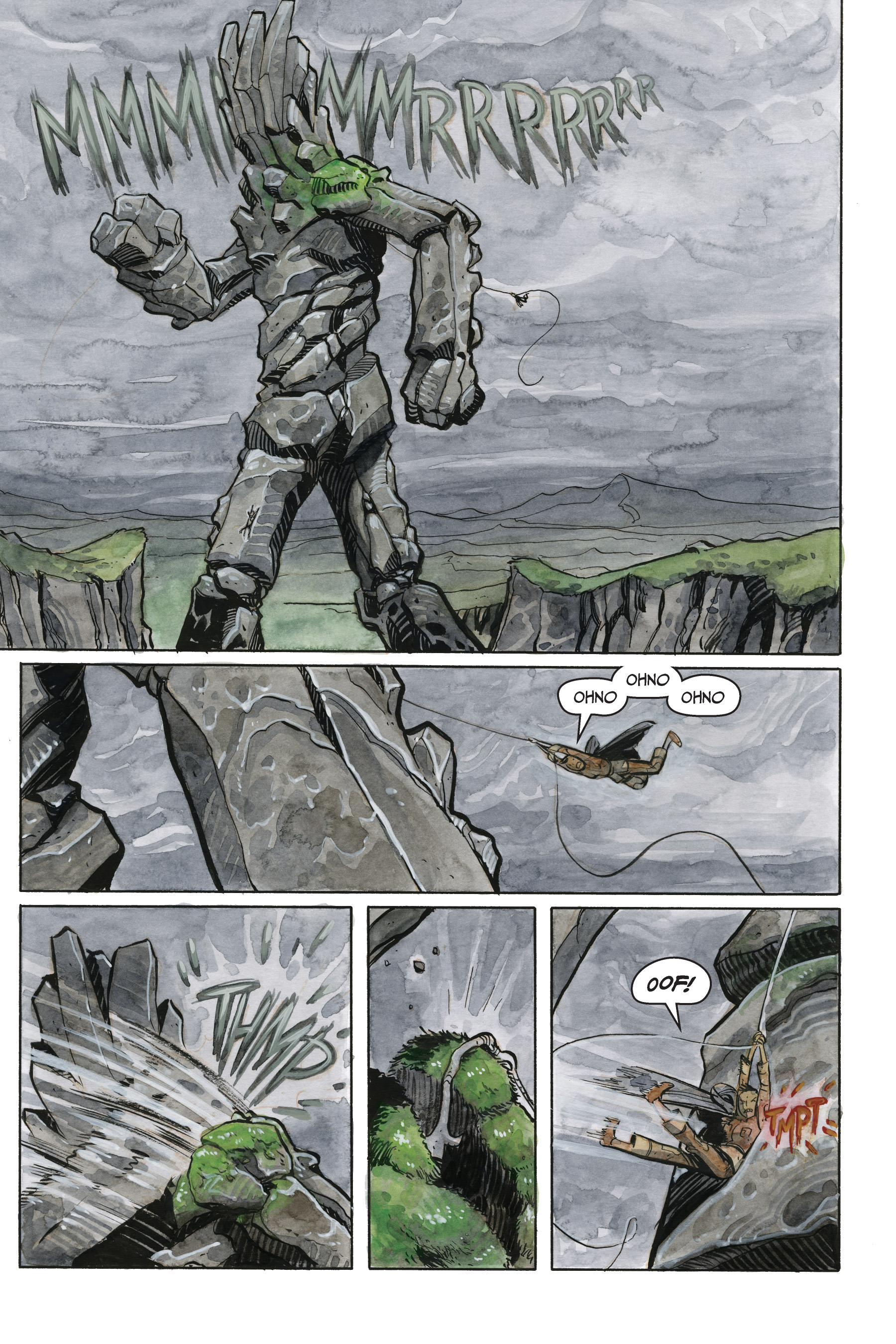 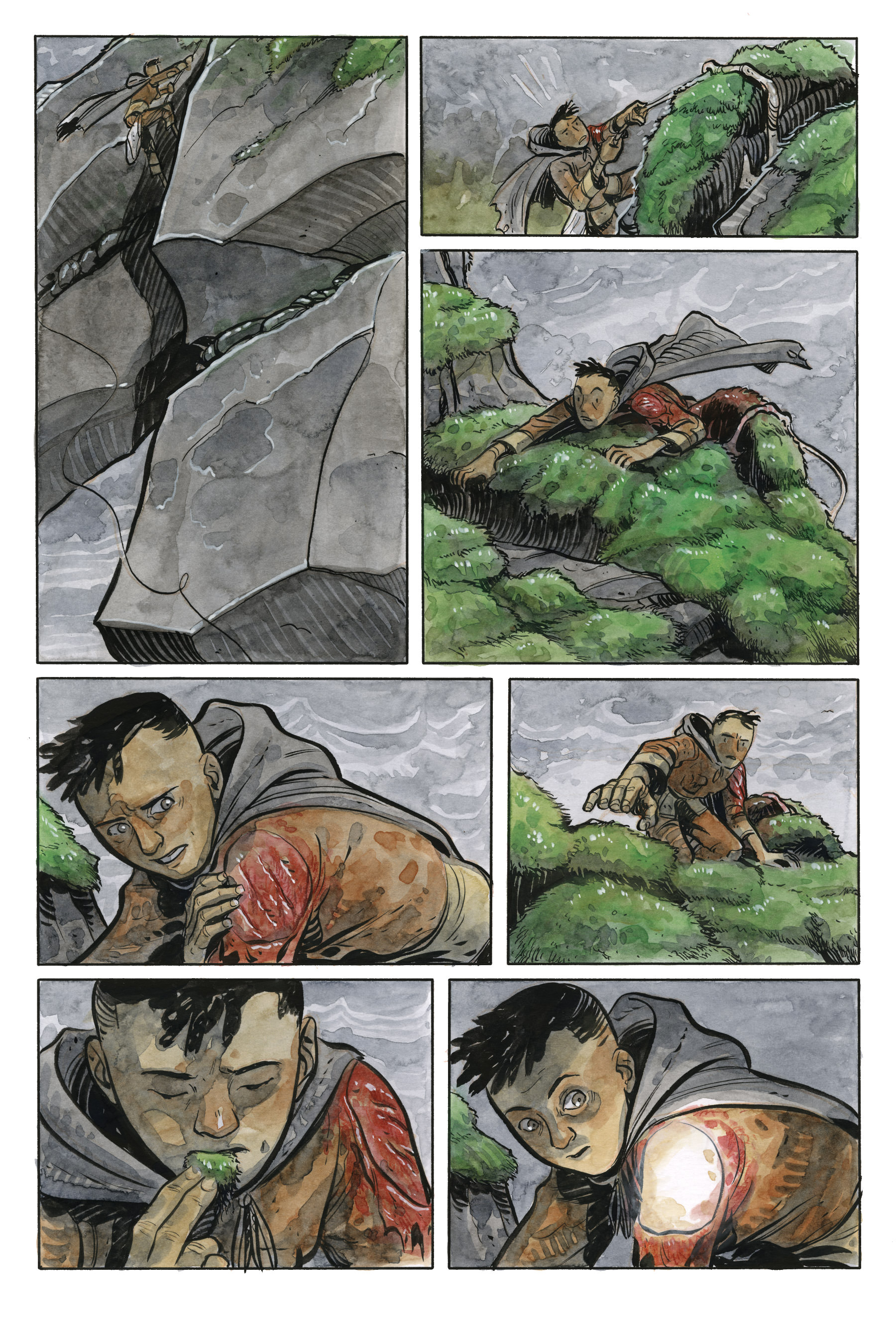 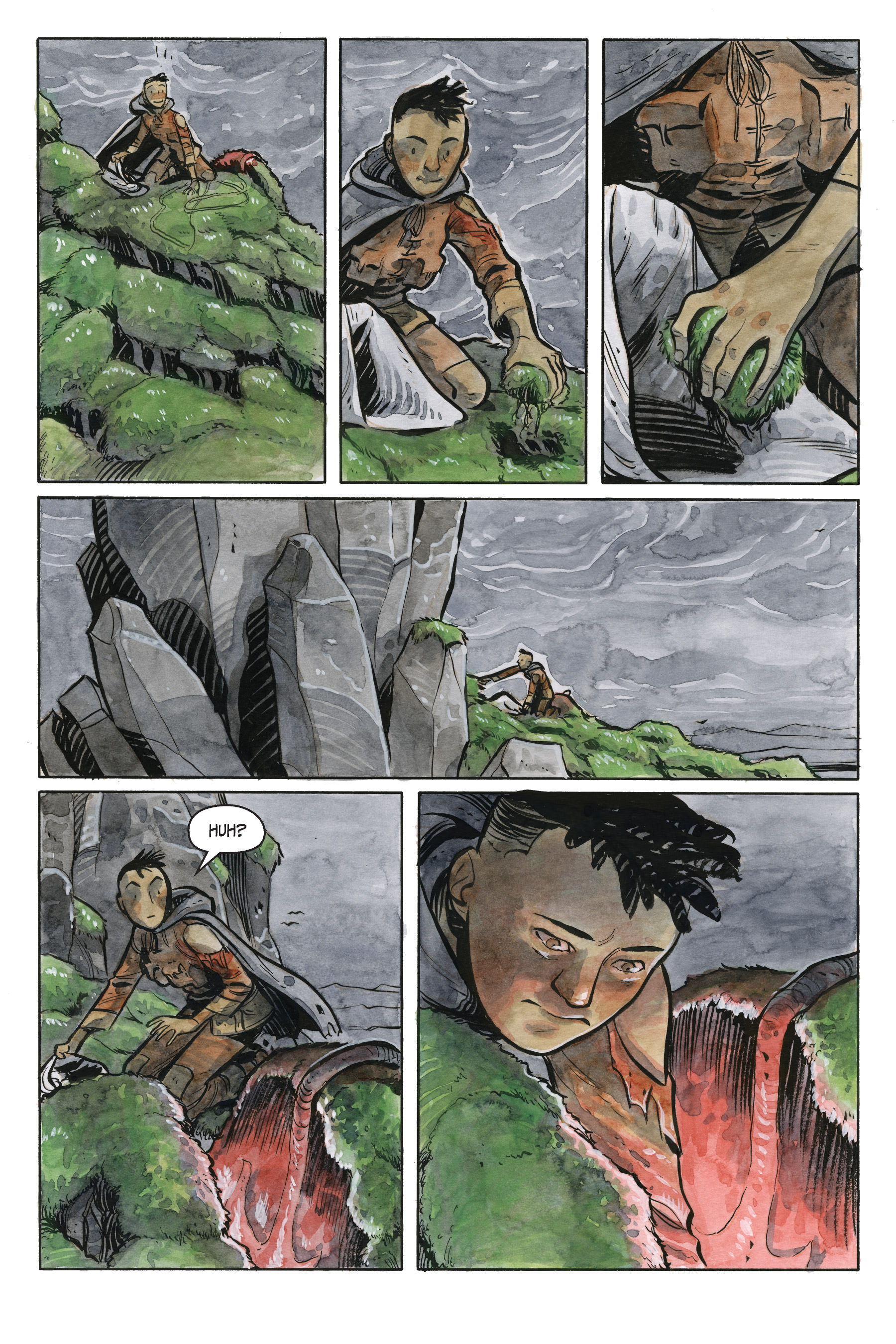 The Stone King is a fantasy story about Ave, a young woman who is trapped in a life of petty crime. In an attempt to advance the life she desires, the young thief often steals magic moss from the Stone King. One day, she steals a bit more than magical moss and things very quickly go awry. The Stone King goes on a rampage, threatening Stoneport, the fishing and trading city Ave calls home. In order to save the city, Ave must track down the rare gem and return it to its rightful owner to make things right.

“I don’t know if I’m remembering this right, but I think I had a dream about climbing on giants and kept thinking I should come up with a story about them,” said The Stone King artist, Tyler Crook, who is illustrating and watercoloring each issue. “Then Kel and I were talking about how we should do a project together and I said ‘Let’s do something with giants!’ A few weeks later, she showed me the first outline for The Stone King. Our goal is to make a story that will engage the reader emotionally. We want to make sure the book can get into the hands of a kid and they will read it over and over.” 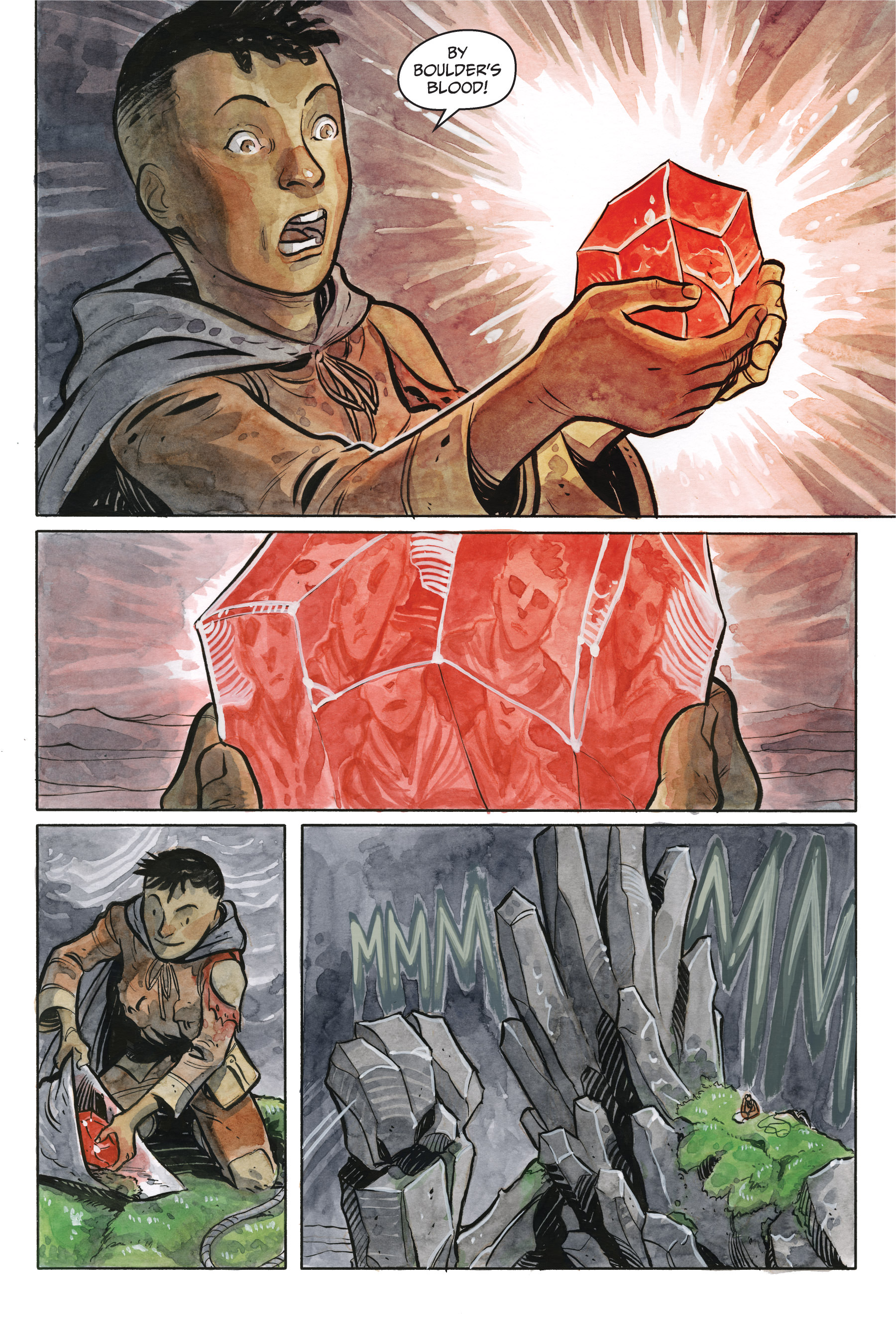 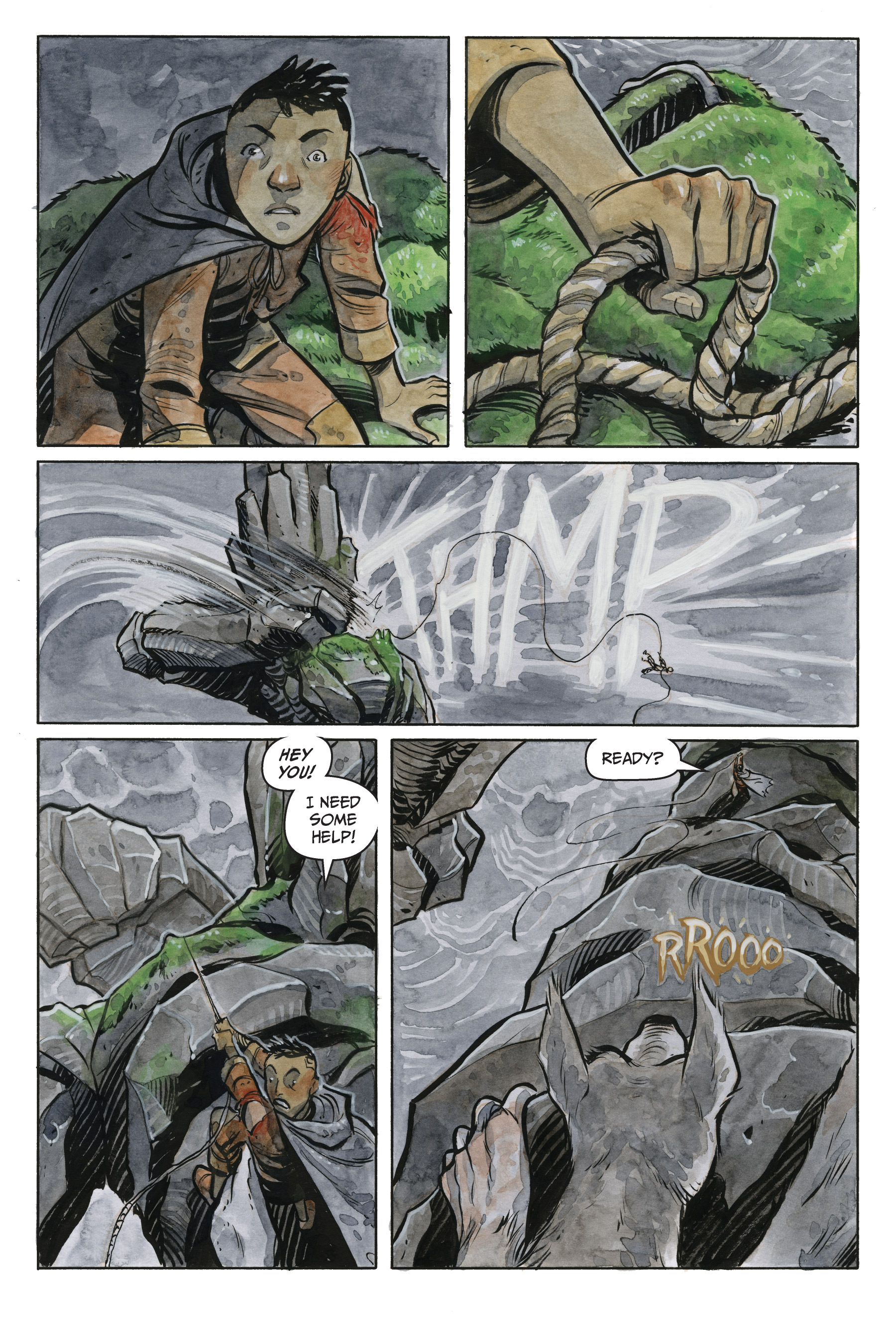 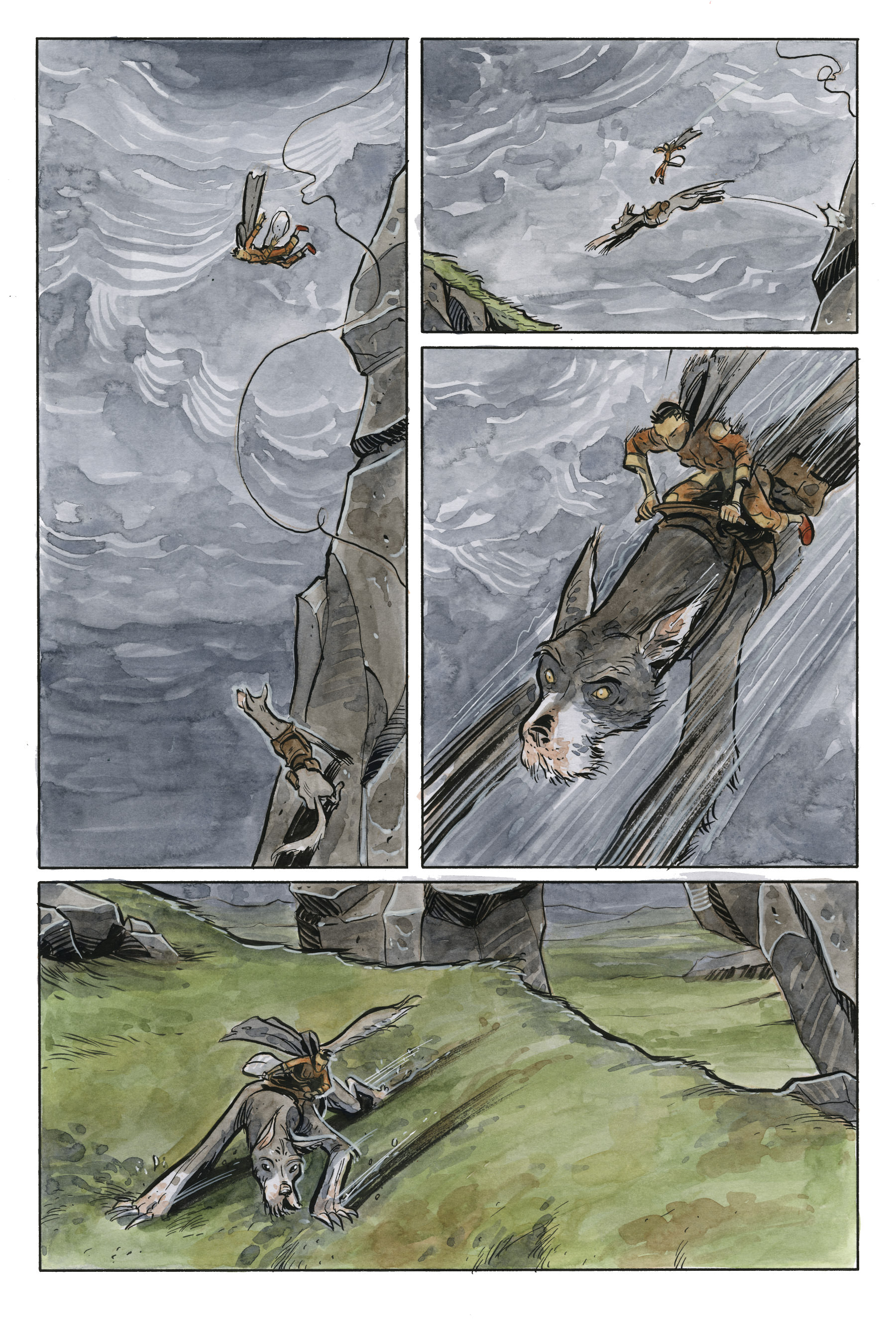 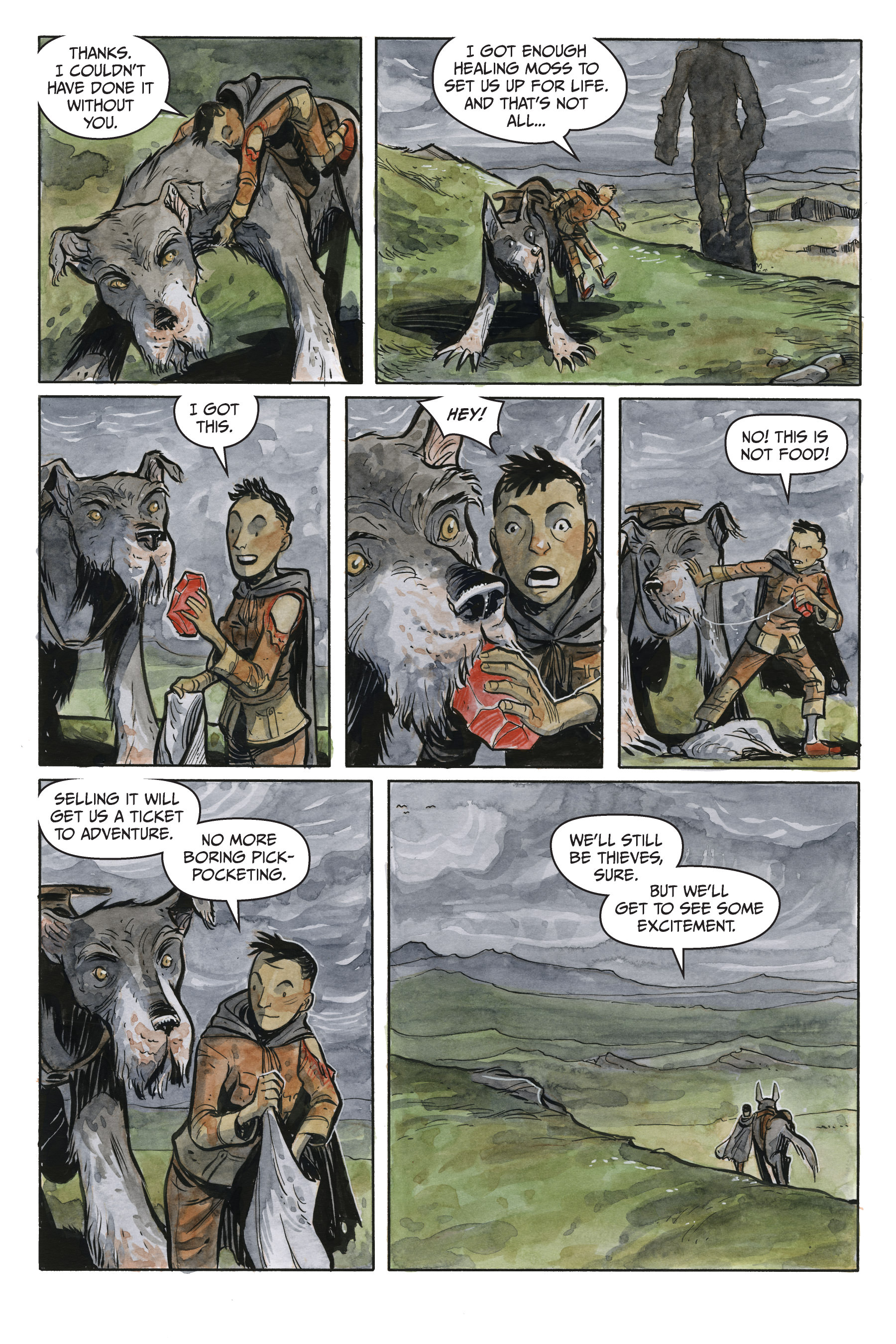 Announced earlier this year at a press conference during Comic-Con International San Diego, The Stone King is part of the comiXology Originals line of exclusive digital content. Starting with the first issue debuting November 14, each subsequent monthly issue will be available to members of Prime Reading, Kindle Unlimited, and comiXology Unlimited at no additional cost, and available for sale on comiXology and Kindle for $2.99. The collected edition will be available via Print-on-Demand exclusively on Amazon.com.