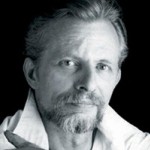 With over 40 years in the commercial art field, Dærick Gröss Sr has worked as an illustrator, instructor, and art director.

As an illustrator in the comic book industry, he has painted, drawn, written and edited comics for Marvel, DC, Image, Malibu, Studio G, Heroic, Revolutionary, Chaos, Innovation, Topps, and numerous other companies. His best-selling work includes the series Anne Rice’s The Vampire Lestat for Innovation (followed by work for Interview with the Vampire, Queen of the Damned, Tale of the Body Thief and The Mummy), Batman: Two-Face for DC Comics, and Bloodwulf for Image Comics. Other work includes Excalibur and other books at Marvel, his creator-owned series Murciélaga She-Bat for Studio G and Heroic, Brian Lumley’s Necroscope for Malibu, and the best-selling sex book The Guide To Getting It On (now in its 7th Edition). He is also the recipient of the Russ Manning Award.

He founded and maintains Studio G as his own commercial art and publishing firm since 1989. Art displayed on this page is merely a small sample of the work he’s produced over the years for many clients in many industries.