Top 8 Beards in Movies and the Actors Who Wore Them

We’ve also seen some of these beards become trendy just because they looked awesome on the screen.

The beards in the movies are used as part of the narrative to define characters, but sometimes they can be an inspiration to fans.

Check out our top 8 picks and you may just discover your new beard style.

1. The Gandalf – Lord of the Rings 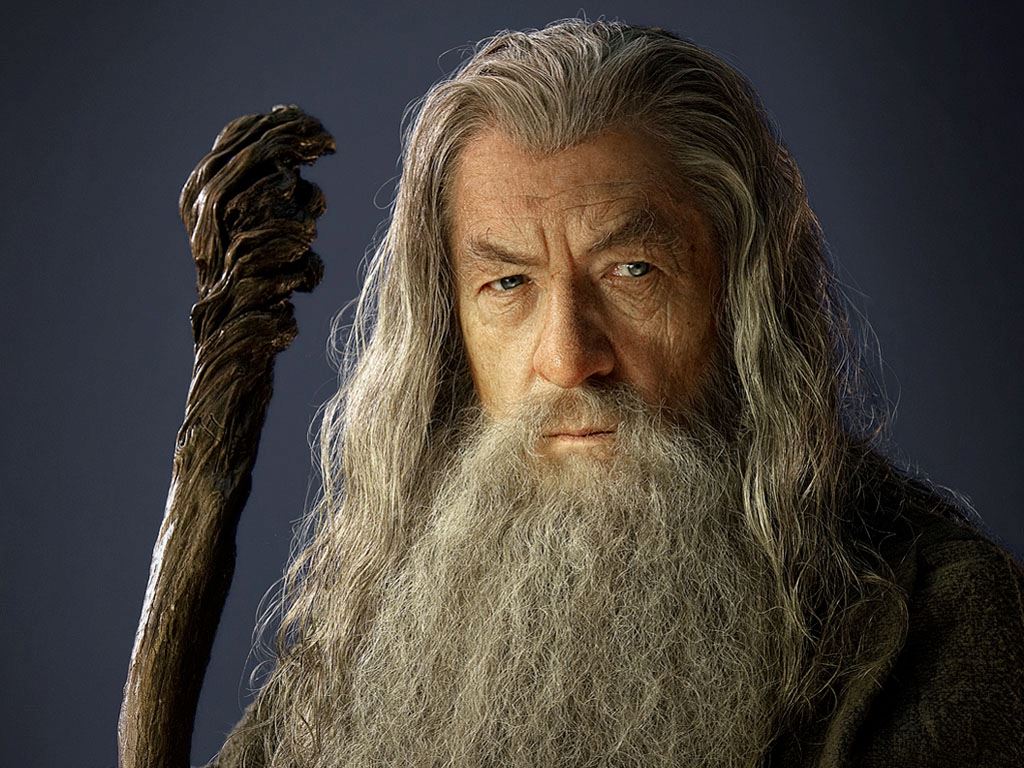 We can’t talk about beards in movies without starting with the famous Gandalf the Grey’s beard.

Ian McKellan played the role of Gandalf in the epic Lord of the Rings trilogy and the follow-up adventure movies called The Hobbit.

He wore an awesome white, strong, and above all long beard that sometimes seemed to go all the way down to his belt. It seams that it needs a lot od beard oil to keep it moisturized and best wooden beard comb to keep it nice and tidy.

McKellan’s beard looked so powerful in certain scenes we thought his wizardry power was being wielded by the beard.

Guess what folks, it wasn’t real. The beard was a stick-on that required McKellan to get a clean shave so it would stay on.

You can attempt to grow this famous beard, but note that it might not happen for you at all. 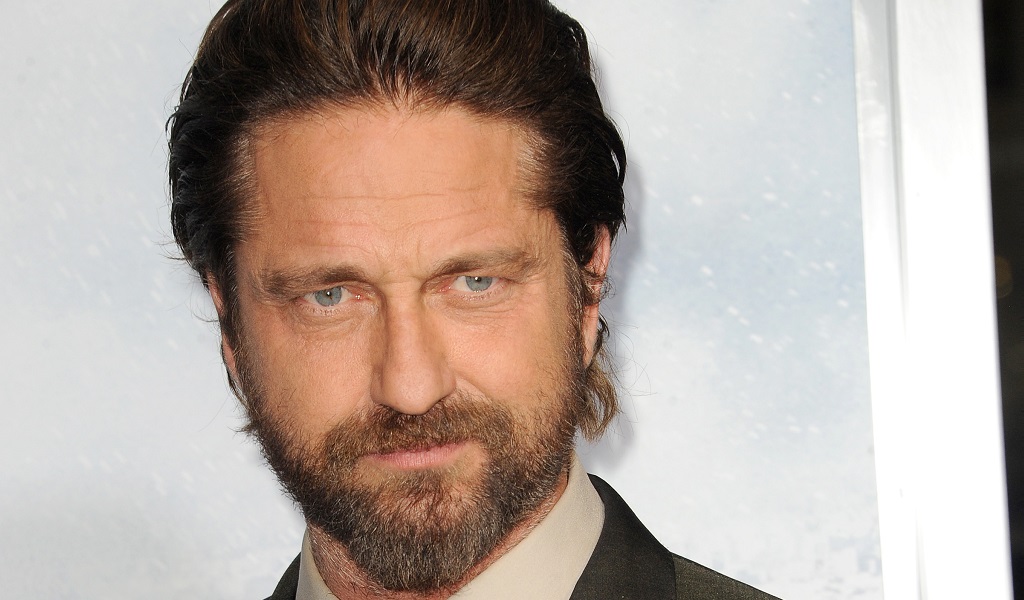 Gerard Butler played the role of King Leonidas in the movie 300. His performance was amazing and the movie itself was a new take on the legendary Spartans that grabbed the attention of fans.

The short boxed beard is a fashionable style for less traditional men and features an undercut style that produces a sharp, boxed look.

To get King Leonidas look, you have to grow your facial hair for about 6 weeks. Then you can cut it down to the length you want and trim it into a boxed beard shape.

You don’t have to do it yourself, get a professional barber to give you the boxed shape if you don’t want to risk it yourself. 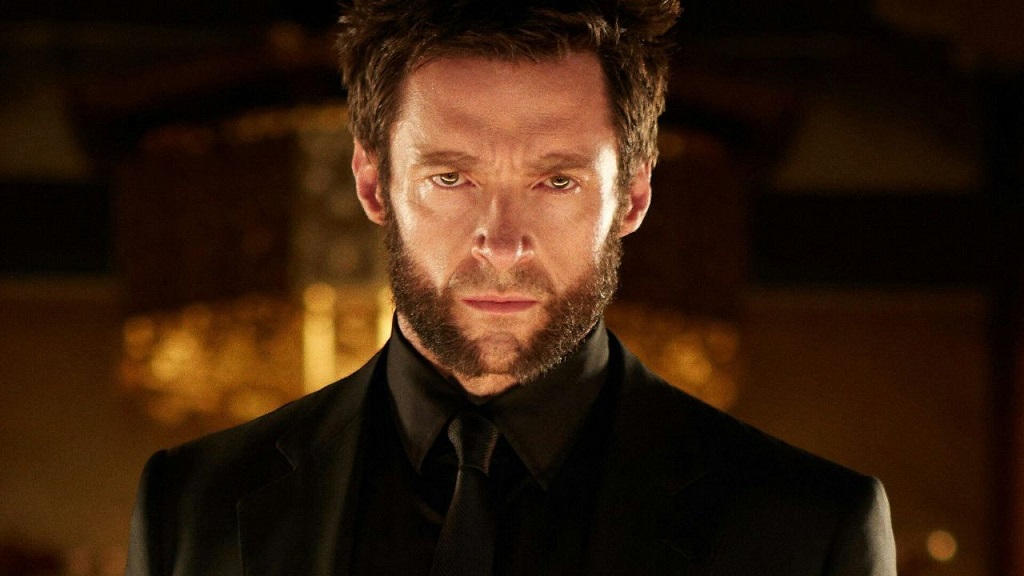 The Wolverine beard style has bloomed in popularity thanks to Hugh Jackman. He wore a variation of the beard style known as mutton chops while delivering an iconic performance as the Wolverine in X-Men.

The scruffy beard look is actually a universally wearable look that anyone can pull off.

This beard allows you to use the sideburns the best way possible and is a combination of mutton chops and a full beard.

You will have to grow your sideburns all the way to the corner of your lips and down to your cheeks. Then shave off the hairs in the front facing chin completely. 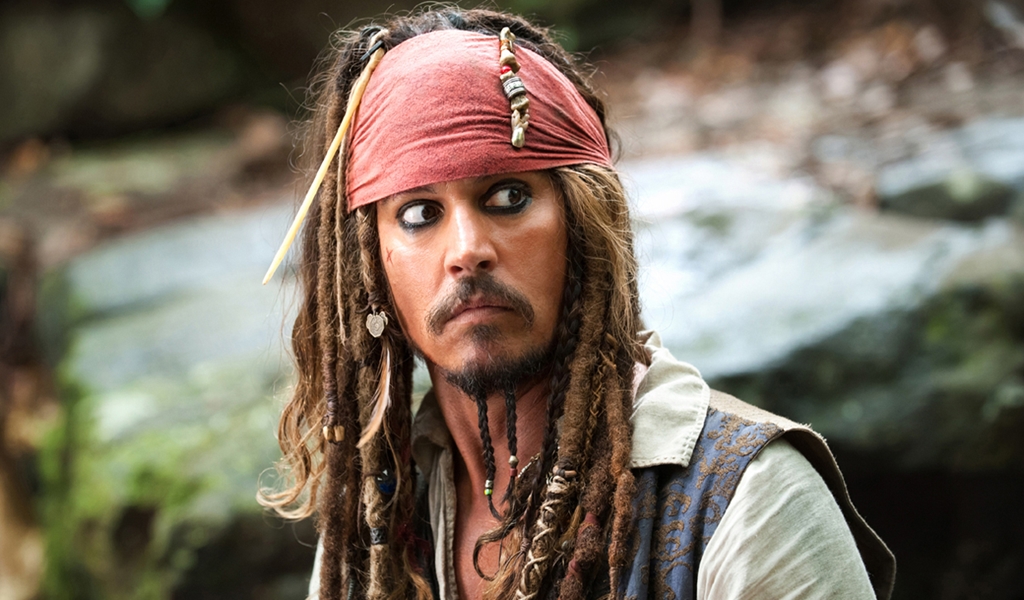 Real or fake? Beard is real. Braids are not.

If you’re familiar with Captain Jack Sparrow, played by Johnny Depp, then you know how much this character gave life to the Pirates of the Caribbean movie franchise.

Pirate fan or not, the Sparrow beard is a crowd-pleaser and an attention-grabber. The beard is a combination of different beard styles all culminating in two long braided beards.

To get the look, the hair on the chin has to be grown longer than the rest of the beard. After that, trim your cheek and neck, leaving the mustache and hairs below the lower lip.

Part the long chin hair in two and braid. Accessorize your beard with any kind of beads you like. You’re done. 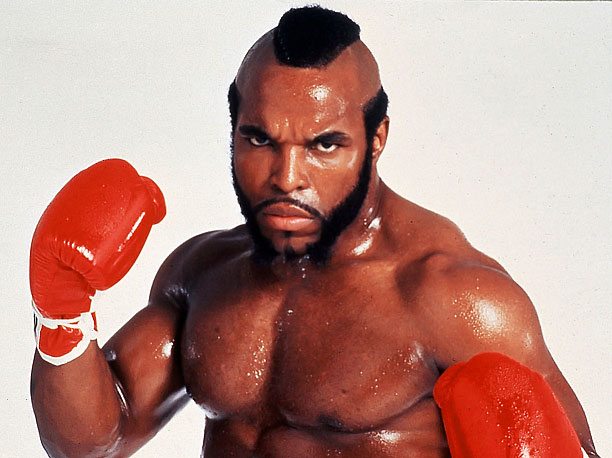 Laurence Tureaud a.k.a. Mr. T wore one of the baddest beards in movies when he played the part of Clubber Lang in Rocky III.

He looked mean and so did his beard. But alas, he was defeated by Sylvester Stallone’s Rocky character.

His beard is a mutton chop with one huge sideburn on each side of his face and joined at the chin.

To get this incredibly badass look, grow your sideburns all the way to the mustache. Completely cut off the chin and under lip hairs to reveal the Clubber Lang mutton chops.

Warning: If you’re a pretty boy, the look won’t work for you. 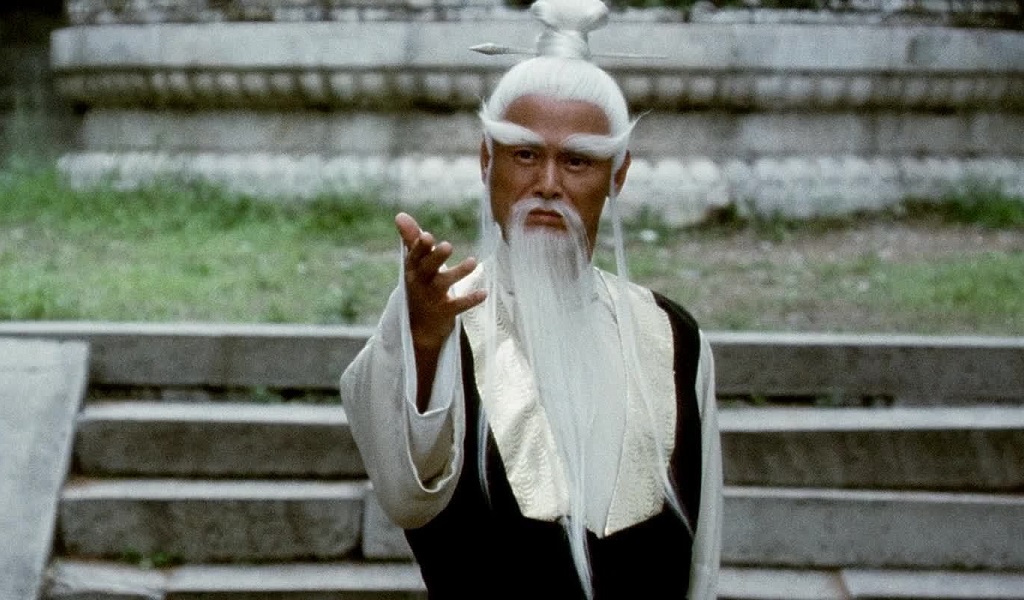 No one really wants to look like Chia Hui Liu in Kill Bill Volume 1 and 2. But heck, if there are takers out there, then you’re in for a thrill.

Check out his Five Point Palm Exploding Heart Technique in the video below.

To be honest, Pai Mei is a show-off. Not only is he a deadly Kung Fu fighter, he’s also wearing an outlandish, long, white beard.

The beard is a classic symbol of a Sensei and the mustache is known as a Fu Manchu mustache.

This straight mustache starts at the corners of the mouth all the way down past the chin.

To wear this beard, you’ll have to grow all the beard on your face, including the sideburns and then trim it accordingly.

But remember, every bit of Pai Mei’s beard used on the Kill Bill set was fake, so go easy on your facial hair and don’t expect it to be perfect. 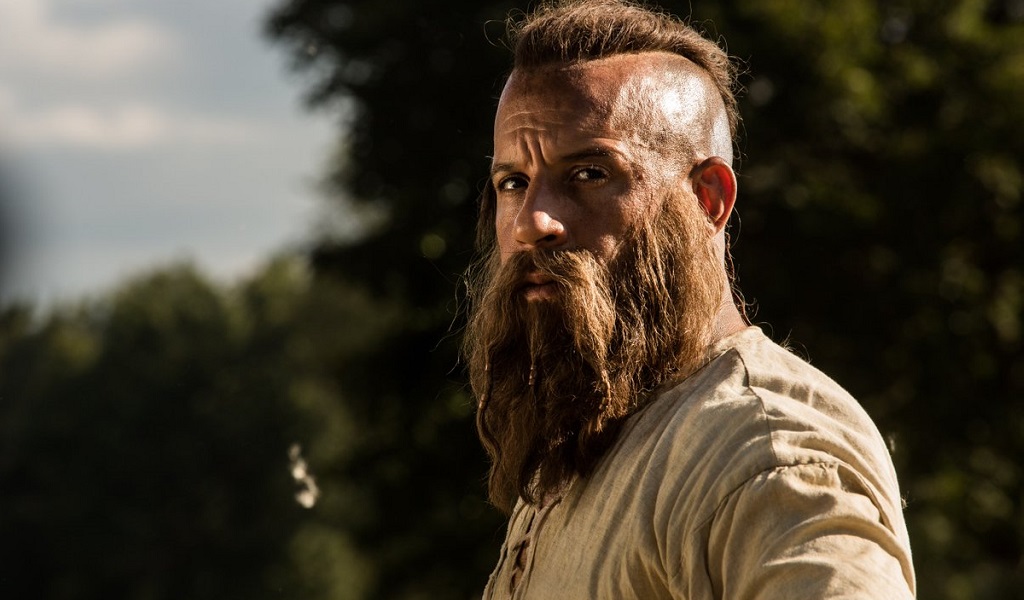 The Last Witch Hunter is as unrestrained as a combination of fantasy and muscle could ever be.

The movie was played to perfection by Vin Diesel and even though it was interesting to see perpetually bald Diesel with hair, his beard was scruffily epic!

Sadly, the beard was only seen in scenes from the past, before Kaulder was cursed to outlive his wife and daughter. In any case, it was a magnificent beard.

The only way to get this look is to grow your facial hair really long, without any trimming or cutting. Just keep growing it and don’t forget to maintain it with products like beard oil. 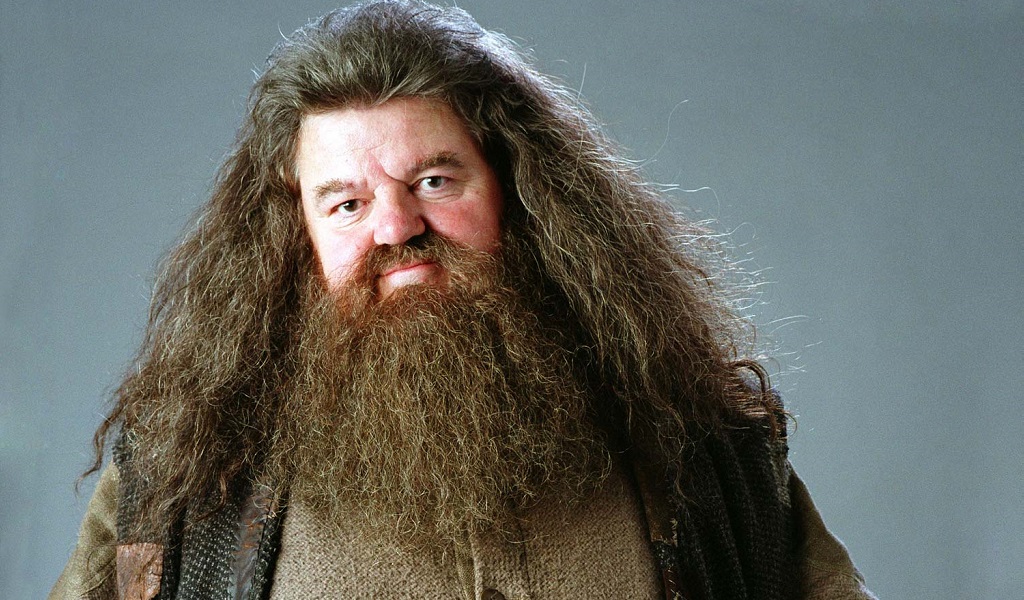 Robby Coltrane is the one who played Hagrid the half-giant in the Harry Potter movies. He wore a wild beard that screamed mountain man and looked like the hairy monster Sweetums from the Muppet Show.

Some people would look down on this beard. However, this isn’t a look you should shun, but rather revere it.

Do you know how much attention and care a beard like this require? A lot of TLC (Tender Love Care).

It’s a work of art, a thing of beauty, a symbol of manliness and most of all, can keep you warm in icy cold weather.

You don’t have to be a mountain man to pull this look off.

Just grow your facial hair and pamper it the way you would a baby. Seriously, if you don’t give this beard a lot of attention you’ll really start to look like a caveman.