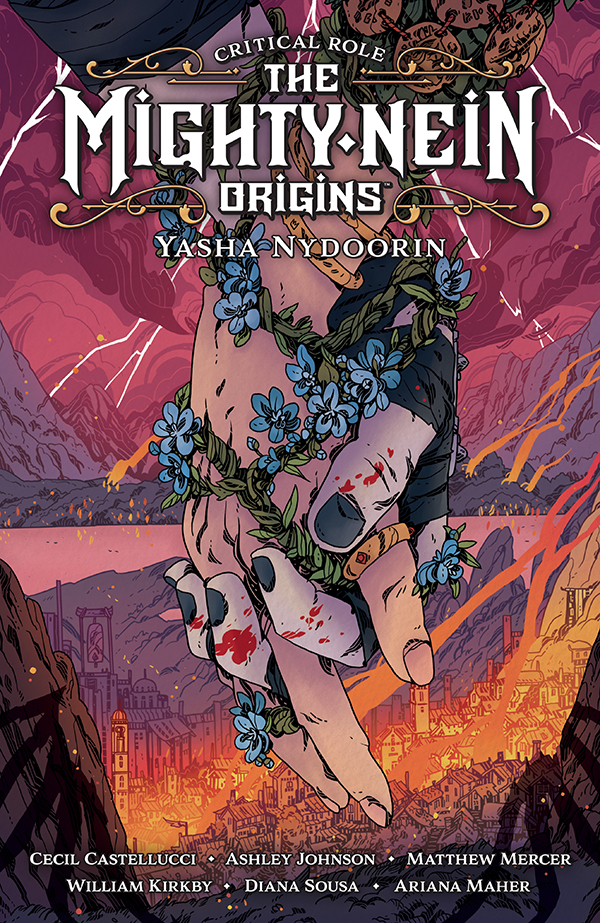 The Mighty Nein from Dark Horse and Critical Role

For Yasha, there has always been a storm on the horizon.

Maybe it formed with her adoption by the Dolorov people in the harsh lands of Xhorhas. Or perhaps when she fell for her first love, Zuala. Or still later, when grief and madness drove her from her village and out into––somewhere else. Maybe, on the other hand, Yasha IS the storm.

Critical Role: The Mighty Nein Origins – Yasha Nydoorin graphic novel will be available everywhere books are sold September 15, 2021. It is available for pre-order on Amazon, Barnes & Noble, and at your local comic shop.

The Critical Role: The Mighty Nein Origins line is presented in hardcover format and volumes will retail for $17.99 each.