SAN DIEGO, CA (July 23, 2022) – With over 840,000 Teenage Mutant Ninja Turtles: The Last Roninissues in print and the newly released hardcover collection currently flying off shelves, IDW in partnership with Paramount Consumer Products is thrilled to announce a follow-up to the popular comic book miniseries and graphic novel collection, Teenage Mutant Ninja Turtles: The Last Ronin–The Lost Years, debuting in November 2022. Written by TMNT co-creator Kevin Eastmanand series veteran Tom Waltz and illustrated by SL Gallant and returning artist Ben Bishop, Lost Years digs deeper into the world of the Ronin-verse, adding breadth and scope to one of TMNT’s most ravenously devoured, widely beloved, and critically acclaimed entries of all time. 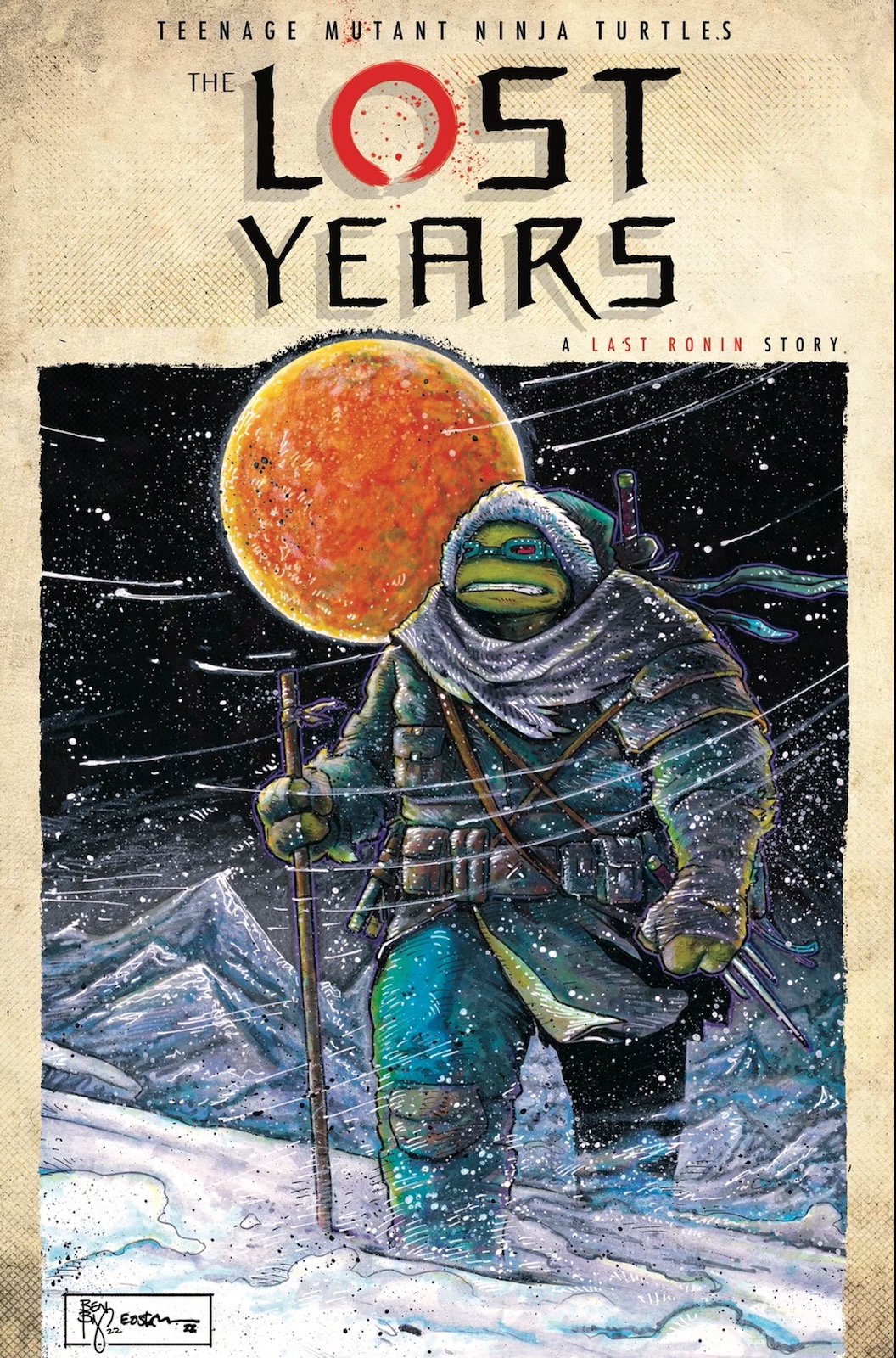 “Continuing to expand on an idea Peter Laird and I had thirty-five years ago with this incredible creative team has been the adventure of a lifetime,” says Eastman. “To continue exploring and telling stories within the Last Ronin universe couldn’t possibly be more exciting for me. I’m so thrilled we get to stay and play here for a while and I can’t wait to share everything we have planned. Buckle up, TMNT fans! We’ve got two turtle universes that are both about to get seriously awesome!”

“When Kevin Eastman and I first began collaborating on TMNT: The Last Ronin, we were building on a very solid foundation,” says Waltz. “We had the basic outline for the story that Kevin and Peter Laird had written back in 1987, which provided a fantastic roadmap for the story we wanted to tell. But as time passed, we began to realize that Last Ronin’s story was so much bigger than we had originally anticipated–past, present, and future. There’s so much more about this world that we still want to share with our fans. TMNT: The Last Ronin–The Lost Years represents the first expansion of what we now fondly call the ‘Ronin-verse.’ It offers our many loyal readers a much more detailed look at the Ronin’s past, as well as sharing a glimpse of an exciting future for the many allies he’s been forced to leave behind.”

“It’s all very top secret at the moment,” Bishop confides, “but I will say this—believe it or not, even more so than in the original Last Ronin series, the stuff I get to draw in Lost Years is an old-school TMNTkid’s wildest dream come true! I’m so excited to get the gang back together again so we can expand even more on this world we’ve been building—not only in Last Ronin, but in the TMNT universe as a whole,” says Bishop.

“Kevin, Tom, and Ben set big expectations with The Last Ronin, but that was only the beginning,” says editor Charles Beacham.“With Lost Years we’re going bigger, digging deeper, and giving fans more of what they didn’t even know they wanted. This is the start of an all-new chapter for TMNT and you won’t want to miss it.”

Teenage Mutant Ninja Turtles: The Last Ronin—The Lost Years #1 will be available in stores with three cover variants for fans and retailers to enjoy, including Cover A by Kevin Eastman and Ben Bishop, Cover B by SL Gallant, and a retailer incentive edition by Mike Deodato.

For information on how to acquire TMNT comics and graphic novels from IDW, please contact your local comic shop or visit www.comicshoplocator.com to find a store near you.