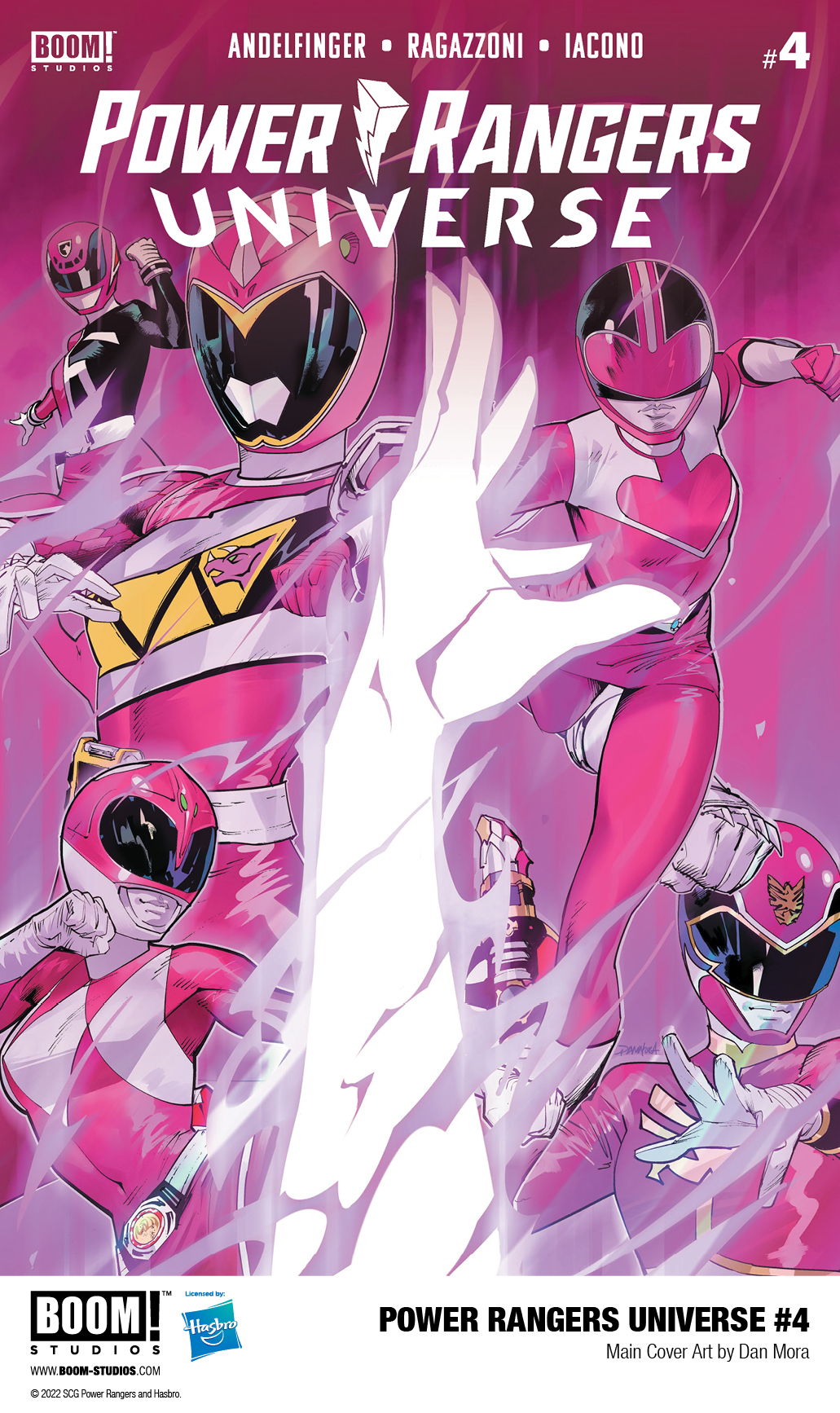 While the teens struggle with burnout from raw Grid Energy, the General offers them and the Morphinaut a deadly choice, even as they threaten to take the last remaining Arch. Will the Morphin Master teens find a way to stabilize their Grid Energy and help the Morphinaut survive the ensuing battle?

Print copies of POWER RANGERS UNIVERSE #4 will be available on March 23, 2022 exclusively at local comic book shops (use comicshoplocator.com to find the one nearest you) or at the BOOM! Studios webstore. Digital copies can be purchased from content providers like comiXology, iBooks, Google Play, and Kindle. 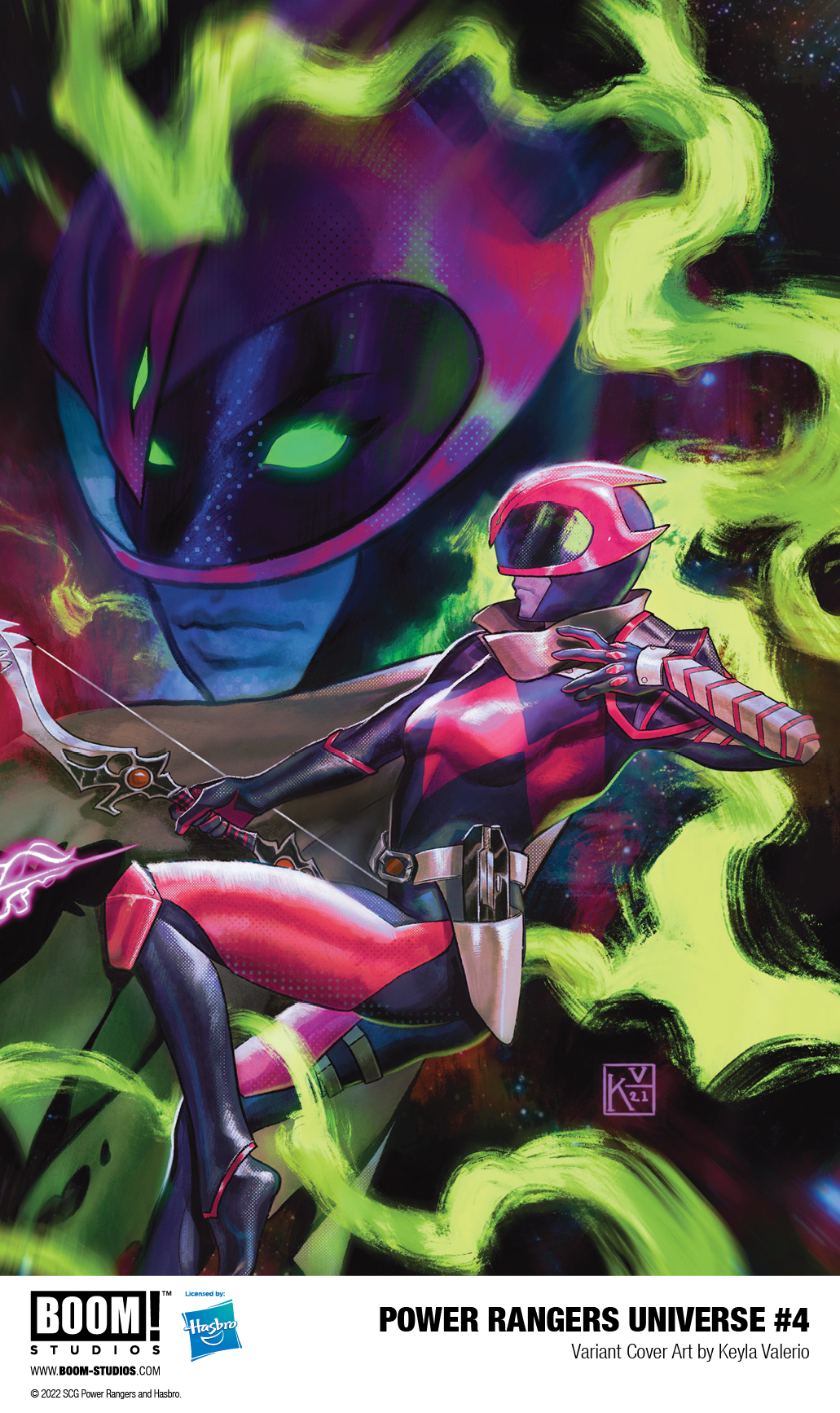 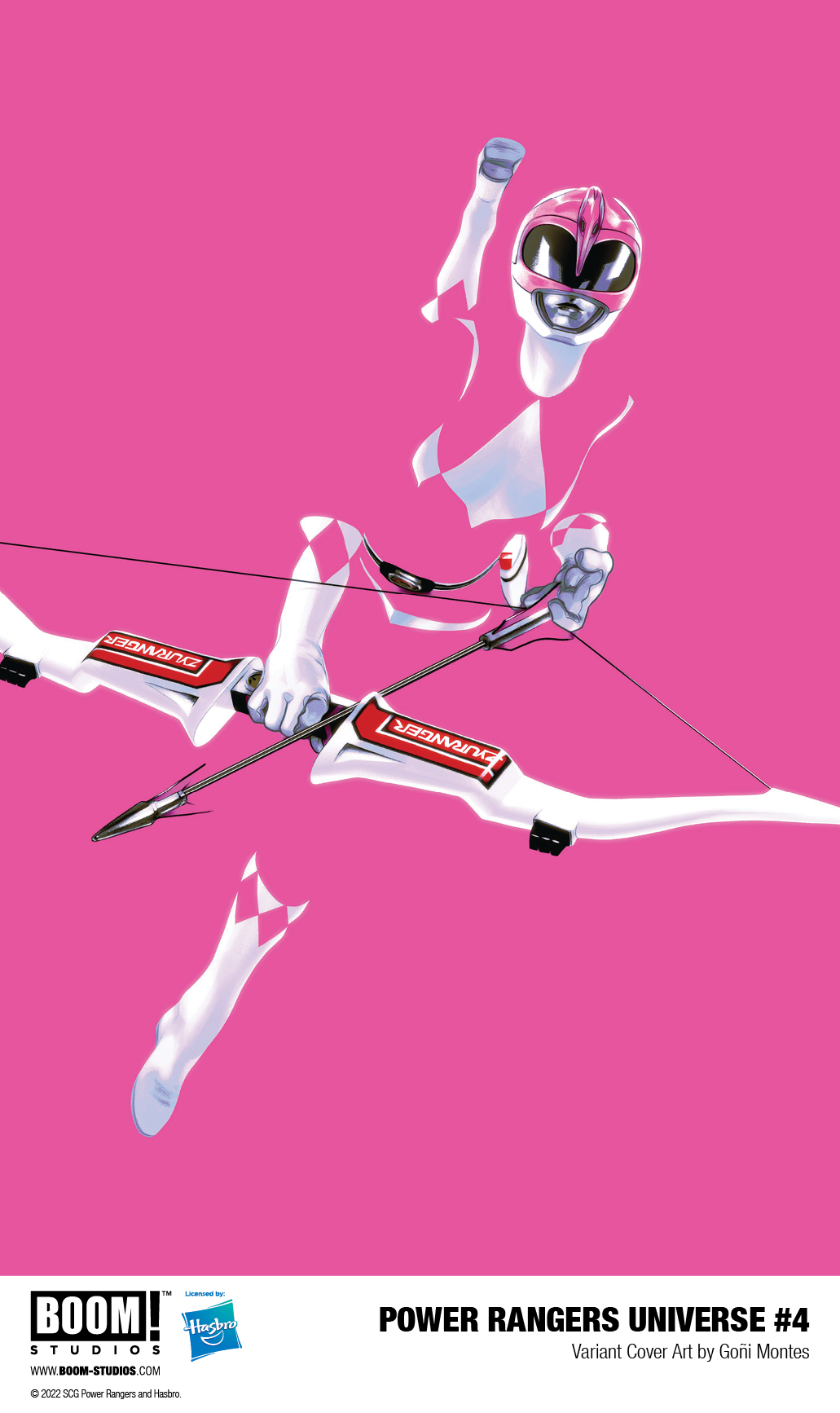 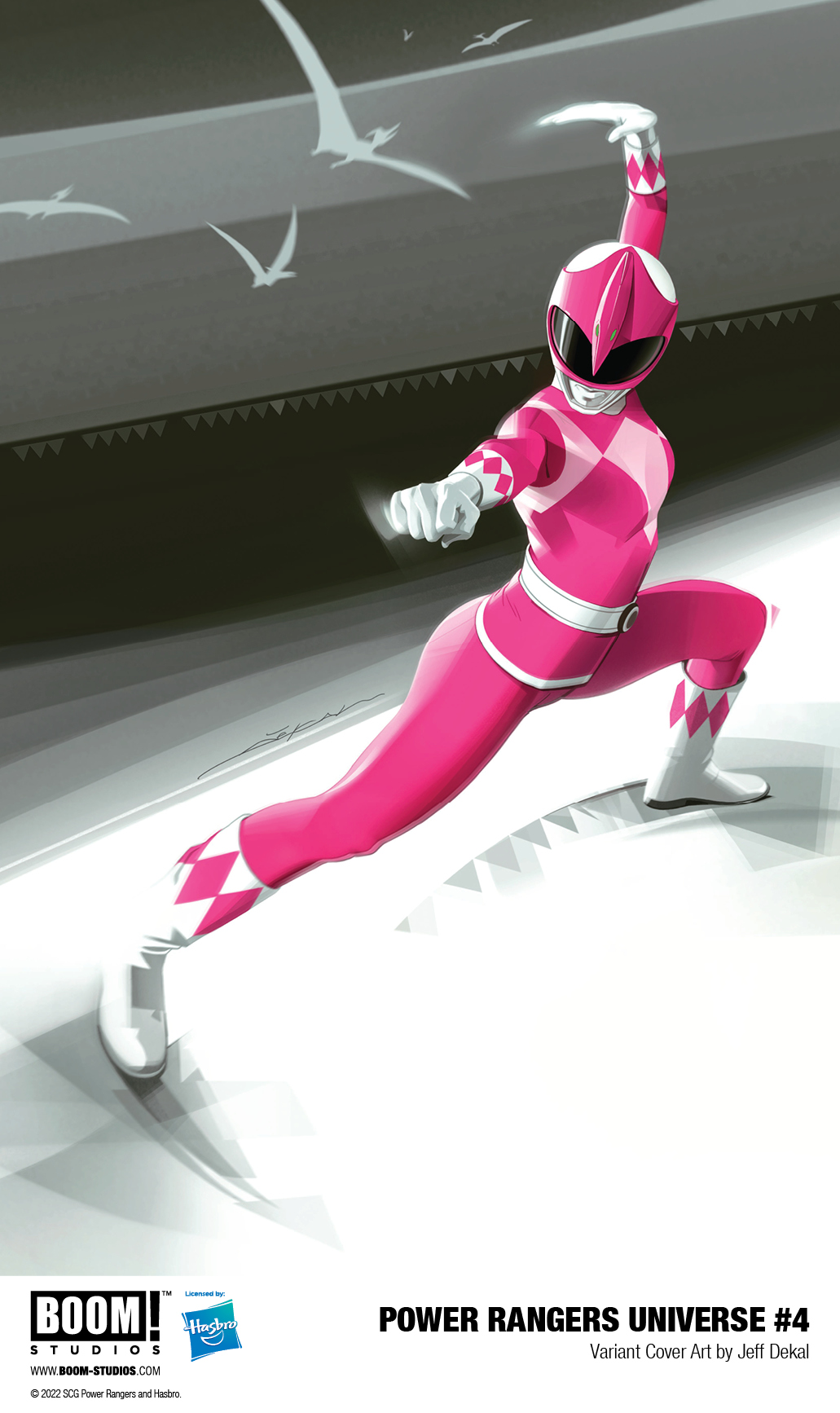 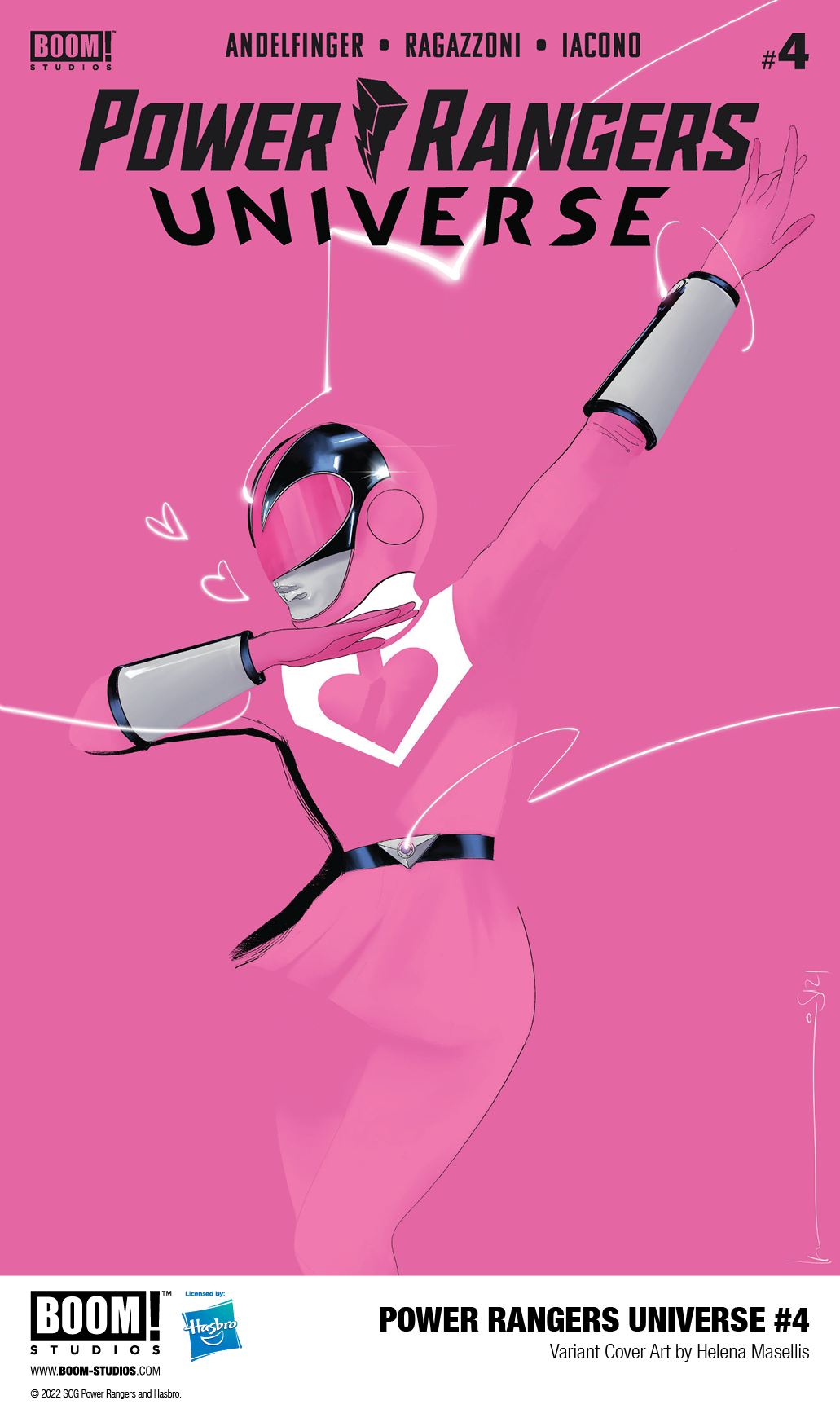 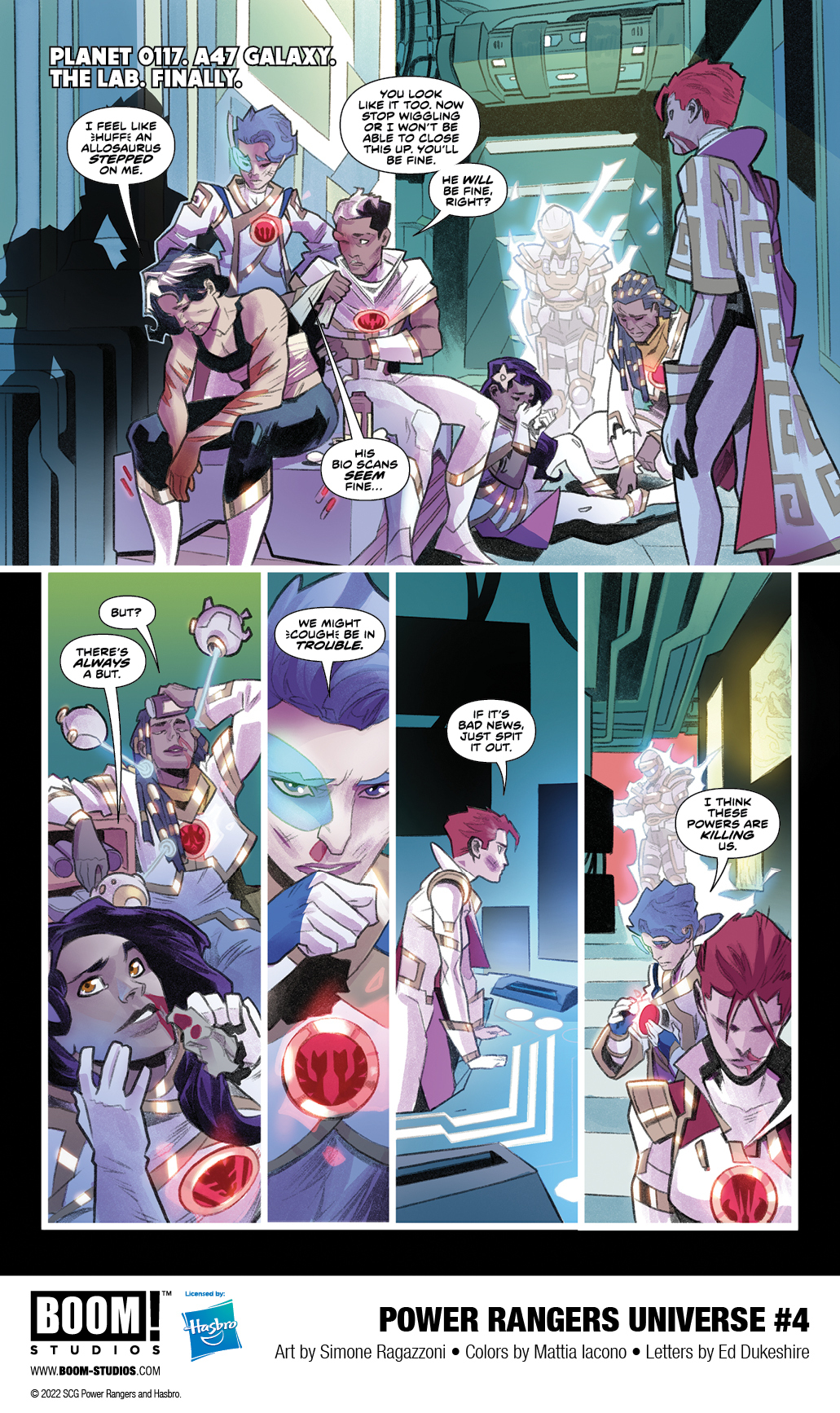 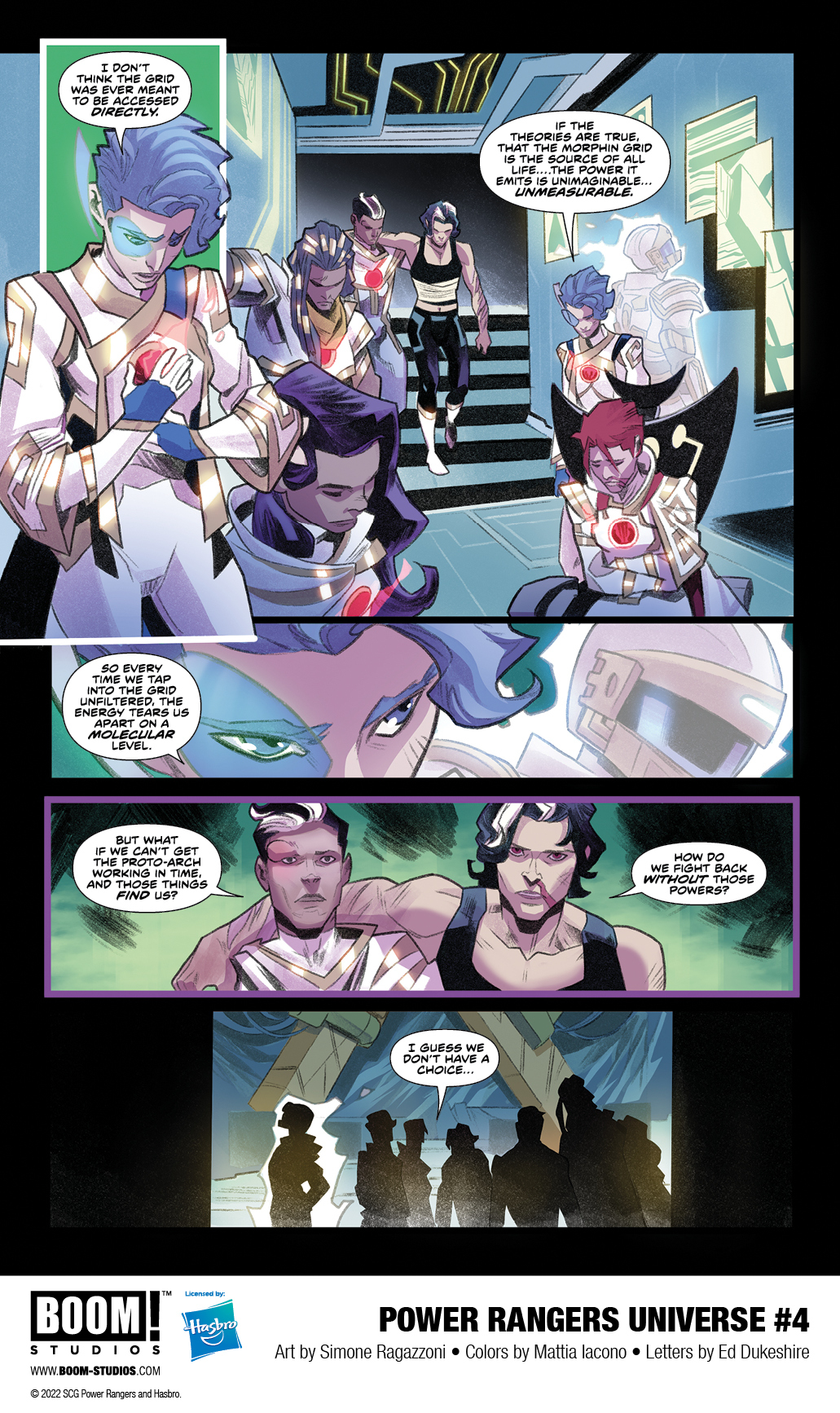 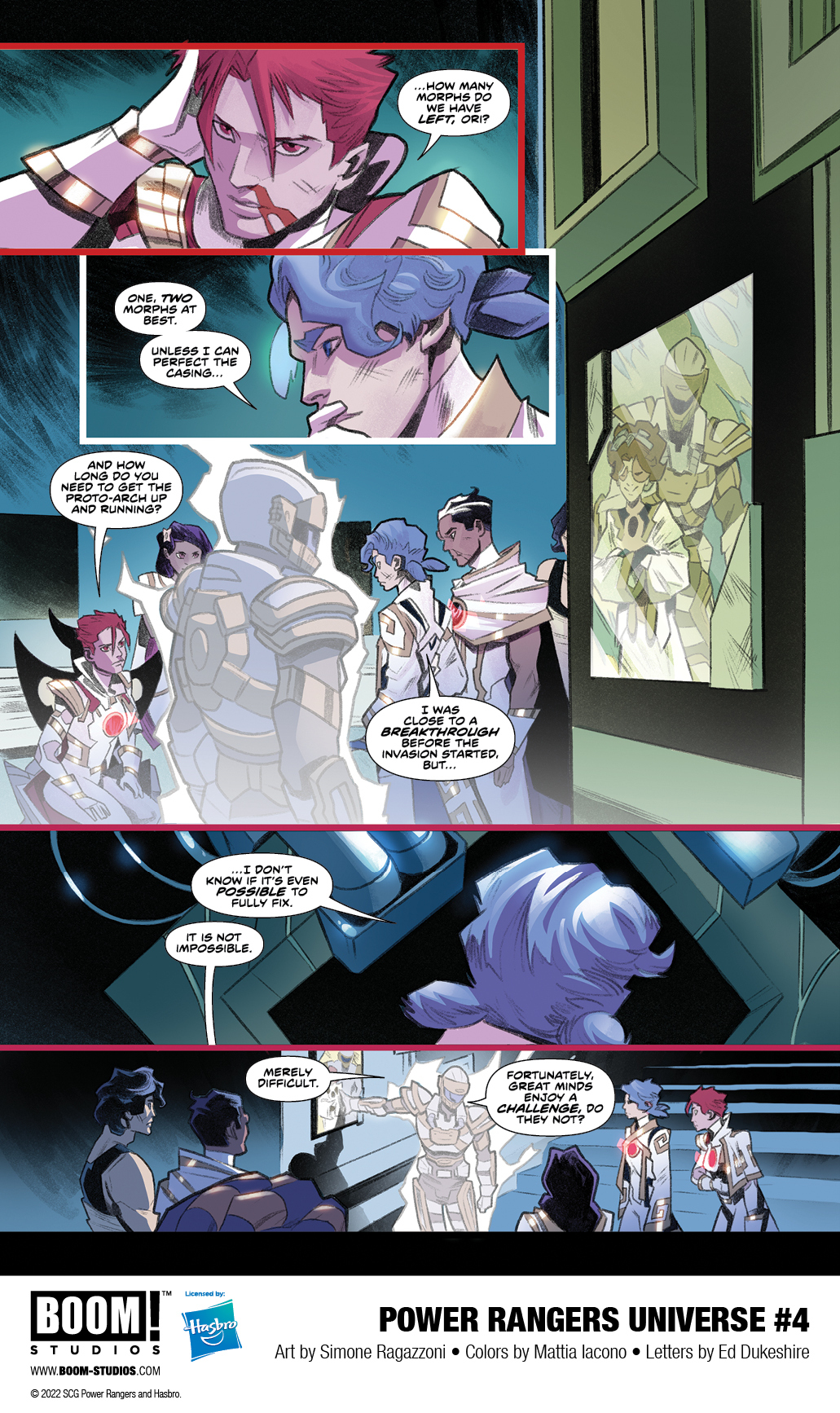 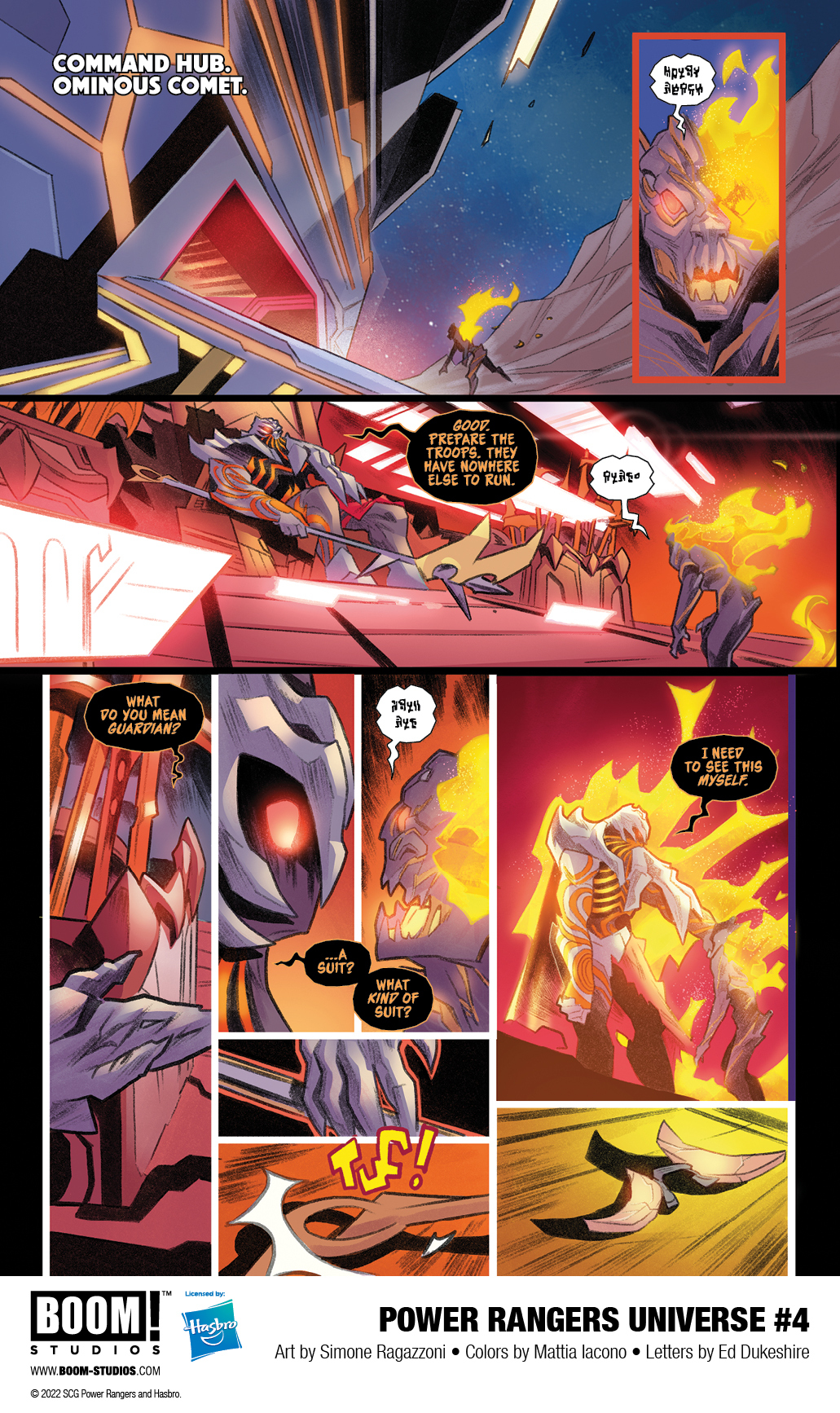 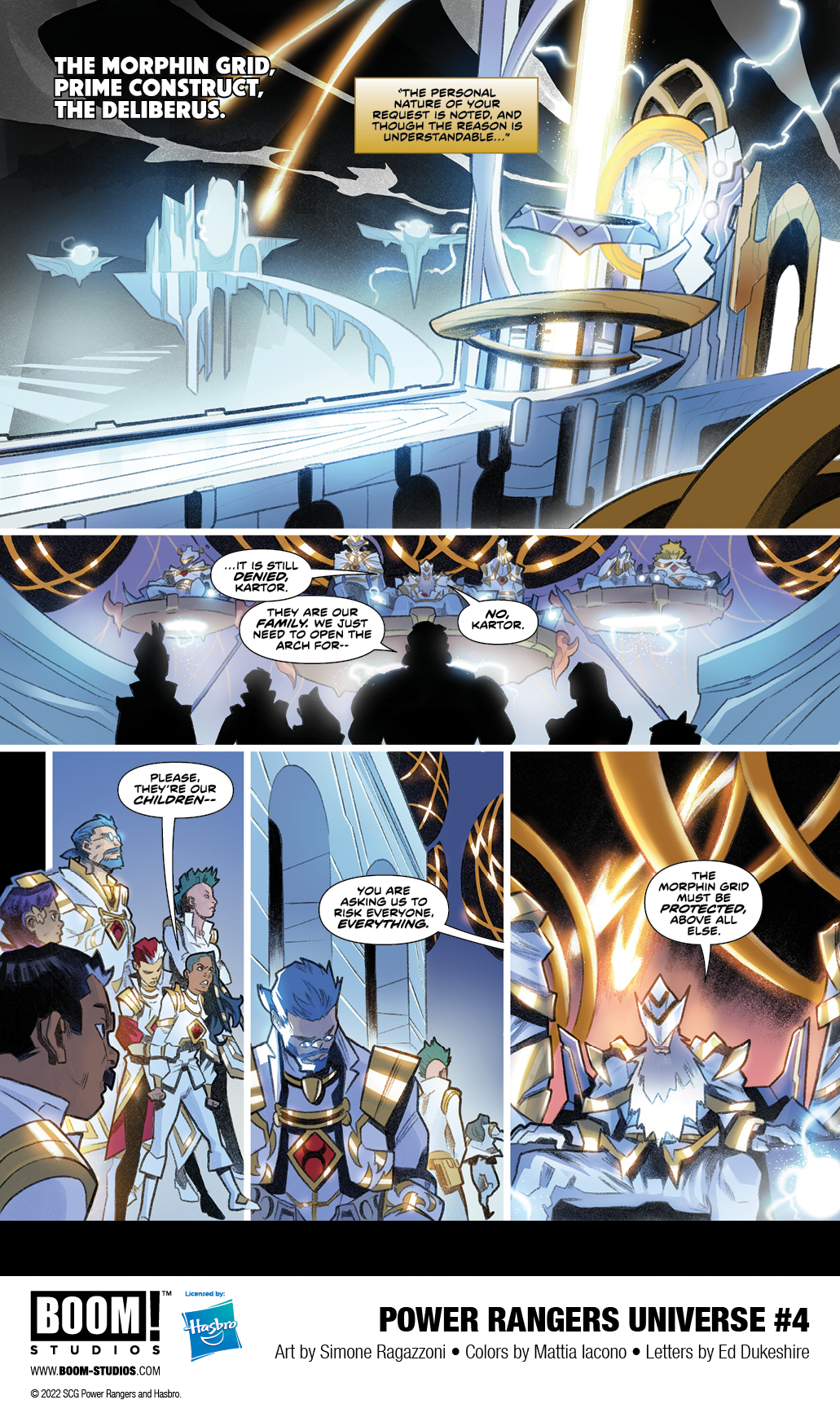