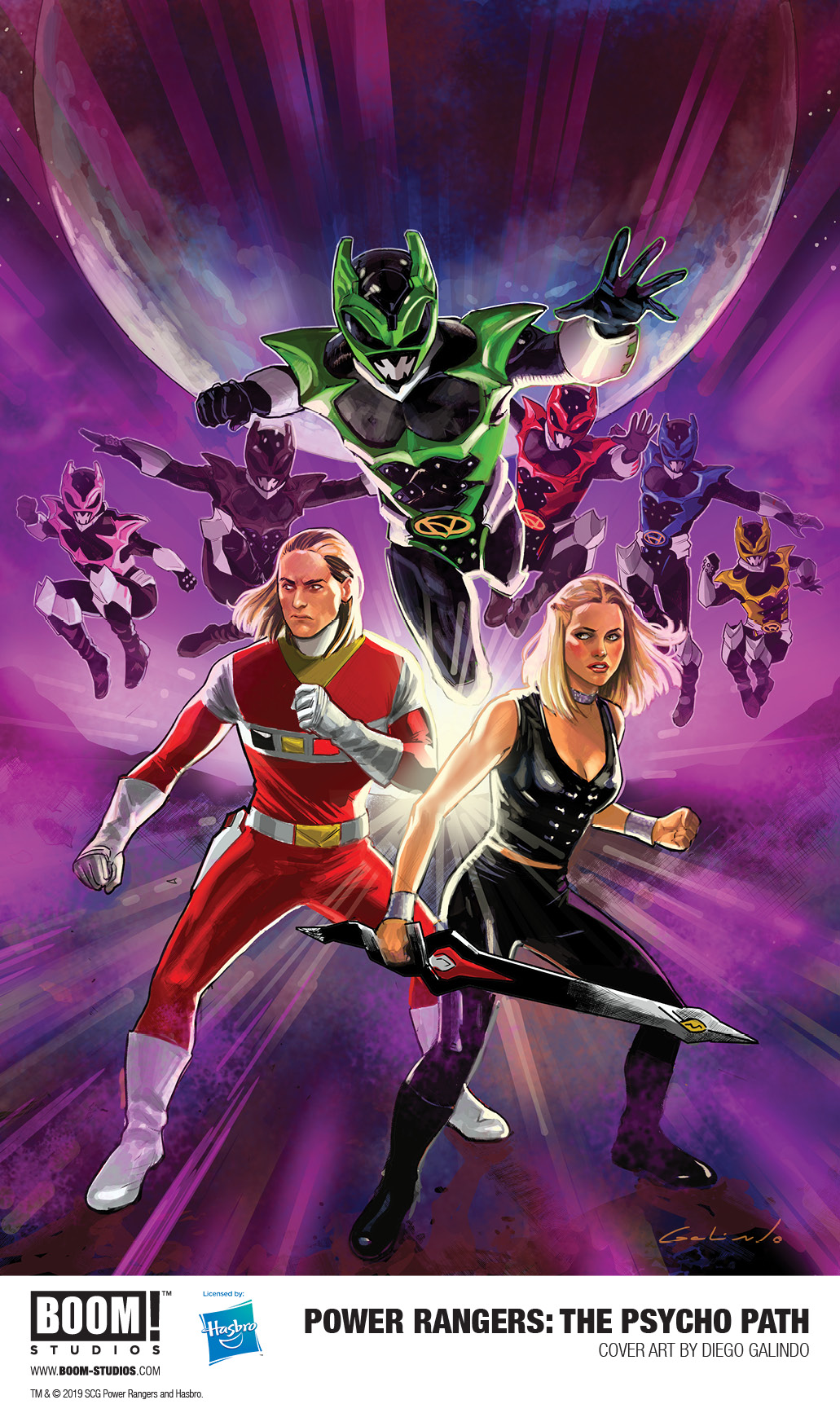 In SABAN’S POWER RANGERS: THE PSYCHO PATH, the struggle between good and evil goes galactic as secret origins are revealed and lives are changed forever in this epic original graphic novel story that delves deep into the origins and motivations of the ultimate adversaries of the Power Rangers, the Psycho Rangers! They’re are faster, stronger, and smarter…but evil. Created by Karone when she was still the evil Astronema, the Psycho Rangers were programmed with overwhelming hate for all things Power Rangers. They were defeated at great personal cost by the Power Rangers, but now someone has brought them back and they are more murderous than ever before.

Who brought these monstrous, twisted Rangers back, and why? And can Karone, the former Lost Galaxy Pink Ranger, and her brother Andros, the Red In Space Ranger, stop the Psychos before they bring the universe to its knees?

Paul Allor is a comic book writer based in Indianapolis, Indiana. He has written for comic book series ranging from Teenage Mutant Ninja Turtles and GI Joe for IDW to Kong of Skull Island for BOOM! Studios. He is also the author of several critically-acclaimed creator-owned books such as Tet, Past the Last Mountain, and Monstro Mechanica. Paul currently teaches comics writing courses through Comics Experience.

“I can not wait for SABAN’S POWER RANGERS: THE PSYCHO PATH to be unleashed upon the unsuspecting populace. The entire team has worked together to create a compelling  and deliciously twisted journey that will surprise and delight Power Rangers fans all along the way.” said writer, Paul Allor. “This book is not what you think it’s going to be. And I suspect you’ll love what it is.”

Giuseppe Cafaro is an Italian comic book artist who has worked in the industry since 2010 to great acclaim. Cafaro has been the artist for titles such as Catwoman, Suicide Squad, and Superman/Wonder Woman for DC Comics, Fathom and Soulfire for Aspen Comics, and Power Rangers: Soul of the Dragon and Firefly: Bad Company for BOOM! Studios.

“Being a part of the Power Rangers family is such a huge honor. I felt the weight of that honor in Power Rangers: Soul of the Dragon, and I can feel it now. I think the Psycho Rangers universe is so powerful and dark; it has been very fun to work on!” said artist, Giuseppe Cafaro.

Currently, Power Rangers is celebrating over 25 continuous years on the air, making it one of the longest running kids live-action series in television history with nearly 900 episodes aired to date. Created by Haim Saban and launched in 1993 with Mighty Morphin Power Rangers, the franchise celebrates its milestone anniversary year with the 26th season, Power Rangers: Beast Morphers currently airing on Nickelodeon in the U.S.

“Everything turns upside down as Karone and Andros are forced to deal with the rise of the Psycho Rangers, causing Karone to struggle with her identity as the dark and power-hungry Astronema and pulling Andros along for the ride as he tries to help his sister.” said Dafna Pleban, Senior Editor, BOOM! Studios. “Things get dark and dire in space, giving fans a chance to glimpse into the shadows behind the mysterious rebirth of these twisted versions of the original mighty heroes.”

Print copies of SABAN’S POWER RANGERS: THE PSYCHO PATH will be available on October 9, 2019 at local comic book shops (use comicshoplocator.com to find the nearest one), October 15, 2019 at bookstores, or at the BOOM! Studios webstore. Digital copies can be purchased from content providers like comiXology, iBooks, Google Play, and the BOOM! Studios app.

For continuing news on the SABAN’S POWER RANGERS: THE PSYCHO PATH graphic novel and more from BOOM! Studios, stay tuned to to www.boom-studios.com and follow @boomstudios on Twitter. 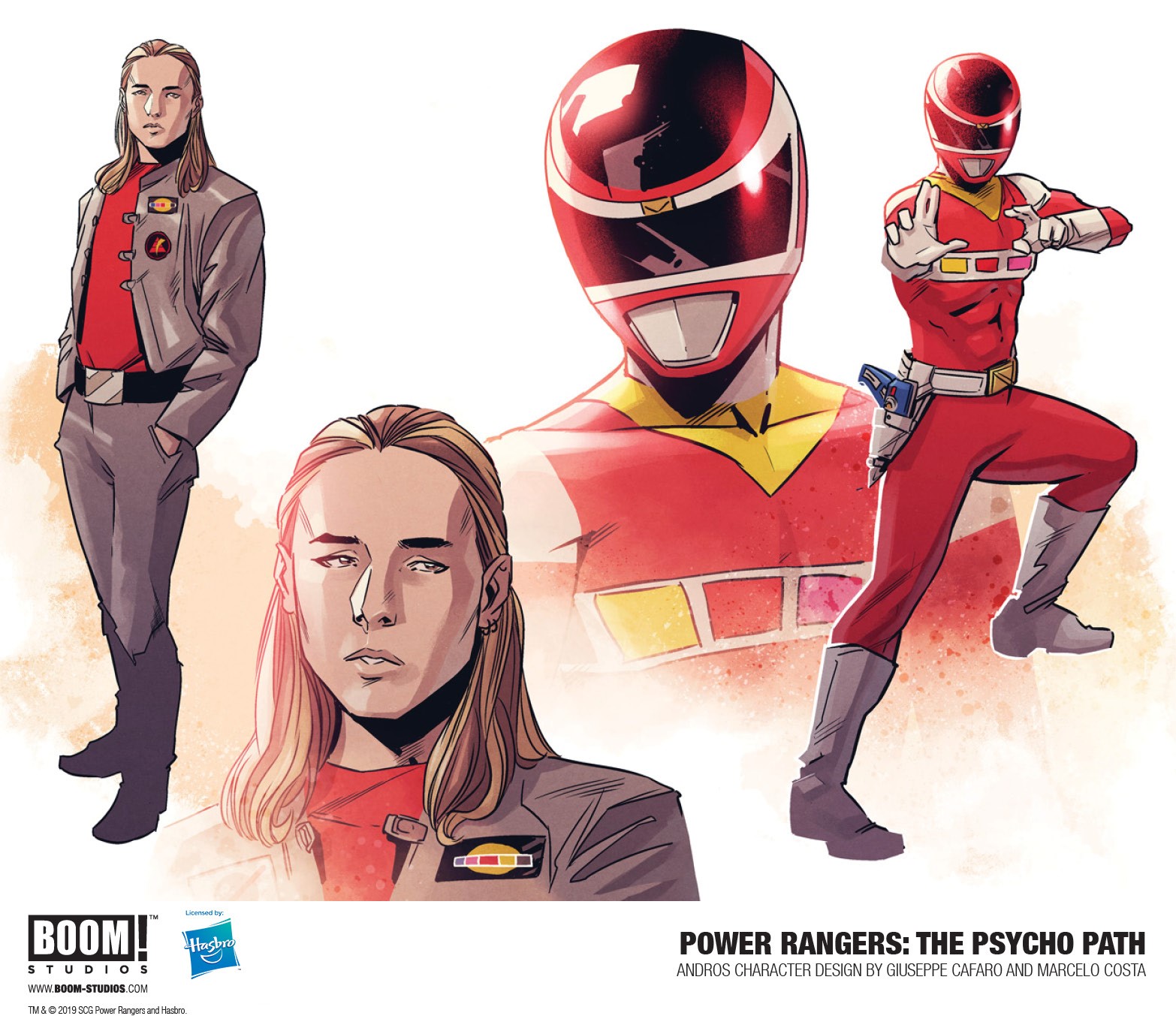 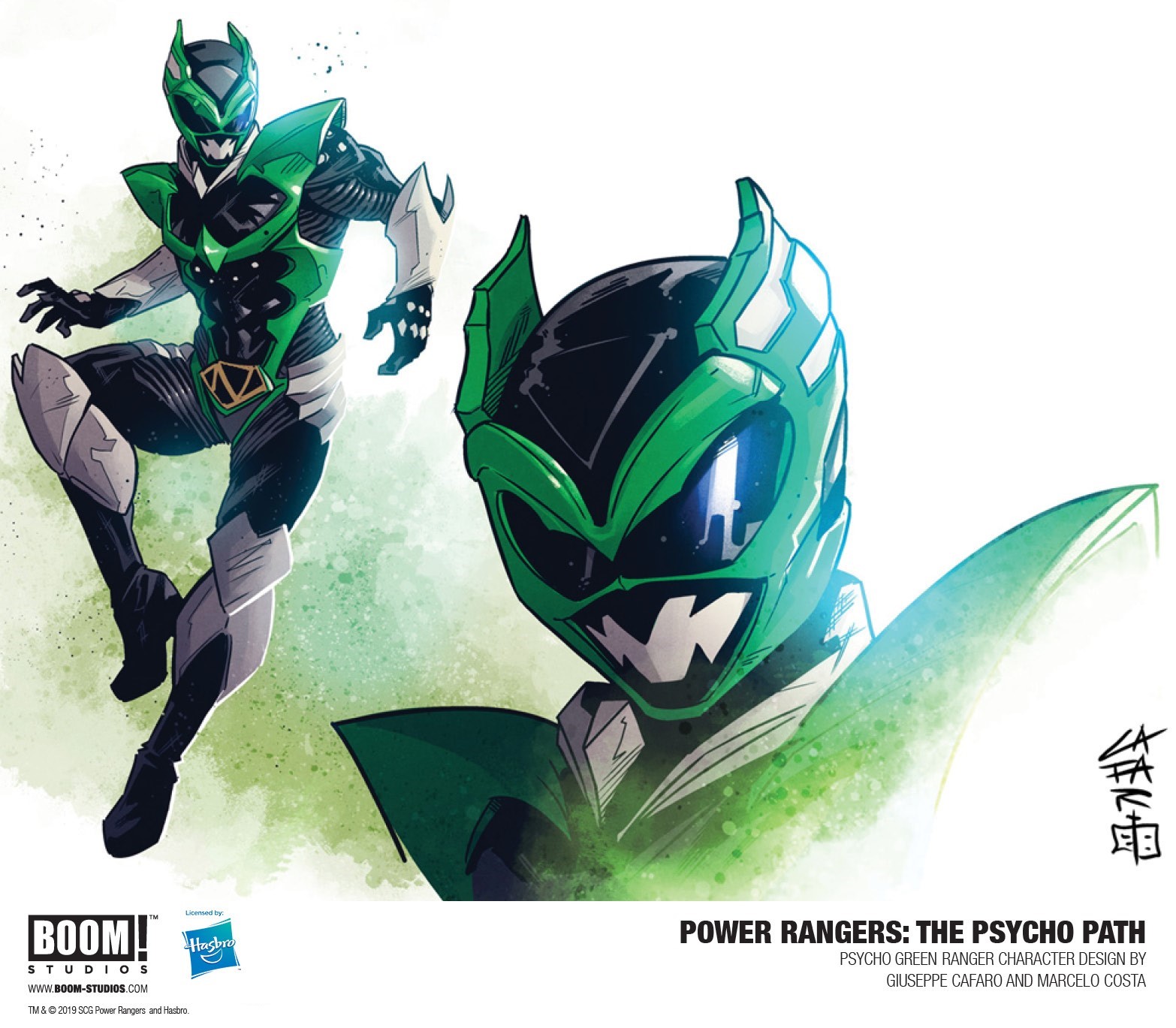 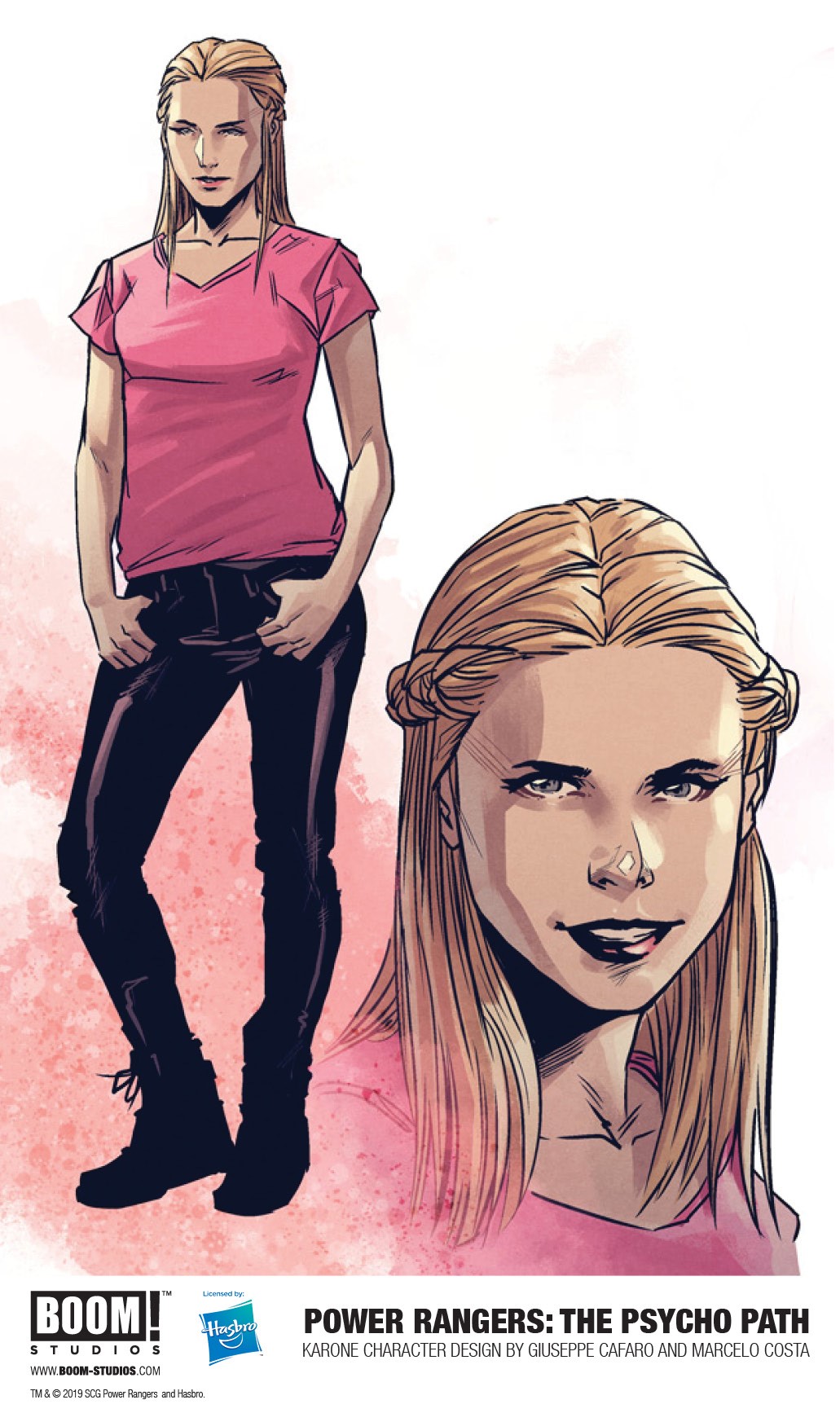 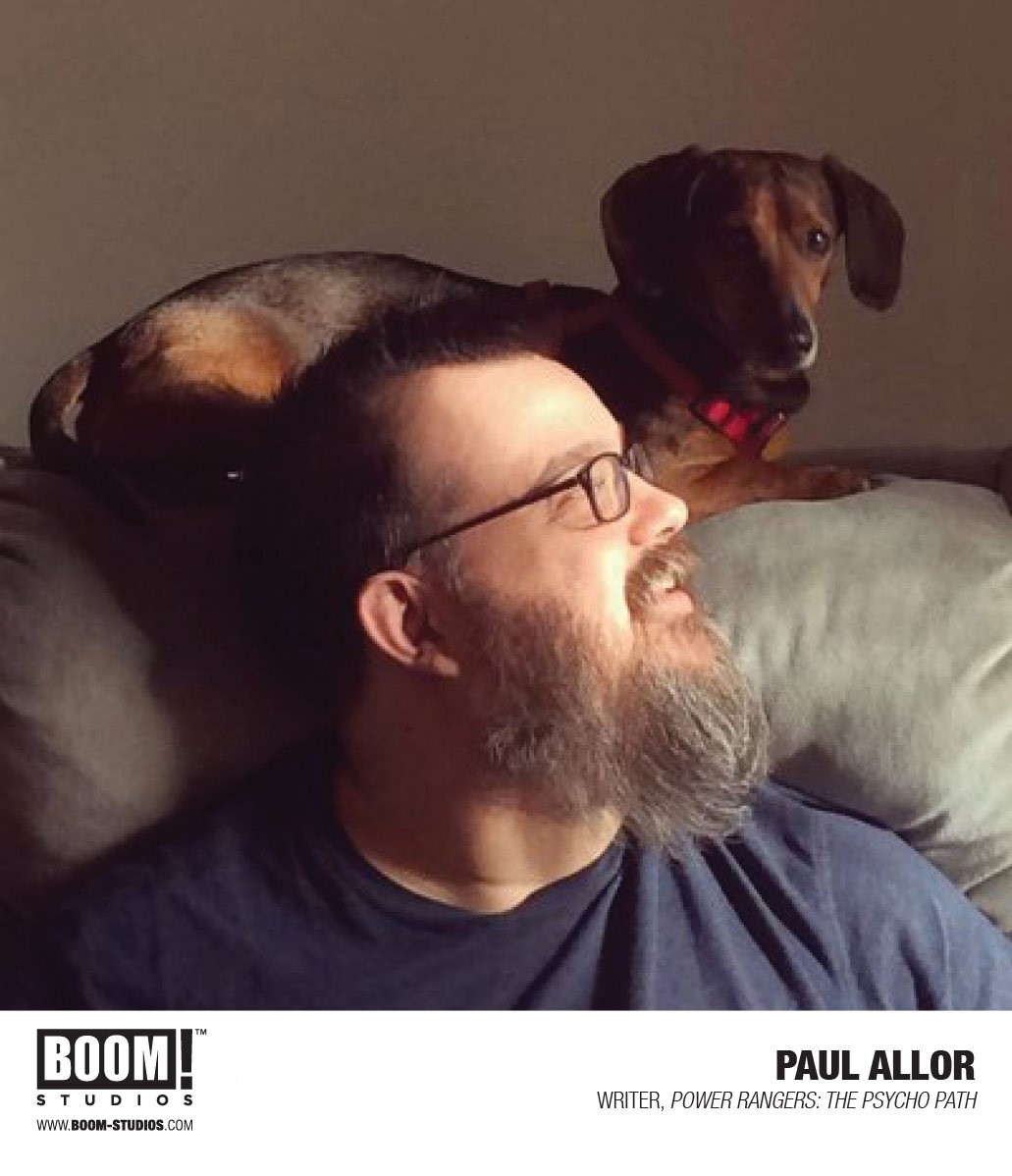 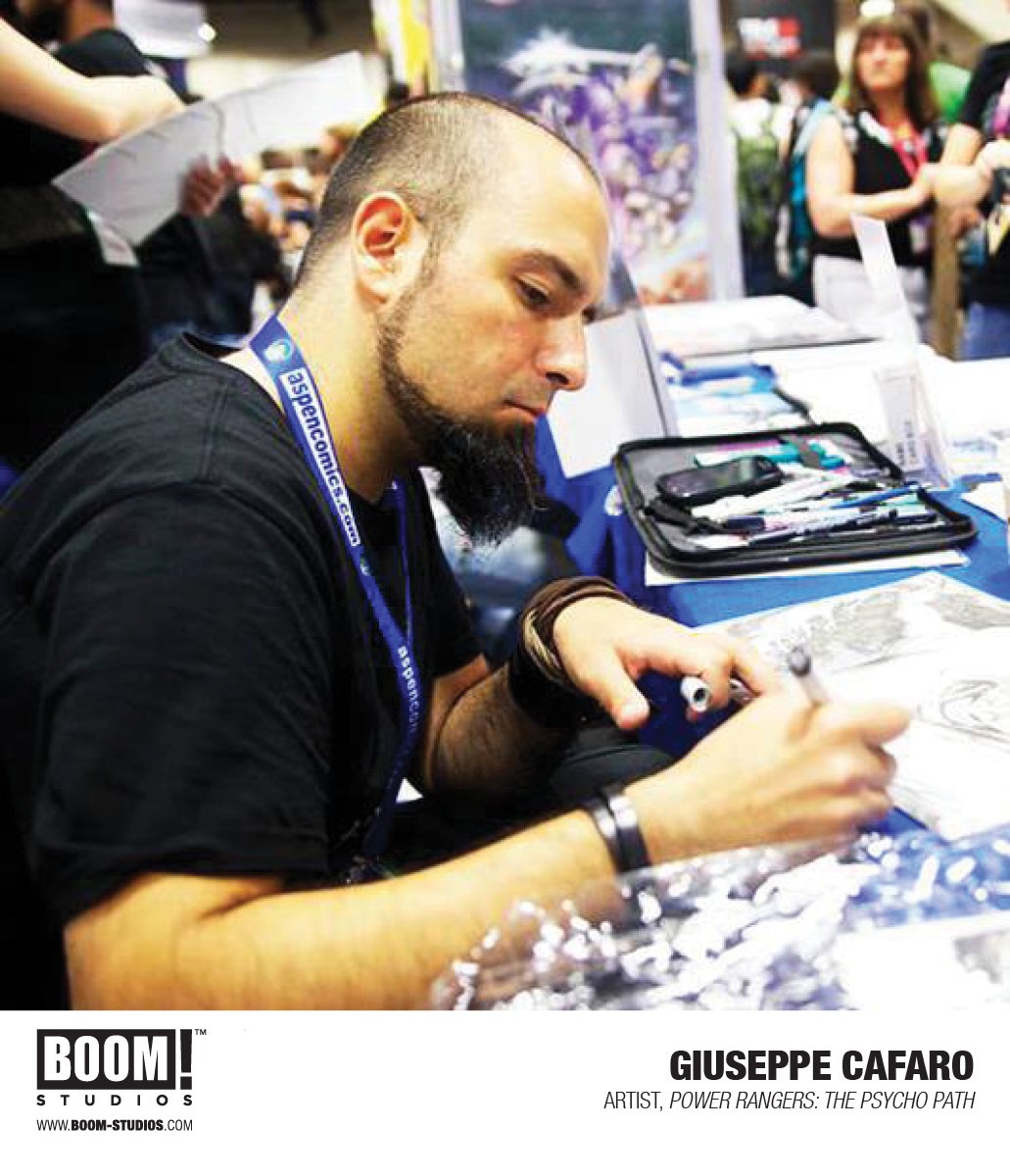