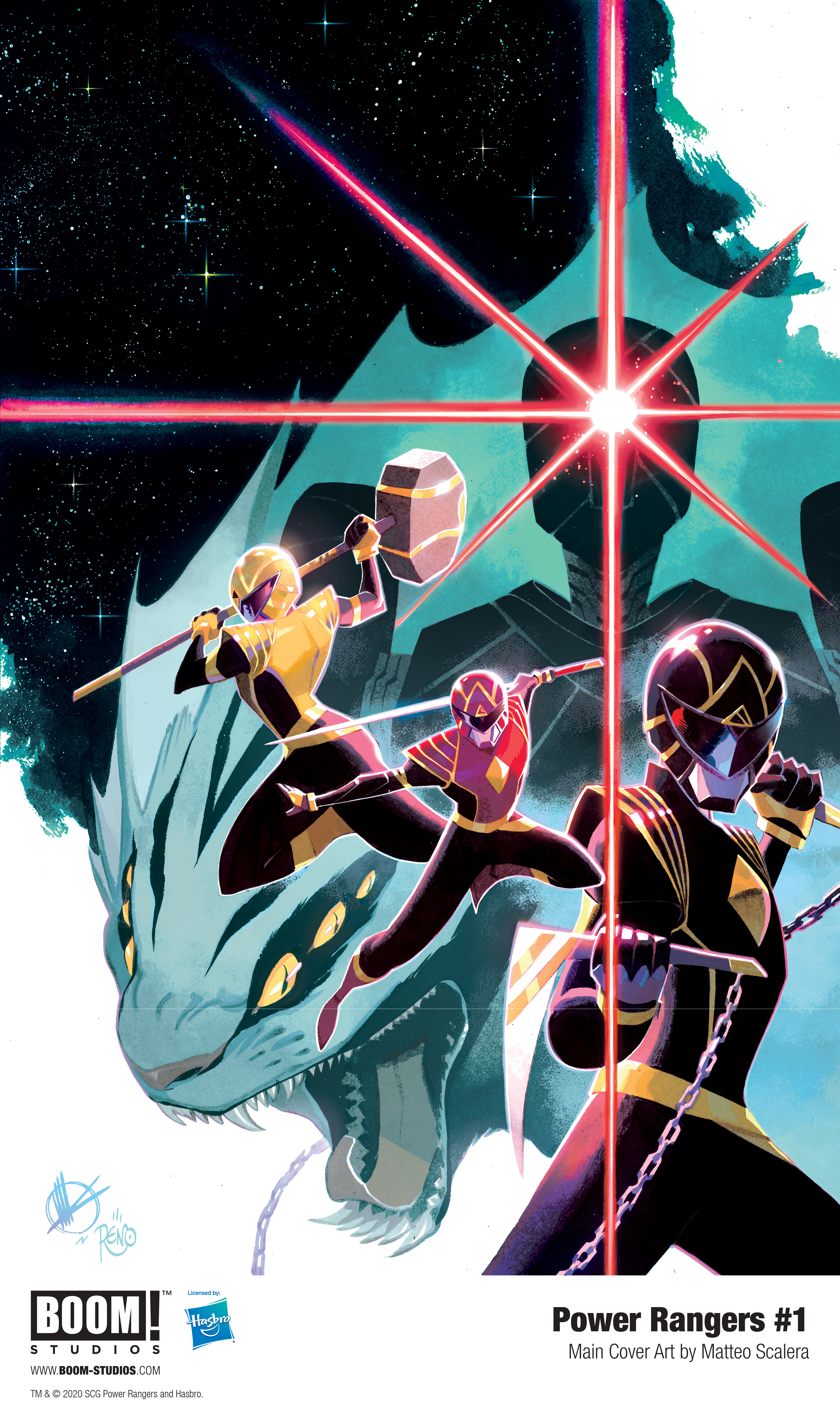 POWER RANGERS #1 reveals a new cosmic threat that only the original Power Rangers, now known as the Omega Rangers – Jason, Trini and Zack – can hope to defeat! But their secret weapon is… the villainous Lord Drakkon?! Zordon forbids the Omega Rangers from contacting Drakkon, so if they want to save the universe then they’ll have to go rogue – and go up against their Mighty Morphin allies.

New York Times bestselling author Ryan Parrott is a comic book and screenwriter based out of Los Angeles. A graduate of Chapman University, Parrott has written for television series NBC’s Revolution and Hulu’s Chance. Parrott is also known for his work on DC Comics’ Batman: Gates of Gotham, IDW’s Star Trek comic book series, including Starfleet Academy, Boldly Go, and Manifest Destiny, Dynamite’s Death to the Army of Darkness, and his creator-owned projects Volition, Oberon, and Dead Day with Aftershock Comics. He is currently the writer for Mighty Morphin Power Rangers and Mighty Morphin Power Rangers/Teenage Mutant Ninja Turtles with BOOM! Studios.

“We’ve spent several years building out the Power Rangers comic book universe and continuing the adventures of the Omega Rangers gives us a chance to fully explore it beyond the confines of the show. Not only can we add more heroes and villains but we can also bring in elements from future seasons viewed through the lens of familiar characters,” said Parrott. “It’s very exciting to explore new corners of the Power Rangers universe that fans have always imagined – and also never expected!”

Francesco Mortarino is an Italian cartoonist who graduated from the Comics School of Milano. He started working at Sergio Bonelli Editore on the comic series Nathan Never and made his US comics debut on Jupiter’s Circle for Image Comics, soon working on other projects like Dungeon & Dragons: Evil at Baldur’s Gate for IDW. Mortarino has worked on high profile BOOM! Studios series including Mighty Morphin Power Rangers and Firefly: Bad Company.

“A year and a half ago, I helped illustrate Mighty Morphin’ Power Rangers #33, and now I’m drawing the first issue of the new POWER RANGERS series! I’m very proud to be a part of this new era with Ryan and BOOM! Studios,” said Mortarino. “I know that many readers are waiting to see where the new team’s adventures will take them. As a fan myself, I can’t wait to show everyone exactly what I’ve been working on. It’ll blow your minds!”

“Lord Drakkon is back but will he save the Power Rangers…or does he have a darker plan in mind?” said Dafna Pleban, Senior Editor, BOOM! Studios. “Introducing the Omega Rangers allowed us to reveal a huge piece of Power Rangers history – and POWER RANGERS #1 answer questions you never thought to ask!”

Fans who attend the BOOM! Studios Mighty Morphin/Power Rangers Panel on July 25, 2020 at 1:00 pm PT on the Comic-Con@Home website will get a very special preview of never-before-seen art as well as behind-the-scenes information about the series and what’s in store for readers! More details at www.comic-con.org/.

Print copies of POWER RANGERS #1 are scheduled to be available in November 2020 at local comic book shops (use comicshoplocator.com to find the one nearest you), or at the BOOM! Studios webstore. Digital copies can be purchased from content providers like comiXology, iBooks, Google Play, and Madefire. 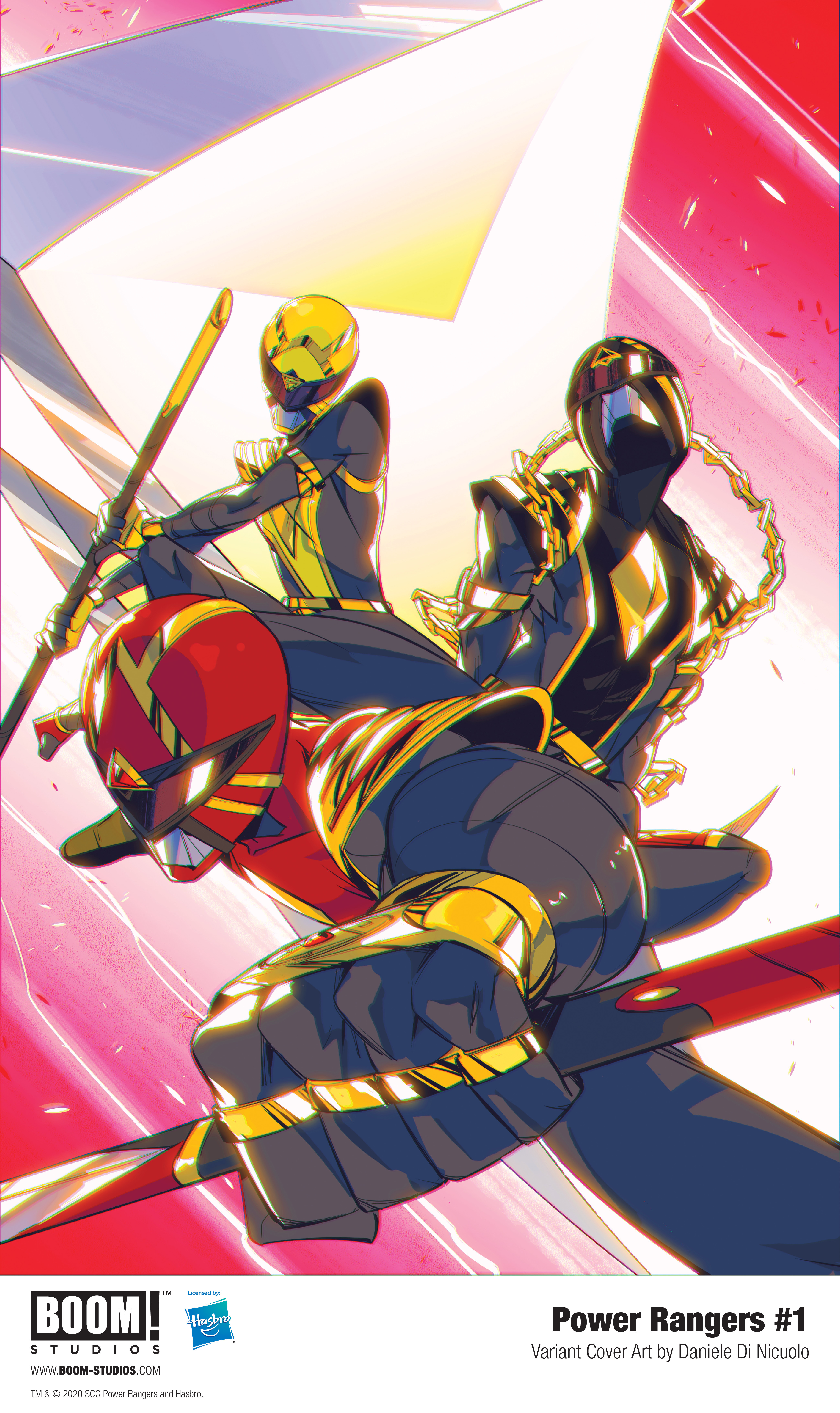 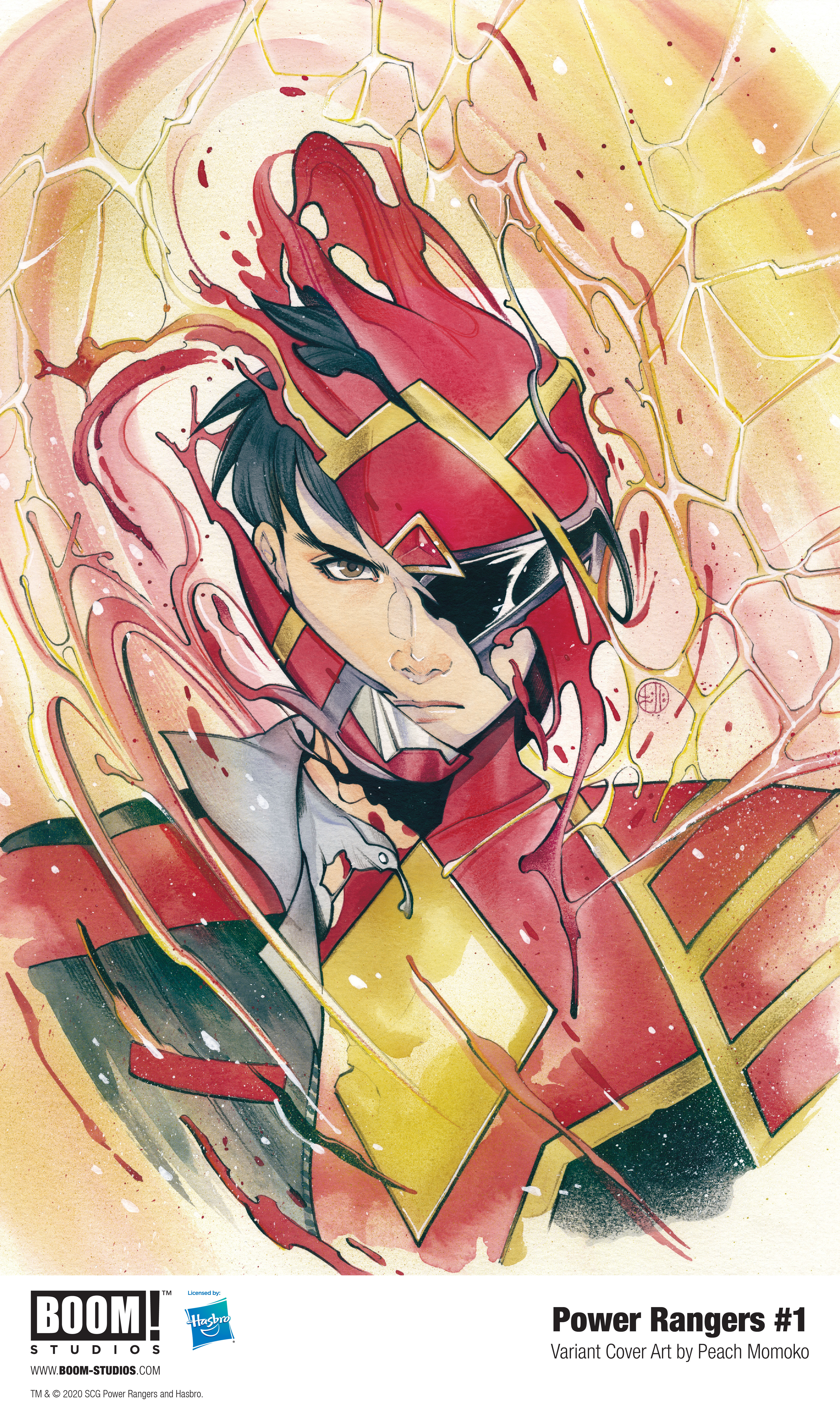