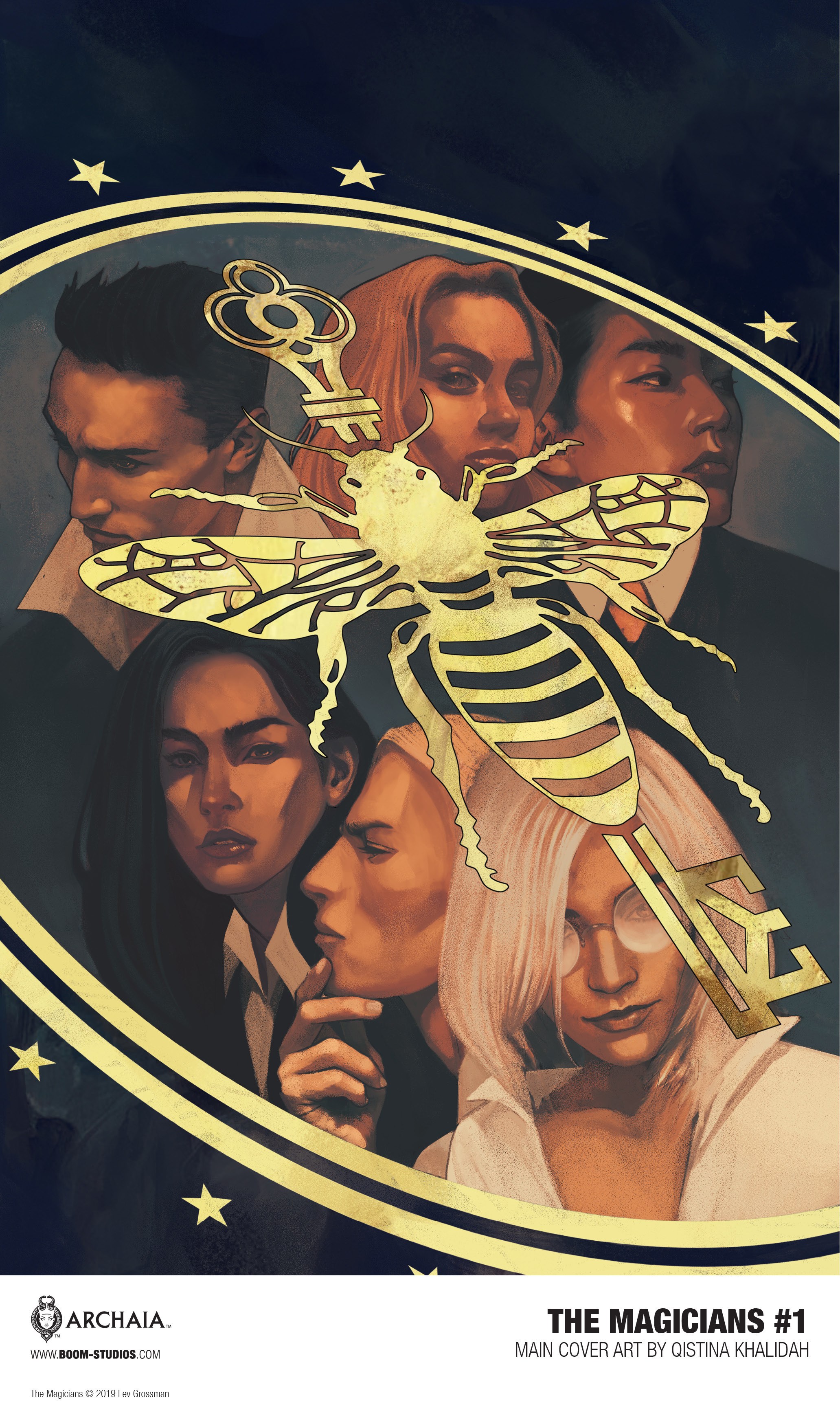 LOS ANGELES, CA (August 15, 2019) – BOOM! Studios is proud to announce THE MAGICIANS, an all-new original five-issue series in which New York Times bestselling series creator Lev Grossman returns with an all-new story in the world of The Magicianswith award-winning writer Lilah Sturges (The Magicians: Alice’s Story) and rising star artist Pius Bak that features the first appearance of the next generation of heroes and villains, available in November 2019.

Long after Quentin and his friends have graduated from Brakebills, Dean Fogg welcomes a historic new group of students to the school – the first ever class of hedge magicians, rogue practitioners of unsanctioned magic, invited to enroll at Brakebills. But the traditional magicians aren’t too thrilled to have the rule-breaking outcasts in their hallowed halls, and tempers flare as the student bodies clash to prove their superiority – not realizing a new danger has emerged to threaten them all. The malevolence behind the threat at Brakebills will rock everyone to their cores – and even shock longtime fans of The Magicians!

The Magicians is an award-winning, New York Times bestselling adult fantasy novel series created by Lev Grossman, which has become a worldwide pop culture phenomenon and inspired a hit television series on Syfy. Originally published in 2009, The Magiciansintroduces readers to Brakebills College for Magical Pedagogy, which boasts a prestigious and dangerously difficult curriculum, famous and infamous alumni, and a record of only… a few deaths per graduating class.

“The Magicians universe is deep and rich and there are so many places and stories that the books just never got to. Lilah and Pius are going to take us there — with me kibitzing over their shoulders — and it’s going to be incredible.” said author Lev Grossman.

Lilah Sturges is the Eisner Award-nominated co-writer of acclaimed Vertigo series Jack of Fables, as well as the writer for well-known series such as House of Mystery, Fables: The Wolf Among Us, and Justice Society of America with DC Comics, and Thor with Marvel Comics. Sturges most recently wrote The Magicians: Alice’s Story original graphic novel, with creator Lev Grossman and artist Pius Bak, as well as the original graphic novelLumberjanes: The Infernal Compass from BOOM! Studios.

“Lev, Pius and I had such an amazing time working on Alice’s Story and it was clear from the start that we were a great team, so it was only natural that we would try to find a way to keep going! There are so many things to say in this world that Lev has created, so many potential stories just waiting to be told.” said writer Lilah Sturges. “Setting THE MAGICIANS at Brakebills gives us the chance to tell all new stories in a familiar setting, with a mixture of existing and new characters, and give readers something that feels very fresh while being unmistakably The Magicians.”

Pius Bak is a comic book artist born and currently living in Lithuania. Mostly self-taught, Bak started his career as a concept artist. He later transitioned to drawing comics, and in 2017, for the first time, his illustrations appeared in the published comic Night Owl Society.Bak has done illustration work for The Magicians: Alice’s Story, Firefly: The Sting, and Adventure Time with BOOM! Studios as well as various other independent comics projects.

“I had a lot of fun drawing The Magicians: Alice’s Story, and seeing all the positive feedback after the launch was really encouraging. So I’m very excited, and I think fans will be, too, about the all-new MAGICIANS series.” said artist Pius Bak. “I had a lot of freedom in designing the characters for this series, and it feels like a big responsibility to make them right, but I also feel very lucky to be able to contribute this much to The Magiciansuniverse.”

THE MAGICIANS #1 features a main cover by acclaimed artist and illustrator Qistina Khalidah (Return to Dark Tower), along with the first in a series of tarot card variant covers by artist Alexa Sharpe (Buffy the Vampire Slayer), featuring a brand new magician as the Hierophant.

THE MAGICIANS is  the newest release from BOOM! Studios’ eponymous imprint, home to critically acclaimed original series, including Once & Future by Kieron Gillen and Dan Mora; Faithless by Brian Azzarello and Maria Llovet; Abbott by Saladin Ahmed and Sami Kivelä; Bury The Lede by Gaby Dunn and Claire Roe; Klaus by Grant Morrison and Dan Mora; and the upcoming Folklords by Matt Kindt and Matt Smith. The imprint also publishes popular licensed properties including Joss Whedon’s Firefly from Greg Pak and Dan McDaid; Buffy The Vampire Slayer from Jordie Bellaire and David Lopez; and Mighty Morphin Power Rangers from Ryan Parrott and Daniele Di Nicuolo.

“We’re very excited to introduce fans and new readers to a story that features some of the most intriguing new additions to The Magicians universe,” said Matthew Levine, Editor, BOOM! Studios. “This new and diverse class of Brakebills students make for an emotionally rich and daring ensemble that will pull you in from page one .”

Print copies of THE MAGICIANS #1 will be available for sale November 6, 2019 exclusively at local comic book shops (use comicshoplocator.com to find the nearest one) or at the BOOM! Studios webstore. Digital copies can be purchased from content providers, including comiXology, iBooks, Google Play, and the BOOM! Studios app.

For continuing news on THE MAGICIANS and more from BOOM! Studios, stay tuned to www.boom-studios.com and follow @boomstudios on Twitter. 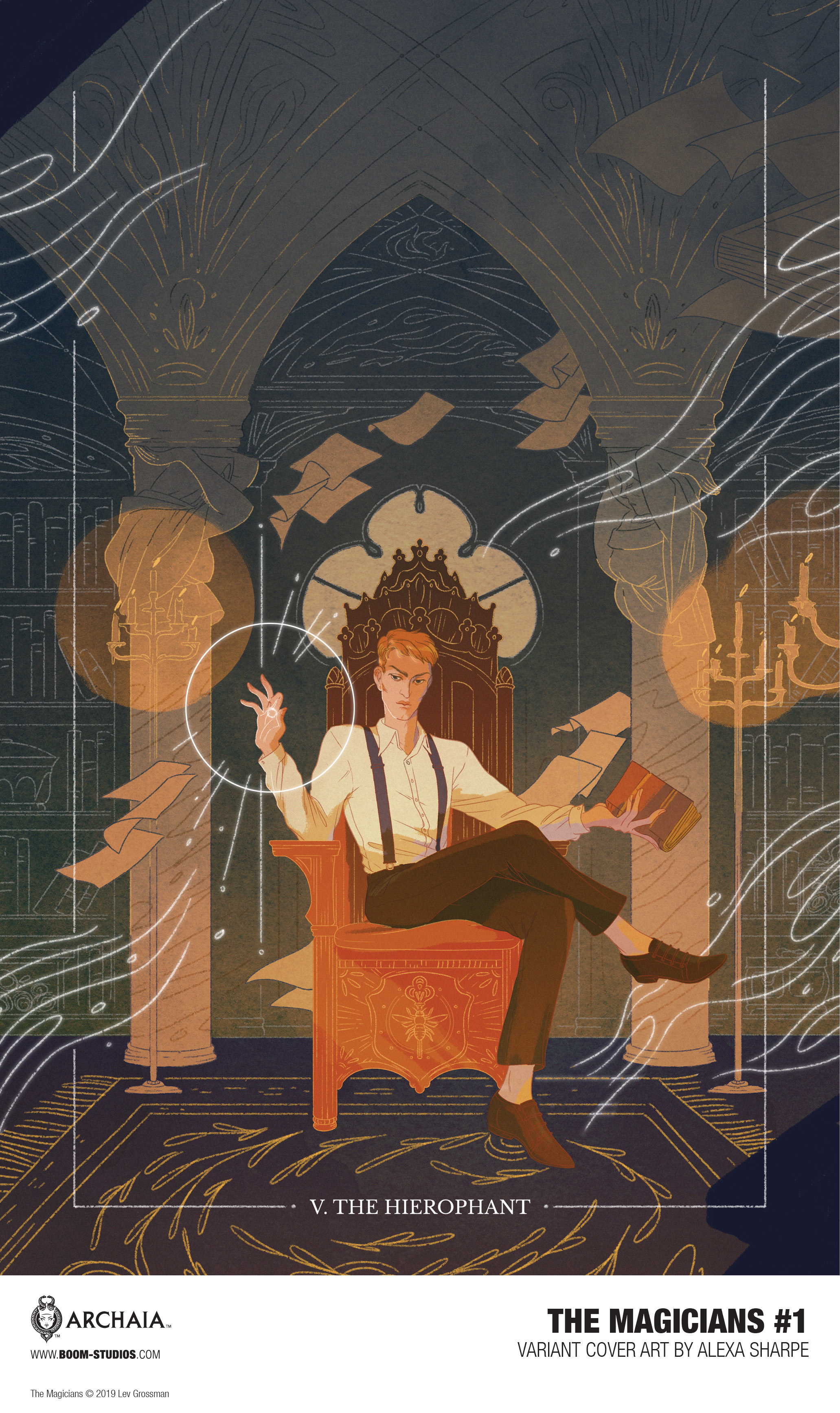 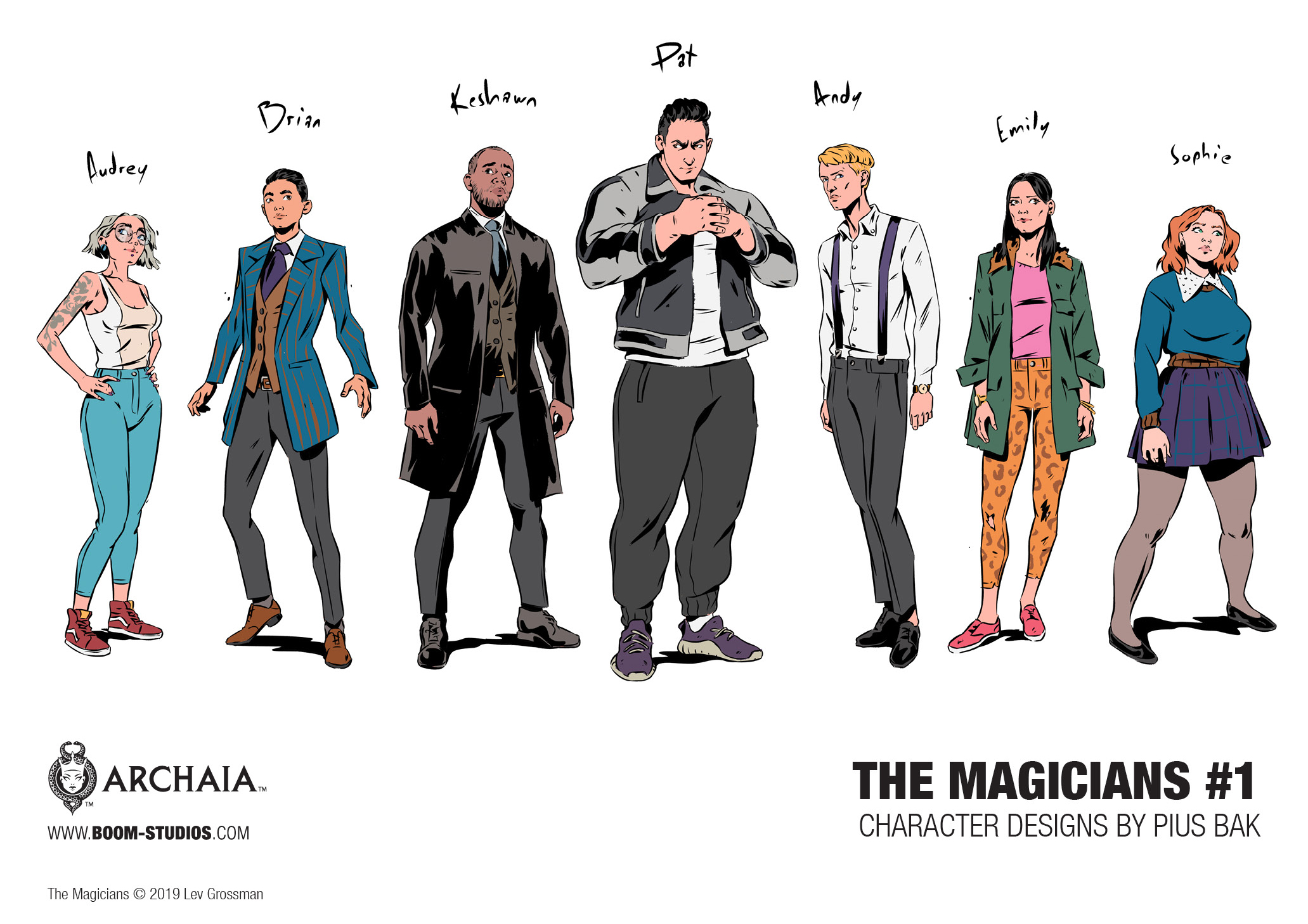