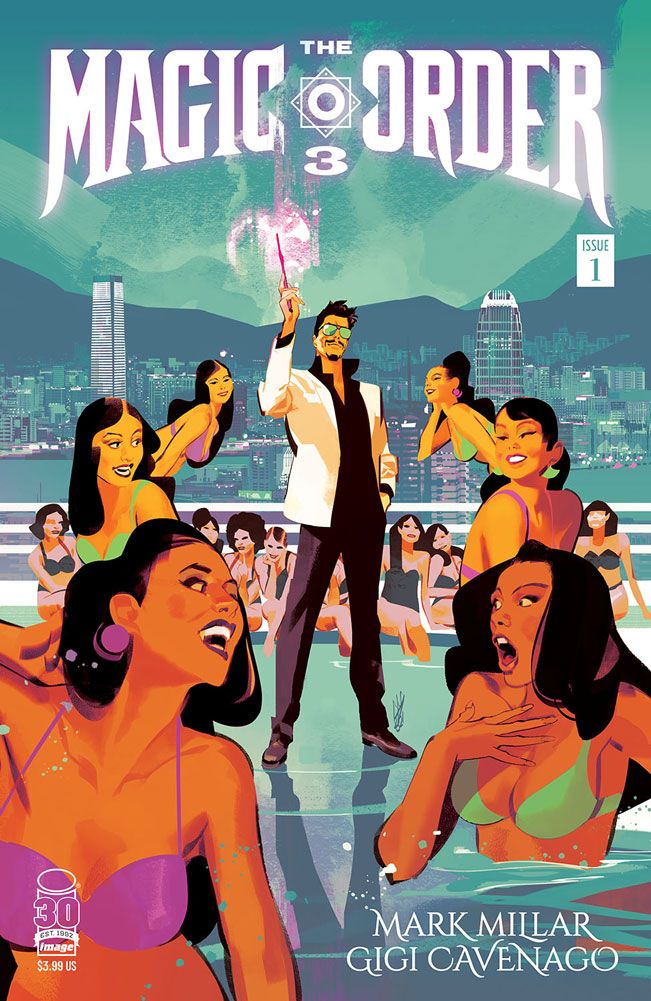 volume of his smash-hit horror series with artistic genius Gigi Cavenago (Batman), The Magic Order 3 #1. This six-issue story arc will kick off from Image Comics in July.

“I originally created The Magic Order as a TV series at Netflix, but convinced the guys to let me do a comic too and it’s the best move I’ve ever made,” said Millar. “I’ve been doing this job since I was nineteen and this is my own personal favourite work. I’ve also had a chance to work with the absolute best artists in the industry here, spoiled with Olivier Coipel and Stuart Immonen on the first two columes, now Italian stallion Gigi Cavenago on the third. I want to try and get volume four out before the live action show streams so there’s four trades on the shelves when it launches. So far so good!”

So far readers have met the American and British members of the Magic Order. Now it’s time to meet the Asian chapter, including a brilliant new major player in the upcoming live-action Netflix show—Sammy Liu. This issue will be a huge collector’s item.

Magic Order 3 #1 will be available at comic book shops on Wednesday, July 27:

Magic Order 3 #1 will also be available for purchase across many digital platforms, including Amazon Kindle, Apple Books, and Google Play.