April 21, Mt. Laurel, NJ: Dynamite announces a historic summer crossover of epic proportions, as two beloved brands smash together in all their gross-out glory in Madballs™ vs. Garbage Pail Kids!

The two legendary franchises have been captivating audiences young and old for over three decades, co-ruling a corner of counterculture with their pun-heavy names, subversive humor, and inventive art and design. Now, as part of an exciting merchandising blitz, Dynamite is proud to publish an ambitious comic book series showing just how these misfits might get along – or destroy everything around them! 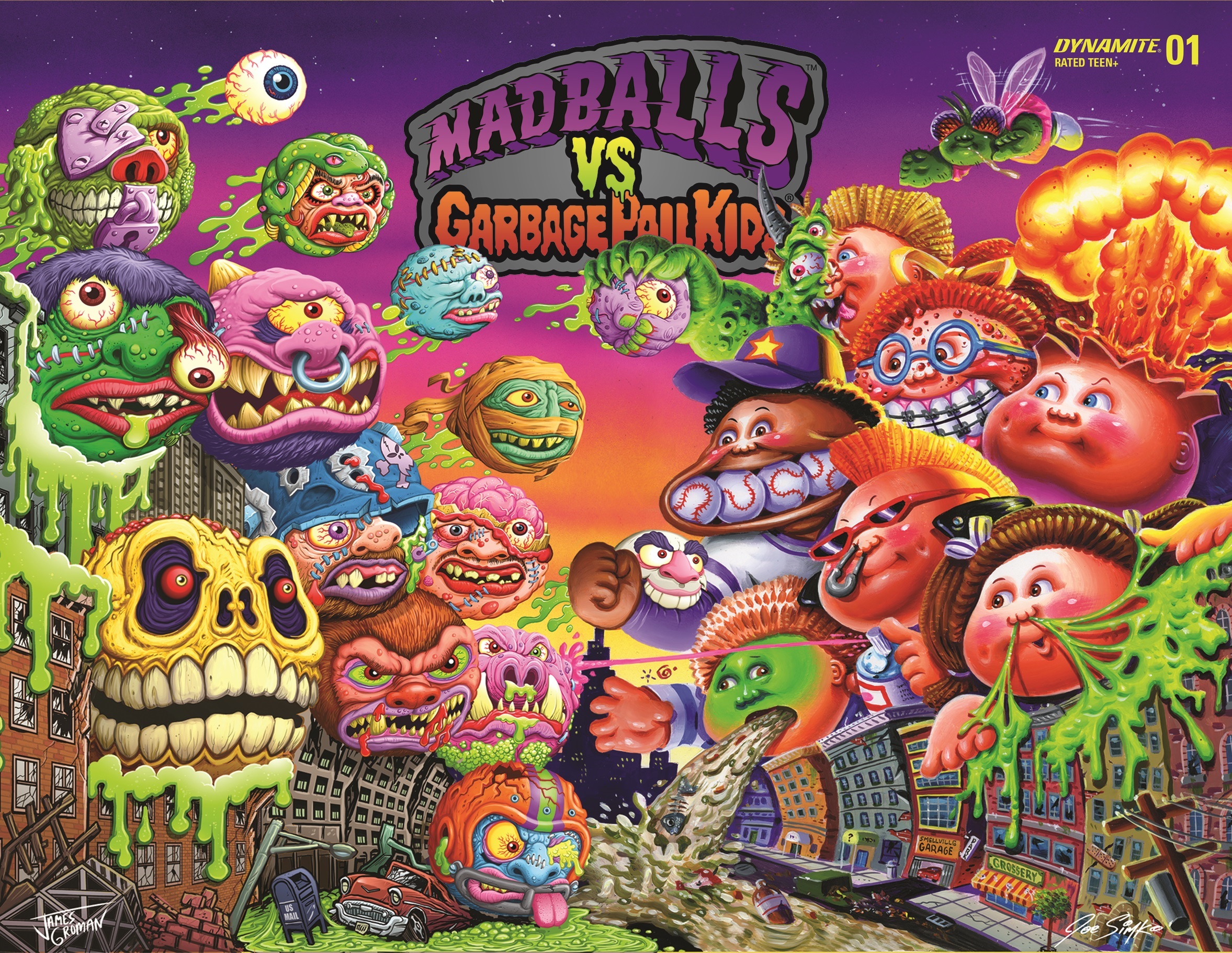 The story is written by Sholly Fisch, experienced across a deep bibliography with franchises like Superman, Star Wars, Scooby-Doo, Mighty Mouse, and Looney Tunes. His award-nominated work has always balanced appealing to all ages and seamlessly adapting franchises with passionate fanbases. Though, he holds his tongue on spoiling which side might win in this battle.

“Let’s just say that, no matter which side you’re on, you’ll find stuff to make you laugh. And, if you’re not careful, you may get splattered with slime or toxic waste, too,” said writer Sholly Fisch.

“I try to have my work full of energy, movement, and splattered goop, so honestly, drawing these two franchises is right up my alley,” said artist Jason Crosby. “My work isn’t subtle, and I hope it explodes off the page.”

In addition to Jason’s action and gross-packed artwork in the story, the comic series will feature collectible variant covers by him and others. A project like this would be incomplete without the contributions of legendary GPK artist, Joe Simko, who contributes both an epic main cover and a trading card inspired one. Alongside collaborator, James Groman, Simko also crafted a mind-bursting wraparound cover! 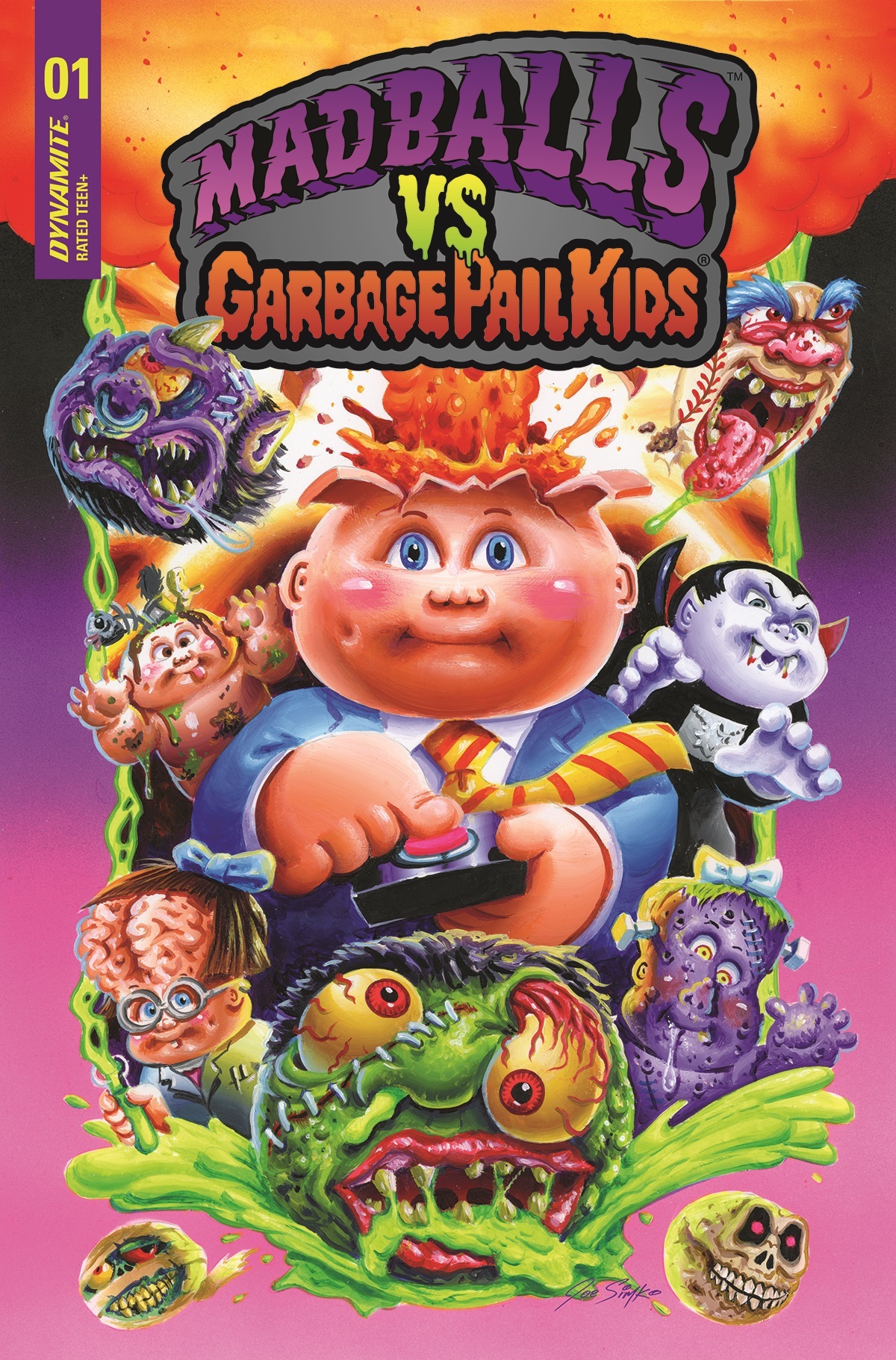 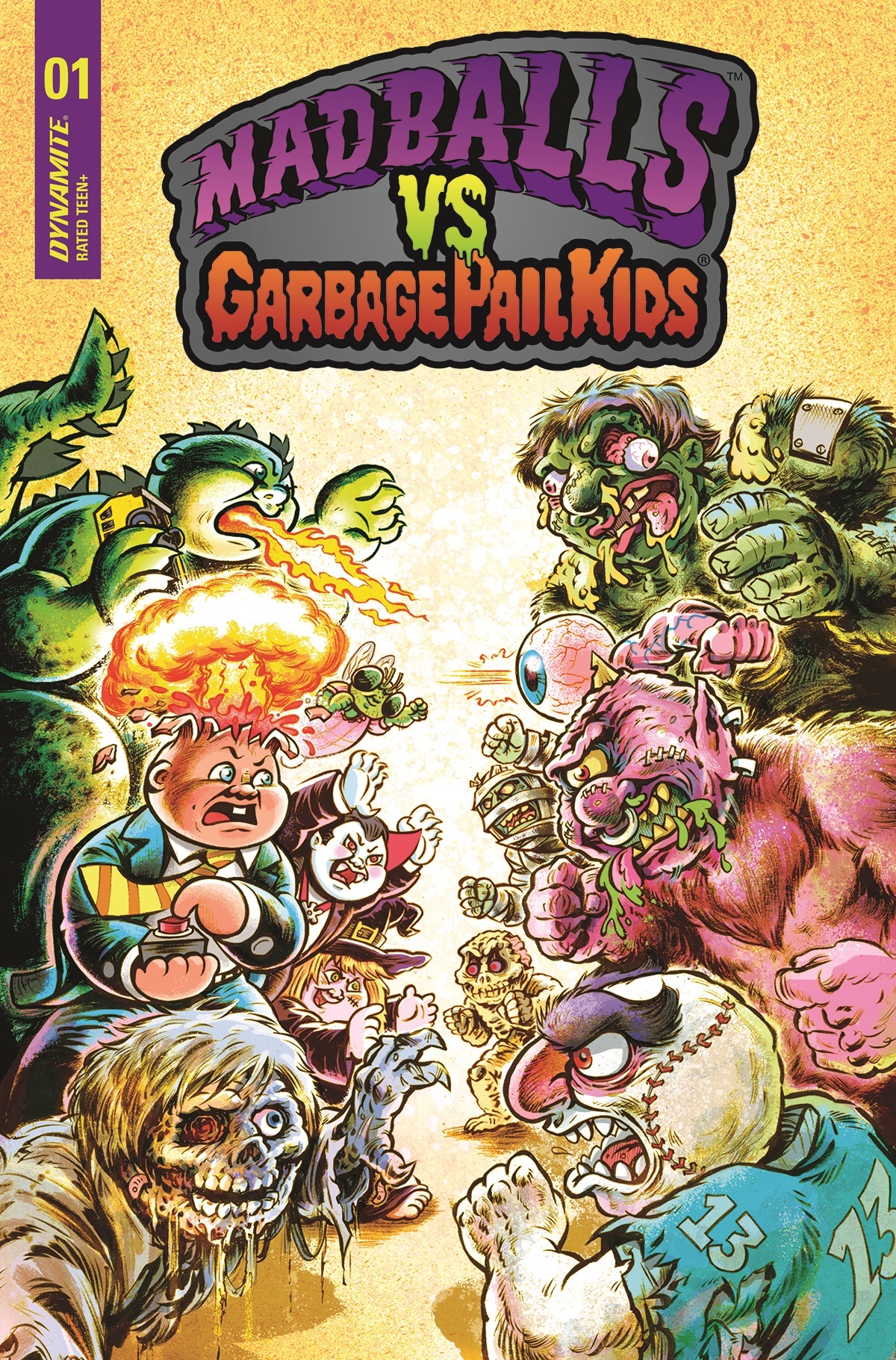 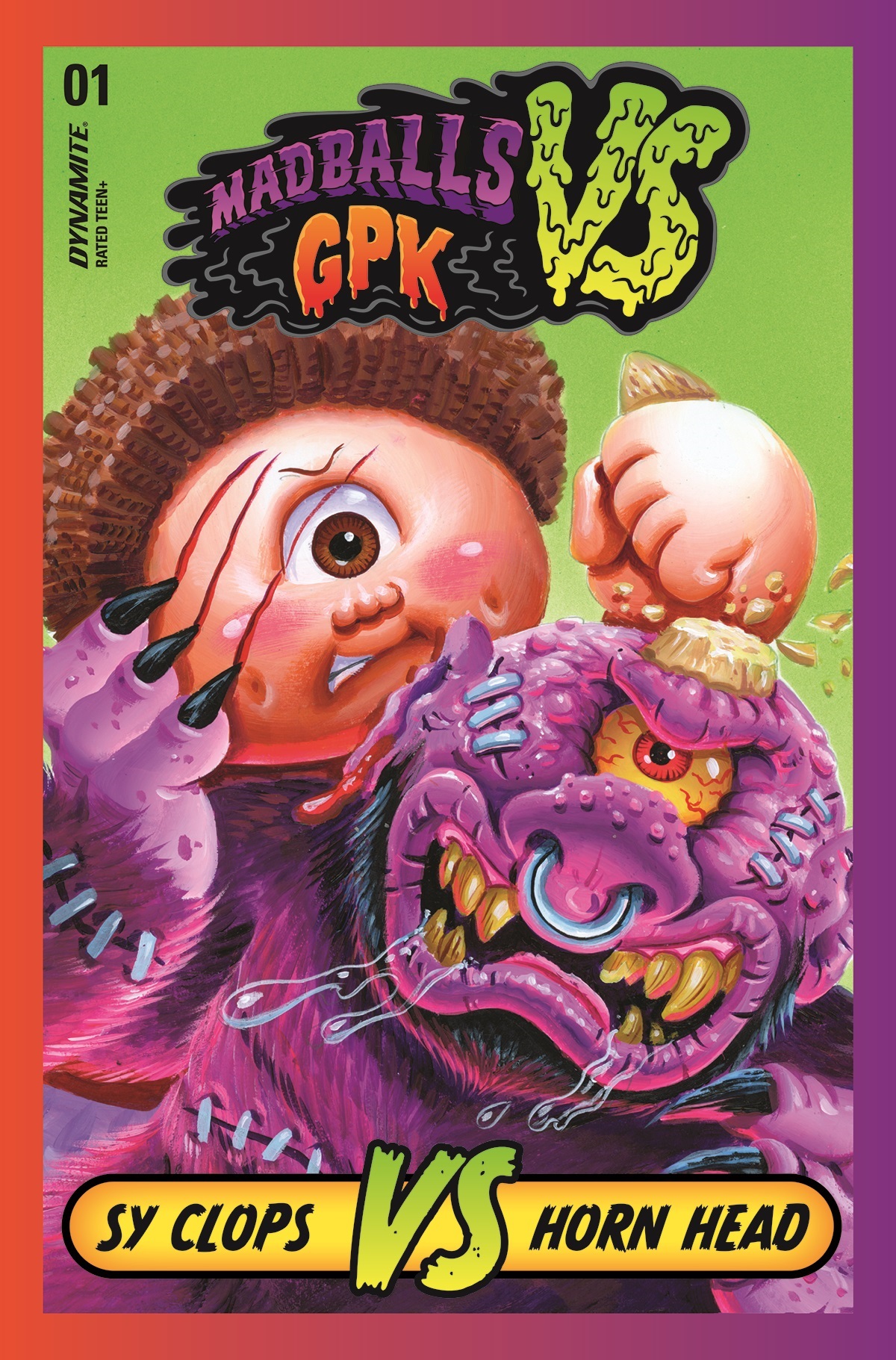 Garbage Pail Kids kicked off its reign of irreverence in 1985 when Topps launched the first of many trading card series featuring their trademark hilariously revolting characters – all with clever names to match. The grossest kids you know have since translated to animation and a continuing full slate of globally-licensed consumer products.

“The Garbage Pail Kids and Madballs share much of the same ‘twisted’ DNA; an irreverent 80’s sensibility, outrageous artwork and loyal fan bases that remain passionate to this day.” says Ira Friedman, who oversees GPK licensing at Topps. “It comes as no surprise that the anticipation and excitement for this comics crossover is off the charts.”

For their part, Cloudco Entertainment’s Madballs first crashed into collectors’ lives the following year with their irregularly shaped toy foam balls. Ghastly faces, grotesque names, and ghoulish attitudes made them an instant hit, with Madballs selling tens of millions of toys and spawning their own animated specials and extensive product lines.

“Madballs vs Garbage Pail Kids has been one of my favorite projects to-date,” said Carlos Villagra, Creative Director of Cloudco Entertainment. “Growing up with these gross, wacky, nasty brands in the 80s, and then being able to bring them to life through an awesome collaboration with Dynamite – the whole experience has really been a dream come true.”

“We can’t wait for fans to get their hands on this crossover bursting with energy,” said Nick Barrucci, Dynamite CEO and Publisher. “We promise the comic book doesn’t drip with slime, but maybe we should figure out how to make that happen!”

MADBALLS™ VS. GARBAGE PAIL KIDS #1 is solicited in Diamond Comic Distributors’ May 2022 Previews catalog, the premier source of merchandise for the comic book specialty market, and slated for release in July 2022. Comic book fans are encouraged to preorder copies of the issue with their local comic book retailers. It will also be available for individual customer purchase through digital platforms courtesy of Comixology, Kindle, iBooks, Google Play, Dynamite Digital, ComicsPlus, and more! 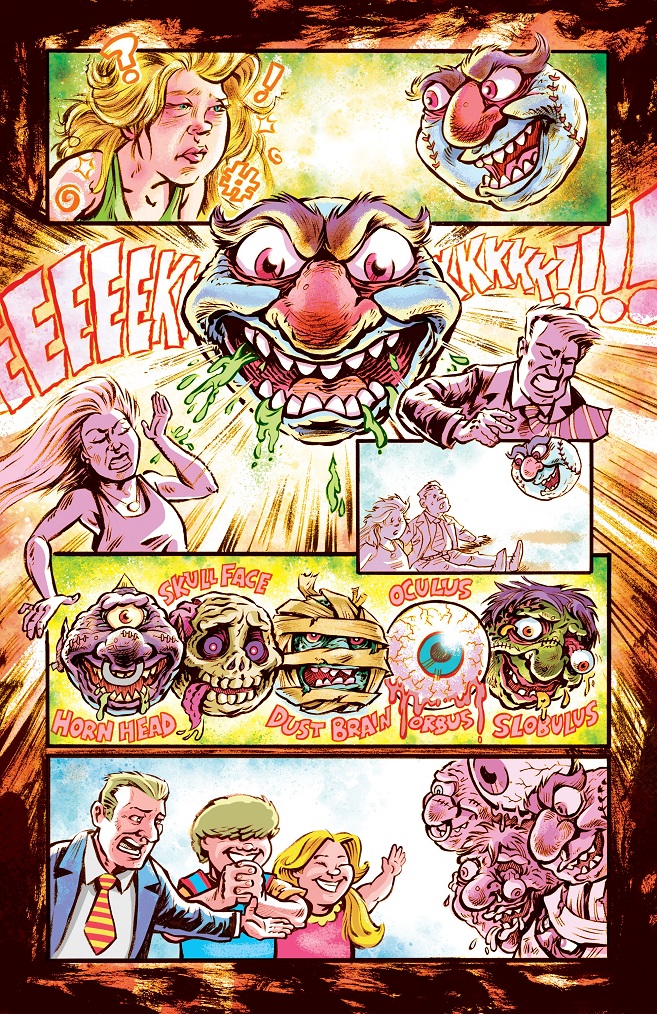 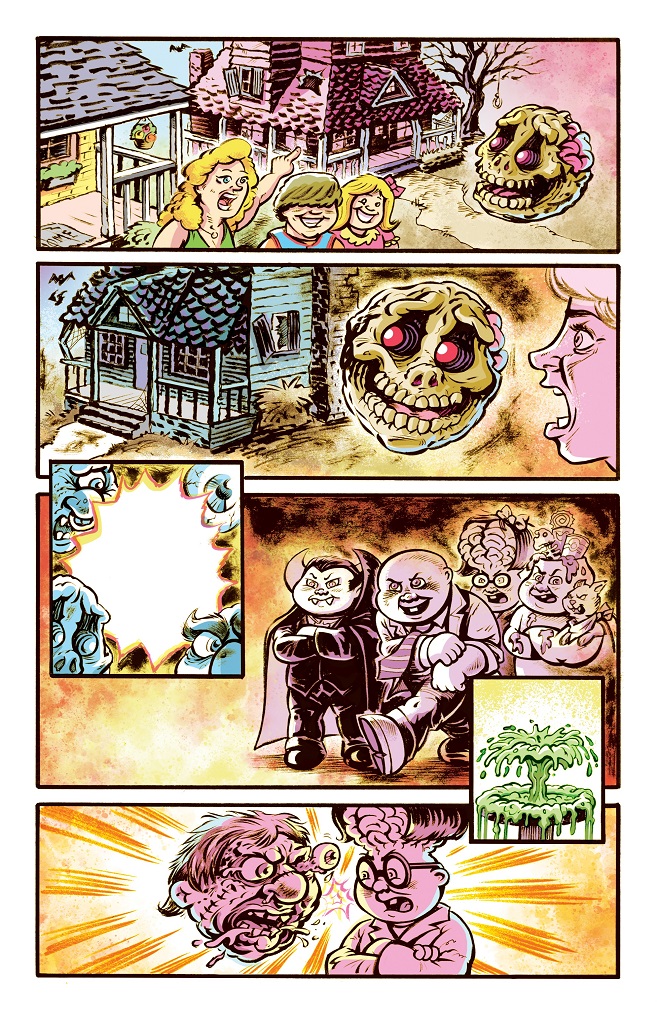 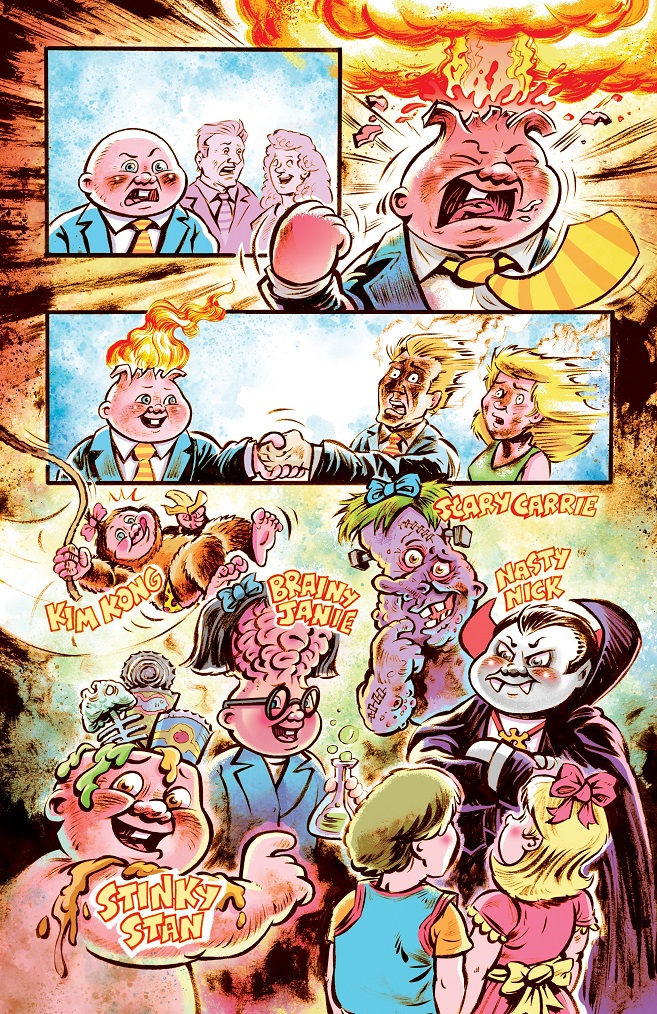