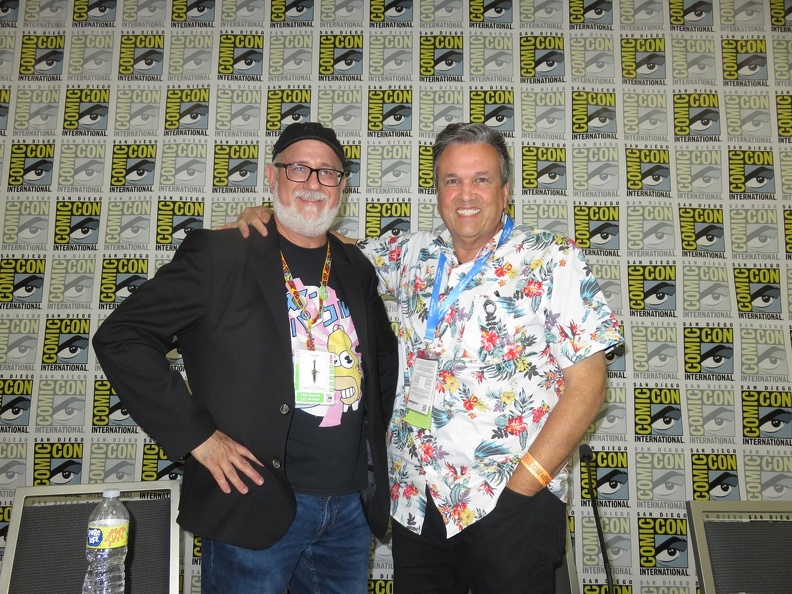 Bill Morrison Spotlight (49:21, 112mb)
Tom Racine interviews Bill Morrison about his work. They showed early childhood photos and an example of his mechanical drawing. Bill revealed why he never bothered to move to NY and trying to break into comics, his working for Hollywood doing movie posters, how he got involved with the Simpsons, how he got to draw the Simpsons for the first time in Simpsons Illustrated magazine, then moving on to writing for them, how a popular store signing lead to Bongo Comics being formed, the difficulties of getting the first issues out, them getting and Eisner Award. Bill brought up Chris Yambar who recently passed away and his getting famous musicians to write for the Treehouse Horror special. Bill talked about his original work Roswell, then his involvement in helping with designing the Futurama characters and becoming the art director of the show. They spoke about his other projects like the Beatles Yellow Submarine book, fine art of various rock stars, his Disney art and more.