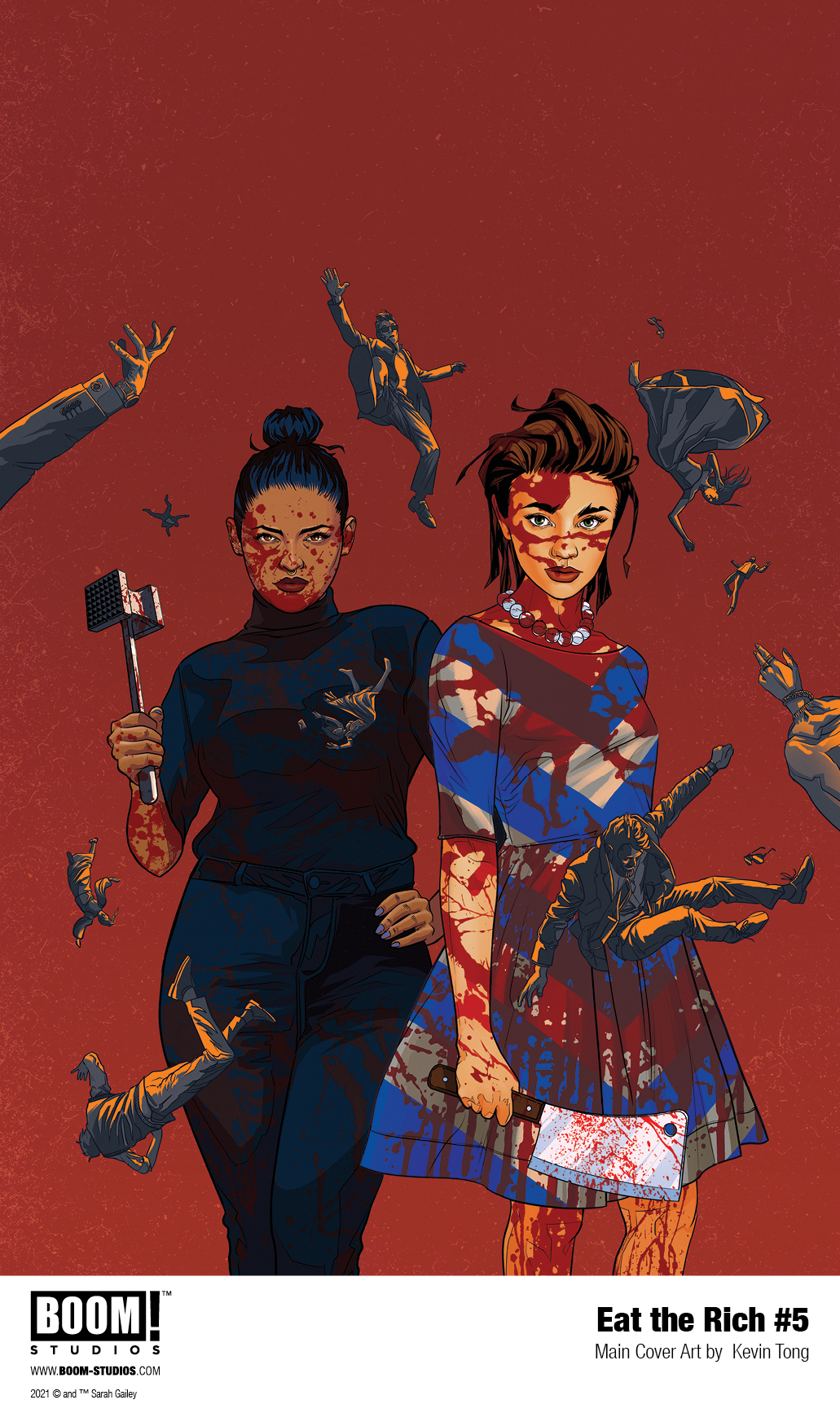 ‘TIL DEATH DO US PART! Astor finally proposes but the cost of marrying into the 1% is too terrible for Joey to even contemplate. Too bad saying no isn’t an option if she wants to get out of Crestfall Bluffs in one piece! With the horrible truth fully revealed, can Joey escape a proposal much too rich for her blood, or will she get eaten alive by the secrets of the rich and powerful?

Print copies of EAT THE RICH #5 will be available for sale on December 22, 2021exclusively at local comic book shops (use comicshoplocator.com to find the nearest one) or at the BOOM! Studios webstore. Digital copies can be purchased from content providers, including comiXology, iBooks, Google Play, and Kindle. Fans and readers can purchase copies of EAT THE RICH SC, collecting the entire five-issue series, in local comic shops on May 18, 2022 and in bookstores everywhere on May 24, 2022.

For continuing news on EAT THE RICH and more from BOOM! Studios, stay tuned to boom-studios.com and follow @boomstudios on Twitter. 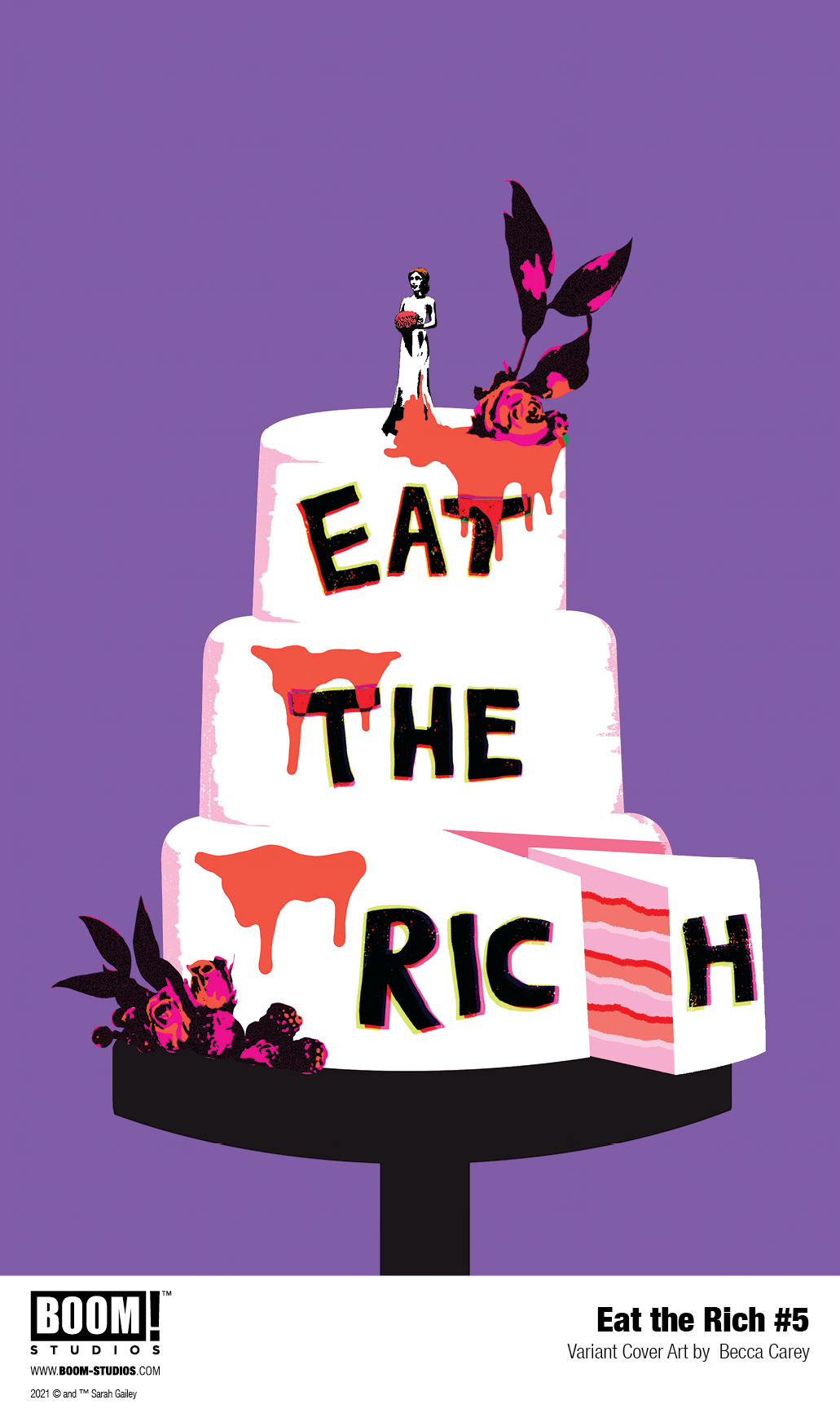 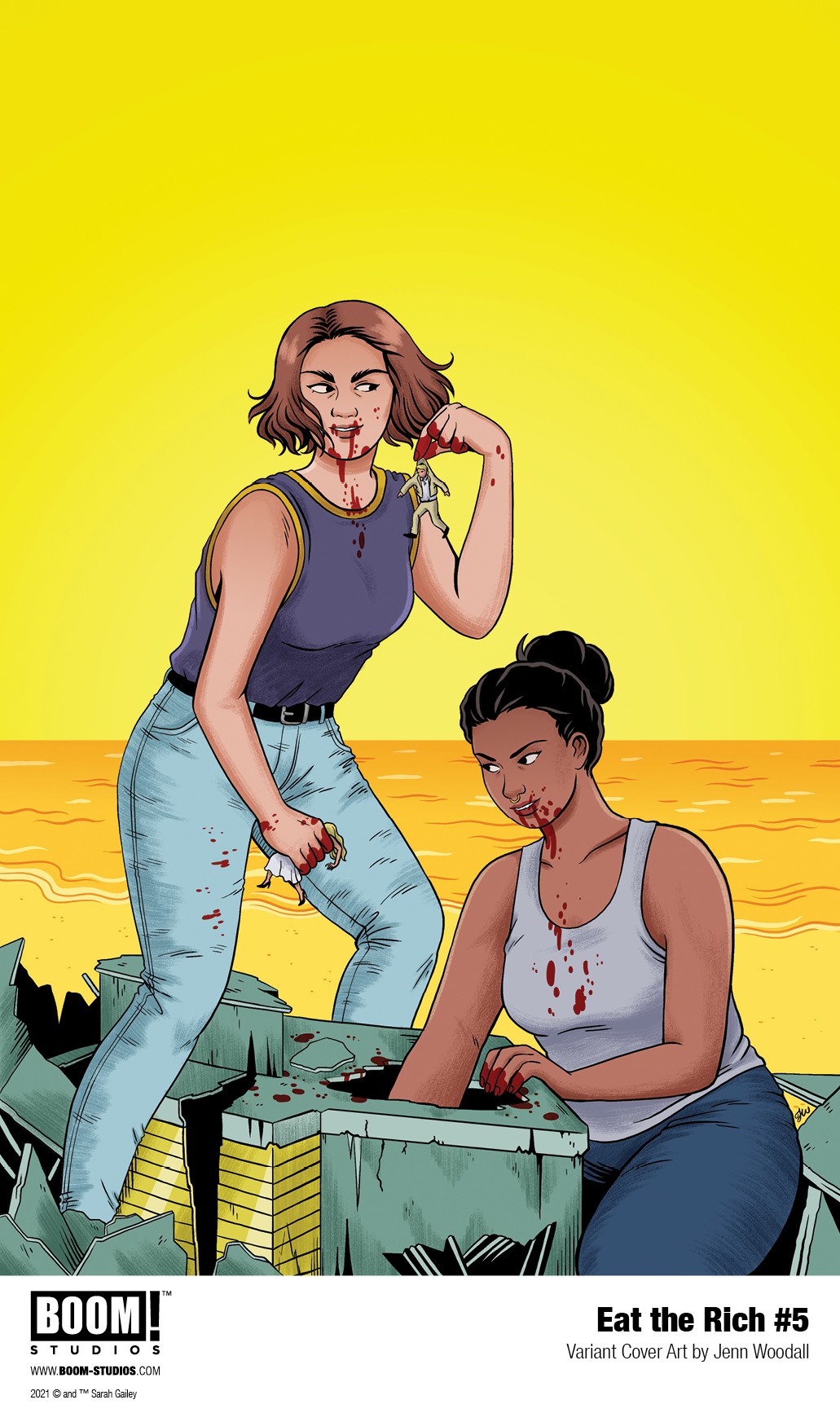 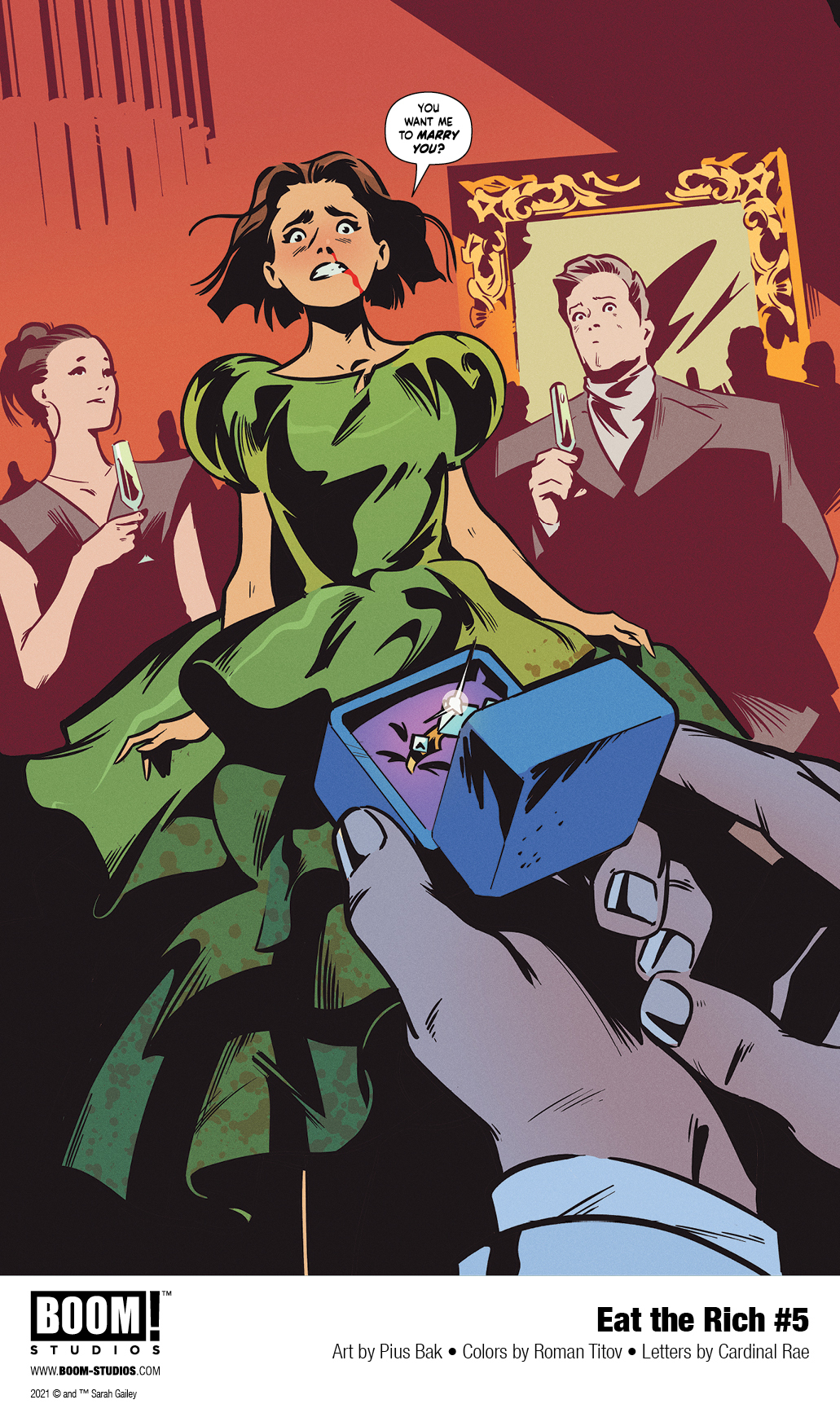 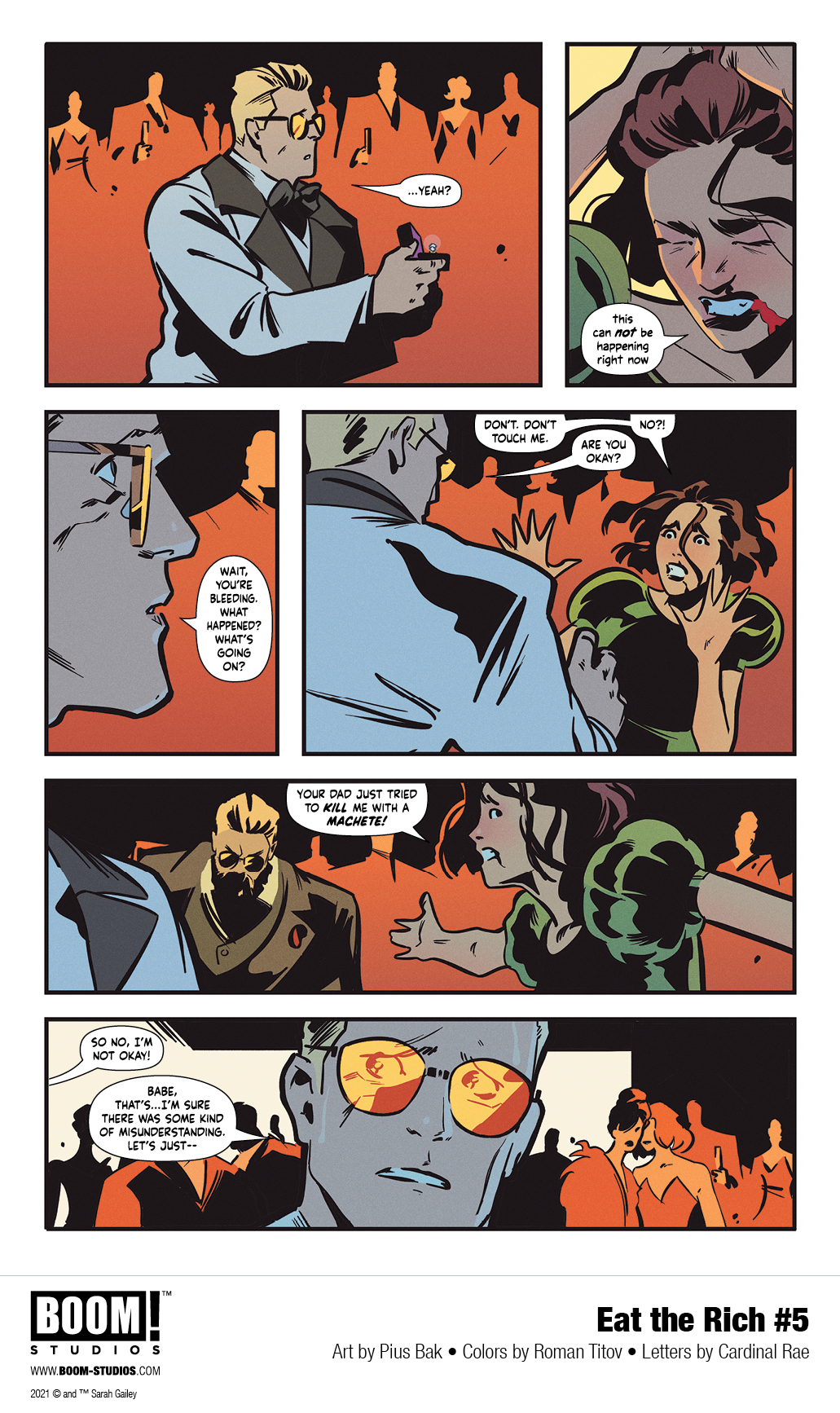 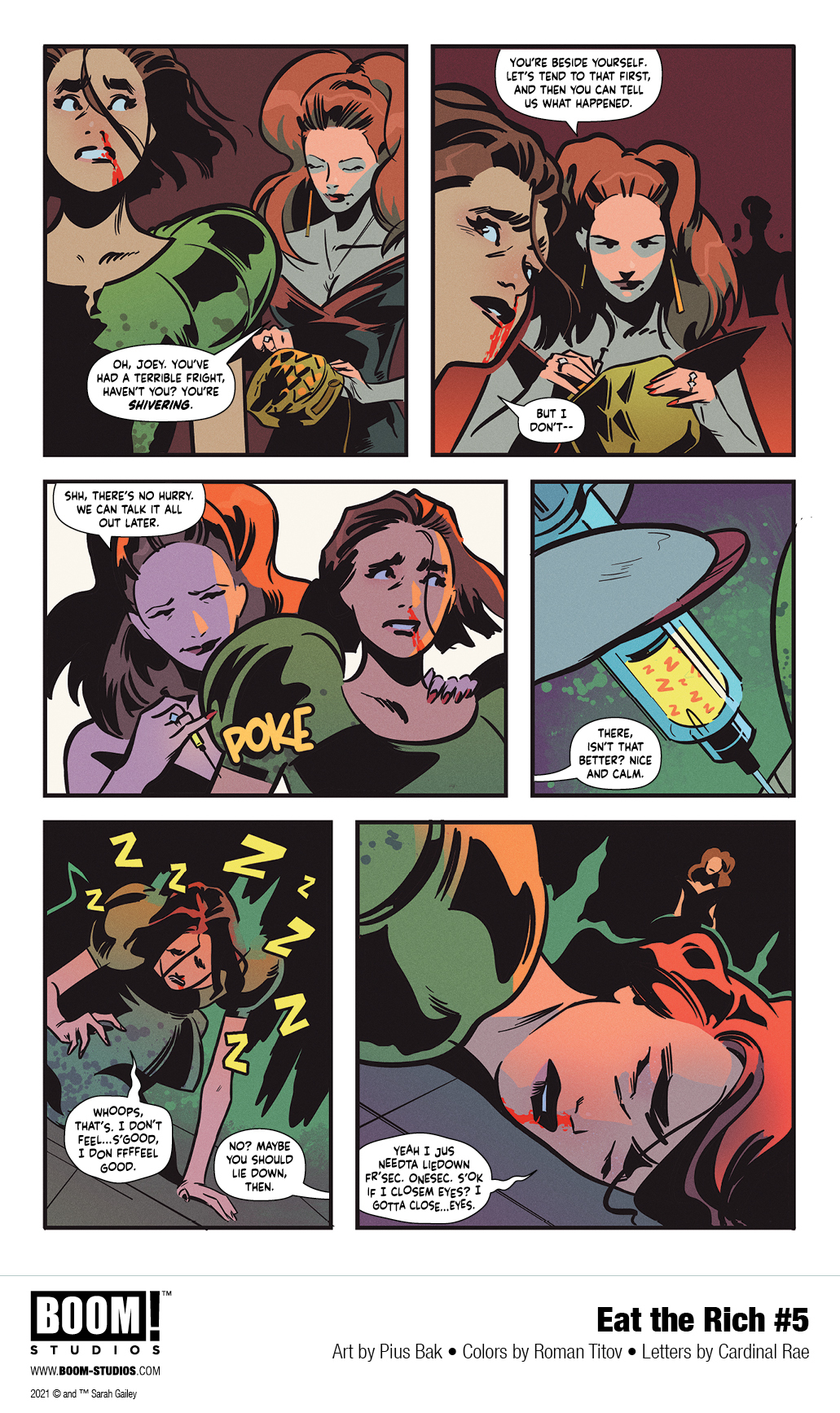 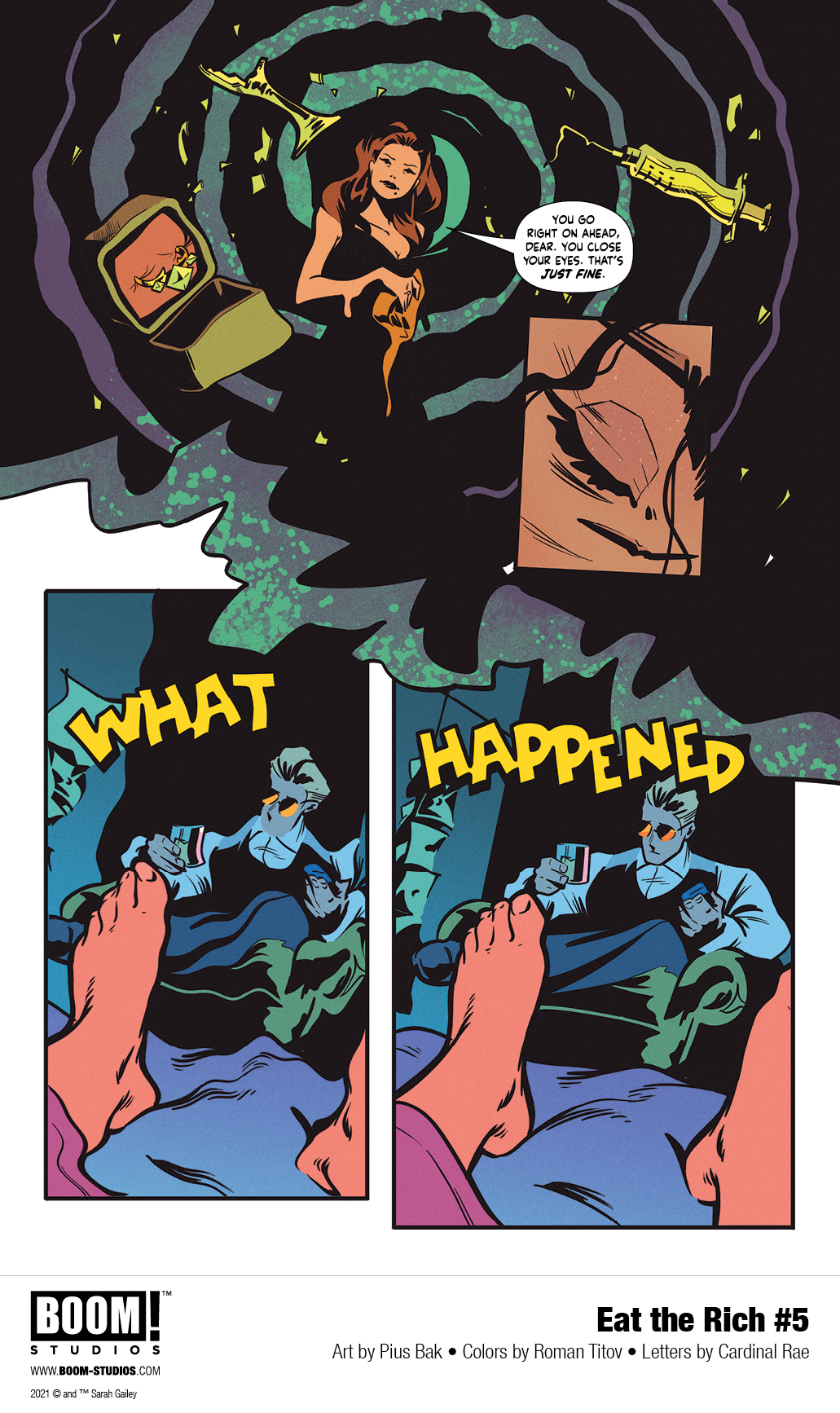 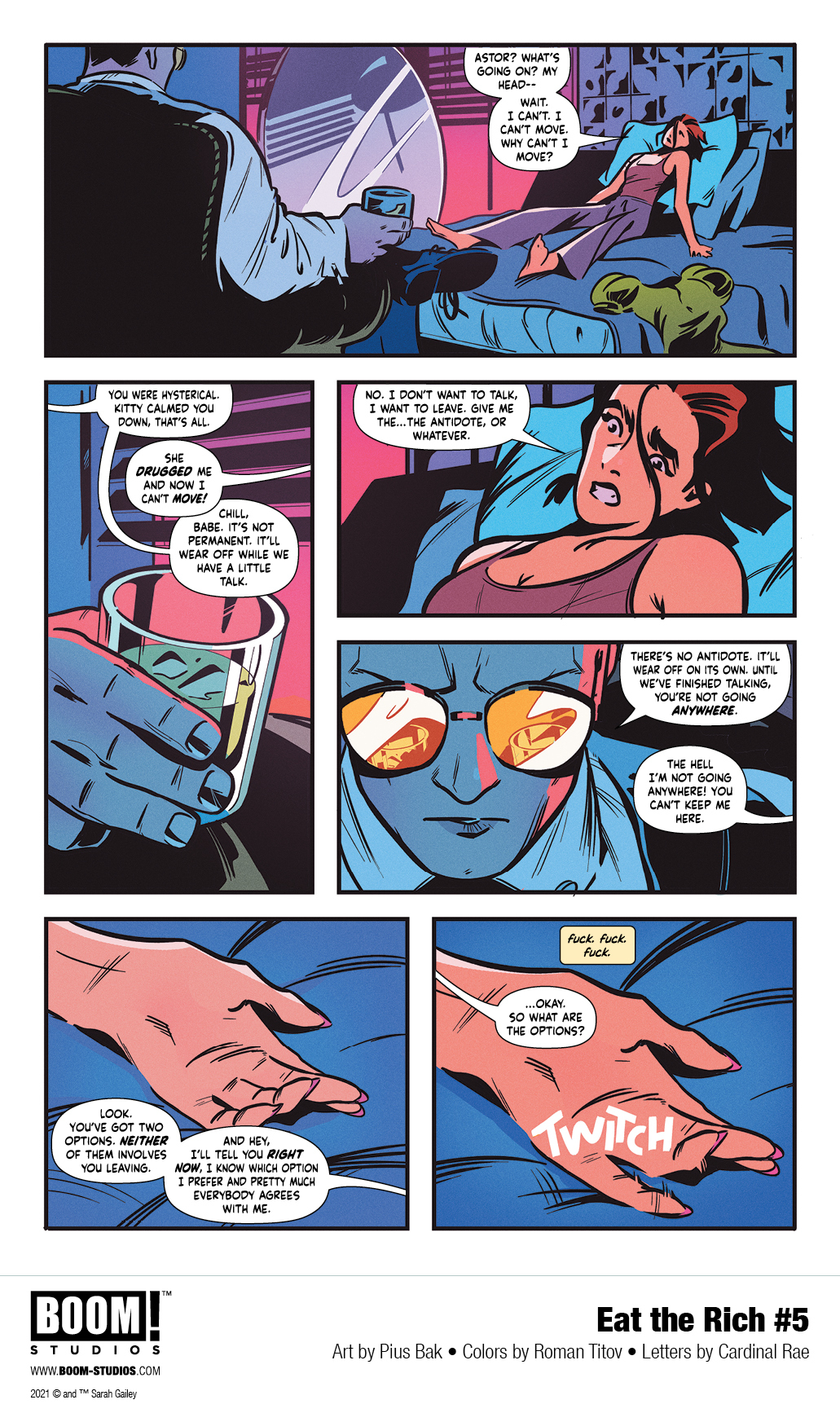 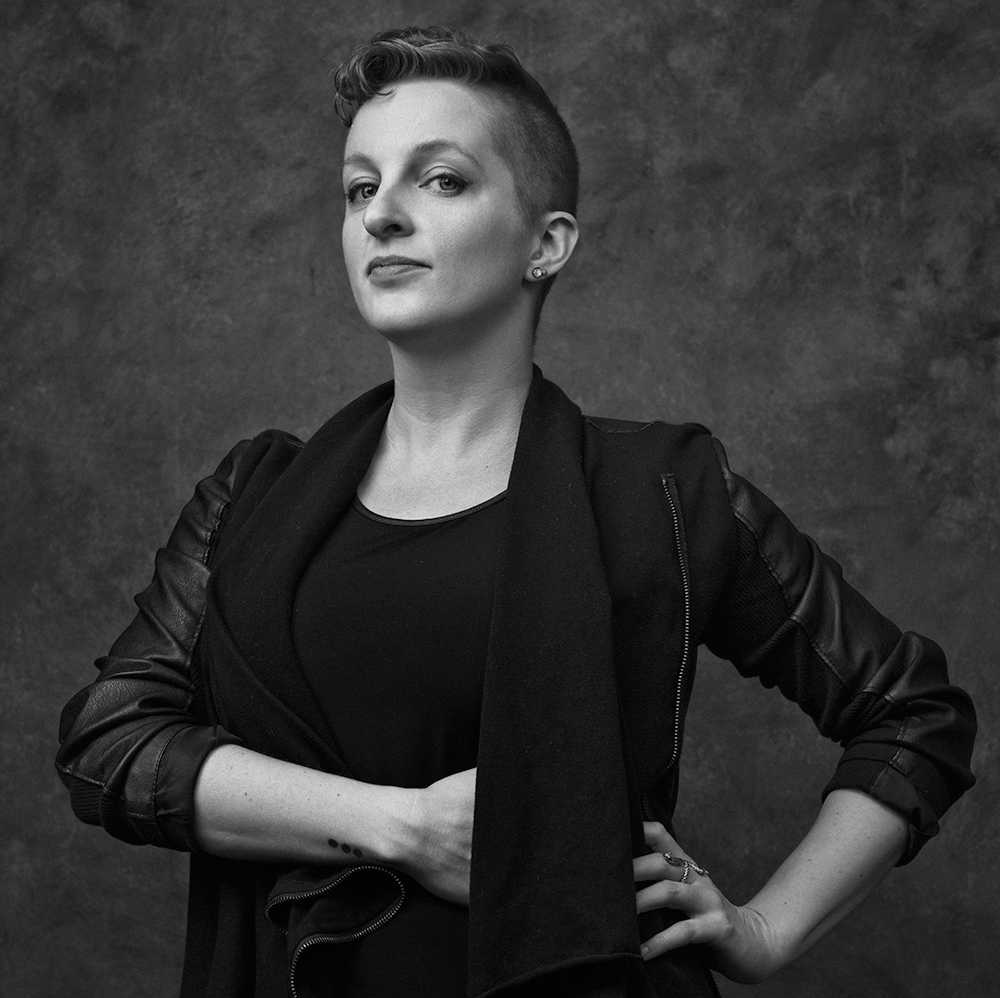 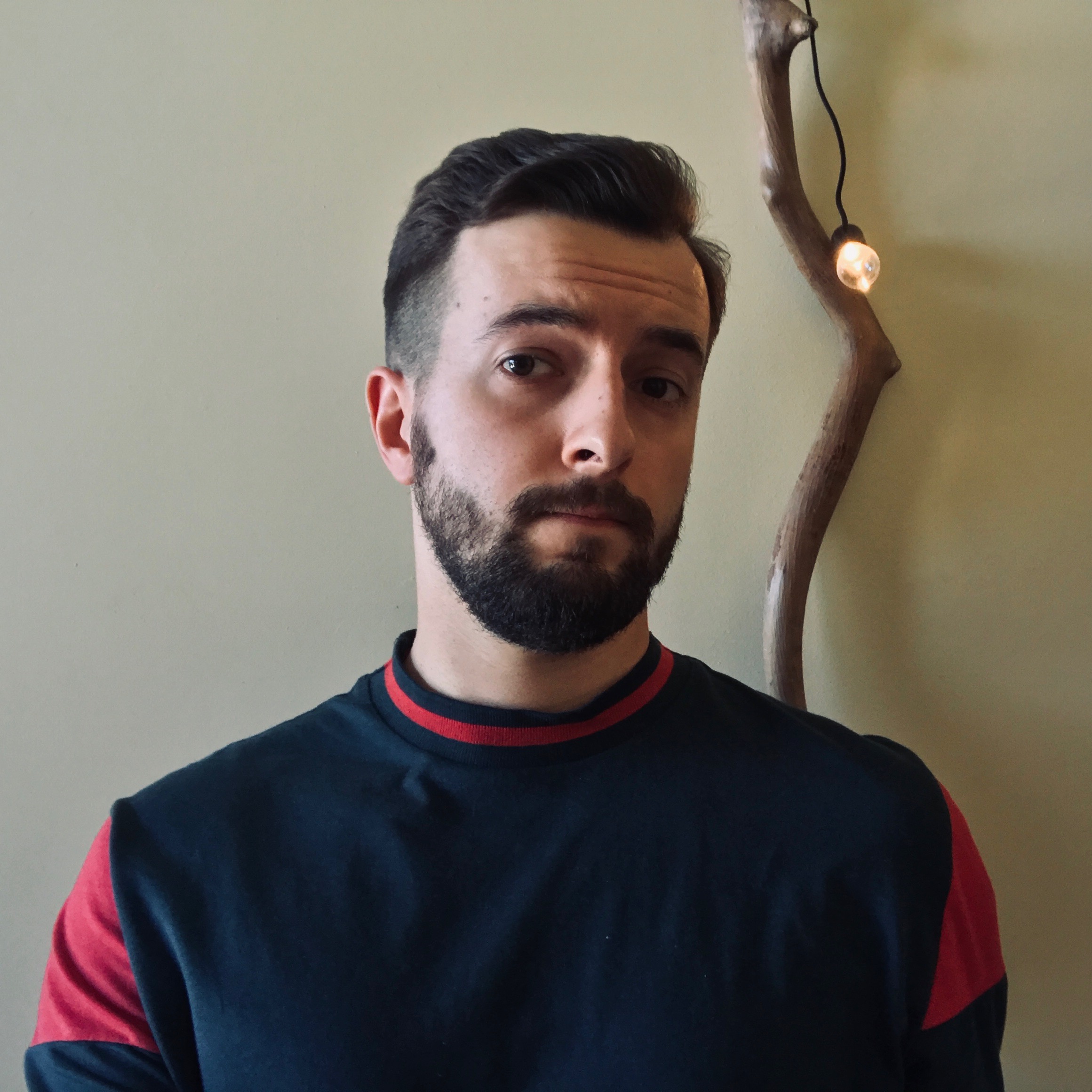