THE HEAT IS ON IN THE ‘STRANGER THINGS SUMMER SPECIAL’ 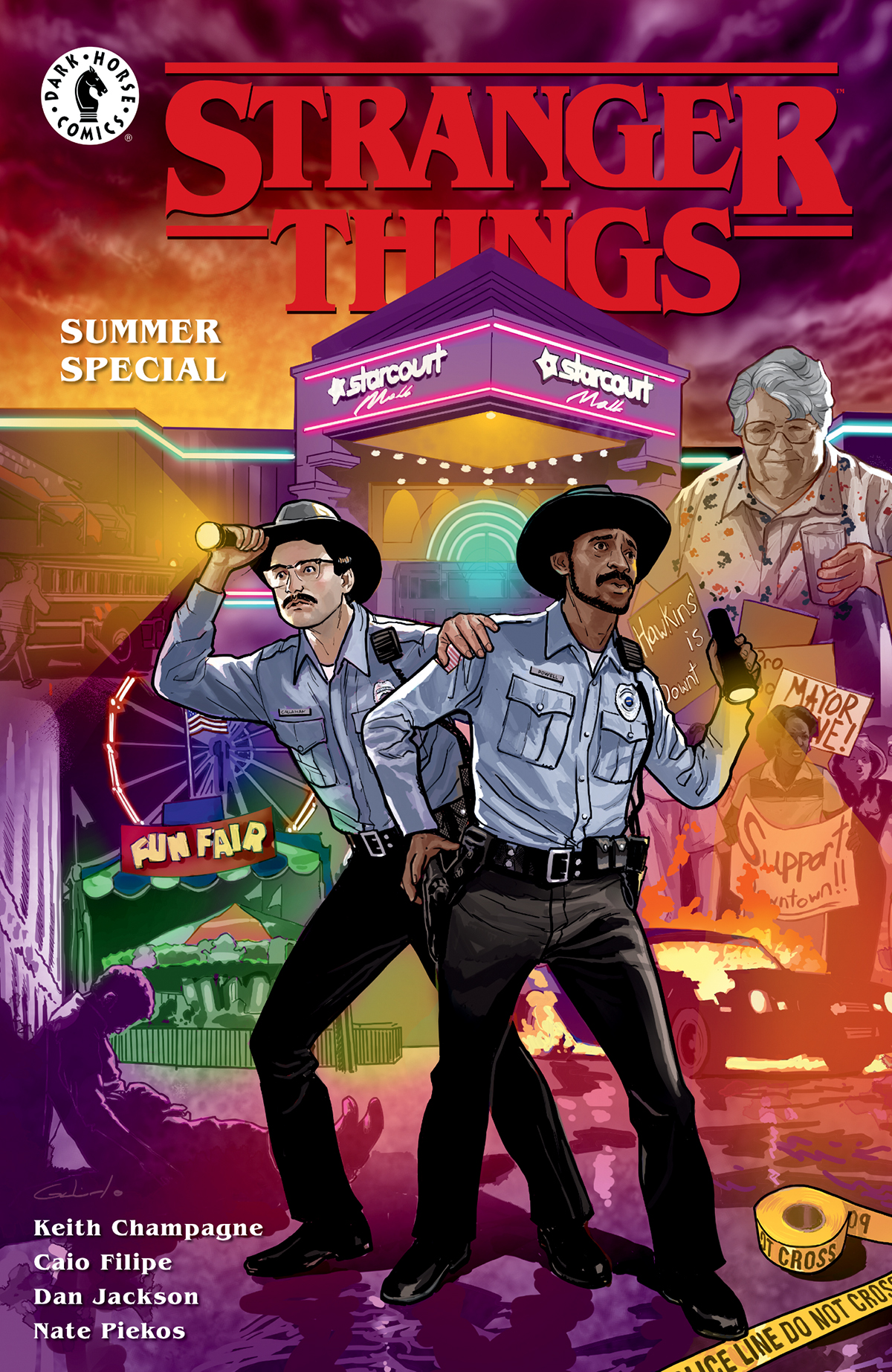 Officers Powell and Callahan patrol the “mean” streets of Hawkins Indiana with the enthusiasm of two hefty dachshunds pretending to be bloodhounds. Typically, they don’t have to chase down more than the occasional petty theft and teenagers smoking reefer but lately the town has been getting weirder, and while they might not get to the bottom of it, they just might be lucky enough to survive it.

Stranger Things Summer Special One-Shot will be in comic shops July 6, 2022. It is available for pre-order at your local comic shop.

“Right out of the gate, Kamchatka has poised itself as being a captivating corner of the franchise that could both be its own narrative while also making the events of the TV show all the more enriching.”–Comicbook.com

“Writer Michael Moreci does a great job creating an exciting story in which the reader quickly becomes invested. No, it’s not the Stranger Things we’re used to – or likely why we bought the book in the first place. But it sits within the greater universe and is no less compelling.”–Comicon.com