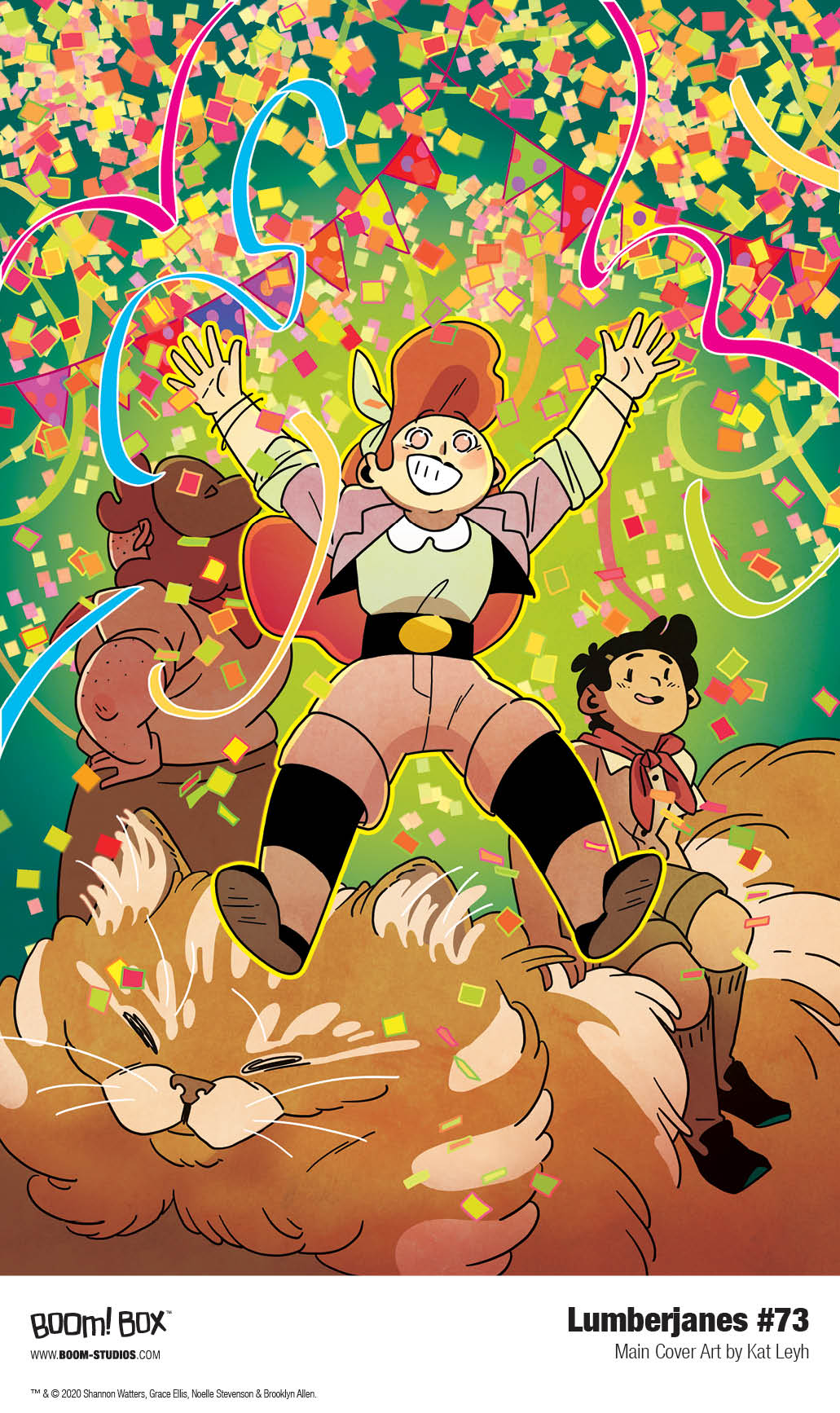 LOS ANGELES, CA (June 19, 2020) – BOOM! Studios today announced The End of Summer, the first ever Lumberjanes event, will begin in LUMBERJANES #73. On sale in September 2020, the Eisner Award-nominated bestselling series, from cartoonist Kat Leyh (Snapdragon) and co-writer Shannon Watters, sends the beloved members of Miss Qiunzella’s Camp for Hardcore Lady-Types on an adventure before summer ends…on a collision course with an evil force.

The end of summer is fast approaching, but the Lumberjanes have bigger problems than just finishing their camp to-do list—an evil force is spreading over their forest, sapping the life out of the flora and fauna, leaving a grey forest behind. Known only as The Grey, this power has already taken the Lumberjanes’ friends, freezing the Yetis and leaving the bear woman stuck in animal form! If the girls can’t defeat The Grey, the Lumberjanes way of life will disappear—and not just for the summer!

Launched in 2014 under BOOM! Studios’ YA-focused BOOM! Box imprint by series co-creators Shannon Watters, Grace Ellis, Noelle Stevenson and Brooklyn Allen, Lumberjanes was originally solicited as a limited series, but the overwhelming response from fans transformed it into an ongoing series that has become a New York Times best-seller, earned numerous nominations for prestigious awards including the GLAAD Media Award and the Eisner Awards (which it has won twice), and have even crossed over with heroes from the DC Comics Universe (in Lumberjanes/Gotham Academy). The Lumberjanes have expanded to middle-grade novels at Abrams Books and a diverse array of merchandise from pins to patches.

“The Lumberjanes have faced off against magical creatures, gods, and legends straight from myth with nothing but their smarts and the power of friendship but this time, they’ll be facing a threat like nothing they’ve ever seen before,” said Jeanine Schaefer, Executive Editor, BOOM! Studios. “Our favorite summer camp friends will have to face a force that literally takes away everything they believe in and stand for, in an epic struggle that could end their magical world as they know it.”

Print copies of LUMBERJANES #73 will be available in September 2020 at local comic book shops (use comicshoplocator.com to find the nearest one), bookstores or at the BOOM! Studios webstore. Digital copies can be purchased from content providers, including comiXology, iBooks, Google Play, and Madefire.

For continuing news on LUMBERJANES and more from BOOM!, stay tuned to boom-studios.com and follow @boomstudios on Twitter. 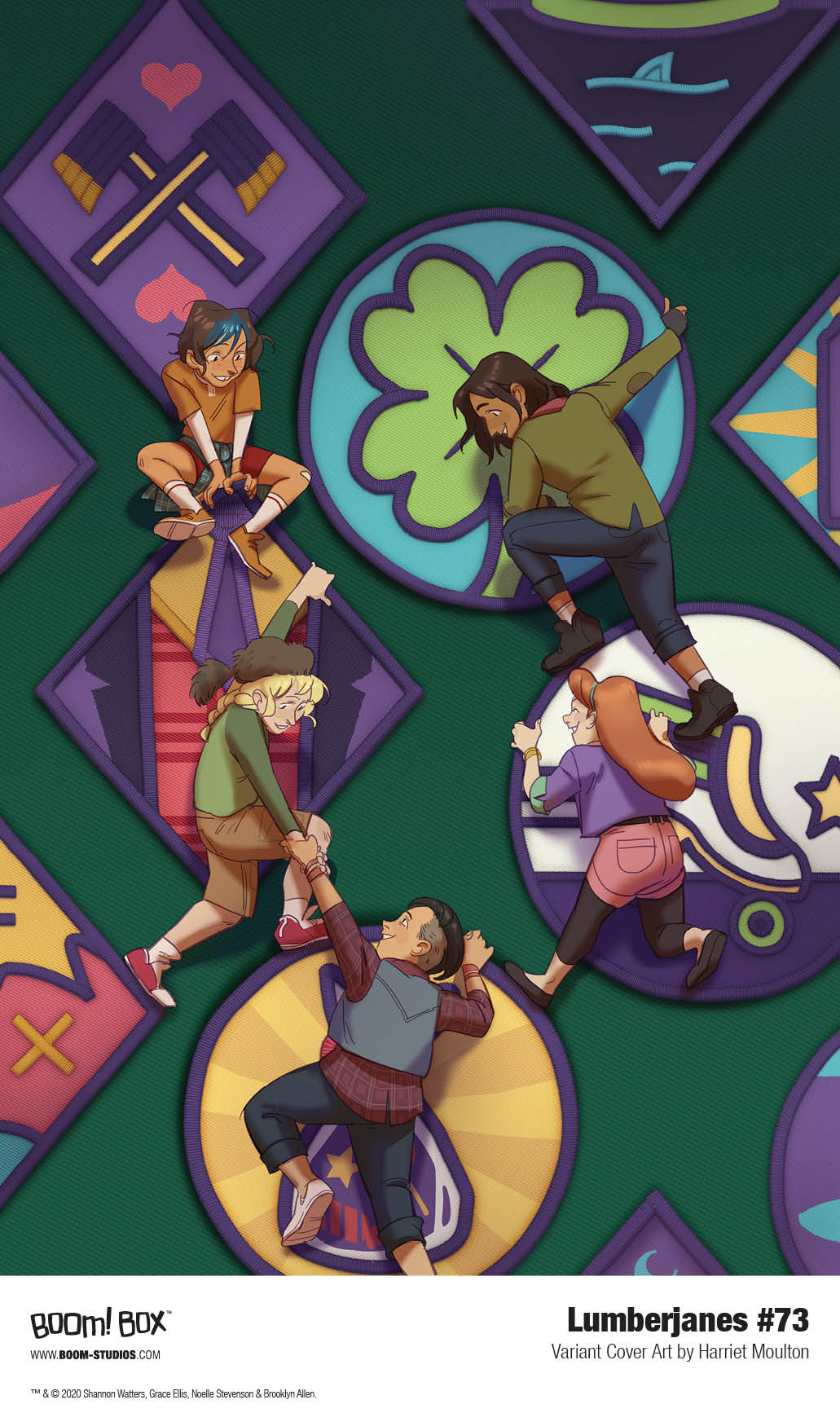