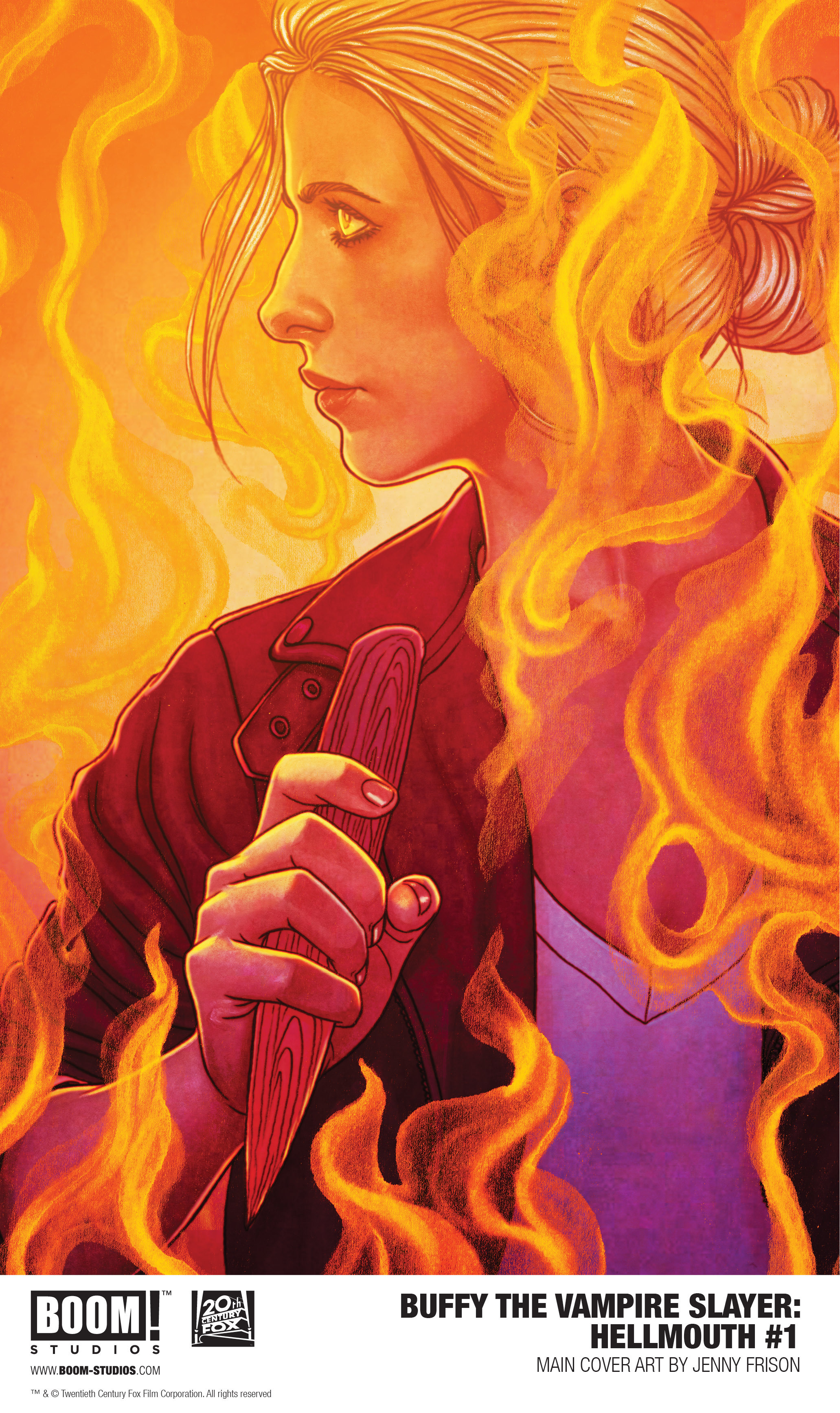 LOS ANGELES, CA (July 1, 2019) – BOOM! Studios is proud to kick off The Road to San Diego, a ten-day,ten-announcement spotlight on the most exciting comic book and graphic novel news in advance of Comic Con International in San Diego (July 17–21), with the announcement today of the first-ever Buffy the Vampire Slayer and Angel event series HELLMOUTH. The five-issue series from writers Jordie Bellaire (Buffy The Vampire Slayer) & Jeremy Lambert (Doom Patrol) and artist Eleonora Carlini (Saban’s Go Go Power Rangers) brings Buffy and Angel face-to-face in the world-ending event hundreds of years in the making—the opening of the gates to the Hellmouth!

Buffy and her Scooby Gang will have to muster all their strength as they deal with an open Hellmouth that threatens the lives of everyone they love in Sunnydale. Meanwhile, Angel, the vampire cursed with a soul, arrives in town to find his redemption by doing whatever it takes to close the Hellmouth…and no human, demon or Slayer will stand in his way.

Jordie Bellaire is an Eisner Award-winning colorist best known for her work on Batman for DC Comics and Hawkeye for Marvel Entertainment, as well as for her Eisner-nominated writing debut, Redlands from Image Comics. She has worked on countless critically-acclaimed series for publishers such as Dark Horse, DC Comics, IDW, Image Comics, Marvel Entertainment, and Valiant.

“The Hellmouth is finally open and the wheels are coming off! I couldn’t be more thrilled to share this event with Jeremy Lambert, one of my closest friends in the universe, and Eleonora Carlini, whose art is just brilliant.”said writer Jordie Bellaire. “We’ve got a lot planned for readers!”

Jeremy Lambert is the co-writer of Doom Patrol with Gerard Way and writer of Goosebumps: Monsters at Midnight and. Originally from Bowie, Maryland, he now resides in Los Angeles, where he also produces films for Breakwater Studios, Ltd. in Los Feliz. He has also worked as an extras casting director for La La Land, Furious 7, True Blood, True Detective, and Magic Mike, among other films and shows.

“Buffy the Vampire Slayer is my favorite TV show of all time,” said writer Jeremy Lambert. “So when I heard Jordie’s pitch for this…well, first I had to lie down for a bit, but then I started jumping around like an idiot. I’m so excited to share what’s in store! Exploring the wealth of love and friendship in this series, the ties that bind the Scooby Gang, and pushing each and every one of them to the brink in HELLMOUTH is going to be terrifying–and an absolute joy. See you in Sunnydale… or what’s left of it?”

Eleonora Carlini is a comic book artist from Italy. She started her career working with several Italian publishers, then made her debut in American comics with Grimm Tales of Terror from Zenescope Entertainment and Doctor Who from Titan Comics. In 2015, she started to work with DC Comics, on Batgirl of Burnside, Green Arrow, Harley Quinn, and Suicide Squad. In 2017 and 2018, she collaborated on a new project for Aftershock Comics called Backways, written by Justin Jordan, as well as becoming the artist for Saban’s Go Go Power Rangers series from BOOM! Studios.

“Buffy will always hold a piece of my heart,” said artist Eleonora Carlini. “I remember when I used to go to my grandmother’s house after school and have lunch in front of the TV because I didn’t want to miss a single note of the opening theme! This memory makes me smile every time. And now, so many years later, it’s an absolute thrill to be a part of this, working on HELLMOUTH.”

“Buffy and Angel’s paths were always headed for a head-on collision, and HELLMOUTH is where they finally meet face-to-face for the first time, although it’s not going to go necessarily how you might think,” said Jeanine Schaefer, Executive Editor, BOOM! Studios. “Buffy’s got no reason to trust a vampire, even one with a soul, and she might have cost Angel the only chance he’d ever get to become a human again, so there’s bad blood between the two, meaning it’ll be twice as difficult to save the world from the HELLMOUTH as Buffy and Angel butt heads!”

Print copies of HELLMOUTH #1 will be available for sale on October 9, 2019 exclusively at local comic book shops (use comicshoplocator.com to find the nearest one) or at the BOOM! Studios webstore. Digital copies can be purchased from content providers, including comiXology, iBooks, Google Play, and the BOOM! Studios app. 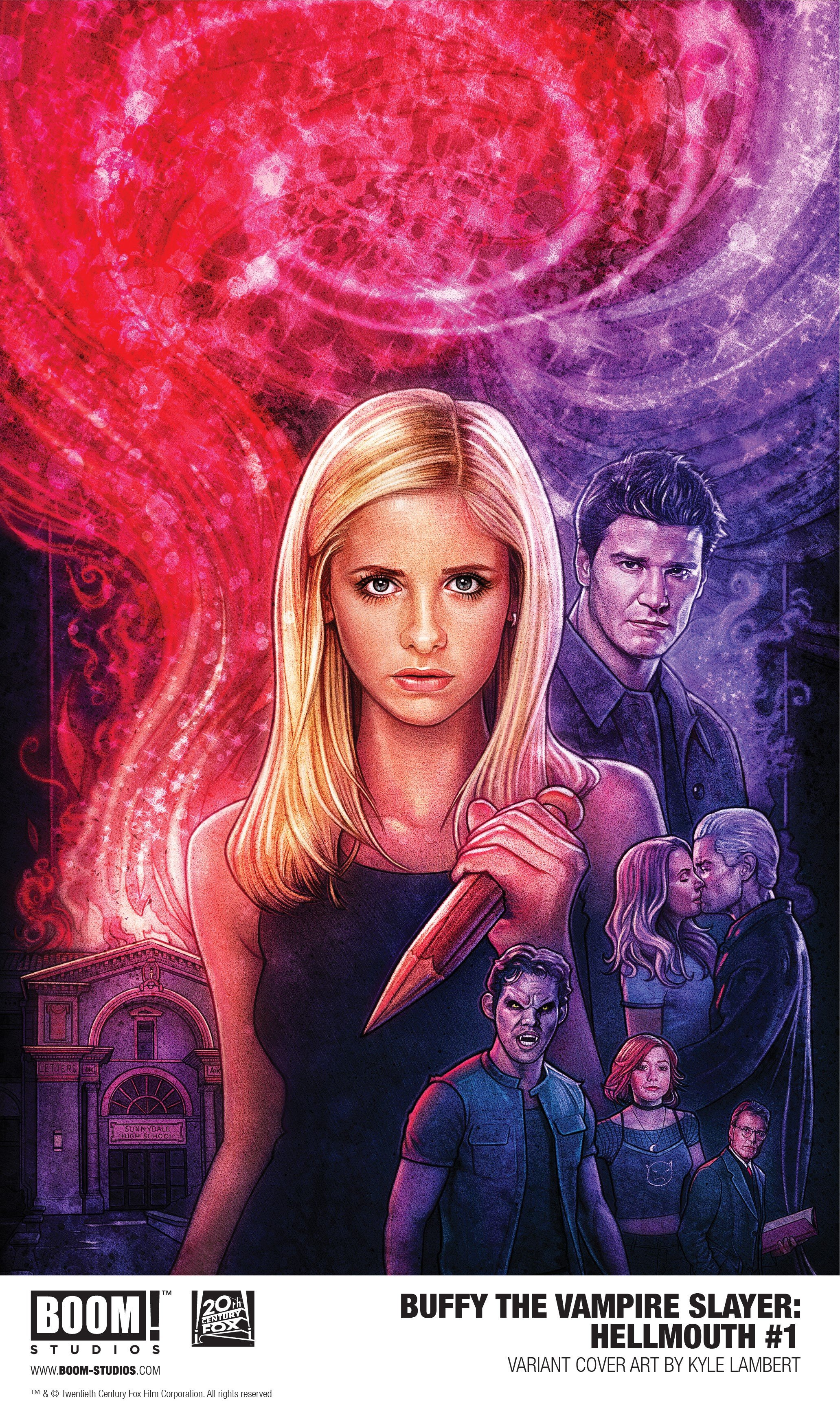 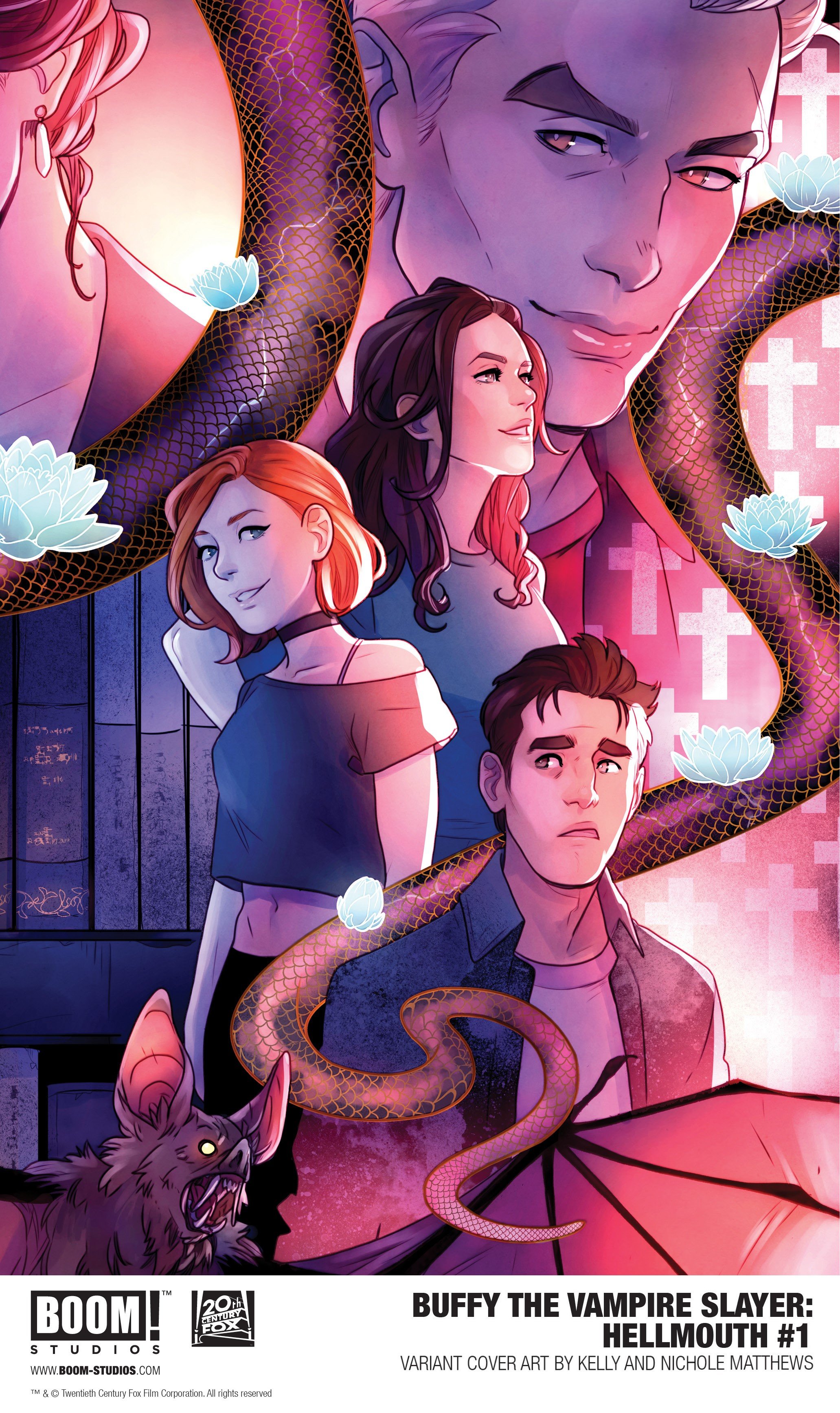 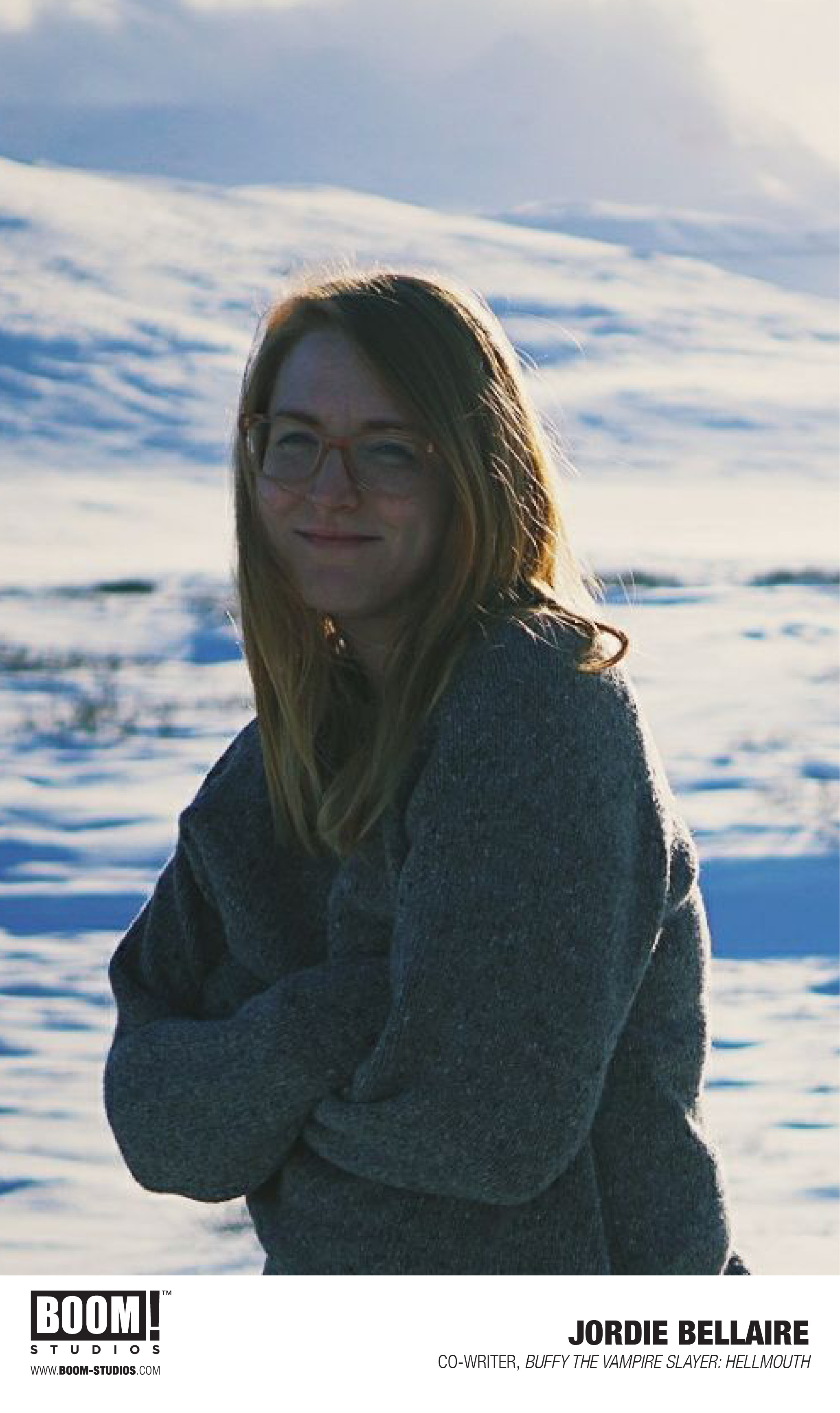 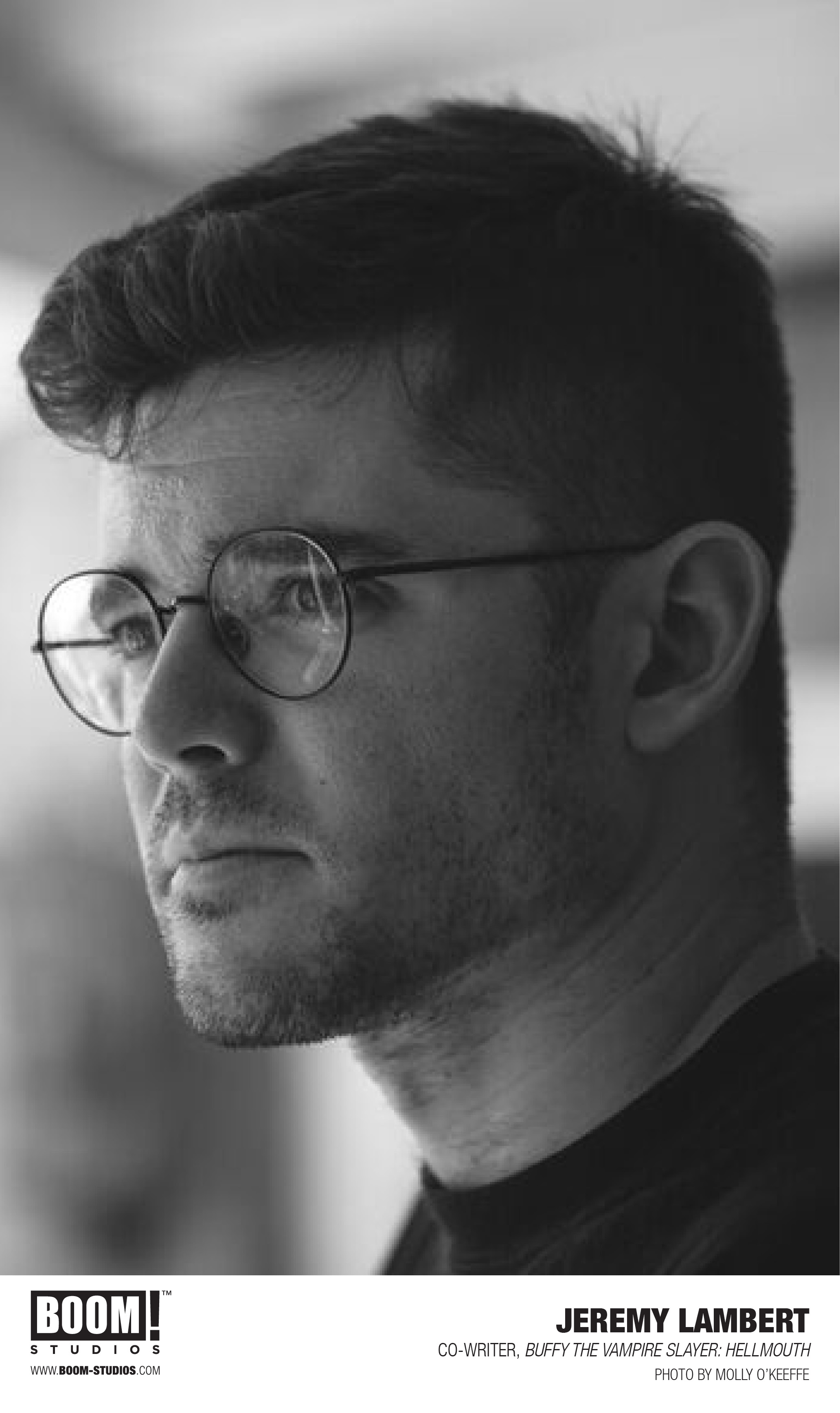 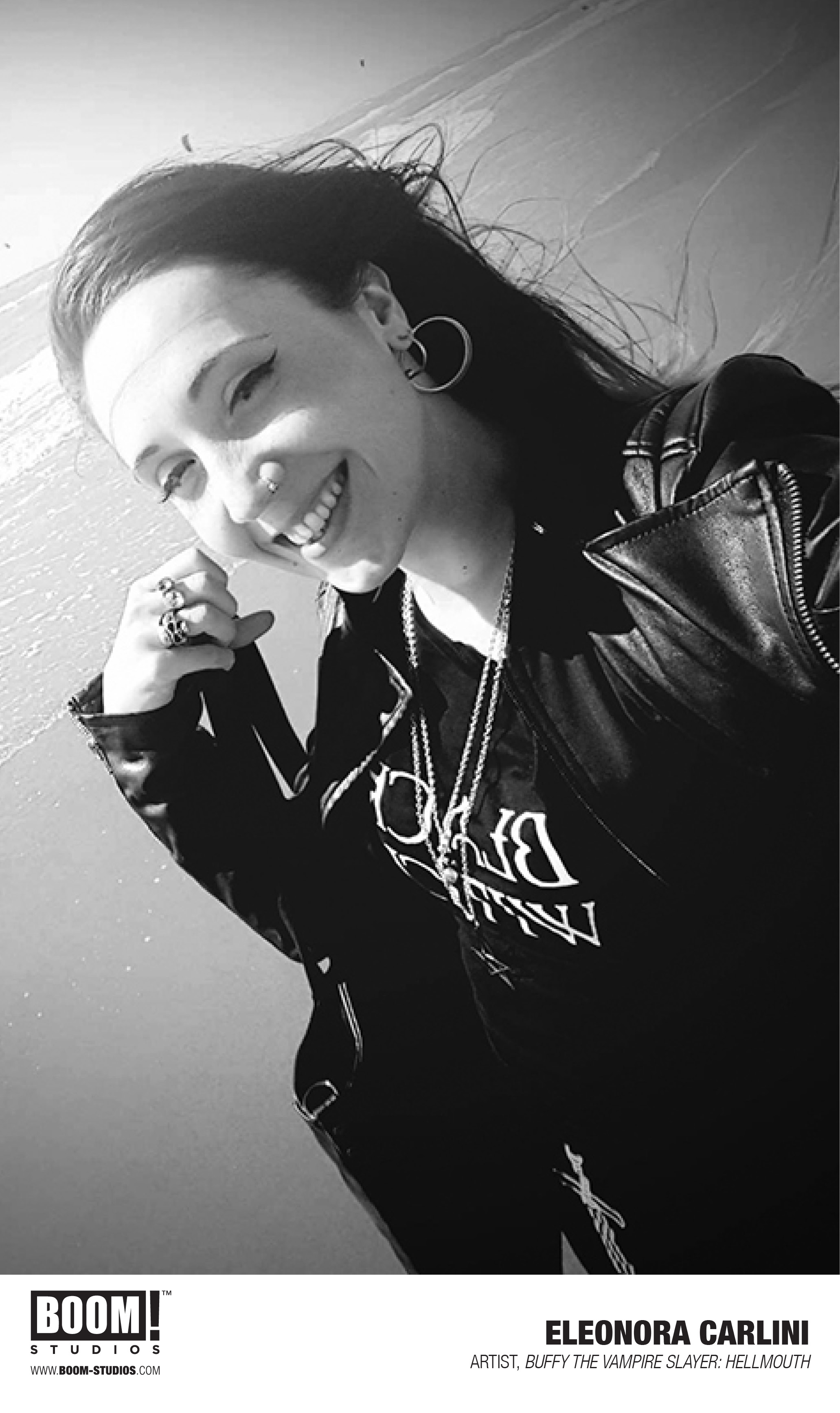 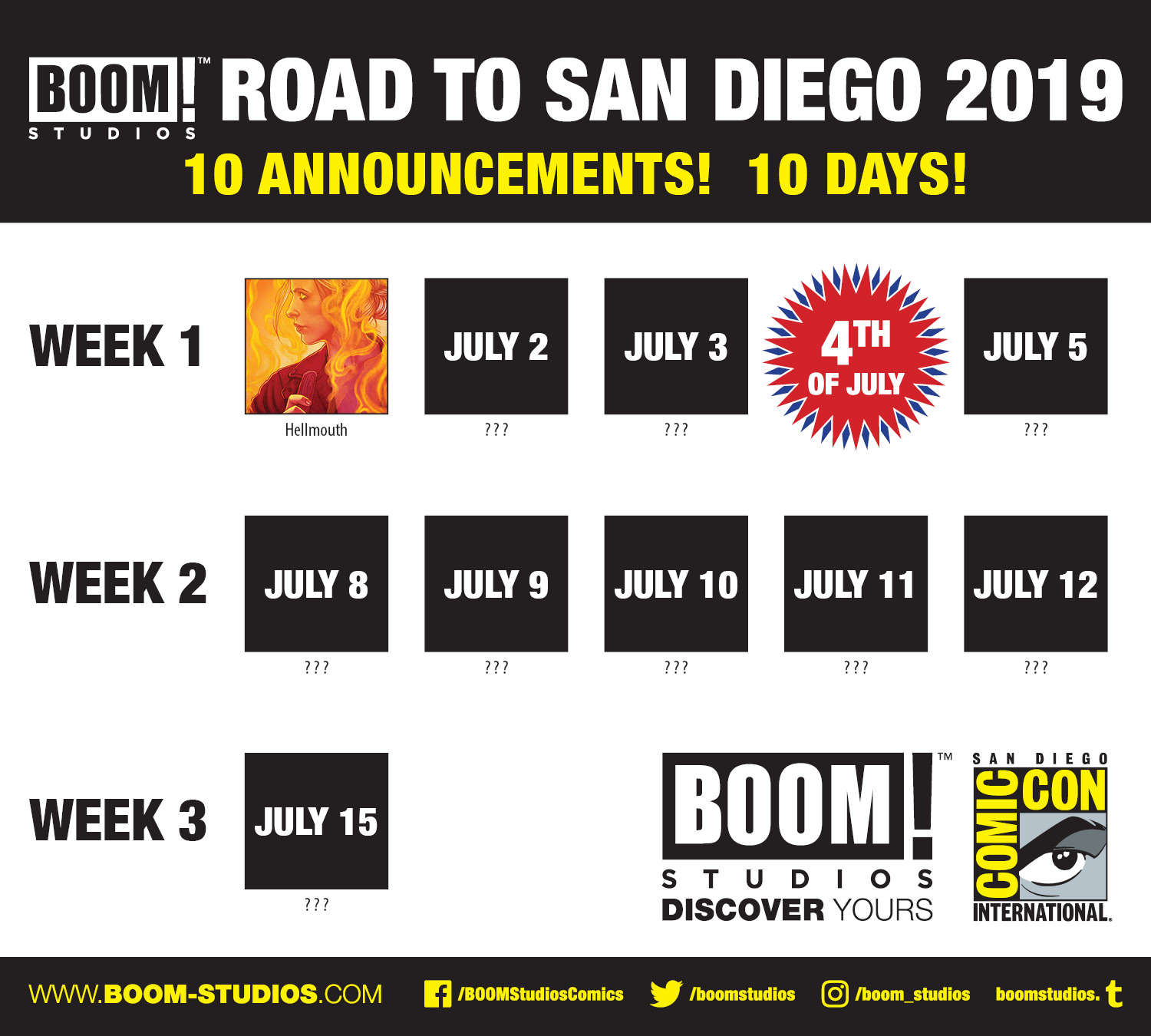