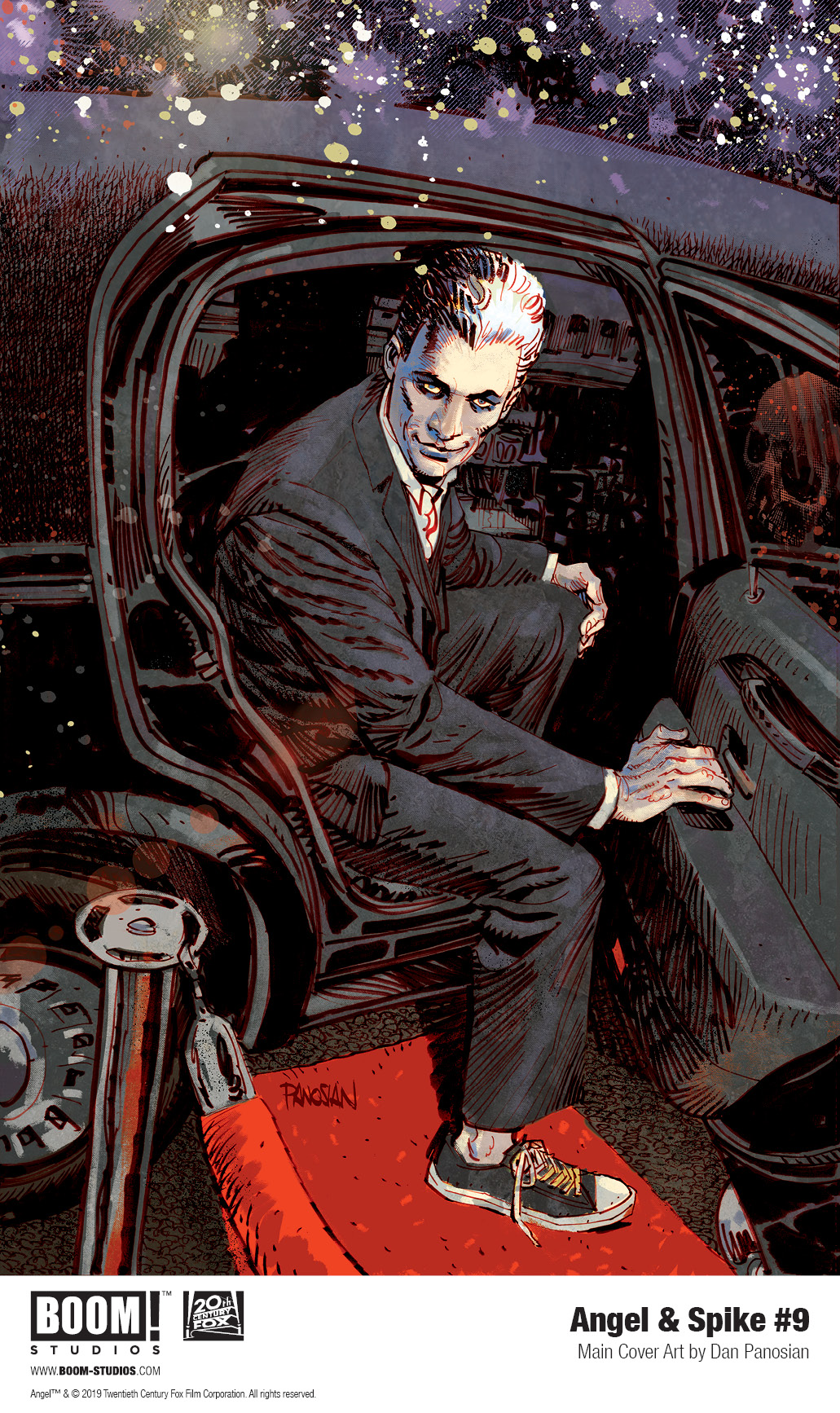 LOS ANGELES, CA (November 20, 2019) – After the shocking conclusion to the first-ever Buffy & Angel comic book event, Hellmouth, comes a stunning new era for the Buffyverse in RING OF FIRE!

This all new direction for the Buffy the Vampire Slayer and Angel comic book series begins in… ANGEL & SPIKE #9? That’s right, it’s a new name for a new direction in February 2020 as acclaimed filmmaker and writer Bryan Edward Hill (American Carnage, Fallen Angels) and rising star artist Gleb Melnikov, along with series creator and story consultant Joss Whedon (the visionary writer/director behind Firefly, Marvel’s The Avengers, and more) plunge the City of Angels into mayhem.

But as Gunn, Fred, Lorne and Lilith fight back against the evil that’s infected their city, they can’t do without the help of their vampire leader…Spike! As TEAM SPIKE faces down the new threat of legal firm Wolfram & Hart, there’s one question on everyone’s minds: What happened to Angel?

In the aftermath of Hellmouth, the new normal looks like a RING OF FIRE, unfolding in issues of Buffy the Vampire Slayer and the new Angel & Spike ongoing series, beginning with ANGEL & SPIKE #9. Read closely, because each issue will have clues leading to an unprecedented revelation that will leave every Buffyverse fan stunned!

“Betrayal, heartache, and violence are what the new TEAM SPIKE have to look forward to in the post-Hellmouth landscape we’re calling RING OF FIRE,” said Jeanine Schaefer, Executive Editor, BOOM! Studios. “You know, all the good stuff! They think evil has landed in Los Angeles, but what they’ll find is that it’s been there all along, and the source they discover is staggering.”

Print copies of ANGEL & SPIKE #9 will be available for sale on February 26, 2019 exclusively at local comic book shops (use comicshoplocator.com to find the nearest one) or at the BOOM! Studios webstore. Digital copies can be purchased from content providers, including comiXology, iBooks, Google Play, and Madefire. 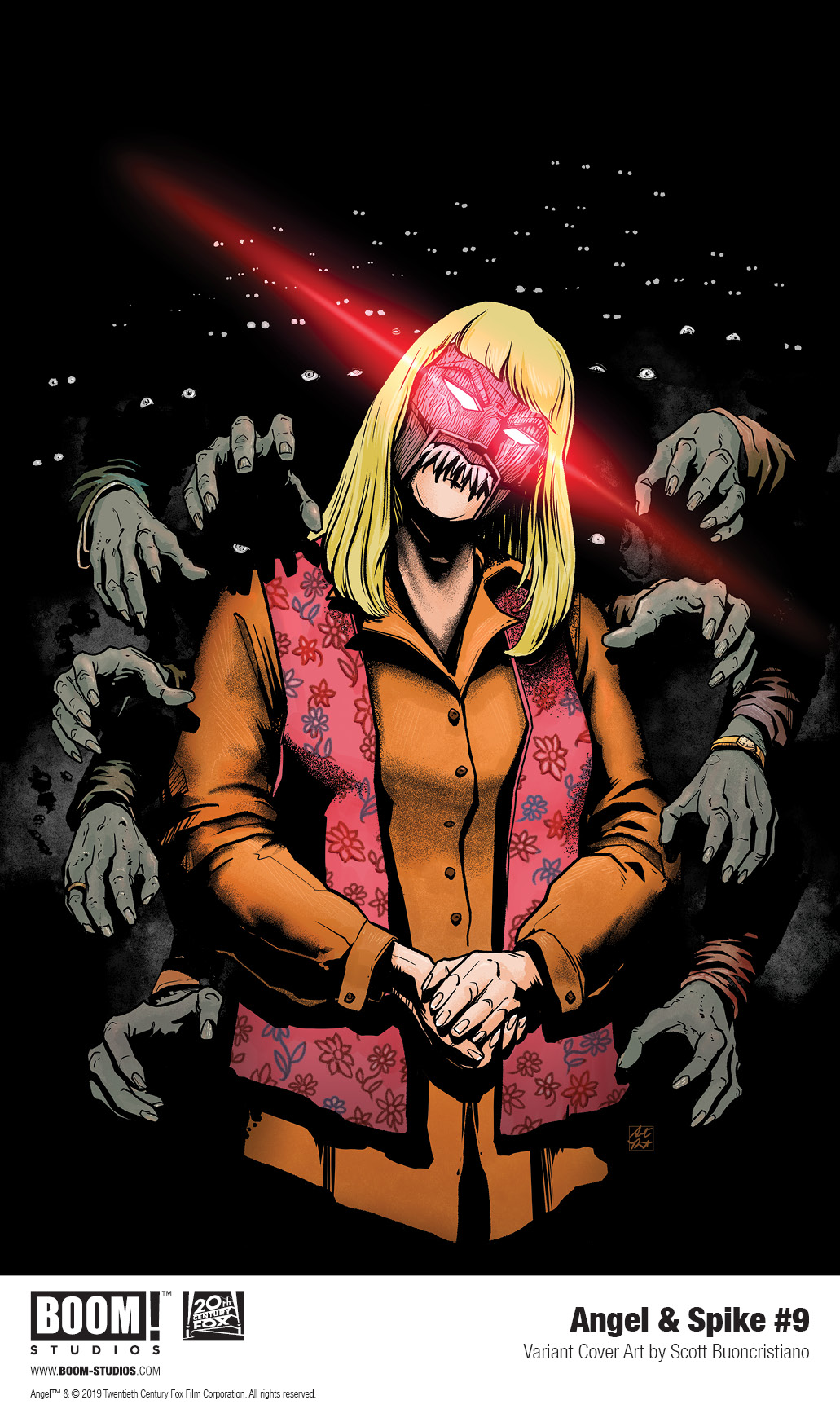 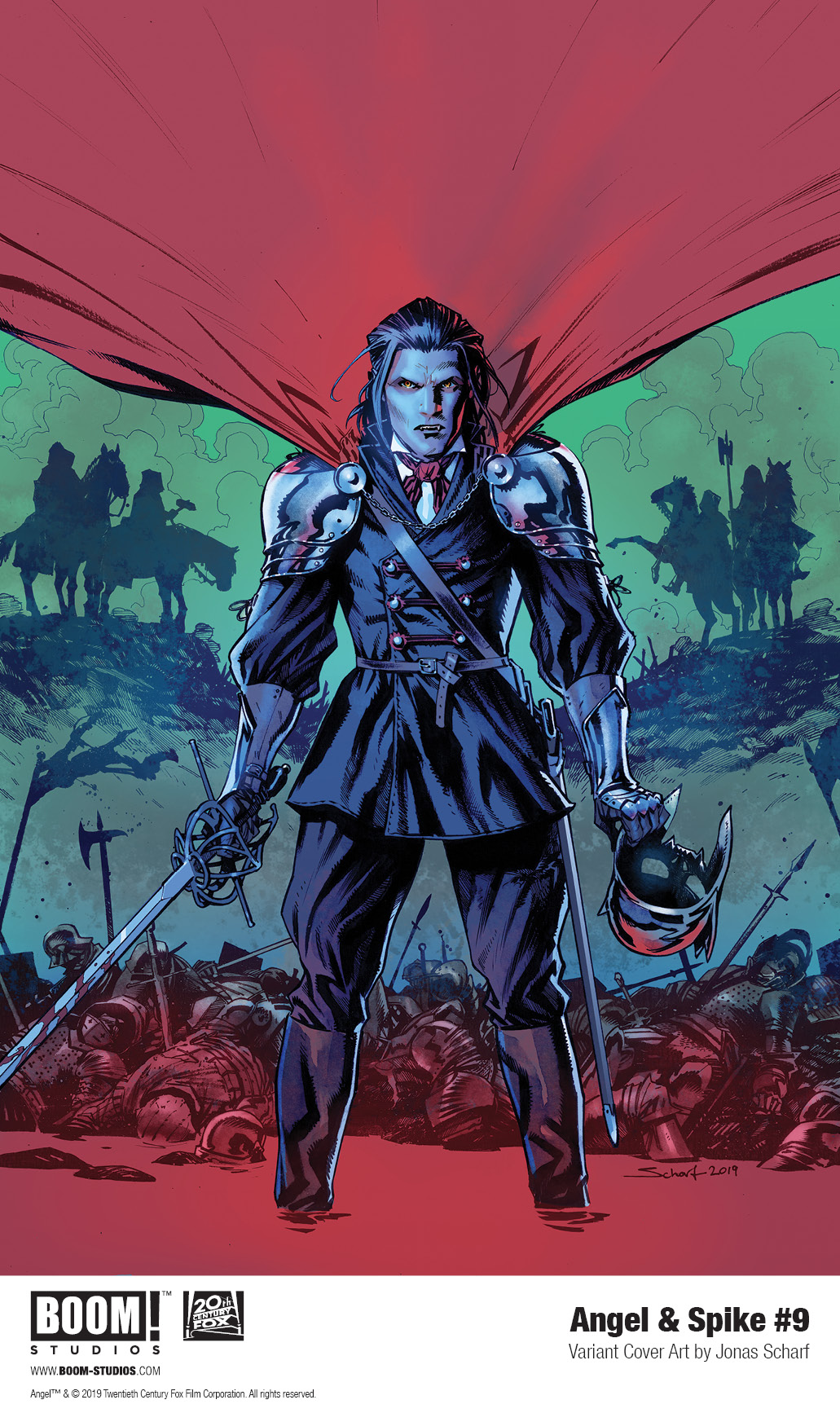 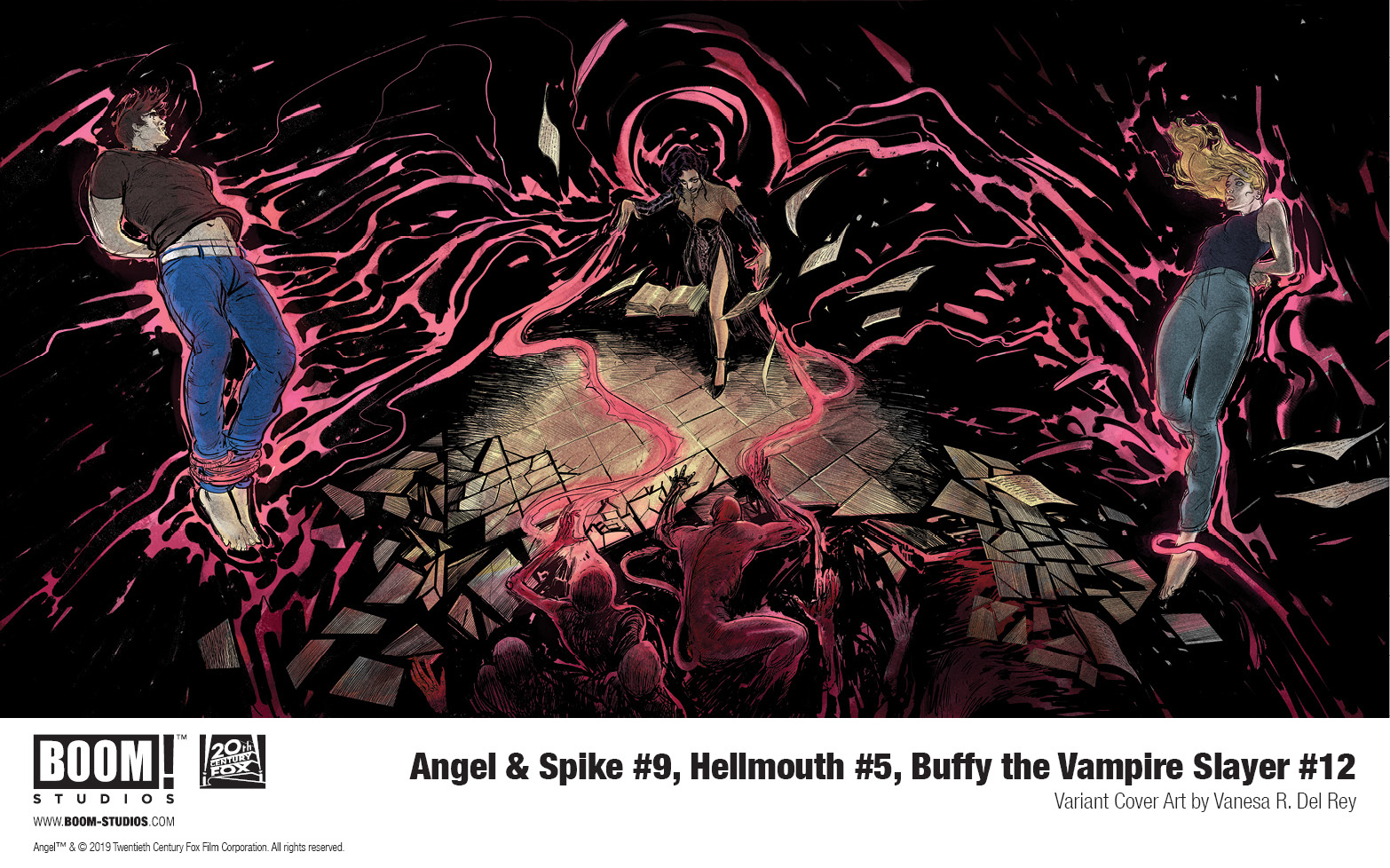 Stay Home Comic Con is back after a successful first edition