The Boys Bring It Home With Third Hardcover Omnibus! 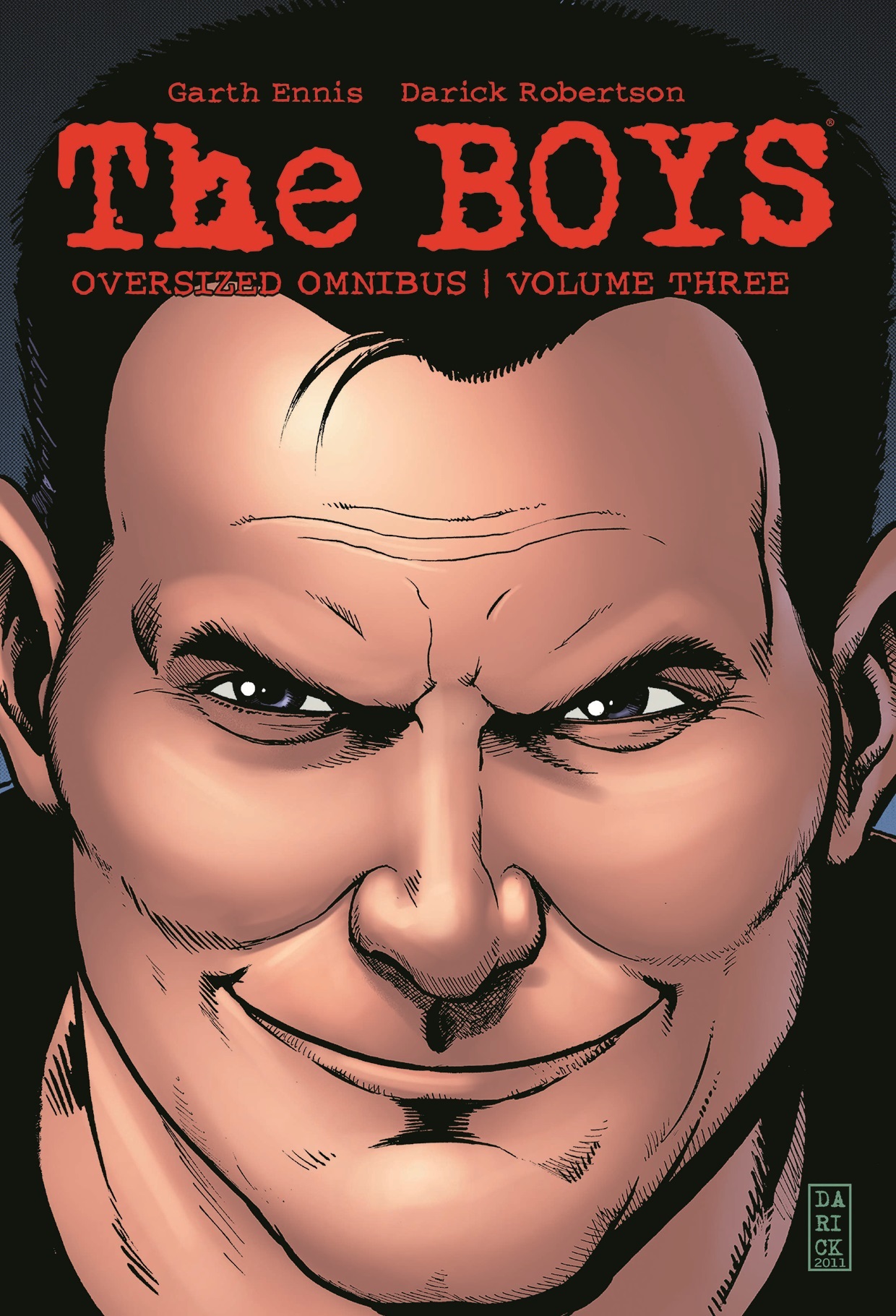 March 14, Mt. Laurel, NJ: The Boys are kicking down everyone’s metaphorical door one more time, with the viral sensation spinoff The Boys: Diabolical on Prime Video now, and the hotly anticipated third season around the corner in June. Dynamite is adding to the fun with the third and final oversized omnibus hardcover of the original comic series with a targeted release for July.

Writer and co-creator Garth Ennis shared, “Great to see these new editions from Dynamite, I hope there’ll be many more.”

“With Season 3 of the Amazon Prime show about to launch, people are showing a lot of interest in the original comics,” added artist and co-creator Darick Robertson. “And these omnibuses have been a great opportunity for new readers to jump in and discover the original stories that inspired the show.”

At nearly 800 beautiful and grizzly, oversized pages, wrapped in a sleek dustjacket, and stuffed with extras, the finale goes out with a bang even louder than the kickoff. 30 full issues are reprinted within, comprising #49-72 of the core title The Boys, as well as the third and final original interlocked miniseries, Butcher, Baker, Candlestickmaker.

In this harrowing and explosive last chapters, all of the deepest, darkest secrets are revealed that the hit show has yet to delve deeply into. Wee Hughie is guided by Mallory through the early history of The Boys, including their first face-off with The Seven. Then, take a bit of a breather – not really – with a chronicle through fan-favorite Billy Butcher’s earliest years and his life with Becky before everything went wrong. Only to jump back to the main arcs as Butcher finally nears getting his revenge and Homelander starts a literal superhuman war. Lastly, it all falls to Hughie for the climax, and we wouldn’t dare spoil it!

Extras in this volume include sketchbook excerpts from co-creator Darick Robertson and Russ Braun, plus a pinup gallery. Saved for this finale is the original series outline, with added commentary by writer and co-creator Garth Ennis. As well as curated scripts with commentary and art process.

Following strong early numbers on the first volume, Dynamite is excited to bring this hall of fame level series to fans new and old in this new deluxe format, voted by CBR readers as one of the 100 greatest comic book runs of all time.

THE BOYS: OVERSIZED OMNIBUS HC VOL 3 is solicited in Diamond Comic Distributors’ April 2022 Previews catalog, the premier source of merchandise for the comic book specialty market, and slated for release in June 2022. Comic book fans are encouraged to preorder copies of the issue with their local comic book retailers. It will also be available for individual customer purchase through digital platforms courtesy of Comixology, Kindle, iBooks, Google Play, Dynamite Digital, ComicsPlus, and more!