The Boys are Back in Town!

January 23, Mt. Laurel, NJ: The Boys are returning to comics, or at least what’s left of them, with their original writer and creator Garth Ennis for the sequel, Dear Becky. 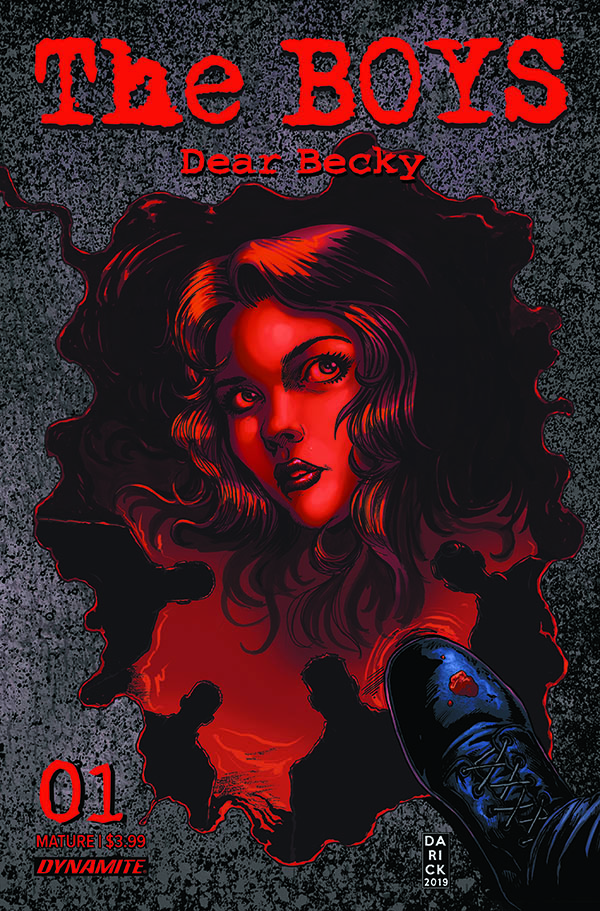 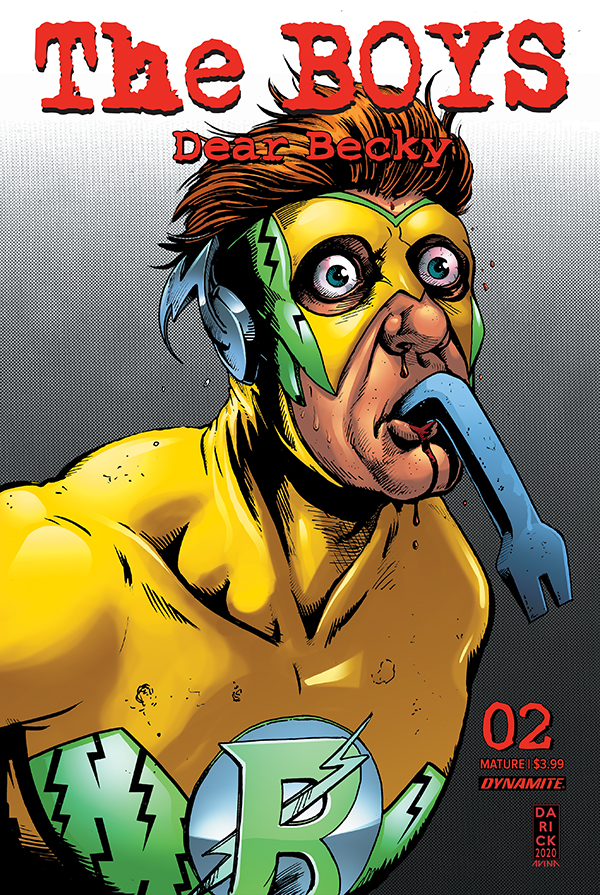 Following the massive success of the comics and Prime adaptation, with over 150,000 omnibuses sold in 2019, Garth Ennis (Punisher, Preacher) returns to Wee Hughie, Billy Butcher, Vought and more in this hotly anticipated new entry. Picking up in-story 12 years after the finale of the 90 issue epic run, the marriage of Hughie and Annie (Starlight) is derailed by a mysterious document that threatens to rip open the scars of the past and reveal nightmarish truths about The Boys.

Joining Ennis on this series are some returning greats. Russ Braun (Fables, Hellstorm) picks right back up on interiors years later, after drawing a large chunk of the original series following series co-creator Darick Robertson. Robertson (Transmetropolitan, Wolverine) returns to contribute covers. For his first, Robertson once more calls back to the very first cover with The Boys looking down on something, as was also seen with #7 and #50.

“Originally I never intended to do more with The Boys at all, but for obvious reasons I’ve found myself thinking about the story and characters again over the past couple of years,” said writer Garth Ennis. “There was one aspect of the original story, and one character in particular, that I never felt got a fair shake- Becky Butcher, whose demise motivates her husband Billy to do the terrible things he does, but who only actually appears in two issues of the original book. I liked writing Becky very much, almost as much as Butcher himself, and I wanted to look in greater detail at how her relatively brief appearance cast such a long shadow.”

Darick Robertson adds, “This comic has always been close to my heart and seeing the response to the show and the new drove of readers discovering the original material, makes the timing for this series a wonderful opportunity to bring fresh material to the new readers as well as a treat for the original fans. Revisiting these characters is a nice feeling, and creating covers for the series and collaborating with Ennis again is a treat.”

Using a flashback structure, Dear Becky will flesh out both the pre-history of The Boys, call back to classic moments, and move the story forward. It’s an indispensable chapter for all fans of The Boys, going back nearly 15 years or new to the story from the show.

“We were extremely pleased with the entire Boys series, and felt that it was one of Garth and Darick’s greatest works – and that is saying something!,” said Nick Barrucci, Dynamite CEO and Publisher. “When Garth came back to with a new story, we were surprised but also excited of course. Once he clued us in, we were floored. It’s gratifying that Darick has been able to make time for the covers with his current schedule, and having Russ Braun return to draw the series too. We’re excited to bring this new yarn to fans and retailers!”

Created by Garth Ennis and Darick Robertson, The Boys debuted in 2006 at Wildstorm, but was canceled and picked up by Dynamite. Running until 2012, the series attracted both critical praise and controversy as Ennis infused it with his trademark wit and criticisms of society and the superhero. In 2019 Amazon Studios released a television adaptation of the series to their Prime platform, developed by Erik Kripke and starring Karl Urban, Jack Quaid, Antony Starr, Erin Moriarty and others. Out the gate, the series was a success with high user ratings and viewership, glowing reviews and viral engagement. A second season is set to release this year. To accompany the show, Dynamite recollected the entire comic series into six affordable paperback omnibus volumes, each featuring an official alternate photo cover. The series sold over 150,000 copies through 2019, rushing back to press multiple times.

Dynamite will also release a promotional poster of The Boys, perfect for both retailers and fans to advertise the series or show off their fandom. Additionally, all six volumes of The Boys Omnibus are available to catch up on the original comic, as well as art books and collectibles. 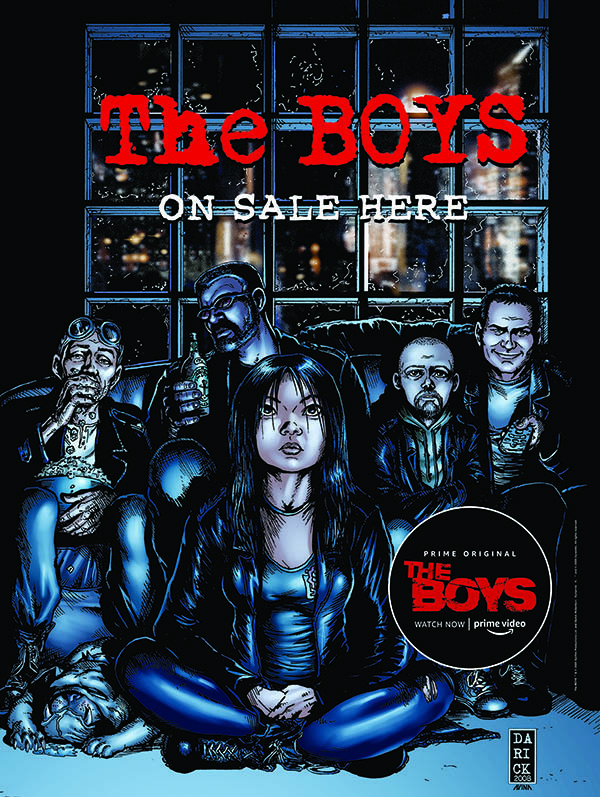 THE BOYS: DEAR BECKY #1 will be solicited in Diamond Comic Distributors’ February 2019 Previews catalog, the premier source of merchandise for the comic book specialty market, and slated for release in April 2020. Comic book fans are encouraged to preorder copies of the issue with their local comic book retailers. It will also be available for individual customer purchase through digital platforms courtesy of Comixology, Kindle, iBooks, Google Play, Dynamite Digital, ComicsPlus, and more!