Journey along with these humorous tales of adventure in this visually stunning anthology from the minds of Matthew Summo and Pete Collins!

BARDIC VERSES is the new whimsical adventure anthology from the genius minds of Matthew Summo and Pete Collins. BARDIC VERSES quests into Kickstarter THIS September!
Imagine the adventure from the bard’s perspective. Often regulated to being the NPC in today’s games and the storytellers of other people’s adventures throughout history- now the Bard takes center stage. Each story of BARDIC VERSES shares a hilarious tale of misadventure with trolls and dragons and MORE set in the Medieval Ages- the age of heroes. Can the Bard live up to the ideals of his father, the legendary Searoar Swordhand? 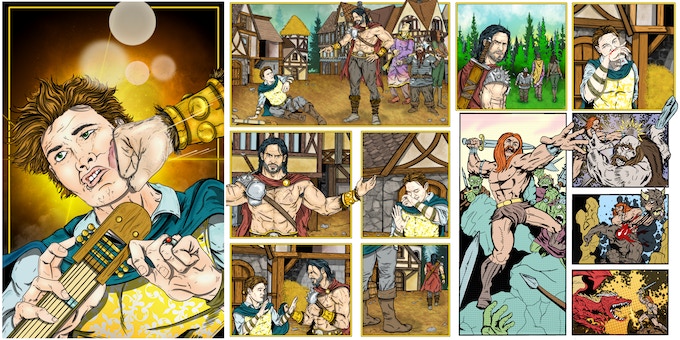 BARDIC VERSES is a new anthology graphic novel coming to Kickstarter this September. BARDIC VERSES is already garnering strong buzz throughout social media due to a strong marketing campaign and positive word of mouth. Audiences are loving its beautiful artwork and entertaining stories told with fresh voices with a deep love for their craft.

“I’ve always wanted to tell an underdog story and the Bard is the ultimate underdog,” explains writer Matthew Summo, “They’re not a warrior or some great magic practitioner, they’re just a storyteller. BARDIC VERSES really allows me to cut loose and have fun. I’m truly excited to take readers on this journey that has meant so much to me. None of this would have been possible though if I had not met my friend and collaborator, Peter Collins.” 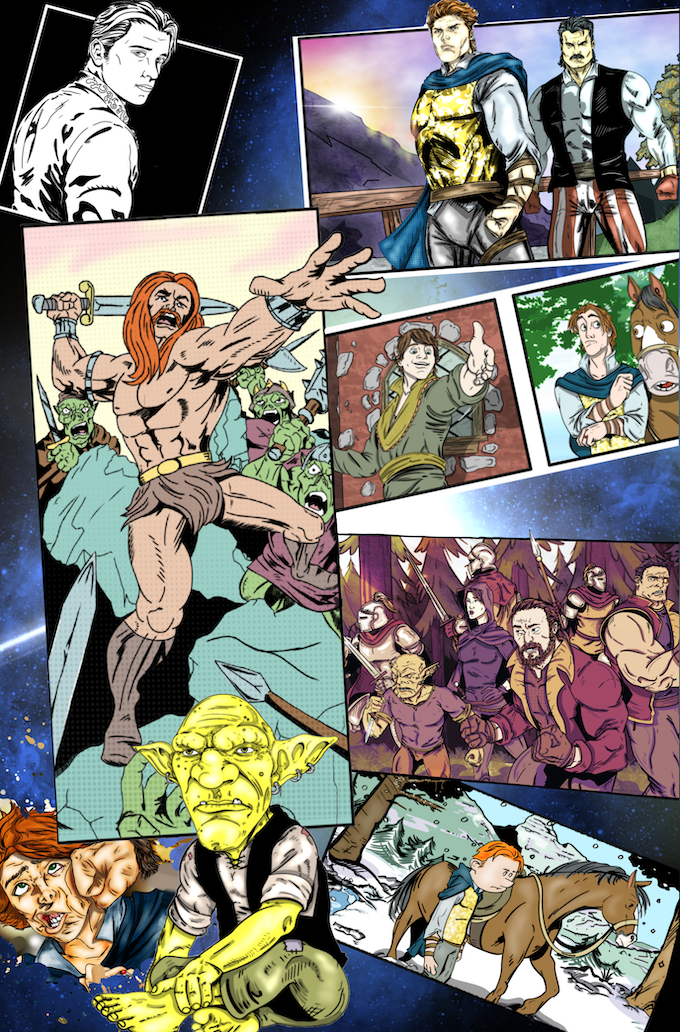 Pete Collins adds, “This book allows me to get back to a dream I had when I was younger. My dream was to make something tangible with my art- something I can show my children and encourage them to not lose sight of their own dreams. Matt and I met at work and a friendship developed over our love for comics. Now, together, we are thrilled to share BARDIC VERSES with the world.”